If you ever have the opportunity, do yourself a favor and go visit the Birch Bayh Federal Building and U.S. Courthouse–the space is breathtaking. Between the mosaics, stained glass, miles of marble and undulating spiral staircase, prepare to have your breath taken away. In the meantime, check out this week’s video and a few photos from our recent visit. (With special thanks to Doria Lynch and the GSA)

* The Beaux Arts style original structure was designed by Philadelphia architects, John Hall Rankin and Thomas Kellogg, who were selected from an open competition under the same act that approved construction of 35 federal buildings, nationwide. 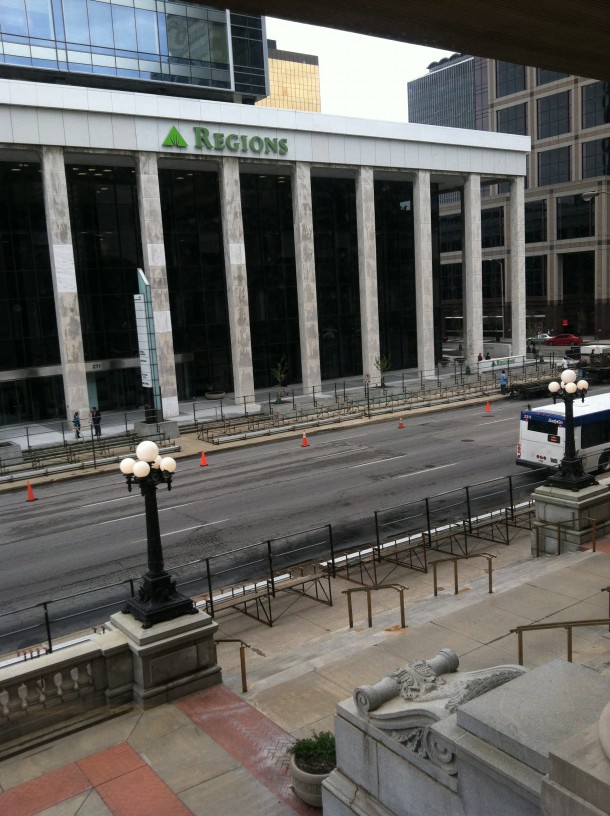 The scroll detail in the lower right corner mimics that of what existed outside former nearby property, the Blind Institute which is now located on North College. Look outside the school for a scroll that looks like this one next time you are passing College in the 7000's North. 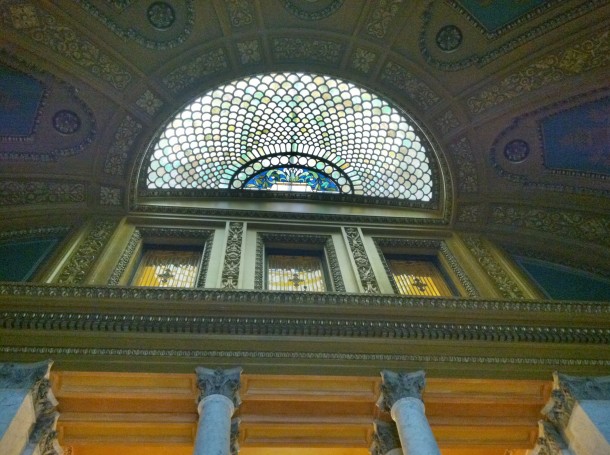 An abundance of detailed architectural riches...

* Started as U shaped, but was expanded, with the north side of the structure being enclosed in 1938 with a design by local architectural firm of McGuire and Shook

* As originally planned, the post office used all of the first floor for sorting and service. 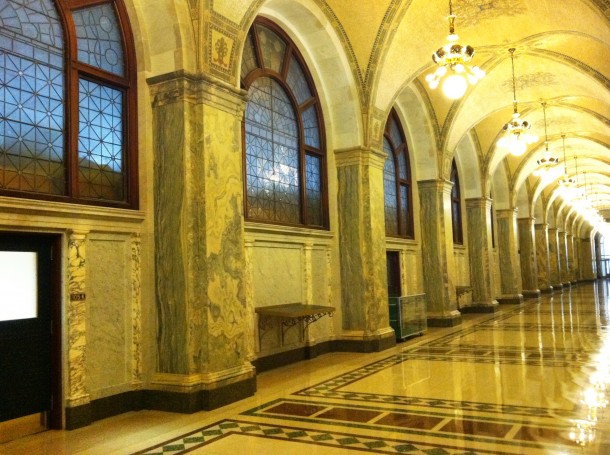 Postal customers used to haunt this hall on a regular basis.

* When first built, there were two rooms set up on the fourth floor of  the building, with 10 beds each for use of ‘railway mall clerks.’

* WPA murals by artist Grant Christian were completed in 1938 depict the history of transportation and mail delivery in Indianapolis.

* Roman style glass mosaics dazzle the vaulted ceilings on the first floor–and are one of the most unique spaces in the city of Indianapolis. 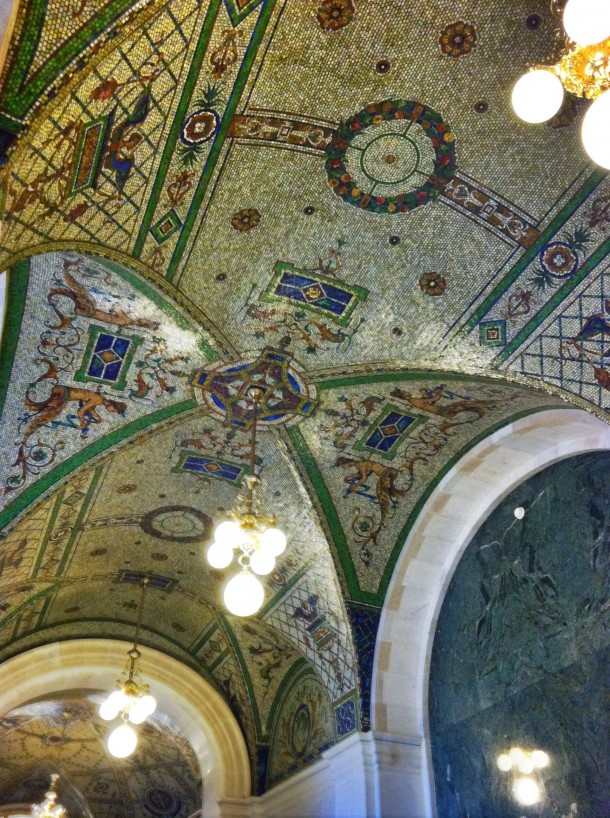 A small sampling of the stunning interior mosaics.

Check out our video tour on the HistoricIndianapolis youtube channel. 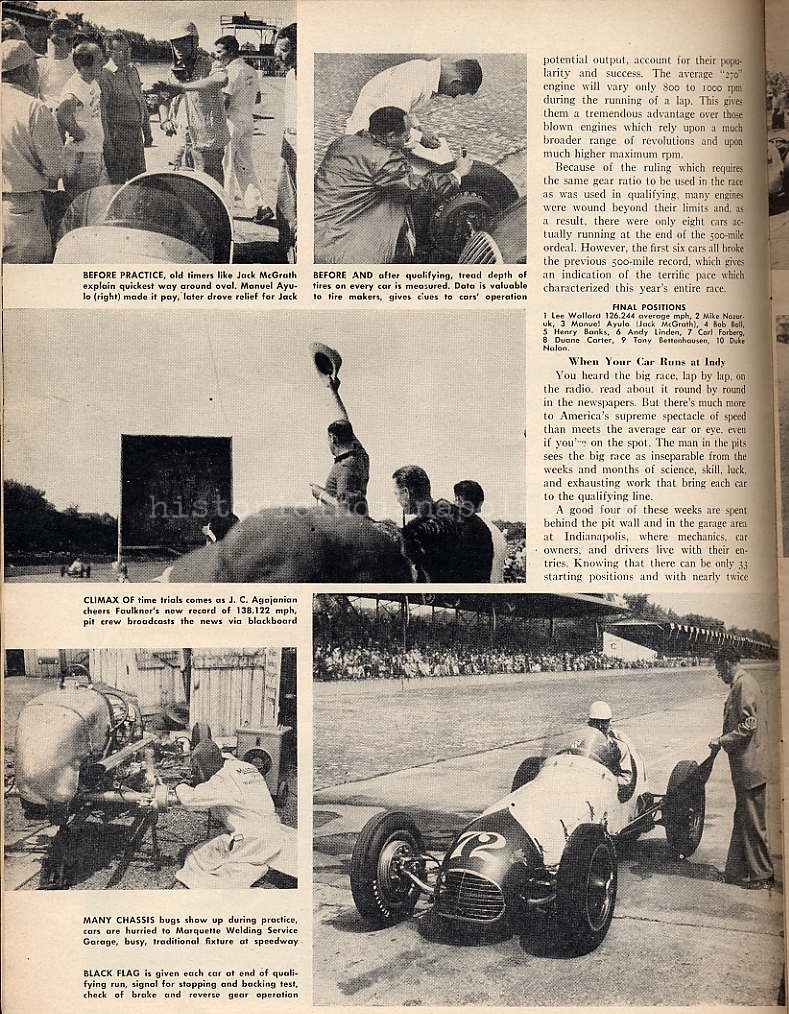