This is the first first-person account written by an Historic Indianapolis.com reader–I hope the first of many. This story is deeply touching and is divided into two parts. The conclusion will run tomorrow, in honor of Mother’s Day. Read both parts, you’ll understand why. We all have stories to tell that connect with significant events in Indianapolis and we’d love to share more. Many thanks to Janie Hensley for her bravery.

It’s strange how people remember things. My life is broken into two main areas: before and after an incident that happened when I was 13. My life after that incident is broken into smaller pieces according to where I lived, but the major change in my life happened at the Coliseum on the State Fairgrounds in October 1963 at a skating exhibition. 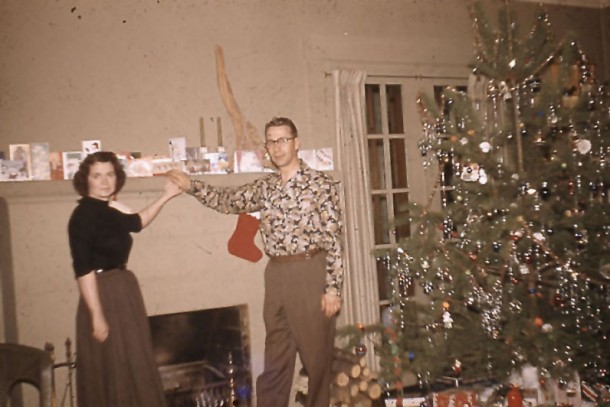 Violet and Alfred White, in the old family home on Central Court

My name is Janie White Hensley. I am the youngest daughter of Alfred and Violet White, and little sister to Anne White Cornell. I was born in Indianapolis in 1950. I know that when we look back at our youth, we imagine that life was much simpler and easy going. In some ways it was, in others I think that it was just that as children we were a lot more innocent to the ways of the world.

I grew up in a neighborhood that was like a small world unto itself. We walked to and from school, church, the drug store, the grocery store, the library, and just about anywhere else we needed to go. On trips to the library we would sometimes stop at a candy store, it was just above 38th Street (in the basement of an apartment building), around the corner from the fire station. When we went into town, we took the bus. I vaguely remember the switch to buses from electric streetcars. Our neighborhood was a mix of all kinds of people, from all kinds of different backgrounds. 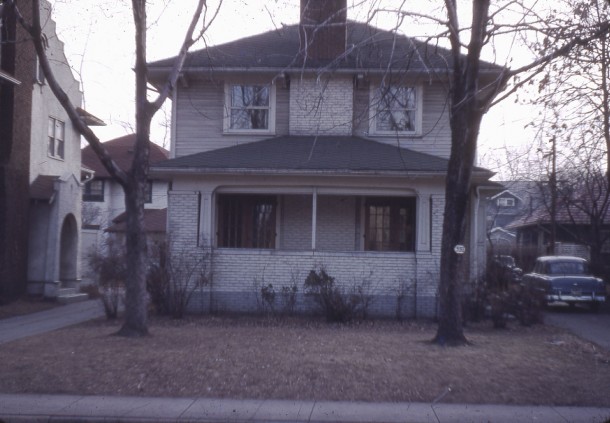 I grew up on Central Court—a U-shaped street off of Central Avenue, north of 34th street. It was a quiet street to live on, and I knew just about everybody on the entire street. We, the neighborhood kids, played between houses and around the neighborhood. We raked leaves into shapes like rooms in a house, or just piled them up and jumped in them. We played hide-and-seek, kick-the-can, statue, hopscotch, mother-may-I, red-rover, and just about any other game our imaginations could think up. We roller-skated on the bottom part of The Court. One of the mothers on that end of The Court was the designated “hospital.” Even though most of the mothers were at home, since her house was the closest, if you fell and got cut or scraped a knee, she’d put methylate and a bandaid on you, and sent you back out to play.

Our house had a screened-in front porch. We would sit out there and read the Sunday funnies. Or, on hot summer evenings our family would eat on the porch. There use to be a gentleman–Mr. Green I think–who came around during the summer in an old panel truck and sold fresh fruits and vegetables. I spent many Memorial Days listening to the race from the porch. Every day during the summer there was time in the afternoon where every child went home to nap or rest. Many of those times for me were spent sitting on the glider on the front porch. I now live in Tennessee, and the one thing I miss the most about my former home is the screened-in porch. And as an aside, who else remembers milk being delivered to your door? I do. 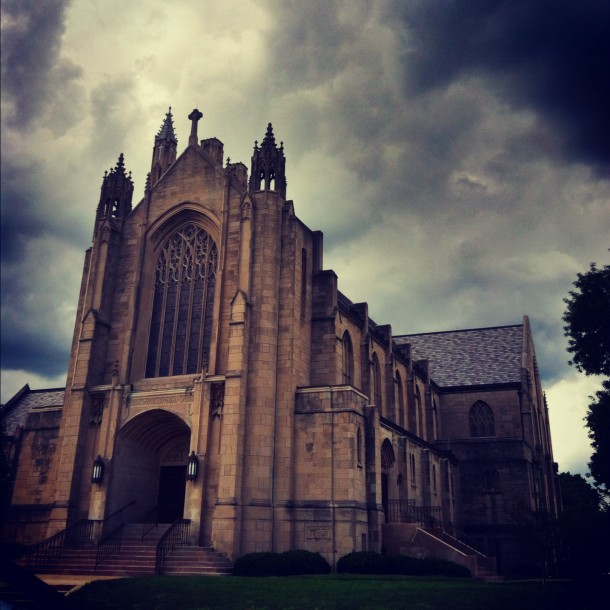 My father worked for Century Electric Company. He was an electrical engineer. He traveled and sold all kinds of electric motors for machinery. He was usually gone at least two nights a week. My father was a member of the Masonic Lodge and the Murat Shrine and was very active with Boy Scout Troop 72 based at Tabernacle Presbyterian Church, a.k.a. “Tab.” He was Scout Master and part of the Central Council. Unfortunately for my Dad, he had two girls, but we learned to camp and hike with the best of the boys. Actually we had to do everything BETTER than the boys. I even got to go to the camporees with the troop. That stopped when Dad realized the boys had figured out I was a girl. Then I only got to go hiking with the troop.

My mother was a “stay-at-home Mom.” This doesn’t seem an adequate title. No, my Mother did not have a “job” outside the home, but she took care of everything at home, including all the finances. She spent many hours of volunteer work at the church—many days I came home from school and my mother wasn’t there, she was at the church. Since my Dad was involved in Boy Scouts, we had to be involved with Girl Scouts. What that meant was that my Mother became leader of our Girl Scout troop. Needless to say, “stay-at-home moms” were and are a very busy group of women, and much more than the title conveys. 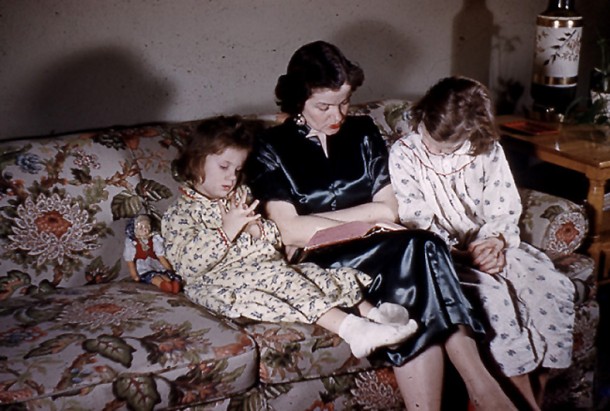 As members of “Tab” our family spent a lot of time at the church–from Thursday night suppers, miscellaneous meetings and groups, Sunday school, choir, and of course church on Sundays. The Christmas Eve service was really special. When we were really little we got to go to the 11pm candlelight service in our Pajamas. But as we got older we had to dress up. Then we came home and my Mother read “The Christmas Story” to us before we went to bed. During Christmastime there was an older lady who lived on the middle court who made origami ornaments for every family. Often the gift exchanges were things we made to share with neighbors and friends.

At 13 my life changed–never be the same again. I’m not the only person whose life changed the night of October 31, 1963, but I was one of many. For the first time, I had not begged to go to the “Holiday on Ice” show since I knew our family budget was a bit tight. I guess I should tell you that Halloween is also my birthday. And while I figured I would do what all the other kids were doing that night, my parents convinced me that at 13, I was “too old to go trick-or-treating.” And yet, it really wasn’t that I was too old, it had everything to do with the fact that they had already purchased tickets to the ice show as a birthday surprise. Everyone knew, except me.

My parents and I were seated six rows off the ice in wood folding chairs, towards the far end of the rink. While we waited for the Grand Finale to begin, I remember turning to my parents and thanking them for bringing me to the ice show. And that’s the last thing I remember until I woke up buried under tons of concrete chunks.