A Room with a View – Municipal Gardens Park 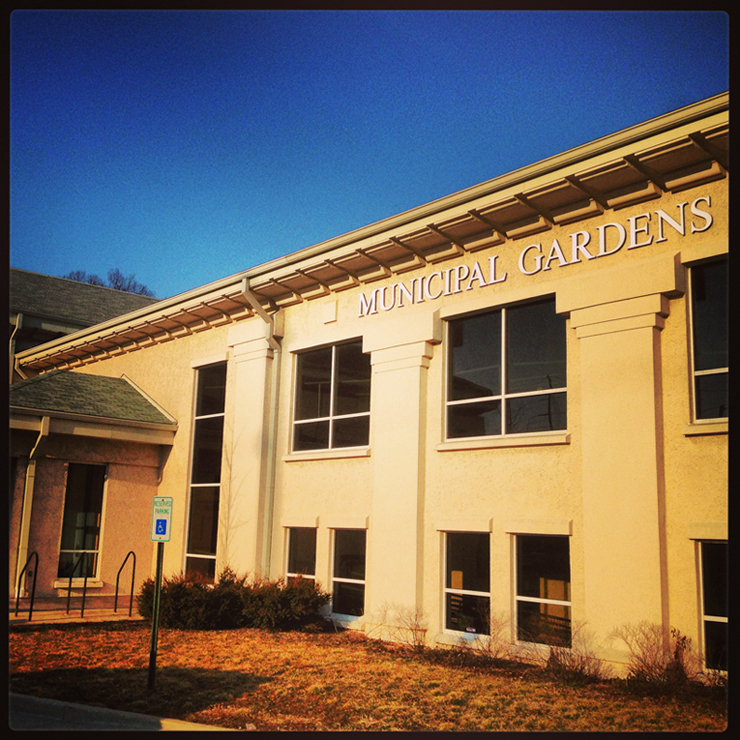 This week’s A Room with a View is really more of an Area with a View, in two parts. After scoping out the Lohrmann House at 16th and White River that Sharon Butsch Freeland highlighted in a recent HI Mailbag article, I turned north and drove up a stretch of Lafayette Road I had never before traveled and came across the Municipal Gardens Family Center. Wanting to check out more of the Gardens, I tuned up Cold Springs Road to turn around and found myself even more intrigued by a random stone gate and a boulder, set on a pedestal, up away from the road. But more on what’s in the woods next week.

The Municipal Gardens is set upon what was once the location of the Indianapolis Canoe Club, a private country club catering to the city’s elite, specifically a playground for Carl Fisher and Indianapolis’ burgeoning automobile production bigwigs. 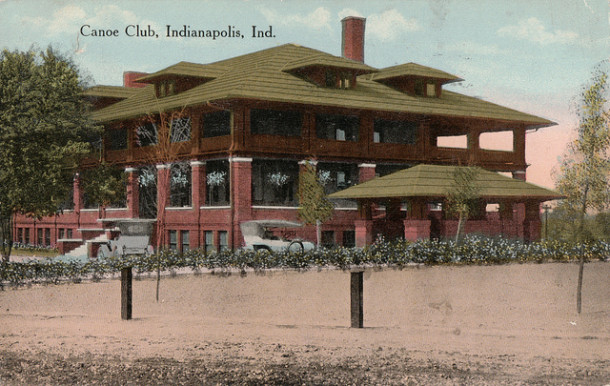 After burning down in 1916, the Canoe Club rebuilt a nearly identical building the following year but only remained there for three more years. In 1920, the Canoe Club sold their property and it was revamped as the Casino Gardens Jazz Club, featurting cornet player Bix Beiderbecke and his band the Wolverine and local hero Hoagy Carmichael. 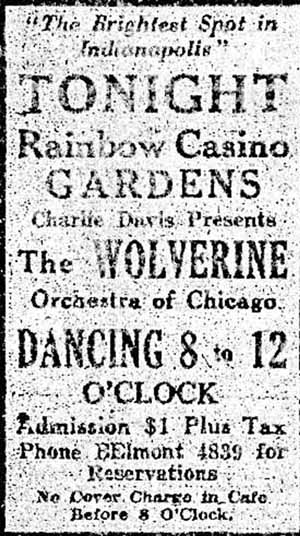 However, Bix and Hoagy’s time at the Casino Gardens was short and crowds were dwindling by the mid 1920’s. The city purchased it in 1927 and it was renamed the Municipal Gardens. Though it still functioned as a dance and music hall, it’s main focus was more and more on recreational sports. Throughout the years, the Municipal Gardens has housed several Amateur Athletic Union (AAU) champion basketball teams and helped develop former Indiana University standout Eric Gorden and former IUPUI great and current Indiana Pacer George Hill. Eli Lilly helped fund the construction of a new gym on the north side of the facility and the former dance hall turned gym became dance hall once again, restored and refurbished into a multipurpose gathering and rental space. 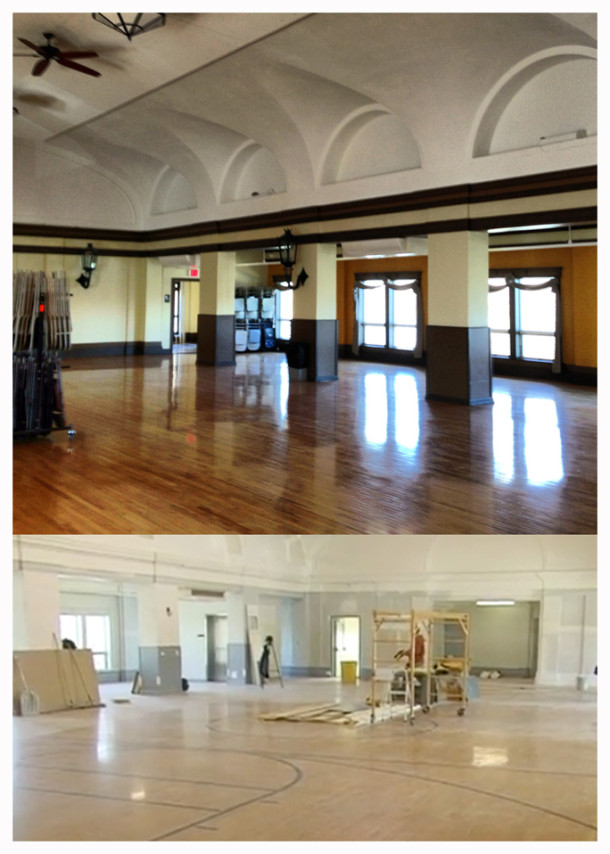 below – restoring the old basketball court into a multipurpose room (above) 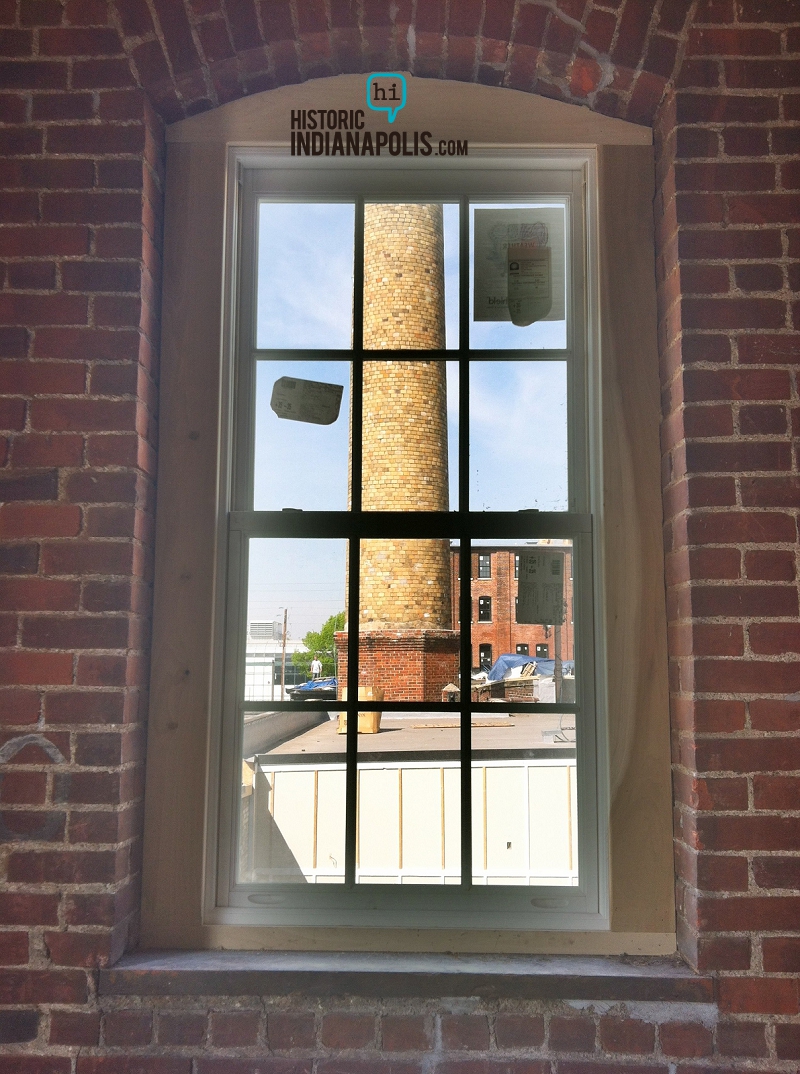 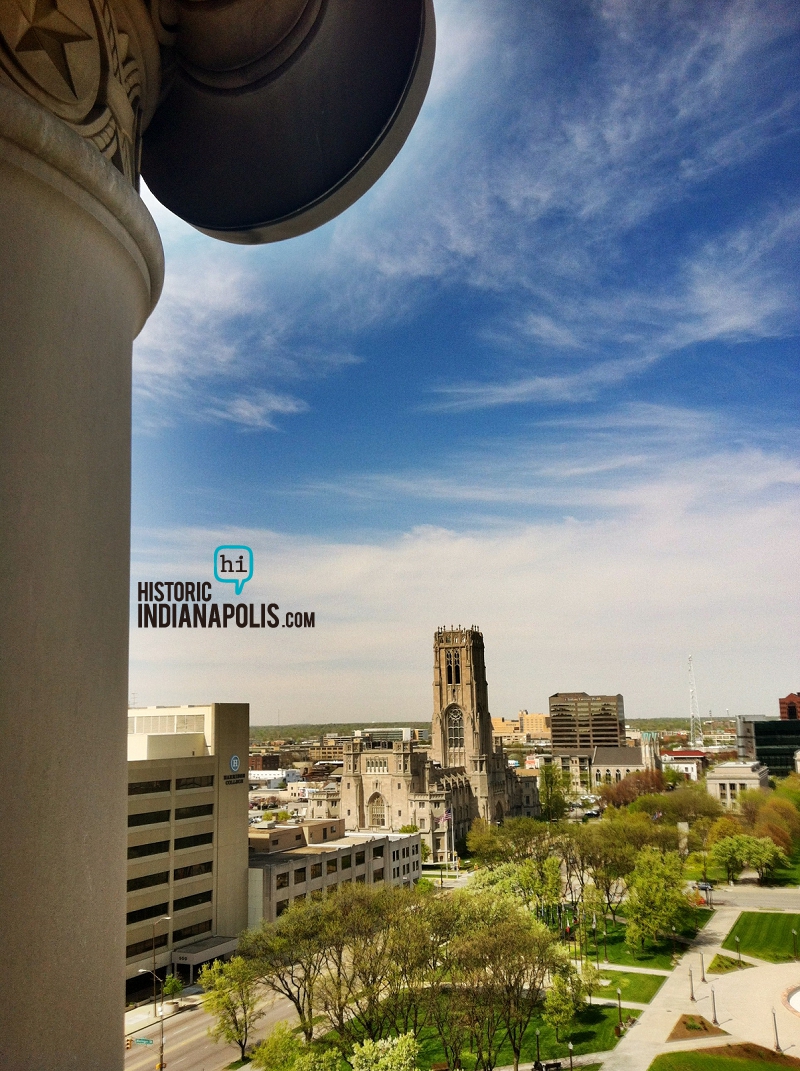 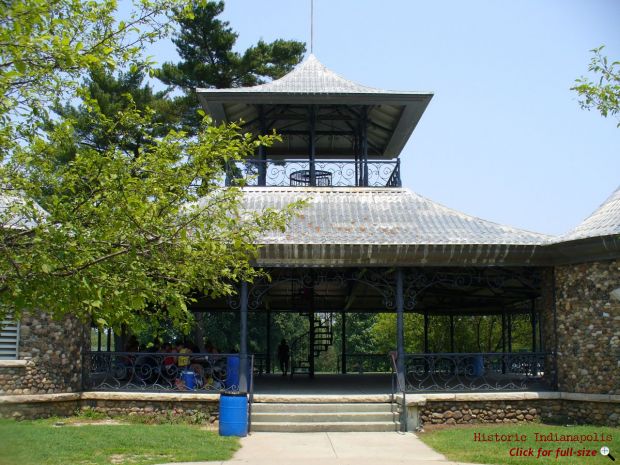 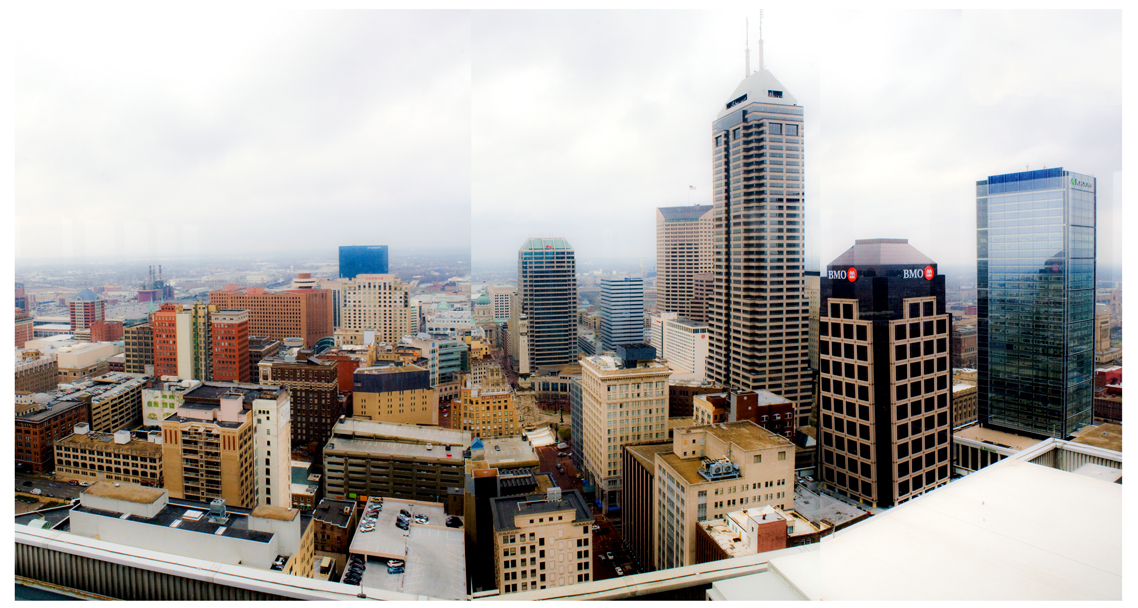