Favorite Friday today: Achievement of a milestone. In this case, the 1 year anniversary of the Hoosier Chapter, Victorian Society in America. In its inaugural year, the HVSA hosted an Antiques Appraisal Show with Scott Keller; “The Game is Afoot,” with over 50 participants, including many families and children; a private home collection of a well-known art collector and finally, the year will be capped off with “Last Dinner on the Titanic,” a lavish 8 course menu filled with more than a meal, but also, music and merriment. There will be no sinking at the end of this dinner!

“But Titanic wasn’t of the Victorian era!” I hear you balk. Alas, no, but for purposes of the Victorian Society in America, programs and pursuits may stretch from 1837 through 1917–near the end of World War I. 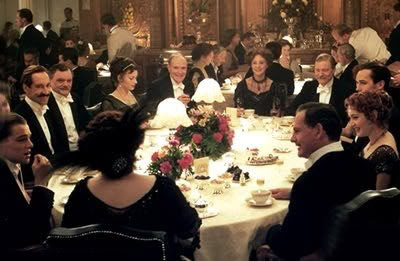 Climb aboard our version of the Titanic:
The Propylaeum, 1410 N. Delaware Street on
Saturday, November 13, 2010.
There will be a cash bar from 6-7 and dinner, including wine from 7-9pm. 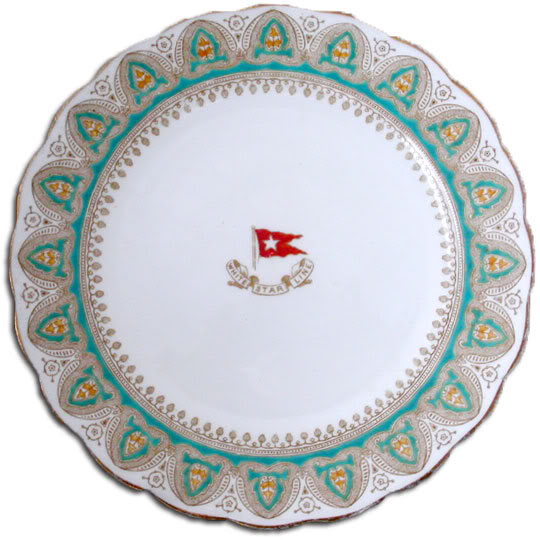 Sadly, these colorful White Star Line plates will not be featured, but the flavors will represent those of the first-class dining table of April 14, 1912. The music and some of the same color and kinds of flowers from that final dinner will also be featured.

Our speaker for the evening, Mr. Craig Ware, a local resident with a lifelong attachment to Titanic, which culminated in meeting Millvinia Dean, the last Titanic survivor who just passed away 3 years ago. Craig is extremely knowledgeable about Titanic and has some fascinating stories and anecdotes to share.

We must acknowledge the generosity and generous patronage of our sponsors, Cork and Cracker, and Rene’s Bakery.

This being a fundraiser and membership drive event for the Hoosier Chapter of the Victorian Society in America, will be raffling off one grand prize that will include champagne and utterly divine champagne truffles from The Best Chocolate in Town, among other things!

This event is open to the general public and costs $70 for non-members and $55 for members of the Hoosier Chapter, Victorian Society in America. Until the end of that evening, for a mere $20, (half-price!) annual membership can be purchased or renewed!

**The event is fancy dress preferred, but not required.** 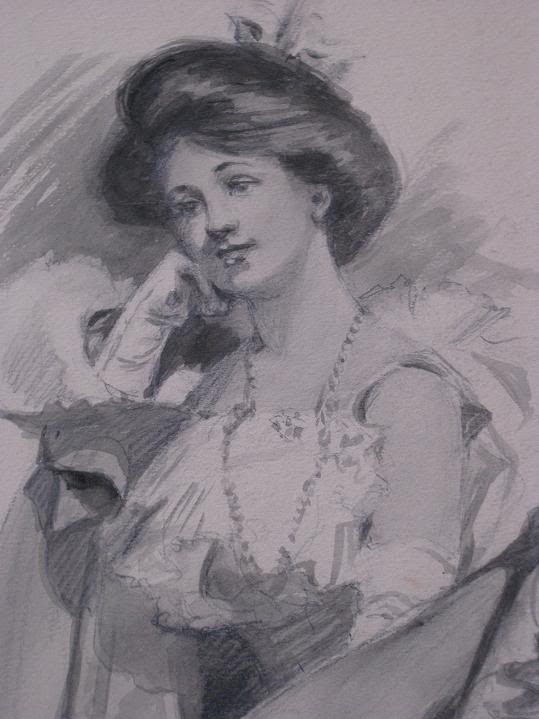 Before you attend the dinner, be sure to check out the Titanic exhibit going on right now!

Here is my experience:

A couple of weeks ago, I made my way to the Indiana State Museum to visit some of the traveling relics of the Titanic, put on by the R.M.S. Titanic, Inc.

Since the discovery of the Titanic in 1985, I have had a minor obsession with the “ship of dreams.” Like many who continue to be fascinated by Titanic, it is still difficult to wrap my head around the senseless deaths of so many, compounded with its whereabouts being unknown for more than 70 years before being discovered.

The Edwardian era, during which she sank, has always continued to intrigue me with its opulence, extravagance and overall beauty.

When I moved to London to study theatre in 1995, I was overjoyed to make it to the National Maritime Museum in Greenwich (on the last day) to see the first major exhibition of artifacts retrieved from the Titanic’s wreckage site. 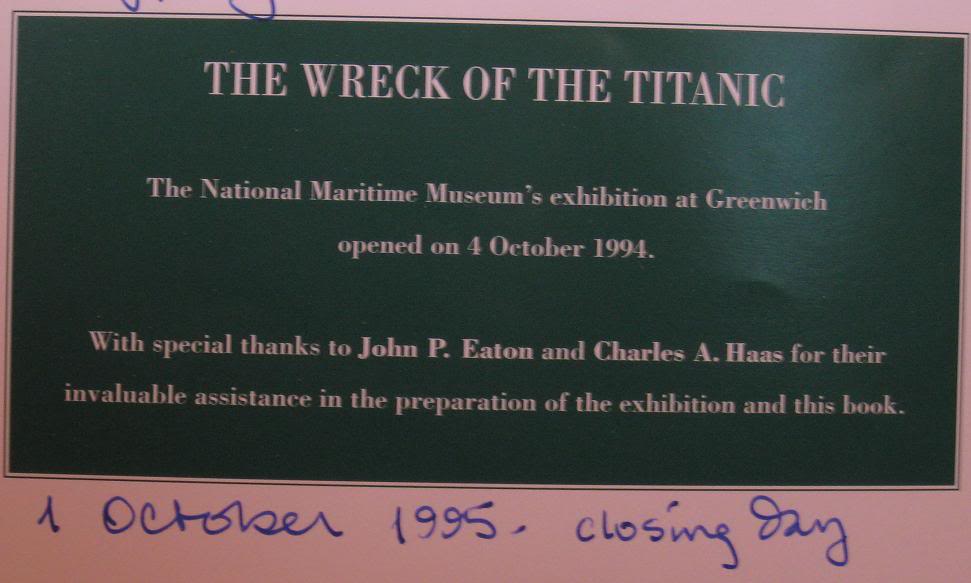 I wrote the date I visited the exhibit inside the book. 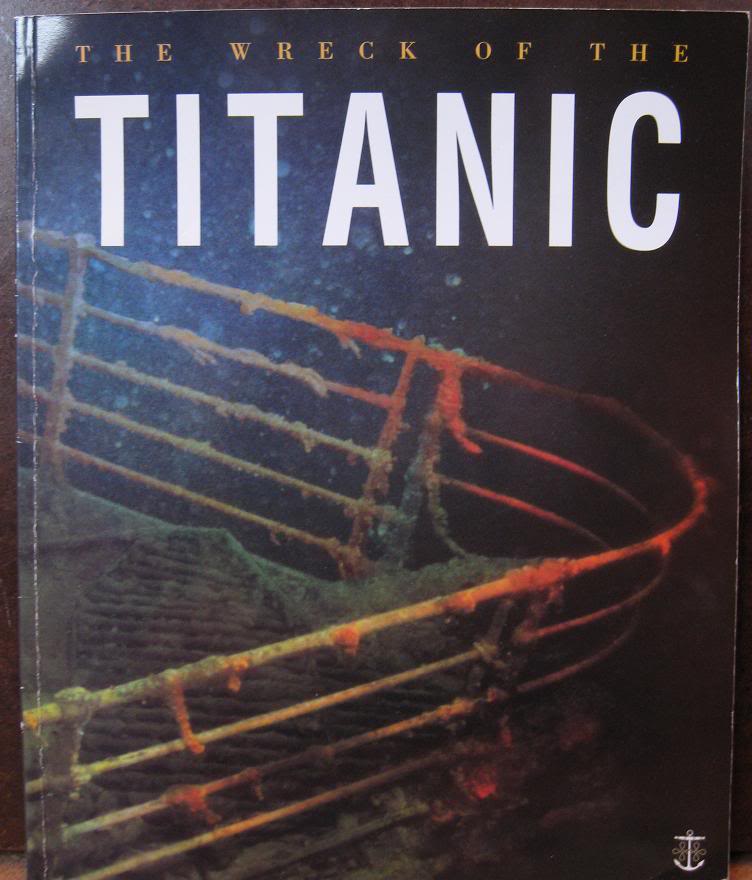 The memento book from the first exhibit in 1995.

Fast forward another 15 years, and here I am, landlocked in Indianapolis, but more of Titanic’s fascinating story and pieces of its history are revealed to me at the Indiana State Museum. 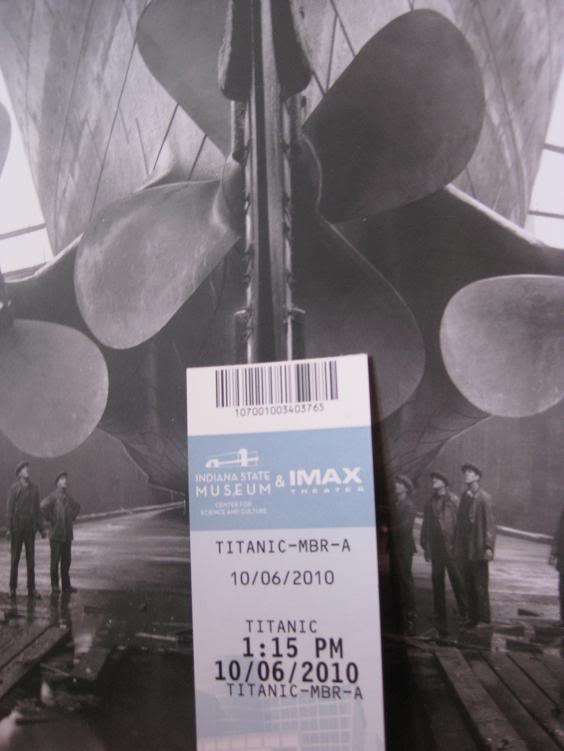 I purchased my ticket ($10 for ISM members), and headed for the exhibit. Upon entry, I was handed this charming White Star Line boarding pass 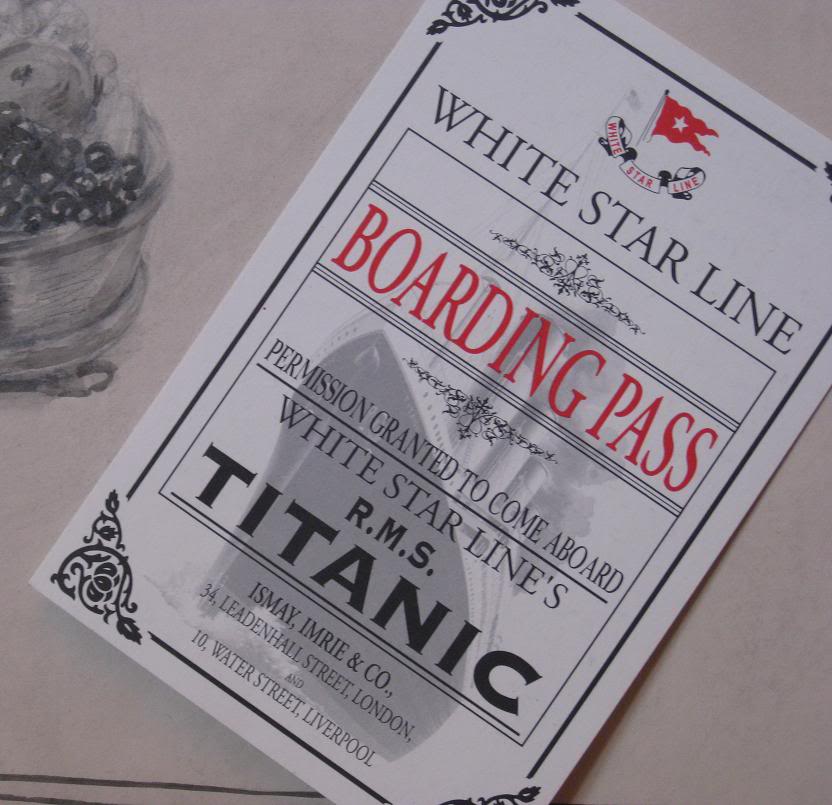 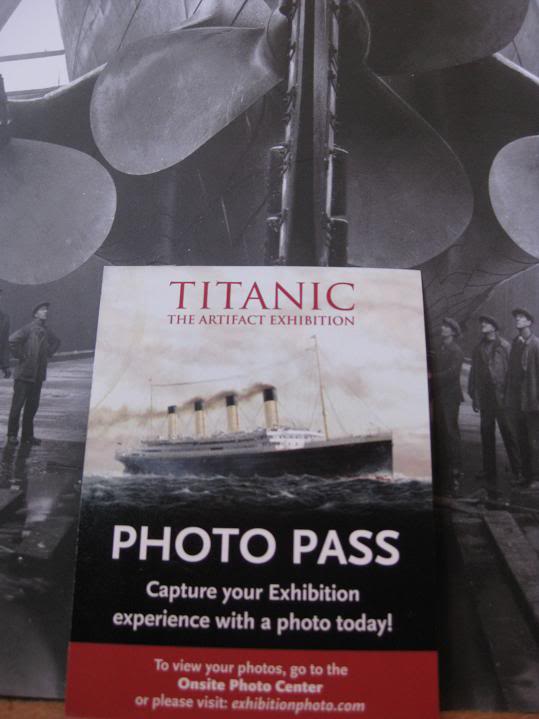 Then began the walk through the many darkened rooms, featuring the stories, anecdotes and items of the Titanic. The array of personal effects is amazing: letters, eye glasses, drinking glasses, jewelry, plates, cuff links, pieces of the ship, tiles, clothing and loads of other things. They also offer a couple of recreated rooms and have some local actors doing their best to evoke voices of the past, offering a minor narrative on the recreated rooms. There is a miniature iceberg, the temperature of the water (I believe it said) that you may touch inside the exhibit.

If you are at all impressed or impacted by viewing in person items so closely associated with the most famous shipwreck of all time, you should not miss the opportunity to view the current exhibit, which runs through January 16, 2011.

At the end of the exhibit, you may trade that second ticket for a view your visage against the “grand staircase” of the Titanic, and if you are so inclined, purchase your photo. There are the requisite Titanic books and other reproduced items with Titanic’s likeness and logos imprinted on them. Take some of your Titanic exhibit memories with you and then please, join the HVSA on November 13, 2010 for “A Night to Remember.”