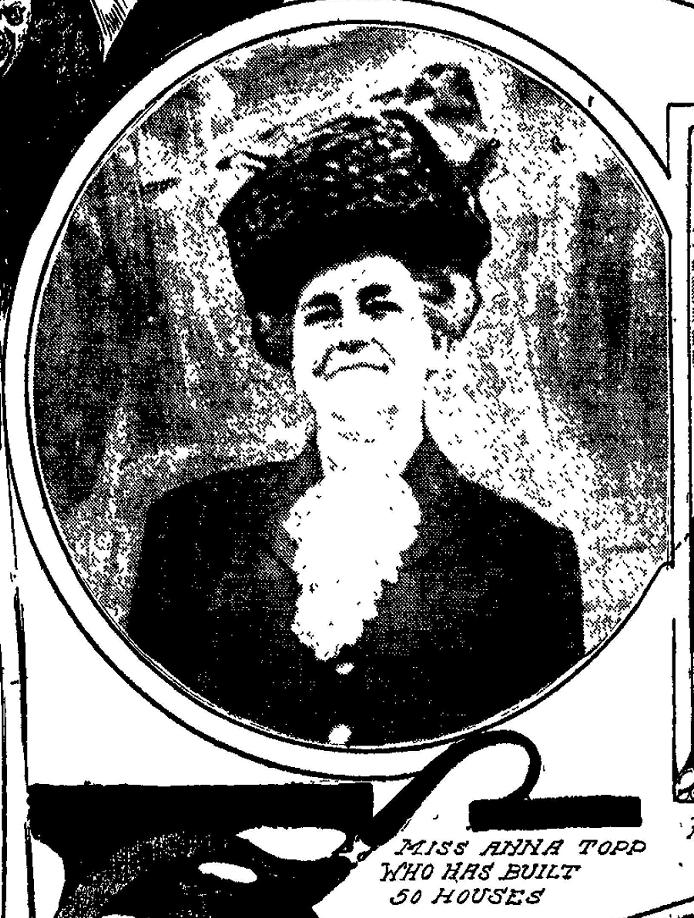 In honor of  Women’s History Month, let’s look at a woman featured in a newspaper article of 1910.  Heretofore unknown to this generation, we learn about an early female real estate developer named Anna Topp. Sadly, much of the area mentioned in this article (about the area  she developed) has been wiped off the map–mostly for parking lots–for the Children’s Museum and others. It is not known how many of her properties survive, but a drive along Senate Avenue in the 3100 block certainly retains some.
A quick look around the internet yielded “Anna Topp Garden Subdivision” relating to properties in the streets referenced in the following article and extending as far as Capitol and Graceland Avenues and others. Some homes currently listed for sale in this area tout that it is “part of multi-million dollar housing redevelopment initiave.”  With the thousands upon thousands of visitors attracted to the Indianapolis Children’s Museum each year that it seems like it would be an area targeted for a bit of a spruce up.  Some rehabbing does seem in order– and what a great monument to one of our early enterprising Indianapolis ladies to do so. 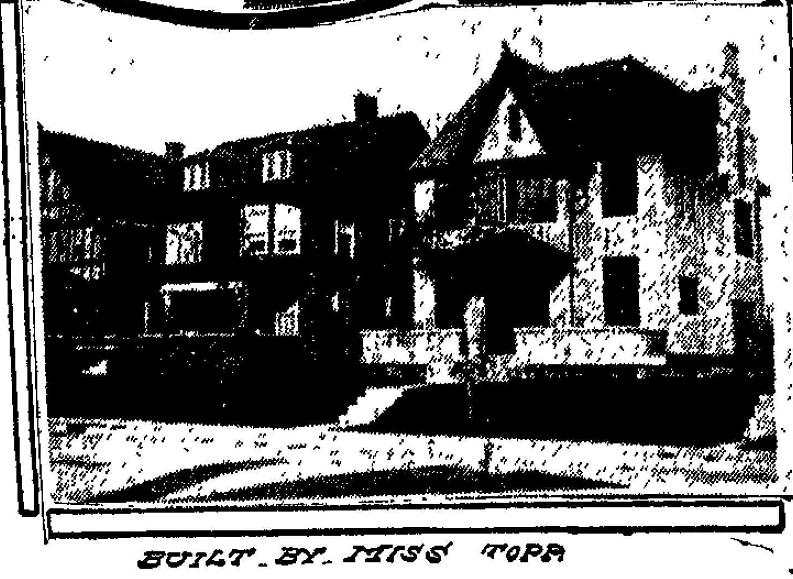 The original article says this:

“…Miss Anna Topp, who lives on the North Side, has to her credit the building of a half hundred houses in Indianapolis! That is quite a record—even for the most rabid ‘real estate’ of the male persuasion. Miss Topp’s houses have not been of the cheaper kind, either, but most of them pretentious and always artistic.  In the spring of 1864, Frederick Topp, Miss Topp’s father, acquired a tract of land on North Illinois street which for years he used as a garden farm. The growth of the city and the platting of the ground north of his made it necessary for him to fall into line and cut up his garden into lots. That was in 1892. The panic of 1893 came on and for a time the lots did not sell well. Then a few years later, in 1897, Miss Topp’s brother Frederick Topp Jr., died and it fell to her to be her father’s assistant. In 1902, to facilitate the sale of lots, she began house building, and has been engaged in this occupation ever since. There is not another woman in Indianapolis, if indeed , in the state of Indiana, who has built as many houses as has Miss Topp. Her houses, if picked up and bunched in a country place, would make a village of no small proportions, and one that would be conspicuous for the beauty of its architecture. As it is, they are bunched between Thirty-first and Thirty-second streets, with Illinois Street on the east and Senate Avenue on the west, and form an attractive section of that portion of Indianapolis.

Miss Topp has her fifty-first house well under way and has just begun the fifty-second.” 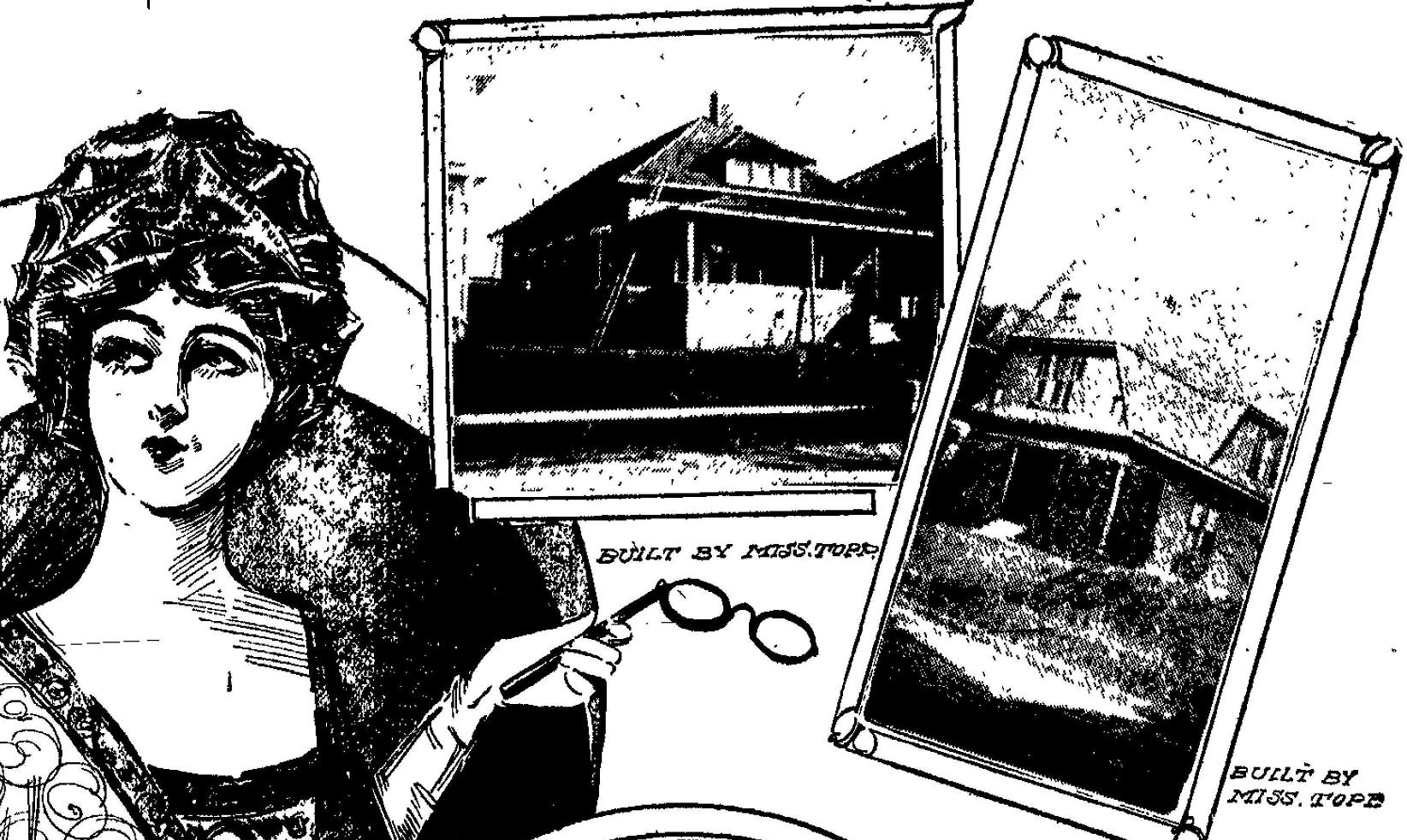 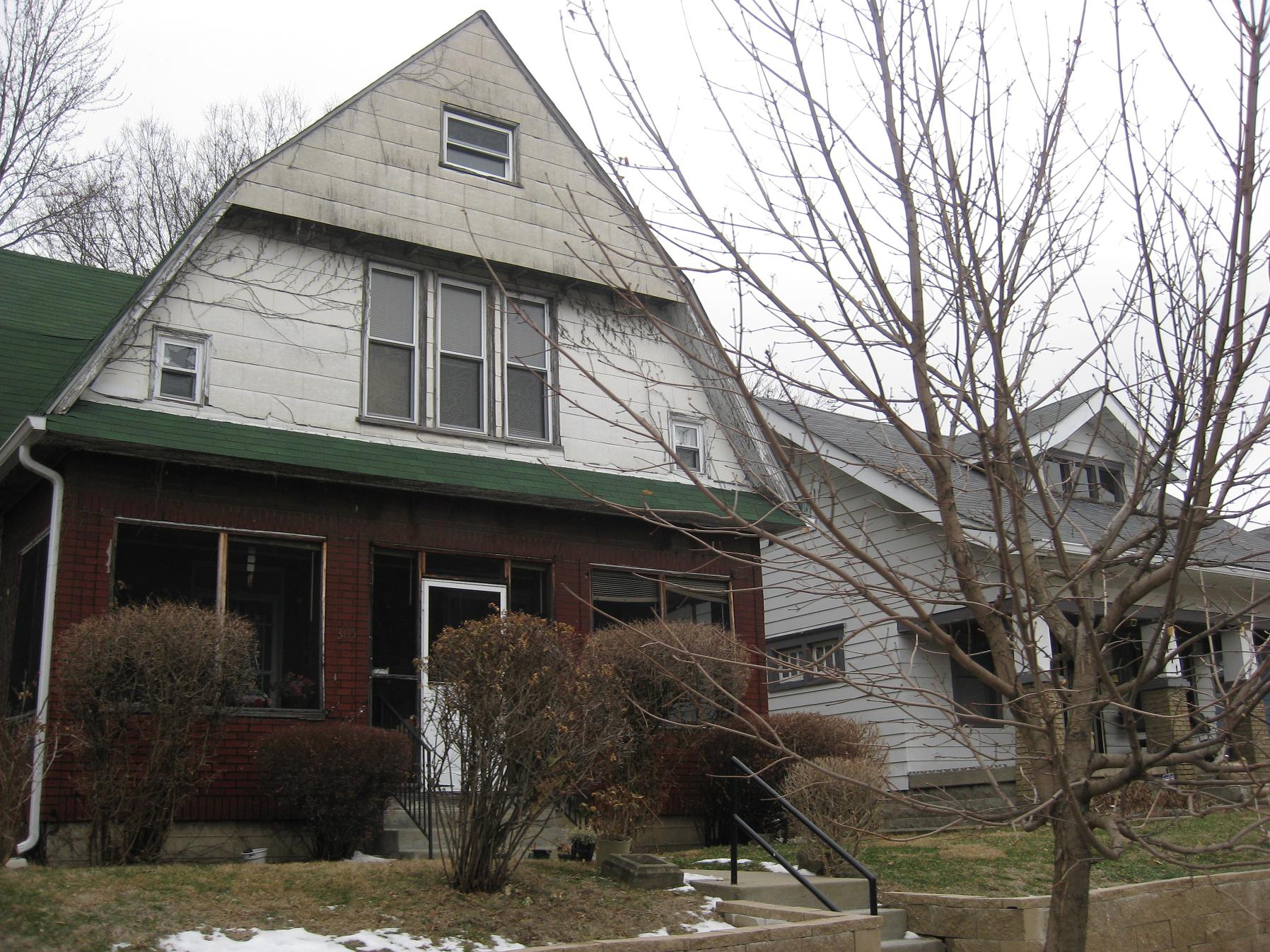 This home at 3175 N. Senate Avenue looks like the one on the right in the newspaper clipping. 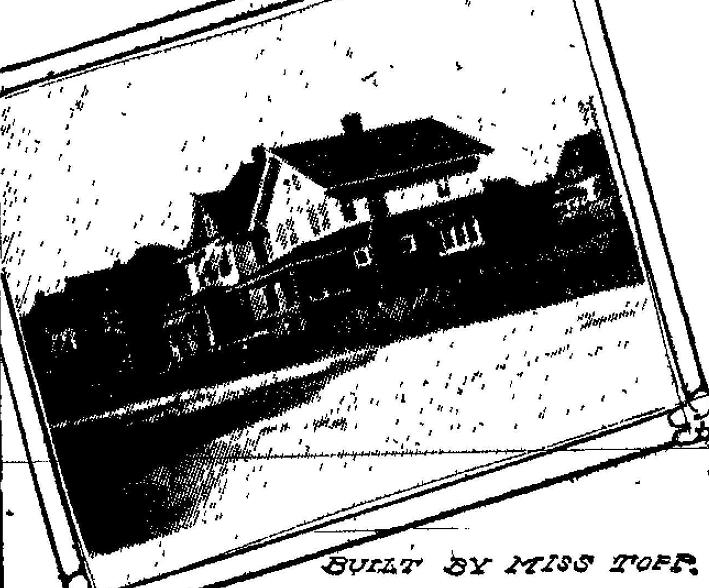 Photos below are the parking lots spanning that block of Illinois today on the west side –Anna Topp’s many houses long-since razed. 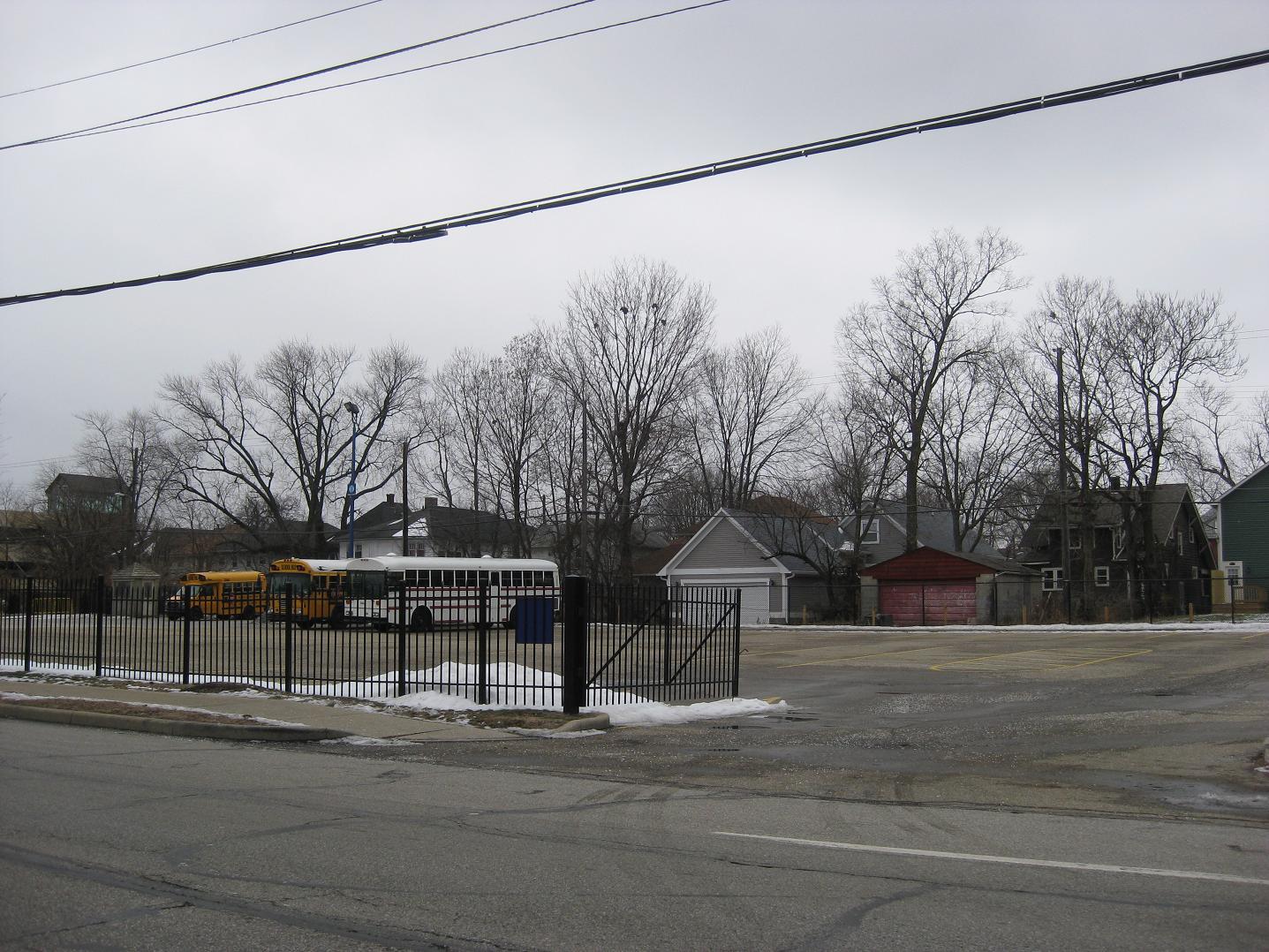 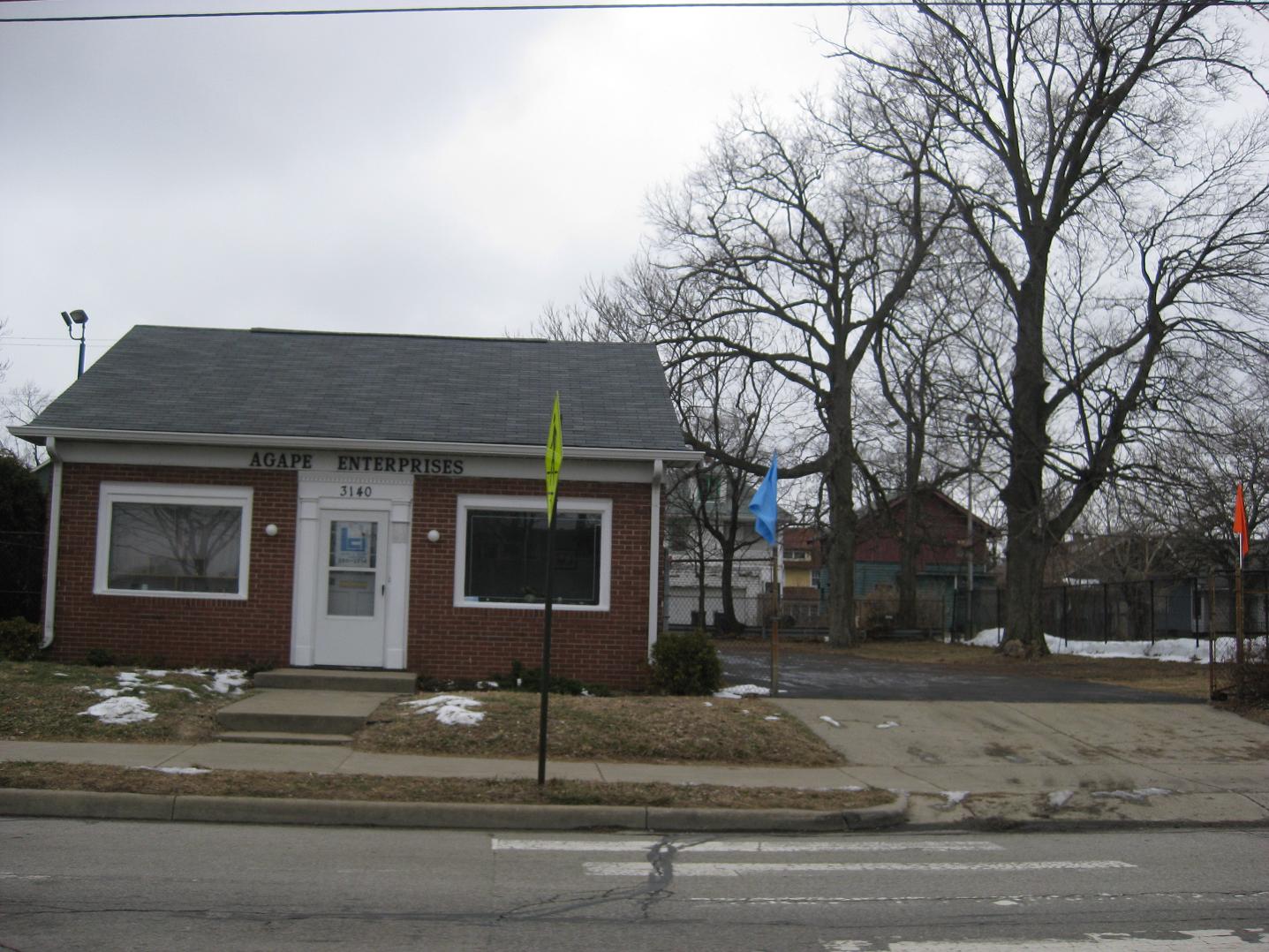 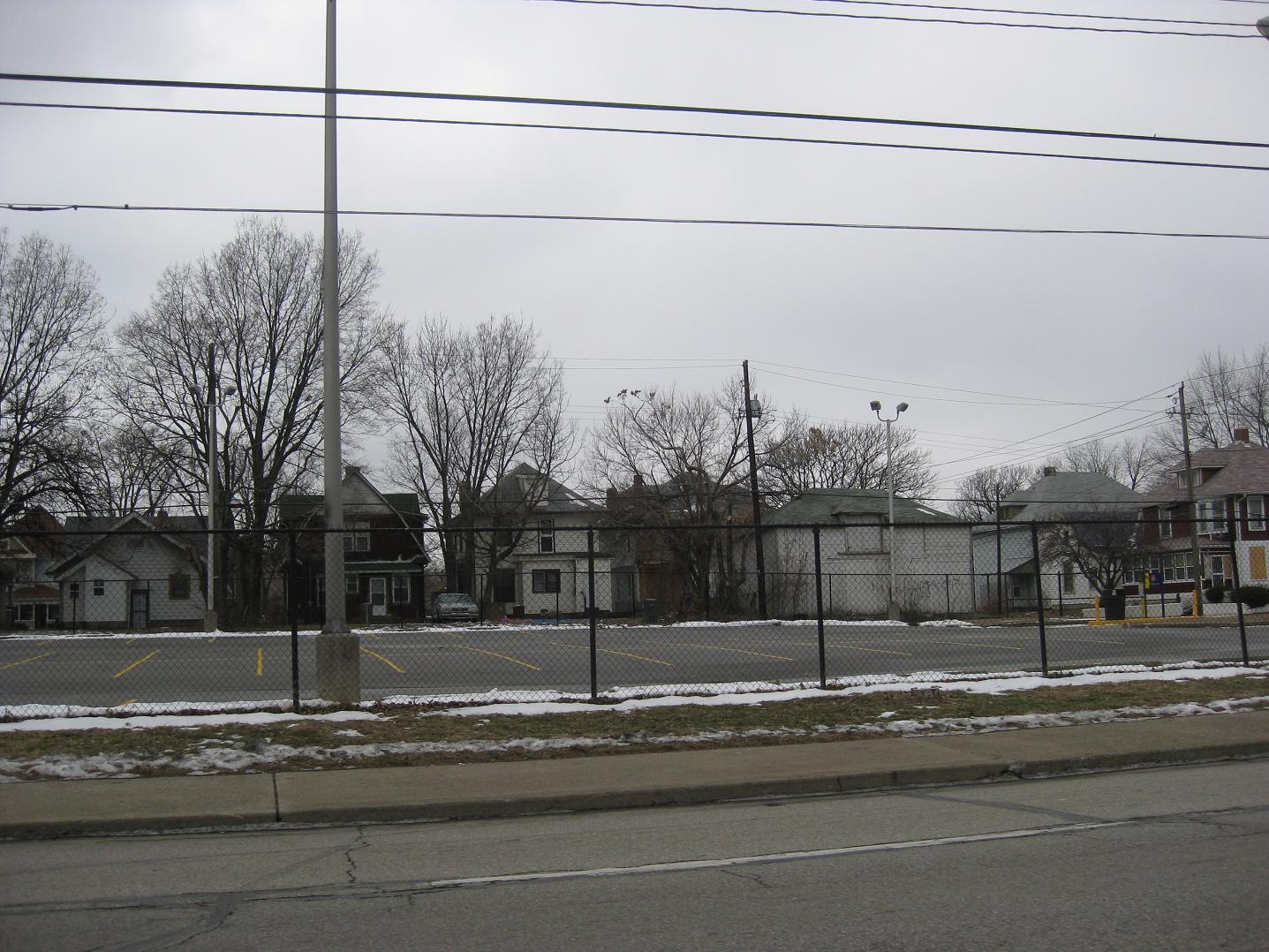 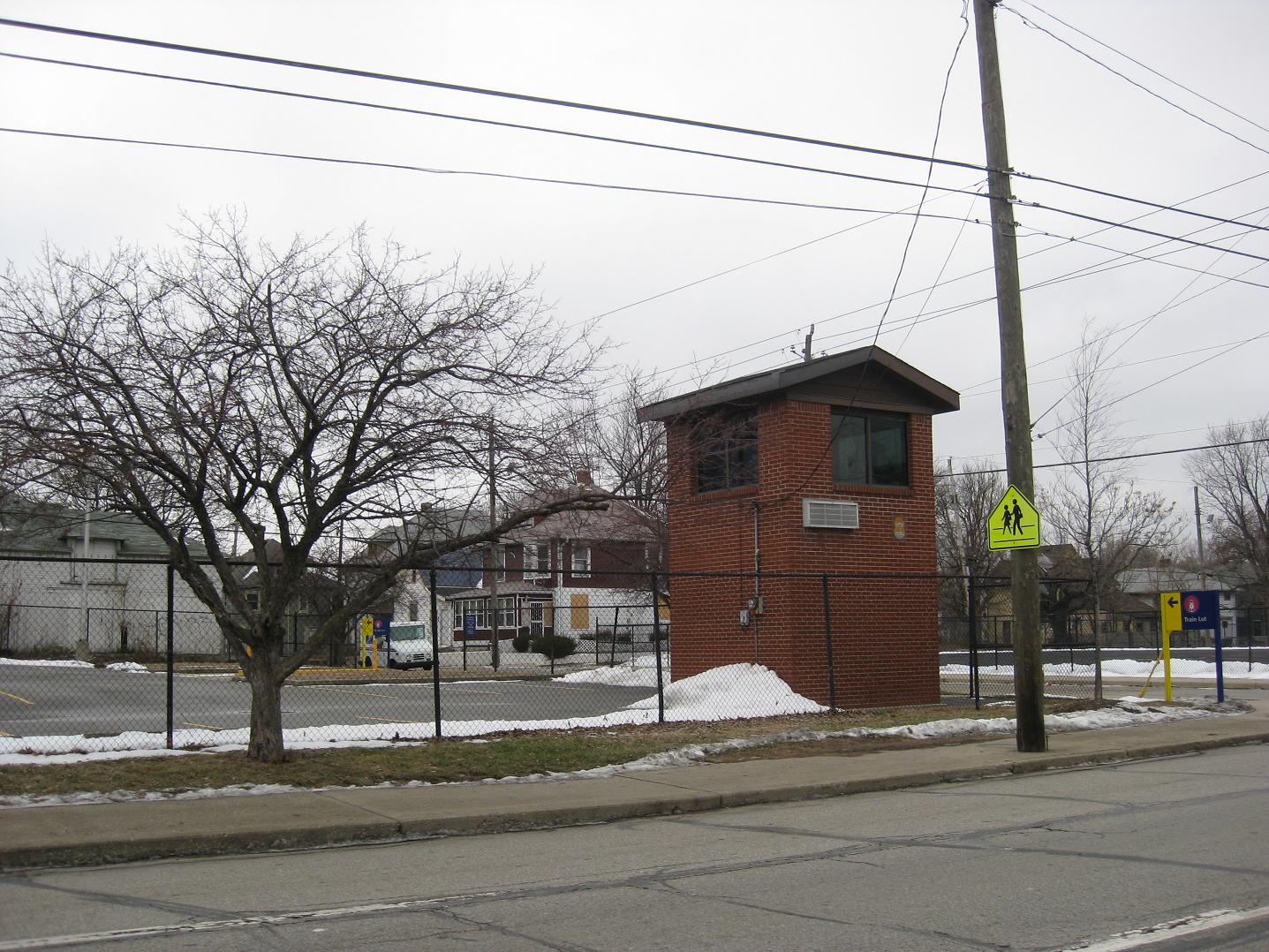