Monument Circle is always a pleasant place to take a stroll on a summer evening. The center of the city is always bustling with people enjoying the picturesque surroundings. Despite the great location, there isn’t really a good place to enjoy a nice meal or a cocktail, unless you’re fortunate enough to be a member of the Columbia Club. This wasn’t always the case. 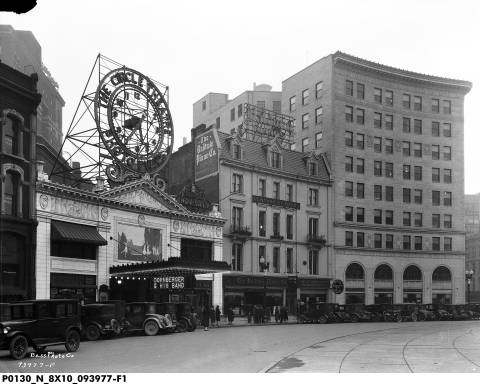 The southeast quadrant of Monument Circle as it looked in 1925. The Baldwin Building is next to the Circle Theater. IPL Headquarters sported a much different look. (Image: Indiana Historical Society, Bass Photo Company Collection)

The southeast quadrant of Monument Circle has changed quite a bit over the years. While the venerable Circle Theater serves as an anchor, as it has since 1916, the space immediately to the west bears little resemblance to how it looked just over 50 years ago. The building that once occupied 33 through 37 Monument Circle was constructed around 1880 as the Circle Park Hotel. By 1916, the location was still housing guests but under the title Hotel Kingston. Throughout the 1920s, the building served as a showroom for the Baldwin Piano Company, and the building took on the name of its primary tenant. By 1944, the piano company vacated, and one of the building’s longest tenured occupants took the space at 37 Monument Circle. The Circle Tavern operated continuously for the next 20 years. This was no rough-and-tumble beer joint. The tavern catered to a wide variety of clientele. The main dining room dubbed the “Cape Cod Room,” and catered to couples who might be out for a night on the town. The “Circle Room” catered to women exclusively, and the 500 Lounge served the businessman looking to tie one on after a long day at the office. Steaks and seafood were the highlights of the Circle Tavern menu. Live Maine lobsters were a daily feature.

The western neighbor of the Baldwin Building was responsible for its demise. In 1924, Indianapolis Power and Light constructed their headquarters on The Circle. By 1964, the utility was ready to expand and purchased the Baldwin Building. The second oldest building in the most visible part of the city was leveled, so the utility could take over the space. To add insult to injury, a modern concrete façade was added to the 1924 building to match the new construction.

What are your favorite buildings that do or have lined Monument Circle? 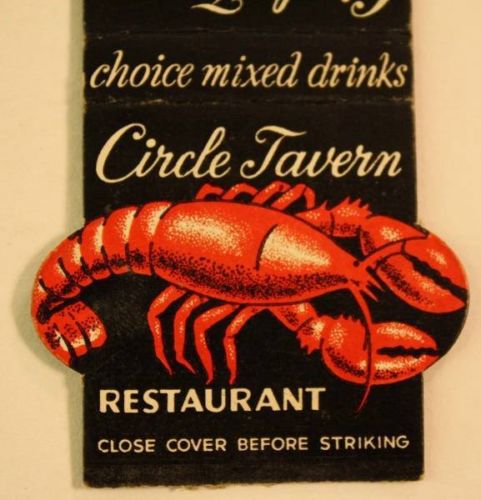 Seafood was the specialty of the house at The Circle Tavern. (Image: Amazon)