The NCAA Final Four returns to Indianapolis this weekend in what is sure to be a fun-filled weekend for visitors and locals alike. Although Indy hosted the championship rounds in 1980 at Market Square Arena, the city didn’t become part of the regular rotation until 1991, as the NCAA moved toward placing the weekend’s events in massive football stadiums capable of holding crowds of 40,000 plus. This seventh installment features some familiar faces.  This will be the second visit for The University of Kentucky and The University of Wisconsin, while Duke University and Michigan State will be making their third appearances. Fans will pack the Wholesale District along Meridian and Georgia Streets for concerts and other events. Back in 1991, the scene was quite different. This may have been a low point for downtown Indy, as the city stood pockmarked with parking lots, abandoned buildings and gaping holes where the Circle Centre Mall would be built. Let’s take some time to lament what has been lost and rejoice that today’s fans will encounter a much more vibrant atmosphere. 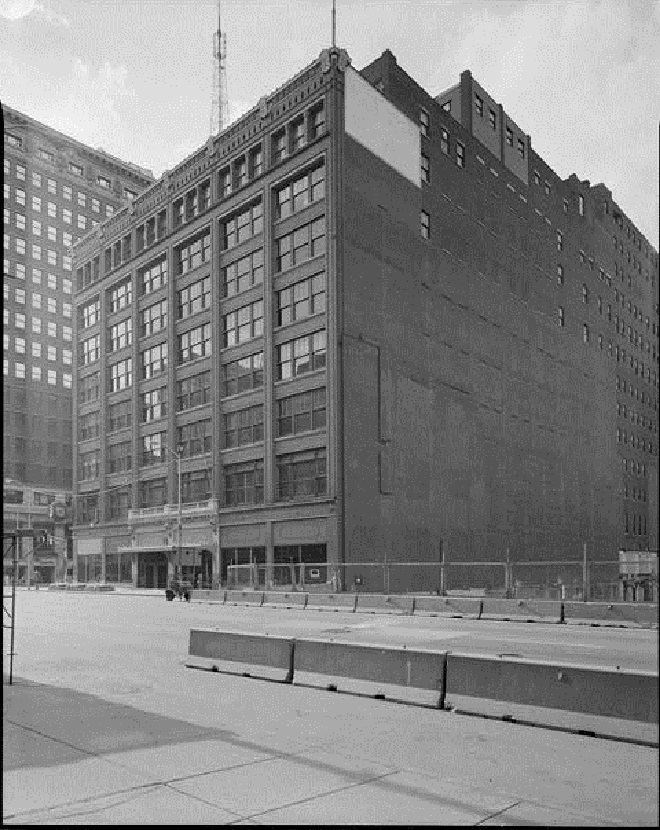 This is how the former L.S. Ayres & Co. appeared in 1993. The legendary downtown store opened this location in 1905, after starting just down the block in 1872. The excavation in the adjacent lot is the former location of the S. S. Kresge department store, the precursor to today’s K-Mart. The six-story Kresge building stood until 1989. An ongoing exhibit at the Indiana Historical Society highlights the history of Ayres in Indianapolis. (Image: Library of Congress) 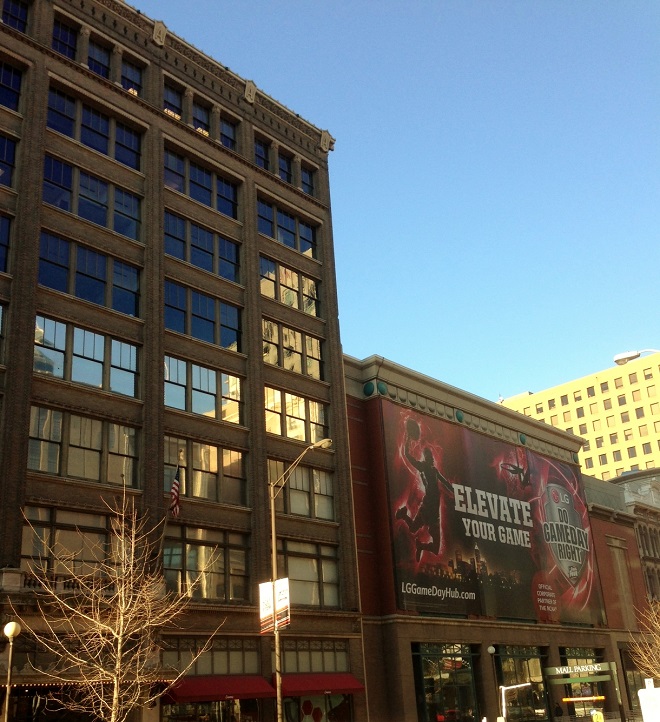 This is how the L.S. Ayres & Co. building appears today. The iconic department store was acquired by the May Company of St. Louis in 1986. In 1992 the store closed, and the company abandoned the Circle Center Mall project. The space became a Parisian department store with the mall’s opening in 1995. By 2007, amidst several mergers and acquisitions, the Parisian chain ceased to exist. Carson’s now occupies the first three floors of the former Ayres building with expanded retail areas in the new construction on the former Kresge’s site. The Griffith Block facade located further west on Washington Street moved across the street in the ’90s, taking the spot of the original Ayres location. (Image: Jeff Kamm) 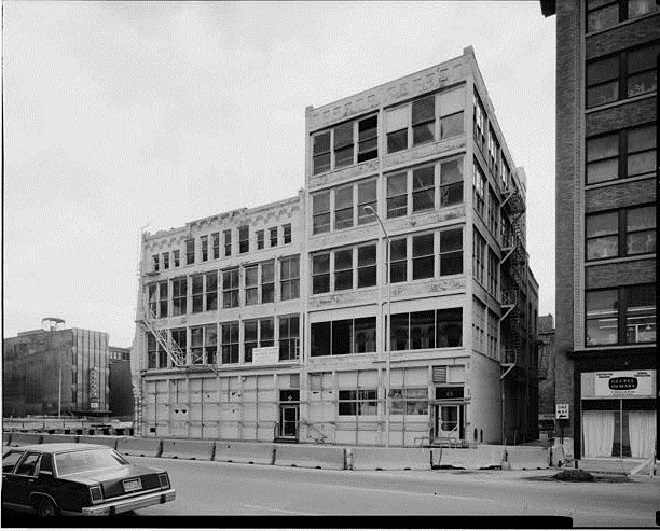 The Levey Brothers Building and Annex stood on West Maryland Street and  served as a wholesaler up until after World War II.  In this photo, the beautiful but derelict building awaits demolition in 1989. Notice the awful fake facade on 111 South Meridian to the far left. It was removed in the mid 2000s. (Image: Library of Congress) 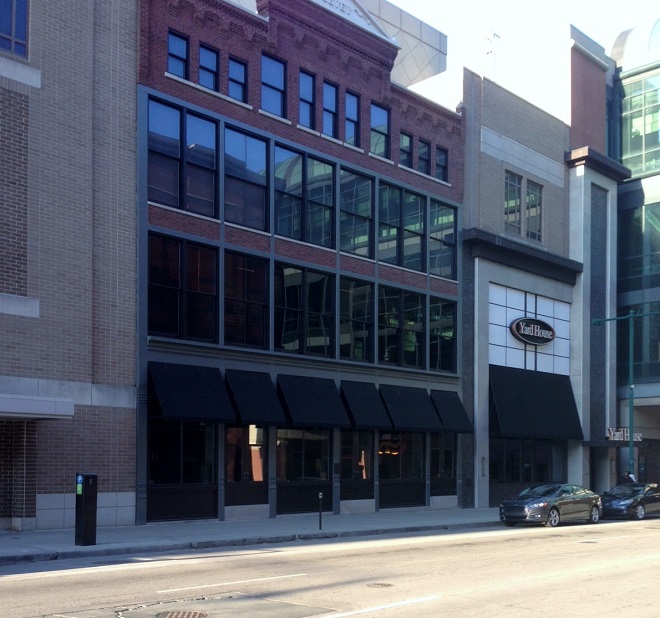 Thankfully the Levey Brothers Facade was refurbished and incorporated into the Circle Center Mall, although the taller annex wasn’t so lucky. The restored edifice is actually about fifty feet west of its original location  (Image: Jeff Kamm) 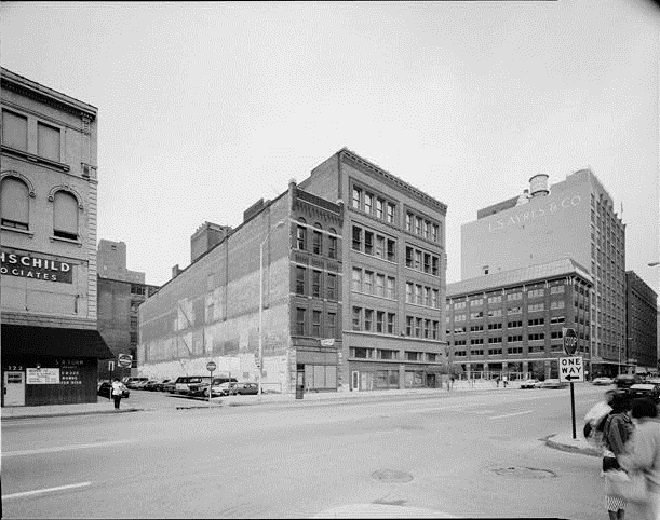 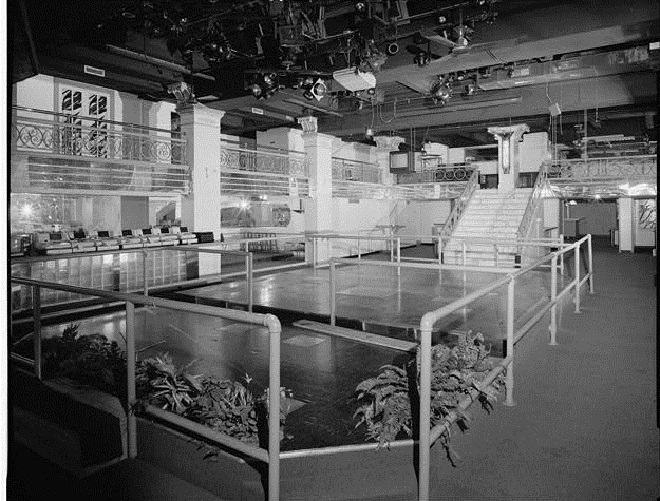 Probably the best known tenant in the Schnull Building was the La Scala Italian Restaurant. Here is the interior shortly before the demolition. (Image: Library of Congress) 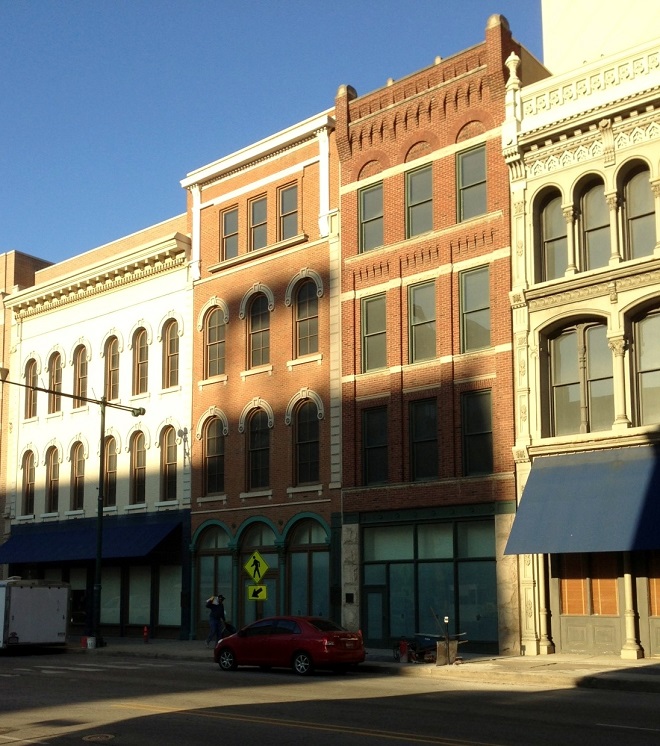 This is how South Meridian appears today on the west side of the street. Saved building facades include The House of Crane, 122 South Meridian Street and the aforementioned Malott building. The Schnull facade was not saved but replaced by the Vajen Exchange Block moved from Pennsylvania Street.  (Image: Jeff Kamm) 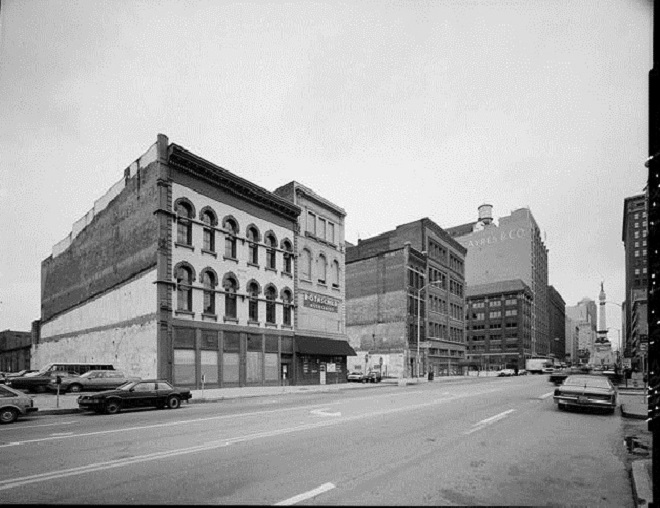 This is how South Meridian appeared at Georgia Street in the late 1980s with large parking lots along west Georgia Street. (Image: Library of Congress) 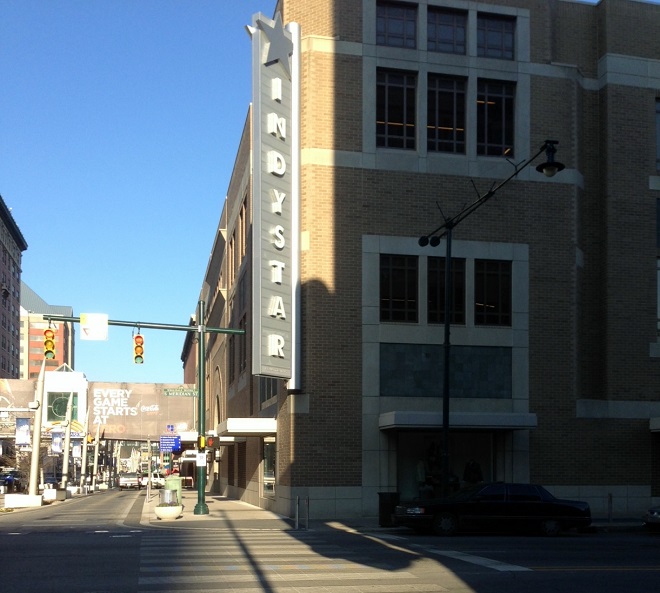 Although the current Indianapolis Star newspaper offices in the former Nordstrom space could be a bit more inviting to passersby, the overall appearance is a big improvement. (Image: Jeff Kamm)