The puck has dropped on Indy’s next chapter of professional hockey after a decade hiatus. The Indy Fuel have started their inaugural season at the refurbished Fairgrounds Coliseum. Although they aren’t lacing up against National Hockey League competition, the team features prospects for the NHL’s Chicago Blackhawks. It would be hard to confuse Indiana as a hockey hotbed as this will be the eighth attempt at professional hockey. Franchises have come and gone and fans have been reluctant to embrace the sport in a region more known for its other athletic passions. Here’s hoping that the Fuel have a long and successful tenure in Indianapolis and can warm the hearts of Hoosier sport fans.

The first hockey team in Indianapolis debuted in 1939 with the opening of the Fairgrounds Coliseum. The Capitols competed in the American Hockey League for the next 13 years.  The AHL is where top level hockey prospects showed off their skills prior to being called up to the big time. Indianapolis paired with the Detroit Red Wings of the NHL, who would provide players. Luckily for fans, the Red Wings were building a dynasty that would wind up winning four Stanley Cups in the 1950s.

The Capitals were an instant success, winning two divisional titles in the first three years of existence. The team survived World War II, when many other teams ceased operations due to a lack of players. Hockey came back big after the war. Stocked with plenty of Red Wings prospects, the team won a championship  in 1950 and often played to crowds of over 9,000. Despite the success, crowds dipped to around 5,000 spectators the following year, and fell further during what became the final season. The team folded prior to the 1952-53 season. 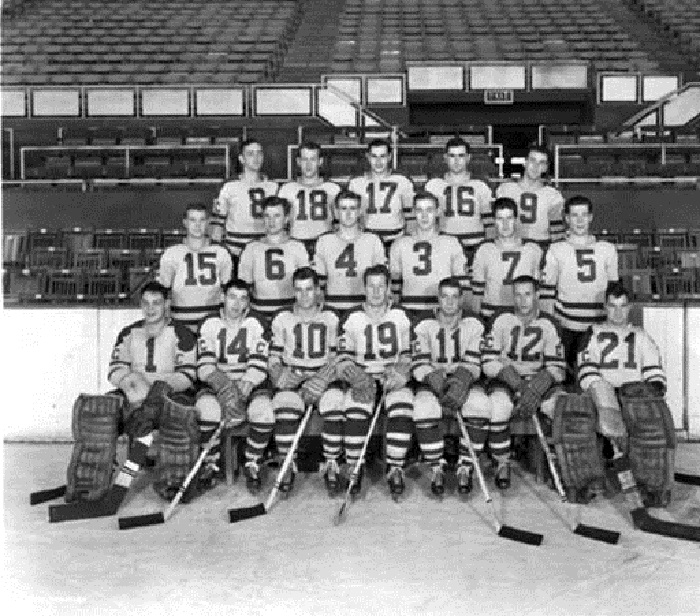 Hockey took a three year hiatus, but returned with the Chiefs in 1955. That team competed in the International Hockey League, which,  at the time was a semi-pro circuit that competed primarily in Indiana, Ohio and Michigan. Like the “Caps,” the team found early success getting to the finals in their second year,  winning a championship in their third. They floundered during their remaining years, coming in last or second to last in their last four seasons of existence. The team folded in 1962, rarely attracting crowds of over 3,000. After another year hiatus for the sport, the Red Wings returned with the Capitols in 1963. Sadly, their tenure consisted of only nine games due to the Coliseum explosion in October 1963, which necessitated relocating the team to Cincinnati. Indy would be without hockey for the next decade. 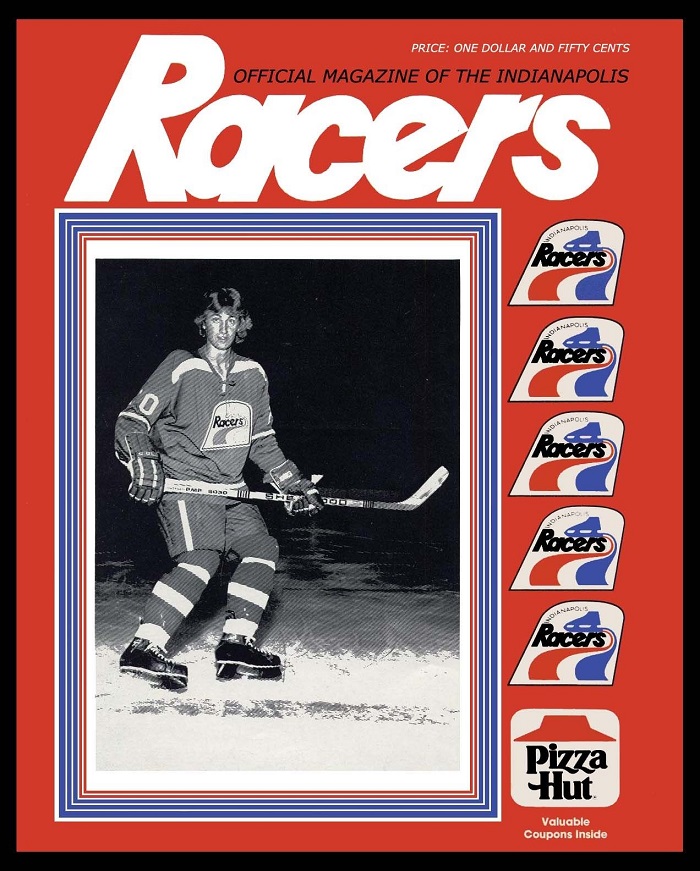 The modern era of hockey in Indianapolis started out with a bang. The Racers began play in 1974 in the upstart World Hockey Association. Fans often packed the newly constructed Market Square Arena to see colorful players such as NHL legend, Pat Stapleton and goaltender, Andy Brown– the last goalie to opt out of wearing a protective face mask. Ownership instability plagued the franchise, however, and after two straight playoff seasons, players were sold to other franchises. There was a bit of excitement when 18- year old Wayne Gretzky began his professional career in Indianapolis– though that only lasted eight games. The team folded during the 1978-79 season.

The years that followed saw minor league franchises in the Checkers and Ice come and go. When the second incarnation of the Ice succumbed to financial shortcomings in 2004, an amateur team of the same name replaced them, relying on high school age players attempting to gain exposure for college scholarships. Pro-hockey returns this year. Hopefully, the Fuel can win over what has been a very fickle fan base. What have been some of your warmest memories on ice over the years? 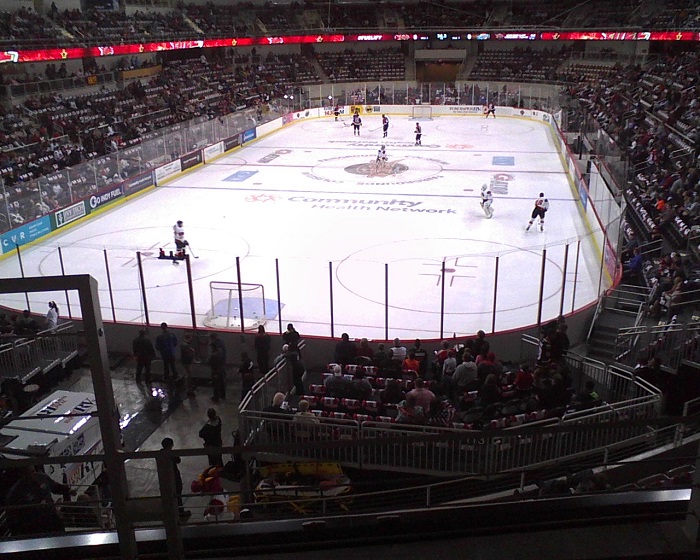 The Indy Fuel take the ice for the first time against the evil Fort Wayne Komets. (Image: Jeff Kamm)