The exterior when the building was known as the Loew’s State in the 1920’s. The storefront to the south of the main entrance is Brosnan’s, which specialized in outfitting women’s fashion. (Image: Bass Photo Co. Collection, Indiana Historical Society)

After the leftovers are packed in the refrigerator and the last of the wrapping paper has been picked up off the living room floor, it’s time to kick back and relax. The stress of the holidays is finally over. It has been tradition for many families to head out to the movie theater post-Christmas dinner for years, so much so that Christmas day stands as the busiest day at the movies, second only to Thanksgiving. Hollywood studios tend to release some of their biggest movies around the holidays.

Growing up in Indianapolis in the 1970s and 80s, many may recall trudging through the winter weather to one of the various Loew’s  Cineplex locations dotting mall parking lots on each side of the city. Did you know this modern chain of theaters originated at the turn of the century and once featured a movie palace in downtown Indianapolis? 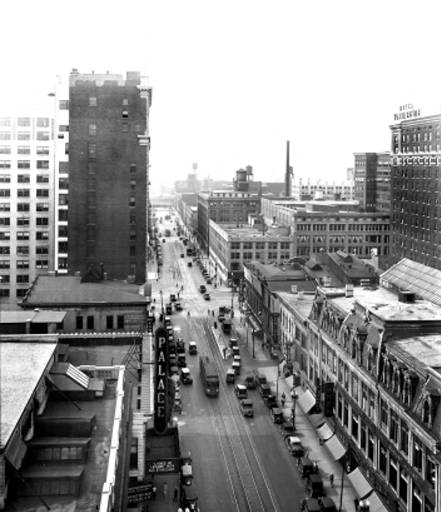 An aerial view of Pennsylvania Street shows the Palace marquee. The building to the north served as the Federal Courthouse until 1905. The building across the street is the When Store. It stood until 1995 when the (by then) Ober Building was demolished to make way for yet another concrete parking garage. (Image: Bass Photo Co. Collection, Indiana Historical Society)

The Loew’s State Theater would open as a vaudeville and movie house in 1921. The Loew’s chain of movie theaters can trace its roots back to nearby Cincinnati, Ohio. In 1904, Marcus Loew began showing silent films in storefronts. The operation expanded to consist of lavish theaters from coast to coast. Eventually, Loew’s started MGM studios to supply their movie theaters with top notch films.  The Indianapolis location could easily be described as a palace. With a seating capacity at nearly 2,600, the theater was second only to the Circle Theater for viewer capacity. Seating consisted of the main floor, several boxes, and a spacious balcony with chairs upholstered in Spanish Leather. The stage was cloaked with a dark curtain — the word “asbestos” printed across the front. This was to reassure patrons of their safety in case fire were to break out. The theater operated successfully throughout the intervening decades, but changed names, becoming the Palace in 1928 and finally, Loew’s in 1941. 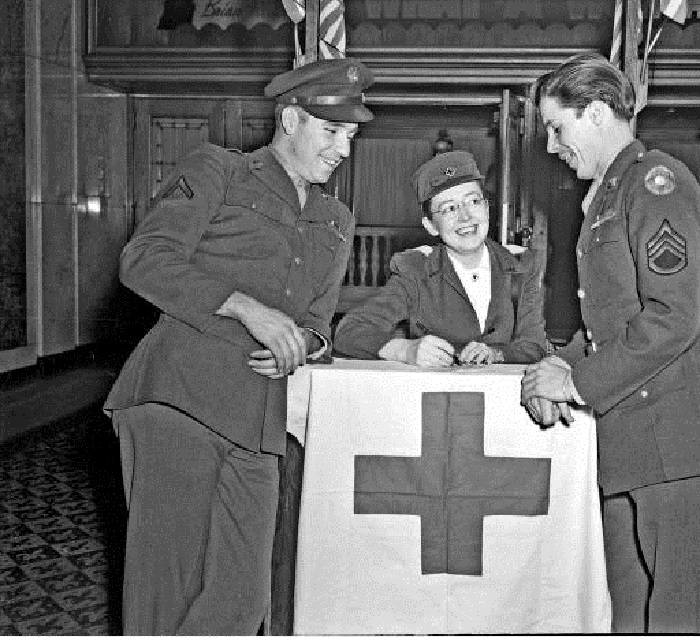 As the 60’s progressed, the need for large capacity downtown theaters diminished. Union Federal Savings and Loan built a new office building to the north in 1963 and the need for parking soon out-trumped the demand for downtown movies. The theater closed and met with the wrecking ball in 1970. Today, the parking structure serves employees of Huntington Bank, located in the former Union Federal building. This would not be the end of the Loew’s name in Indianapolis.

They chain building cinemas with multiple screens starting with the Twin Theater on North Keystone Avenue. Loew’s was acquired by rival AMC in 2006 and the name disappeared from Indianapolis shortly thereafter. Today, all of their former locations have been sold and repurposed. What are some of your favorite post-holiday traditions? 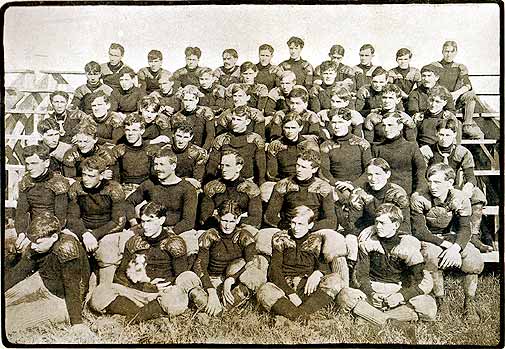 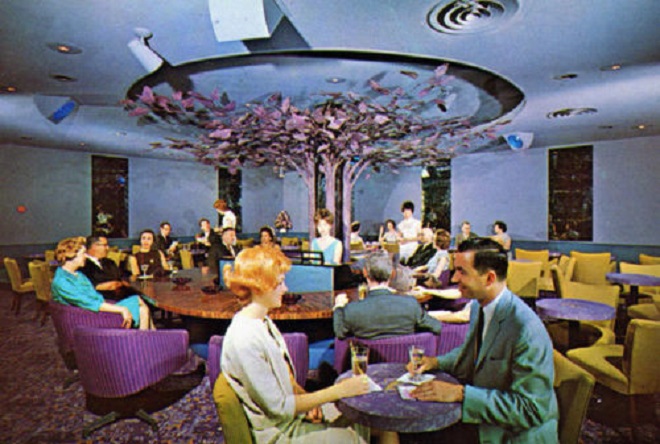