Valentine’s Day is tomorrow, and for many romance is, literally, on the menu. Few things set the mood more than a candle-lit dinner at an Italian restaurant, and Indianapolis is blessed with a fine selection of locally-based purveyors of pasta. One special institution, lasting over 40 years, was known just as much for its colorful owner as it was for its food.

Macri’s Italian Village opened in 1951 at 2343 North Meridian Street in a former residence. This was prime real estate where much of post-war social life centered around in Indianapolis. The Italian Village would be surrounded by numerous swanky night clubs and other high-end dining options. The restaurant was for a spectacular antipasti buffet, and a favorite dish among raving regulars was deep-fried carrots, something not often seen on modern menus. 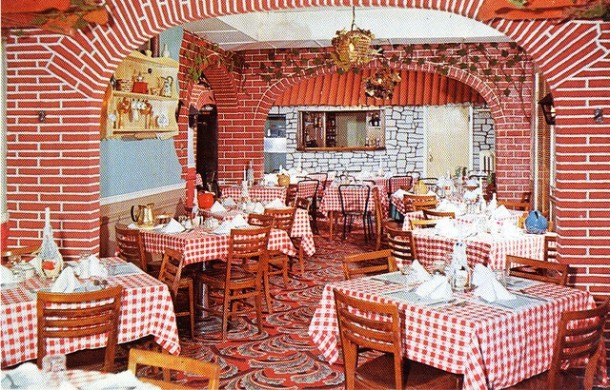 The interior of the restaurant appears a bit gaudy in this promotional post card, but online comments insist that the lighting was much more dim when visiting the restaurant. (Image: Evan Finch)

A key to any restaurant’s success is consistency in not only food but in management, as well.  Italian Village was owned throughout nearly its entire run by World War II Veteran Silvo “John” Macri. Surprisingly enough, the restaurant business would not be Mr. Macri’s sole passion, as he was a nationally known numerologist. Numerology is the belief that numbers, such as the year one was born, can have a divine, or deterministic, relationship to life events. Numerologists serve as sort of a mathematical fortune teller. Mr. Macri gave hundreds of lectures across the country and served as personal consultant to celebrities such as Liberace, the amazing Kreskin, and Rita Moreno. 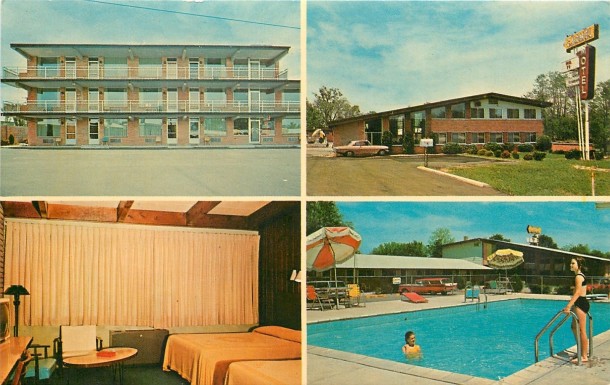 A postcard showing the final eventual final location at the Carmel Motel on U.S. 31. (Image: eBay)

The restaurant was always successful despite going through several locations. When the decline of the North  Meridian became too much to bear, The Italian Village moved to the shopping center at Keystone and 52nd Streets. Its final location through the mid-nineties was the much maligned Carmel Motel, which stood at U.S. Highway 31 and Old Meridian Street, well north of Indianapolis. Mr. Macri passed away in March of 1996, after retiring two years prior. Shortly thereafter the restaurant would close, as the motel gained more attention from Carmel leaders, and the local media for being a magnet for clientele not typically associated with the posh suburb.

What are some of your favorite spots for celebrating Valentines day?