At Your Leisure: The Fading of the Orange Roof

A postcard showing the grandeur of the downtown Howard Johnson’s. (Image: Amazon)

We often look towards chain businesses with a bit of disdain. Large corporations sending profits out of state while serving up conveniences with little to no sense of place. It’s easy to think of theses behemoths as being too big to fail. That said, we have seen our share of these restaurants, hotels, and stores storm into the Circle City only to pull up roots years later. Howard Johnson’s once had a large presence across Indianapolis with its recognizable orange roofs offering accommodations along with a whopping twenty eight flavors of ice cream. Although the company is still around, there is hardly any trace of this American icon’s existence in Indianapolis. 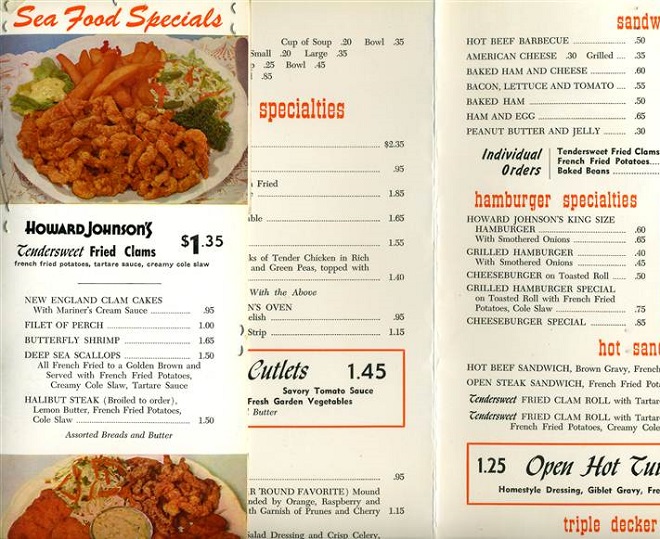 This menu from the 60s gives you an idea what one could expect from a Howard Johnson’s restaurant. (Image: eBay)

Howard Johnson’s can trace its roots all of the way back to 1925, when the company’s namesake purchased a small soda fountain in Quincy, Massachusetts. Unable to expand during the depression, Johnson essentially created the idea of franchising by allowing other restaurant owners to use his name and products in exchange for a fee. The concept proved successful, and restaurants sprang up across the country. In 1954, the company entered the lodging business, establishing a motel in Savannah, Georgia.

1954 was also the year Howard Johnson’s first came to Indianapolis. Located in the 7700 block of East Washington Street, the single-story structure looked similar to many of the motels lining the National Road at the time. Two years later, a restaurant opened in booming post-war development, The Meadows. 1963 saw a lodge and restaurant race into Speedway along Crawfordsville Road. The most prominent location opened downtown two years later, featuring 240 hotel rooms in an eight story tower. A restaurant and hotel opened on Harding Street in 1975 and a new location on the east side opened in 1979. Indy was well represented in a chain totaling over 1,000 restaurants and 500 hotels. 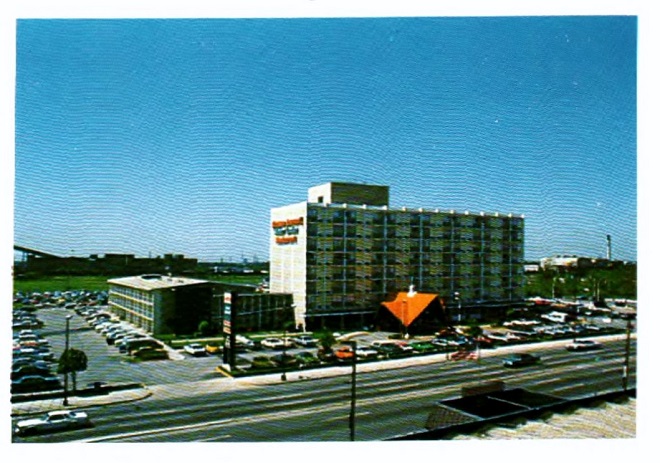 So, what happened? Howard B. Johnson, the son of the founder, Howard D. Johnson, cashed in, selling to a British group for some 630 million dollars in 1980. The chain went through several ownerships throughout the next decade, while franchises and consumer confidence eroded. The once-famous restaurants were essentially killed off during an ownership stint by Marriott, who converted most of the locations to their own brands. In Indianapolis, most properties declined severely. The first Indy location ceased being a “HoJo” in 1971. Today, an Applebee’s stands at the site. Speedway became a Super 8 circa 2002, and later, became the Budget Inn. After numerous police runs and a particularly gruesome murder by a hotel employee in 2007, the town stepped in, buying the property for demolition.

The south location ended its life as the Best Inn during March of 2014, when a judge ordered it closed due to drug trafficking. Being located next to the Indiana Convention Center saved the downtown location. The property was picked up by Whiteco Industries in 1989. After an extensive renovation, it became a Ramada, then a Courtyard by Marriott. In 2009 the property was largely demolished to make way for Marriott Place. Although completely unrecognizable, the Fairfield Inn portion of the complex utilizes part of the former “HoJo” structure and is one of the few reminders of what was once a dominant national name in hospitality. What former chains, if any, do you miss having in Indy? 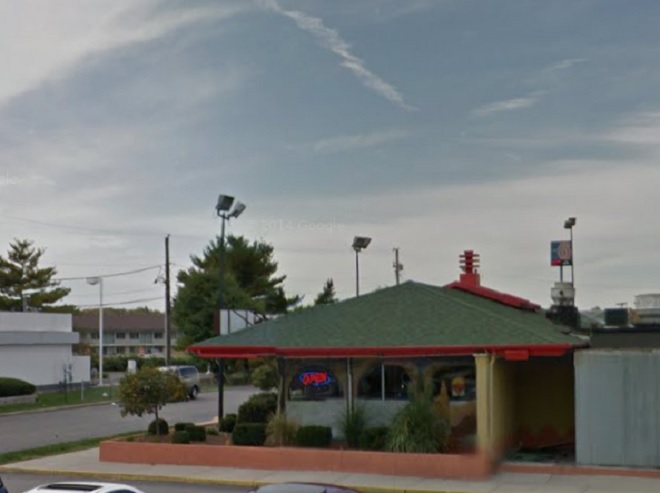 The hotel is demolished and the orange roof has been covered up at the Speedway location, although the spire serves as a reminder to what was once the dominant name in American restaurants.