At Your Leisure: The Marion Political Party! 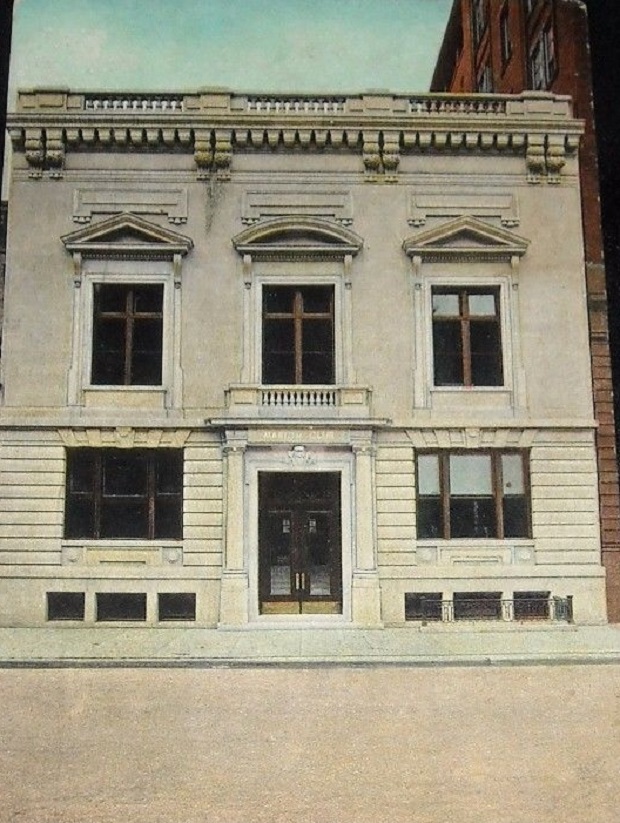 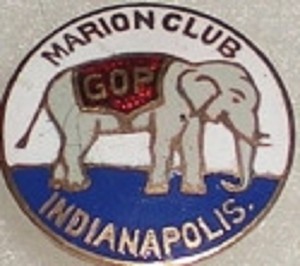 Did you do your civic duty on Tuesday by voting? Unfortunately, it looks as if many people skipped the polls. Nevertheless, Joe Hogsett will become the 22nd Democrat to hold the Mayor’s Office in Indianapolis. Many feel uncomfortable discussing political matters at work or in public, and even here, when it’s in an historic context. These feelings have existed for generations though; private clubs have existed for years to put like-minded people in a more comfortable setting to engage in political discussion. Many are familiar with the venerable Columbia Club, which has always been a stronghold for Republicans, but did you know that another right-leaning club once existed on North Meridian Street? 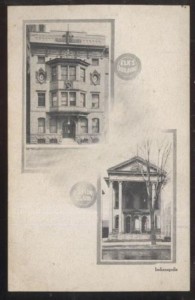 The lower right shows how the Marion Club appeared prior to 1903.

Established in the late 1880s, the Marion Club served its Republican Membership as a place to meet and lounge. The all-male membership could talk freely about the politics of the day. The building even included offices to register voters. On the evenings of elections, candidates often came by to speak at dinner functions.  This was an example of the type of place where politicians would wield their influence and make deals in smoke-filled rooms during the early 20th century. They even appeared to issue voter reminder cards to encourage political participation. The messages instructed members to go out and vote and encouraged their Republican neighbors to do so as well. The group also played together, being early adapters in the history of Indianapolis football. 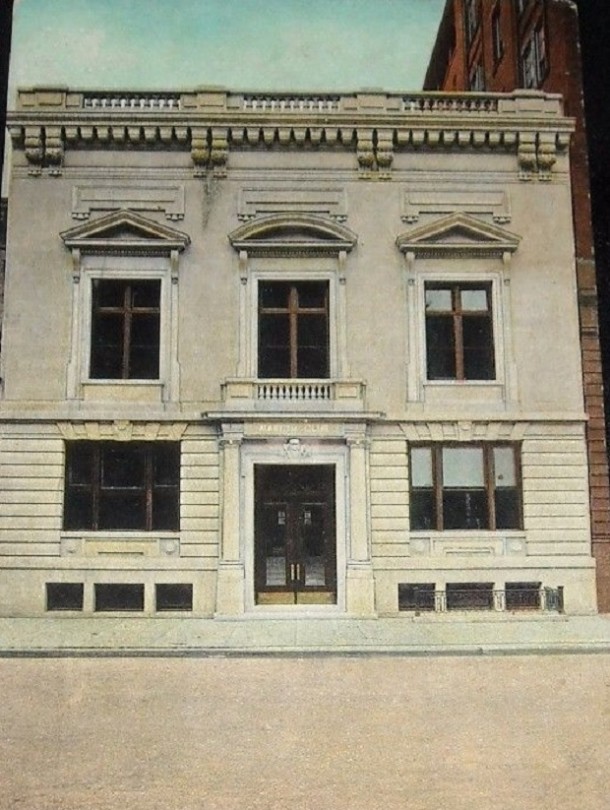 A postcard showing the club sometime between 1906 and 1914 prior to a three-story addition.

The history of the building may even be more interesting than the club itself. The original two-story clubhouse stood at 234 North Meridian (pre-1911 address) and featured four columns supporting a large covered porch. Tragedy struck in 1903 when adjacent North Meridian Methodist Episcopal Church burned to the ground, badly damaging the club. The club was rebuilt, and the new digs boasted a stately limestone façade, shedding the former overhang.

Things must have been going well for Marion Club, because by 1914 the building grew by three stories. Amenities listed on insurance maps show features such as an auditorium, bowling alley, and swimming pool. This may be interpreted in retrospect as too ambitious, since a 1928 picture shows a large ‘for-sale’ banner draped across the building.

That is when the story of this block went from political to commercial. The Union Telephone Company built a new headquarters on the site of the burned church in 1906. By 1929, the newly named Indiana Bell was looking to expand and bought the neighboring clubhouse and demolished it. Instead of merely expanding its existing building, the phone company turned it 90 degrees to the west and erected an 8 story art deco structure on the newly vacated land. In keeping with the Marion Club tradition, the phone company built up in 1947 and again in 1967, the latter at the expense of the building moved in 1930. 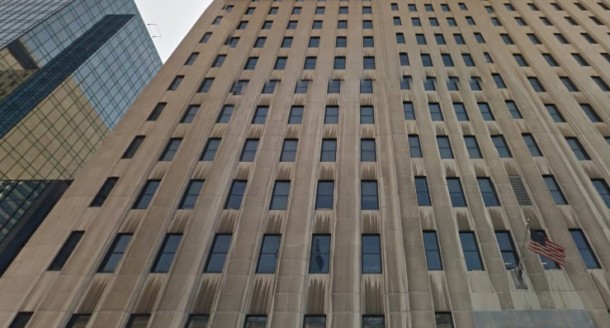 The Indiana Bell building was considerably shorter than it stands today when it replaced the Marion Club in 1930.