Butler students clowning around on the stage of the newly completed Brown Theater in 1955. (Image: Butler University)

Life just seems better outdoors. During summer months, it is always enjoyable to eat dinner on one of the many restaurant patios downtown, take in a concert at ‘The Lawn’ or maybe catch a baseball game. Did you know that residents used to see “the stars under the stars” in off-Broadway musical productions on the north side of the Circle City?

According to The Encyclopedia of Indianapolis, Starlight Musicals actually began in 1944 at Garfield Park with a one-off production of Pirates of Penzance.  The musical proved to be a hit with the local populace and a permanent summer theater was established. For the next ten years, Starlight Musicals rotated performances between the Indiana State Fairgrounds and the Butler Bowl.

Butler University was quite ambitious when construction on their current and final campus began in 1928. East of the iconic field house, sat the 36,000 seat “Butler Bowl” which dwarfed facilities at larger state rivals Indiana University and Purdue. In the years following World War II, it became clear the Bulldogs would not be able to compete in the upper echelons of college football, and there was no need for such a large stadium.

In 1954, the Hilton U. Brown Theatre was constructed in the south end-zone seating area of the Butler Bowl. The 4,000 seat outdoor amphitheater was named after the iconic Indianapolis newsman who was President of the Butler Board of directors. This change of venue gave Starlight Musicals a permanent home. 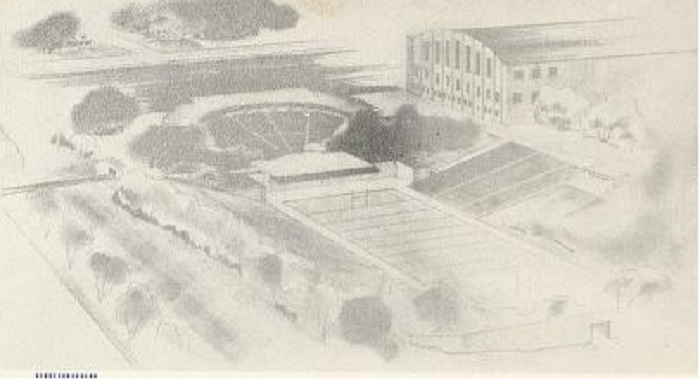 This rendering shows how the proposed amphitheater would be placed in the Butler Bowl. (Image: Butler University)

The next thirty years, Starlight Musicals was a rousing success. Performances by local ensembles often featured “A-List” celebrities of the time. Some of the names to have graced the stage include: Yul Brenner, Carol Burnett, Liberace, Jack Benny, and Liza Minnelli. In 1979, a balcony was added to the theatre, along with a roof to accommodate the large crowds. 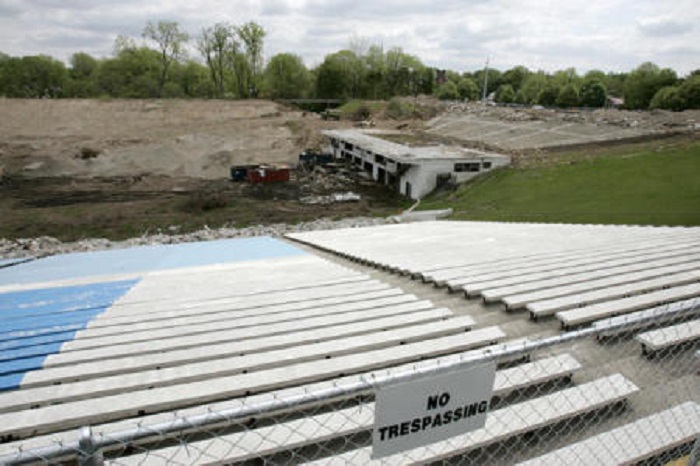 The Hilton U. Brown Theatre is largely demolished in this 2005 picture, but you can still make out the fan-shaped seating area. The stage would have sat atop the building in the end-zone. (Image: Butler University)

Tastes in popular culture can be fickle. As the 1980’s progressed, interest in expensive live musical productions waned. By 1993, it was decided that ticket sales would not cover the expenses of the upcoming season. The Starlight Musicals Board of Directors voted to cease operations shortly before the season began. For the next decade, the aging Hilton U. Brown Theater was used sporadically for various rock concerts, but largely sat empty. In 2005, facing a need for increased student housing, Butler University demolished the rapidly decaying Butler Bowl and Hilton U. Brown Theater to construct the new Apartment Village. A modern, but scaled down version of the Butler Bowl still exists in the same location.  The site of the theater features a grassy berm for football and soccer spectators. 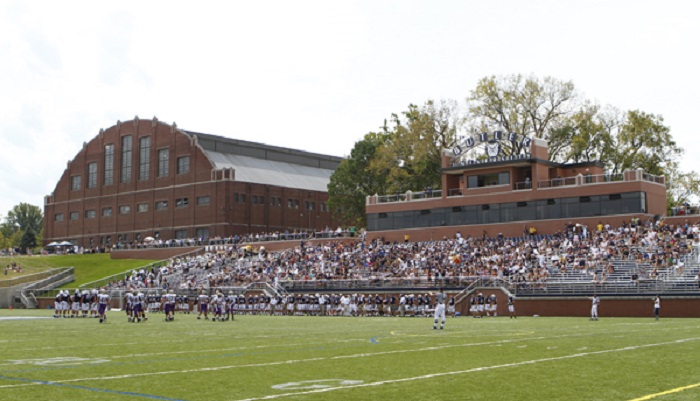 The Butler Bowl as it appears today after a massive overhaul. The grassy area to the left would be approximately where the theater sat from 1954 until 2005. (Image: Butler University)

Did you ever attend any performances at the Hilton U. Brown Theatre?