During the 1913 spring floods in the Midwest, Indianapolis auto manufacturers worked to rescue flood victims.

The downpour started on Easter Sunday, March 23, 1913.  By mid-week many parts of Indianapolis were stranded by the swollen White River and its tributaries.  With the crippling of street car and other transportation systems, Indianapolis auto makers came to the rescue.

Every factory, garage, and many private owners placed their cars at the disposal of the police and other departments.  New cars, test cars, factory trucks, and anything that would run was pressed into service in the flooded districts where it was sometimes too swift for boats.  These vehicles carried the imperiled families to places of refuge.

The personal touring car of Henderson Motor Car Co. Vice President R. P. Henderson was placed at the disposal of authorities on the north side making trips carrying flood victims to high ground.  One of the first trucks placed in service was “Old Bolivar,” the first Henderson touring car built, that was serving as the factory pickup truck.  The truck transported a boat and officers to the flood area across the Fall Creek Bridge.  Every available factory car was in service for three days carrying provisions to rescue stations and transporting families that had been forced to flee from their homes.

Workers at the Marion Motor Car Co. worked without rest to rescue those isolated below the Oliver Avenue Bridge.  Others were busy taking food supplies to various water lines.  Marion officers J. I. Handley and W. McKay White, Bruce Daniels of Pathfinder Co., and George Moscovics of American Motors worked all Tuesday night and throughout Wednesday to help bring those victims from west Indianapolis to safety on the second floor of the Marion plant.  White and Moscovics brought almost 200 to the relief station.

High water reached some of the other automobile factories in town.  The levee at Morris Street broke inundating the first floors of Nordyke Marmon Co. (1223 W. Morris St.), the Marion Motor Car Co. (900 Oliver Ave.), and the Pathfinder Co. (1140-60 Division St.).  The cars in the process of assembly and those already complete were placed out of harm’s way.  No time was lost filling orders.  Products ready for shipment encountered delays due to flood damage to the railroads. 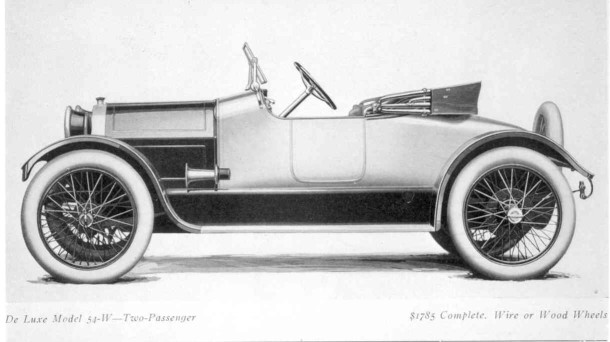 Even at its crest the water did not touch the Henderson plant at 14th and West Street.  The factory was closed down for two days because most of the employees lived across the river in the area that was shut off from the city by the rising waters.

Hoosier Motor Club members raised $353.50 at a luncheon on Wednesday, for the homeless and hungry.

These auto makers provide another example of how Indianapolis business pull together in times of community crisis.