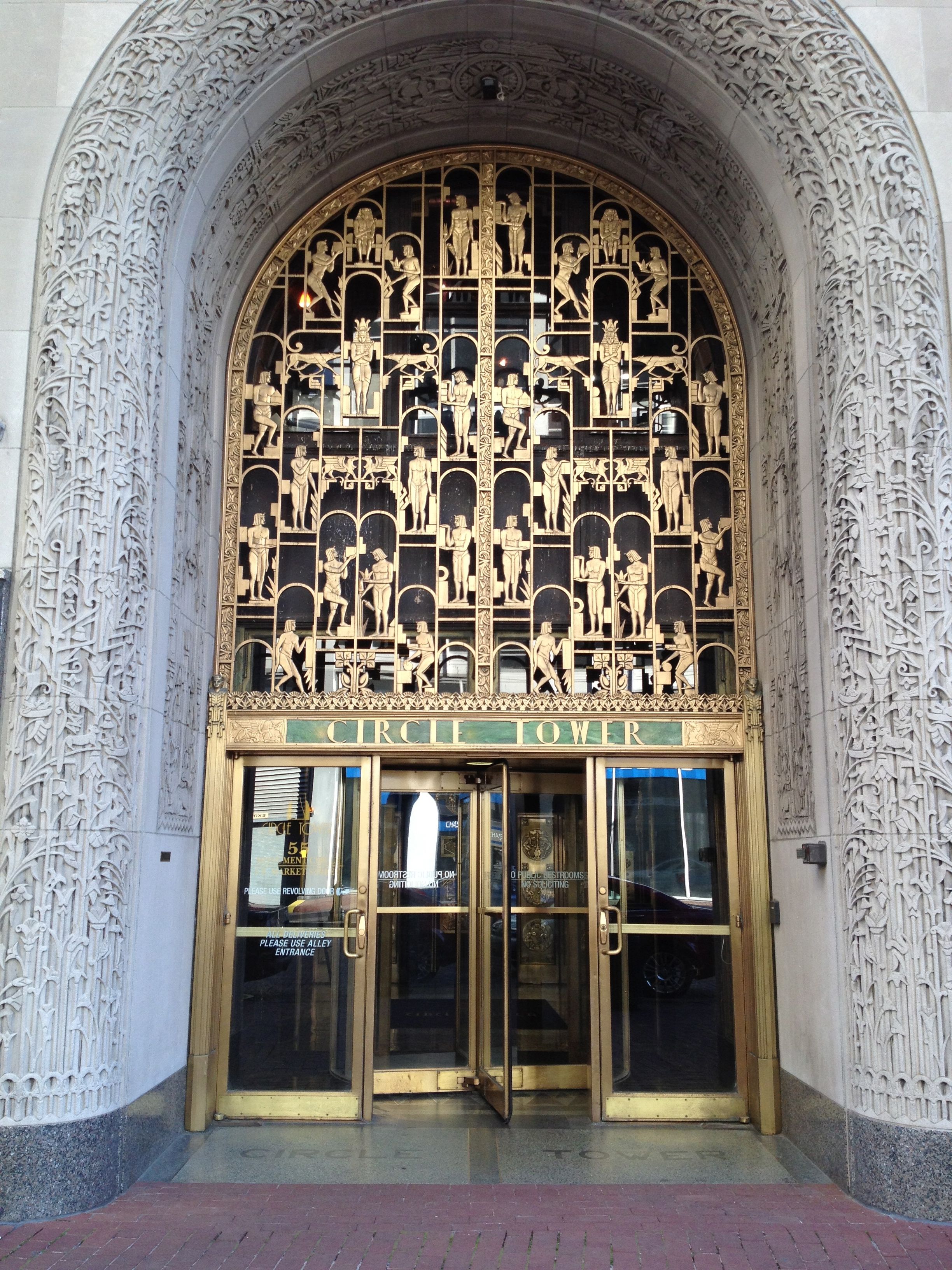 Art Deco. There’s something about the Art Deco style you have to love – I’ve always been drawn to the modern elements of the style that convey the jubilant mood of the 1920s. The Art Deco in Indianapolis is practically everywhere you look – from apartments to homes, tall buildings downtown, plus educational and public structures. Today, we’ll explore the captivating Art Deco style and some of its history and identifiable features.

Art Deco evolved after World War I as a modernistic style in both Europe and the United States. The Art Deco should not be confused with the Art Moderne, which immediately succeeded the Art Deco in the United States. In the 1922 Chicago Tribune competition for a new headquarters building, the Finnish architect Eliel Saarinen designed an Art Deco structure that received second prize. However, his design took the architecture world by storm and quickly thereafter, the Art Deco became “the” popular style for designs on commercial and public buildings. 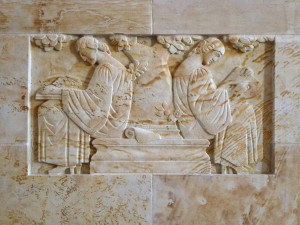 Most Art Deco structures in Indianapolis date within the 1920s and 1930s. Art Deco typically features an emphasis on horizontality, with a flat roof and a focus on solid horizontal lines as an architectural detail. Although a smooth wall surface (such as stucco) is common to the style, the use of brick and limestone on Art Deco structures is prevalent in Indianapolis. Items such as a tower or stepped vertical projection with ornament might be included.

Ornamentation on an Art Deco structure is one of the most integral features, prominently recalling Egyptian motifs and influences. The discovery of King Tut’s tomb in 1922 contributed to the heightened interest in Egyptian themes. Details such as chevrons, floral motifs, and a sunrise pattern are the trademark features of an Art Deco design. The use of reliefs (a carved panel with a minimal depth) is periodically seen on Art Deco structures.

You might already know one or two of the iconic Art Deco structures in Indianapolis, but each of these examples shows the stunning use and variety of the style. The Circle Tower (5 East Market St), finished in 1930 by architects Rubush & Hunter, is an excellent example of Art Deco. Although difficult to see from ground level, the top of the Circle Tower features wonderful ornamental panels. The entranceway highlights the Egyptian influence, using bronze hieroglyphic imagery as a window screen. 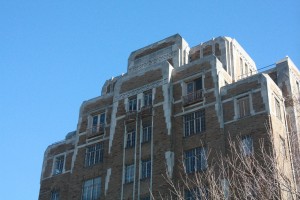 Two apartments buildings illustrate the Art Deco in its simplest forms. The Windsor apartments at 1235 North Delaware Street is a simple brick building, drawing its only ornament from the limestone entrance with the use of three horizontal lines. The Admiral at 3025 North Meridian Street is another brick apartment structure, however, it uses its multiple stories to highlight the stepped tower edges with limestone ornament. 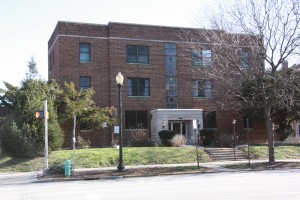 The last Art Deco example is no stranger to those of us who love Indiana history – the Indiana State Library (315 West Ohio Street). A design competition selected the proposal by local Indianapolis architects Pierre and Wright. The limestone State Library dates from 1932 and features iconic Art Deco details on both its exterior and interior. The horizontality of the exterior is highlighted by a band of reliefs that adorn the fourth story. The parapet wall features an ornate floral motif design. 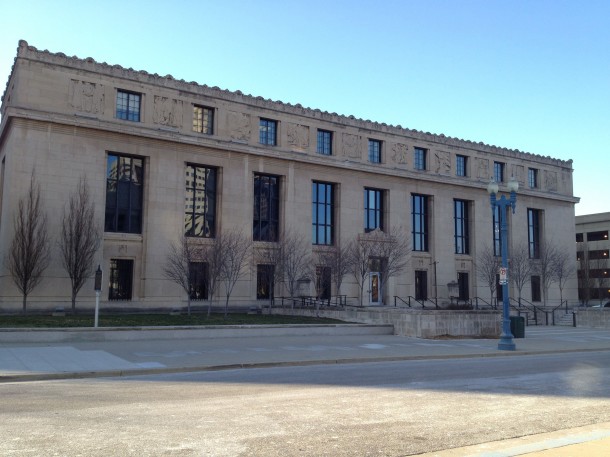 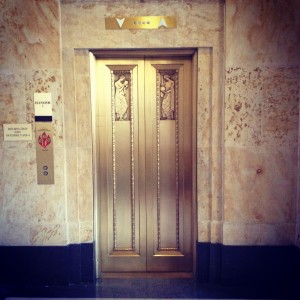 The Great Hall features additional Art Deco relief panels set within the sandstone walls, while the brass elevator doors feature Art Deco reliefs of two women.  Art Deco designed carved wooden owls rest above the entranceways – one of those truly unique features that combine both the use of the building and the unique interpretation of the Art Deco style.

Joan has posted some wonderful examples of the Art Deco in her Then & Now Feature, including 25 North Illinois/153 South Illinois and The Ma-Co Market. 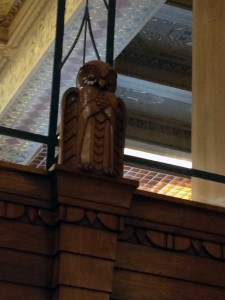 Although the building has lost some of its original features, including the original windows, it still is an excellent example of the Art Deco architectural style. 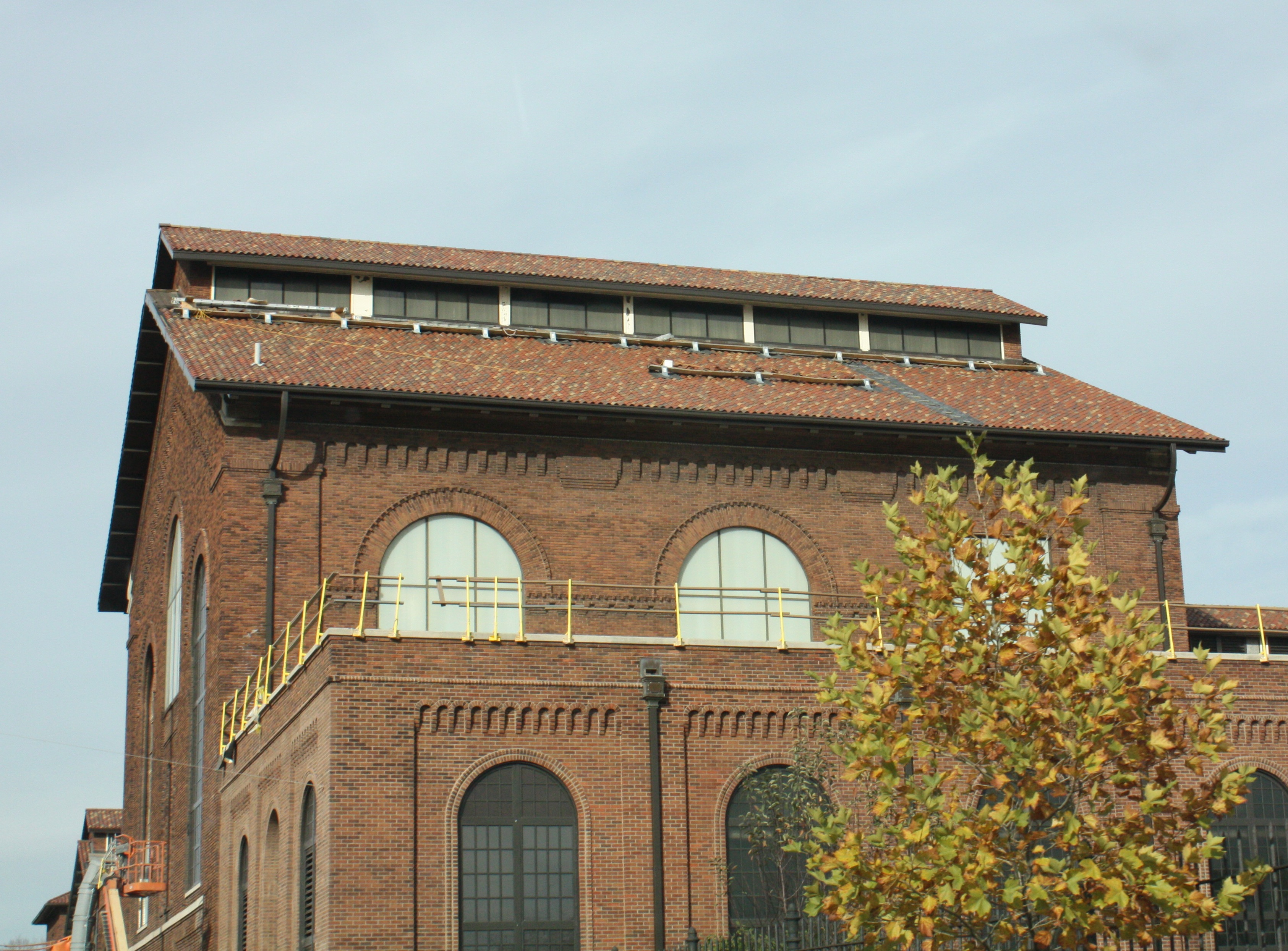 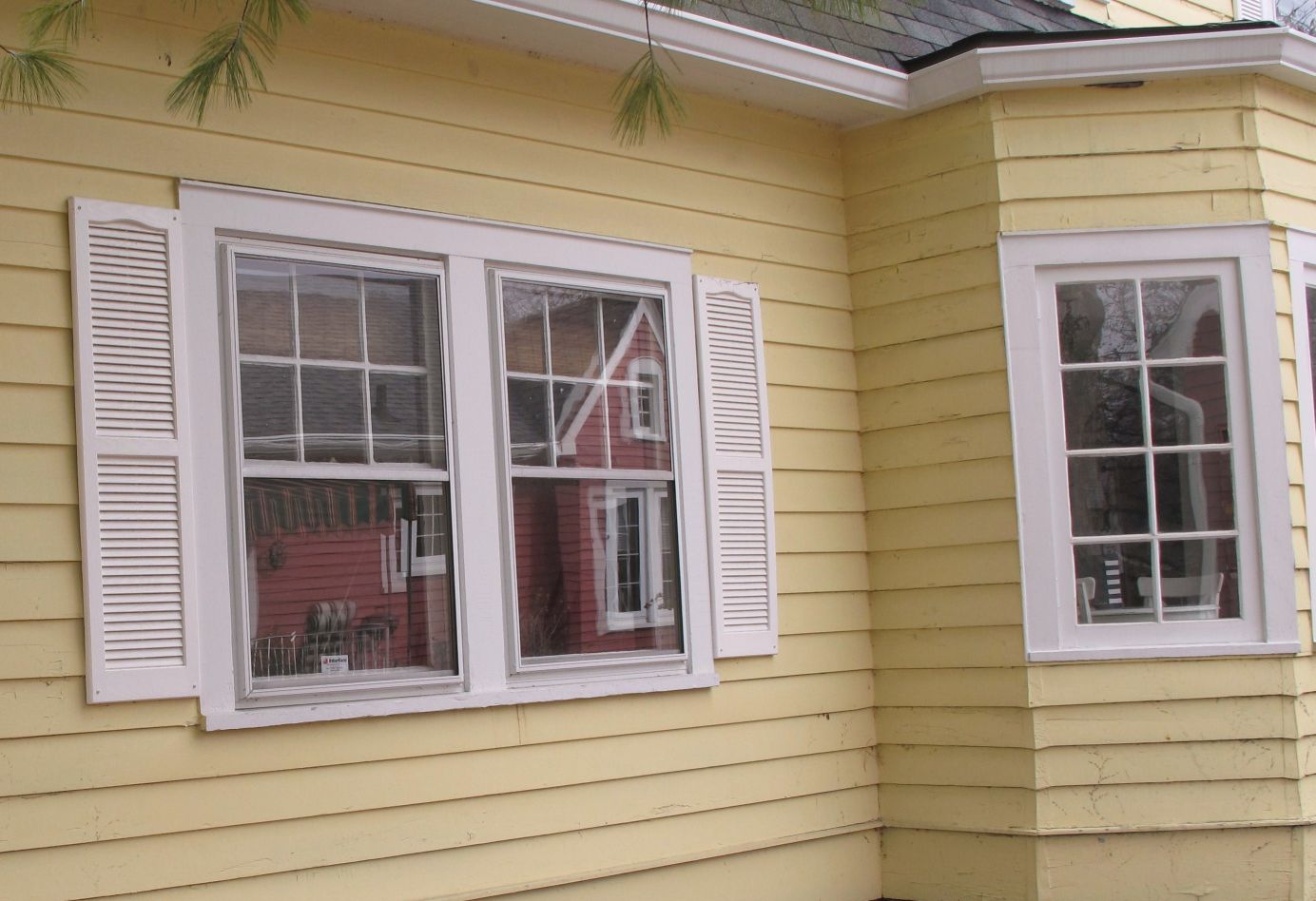