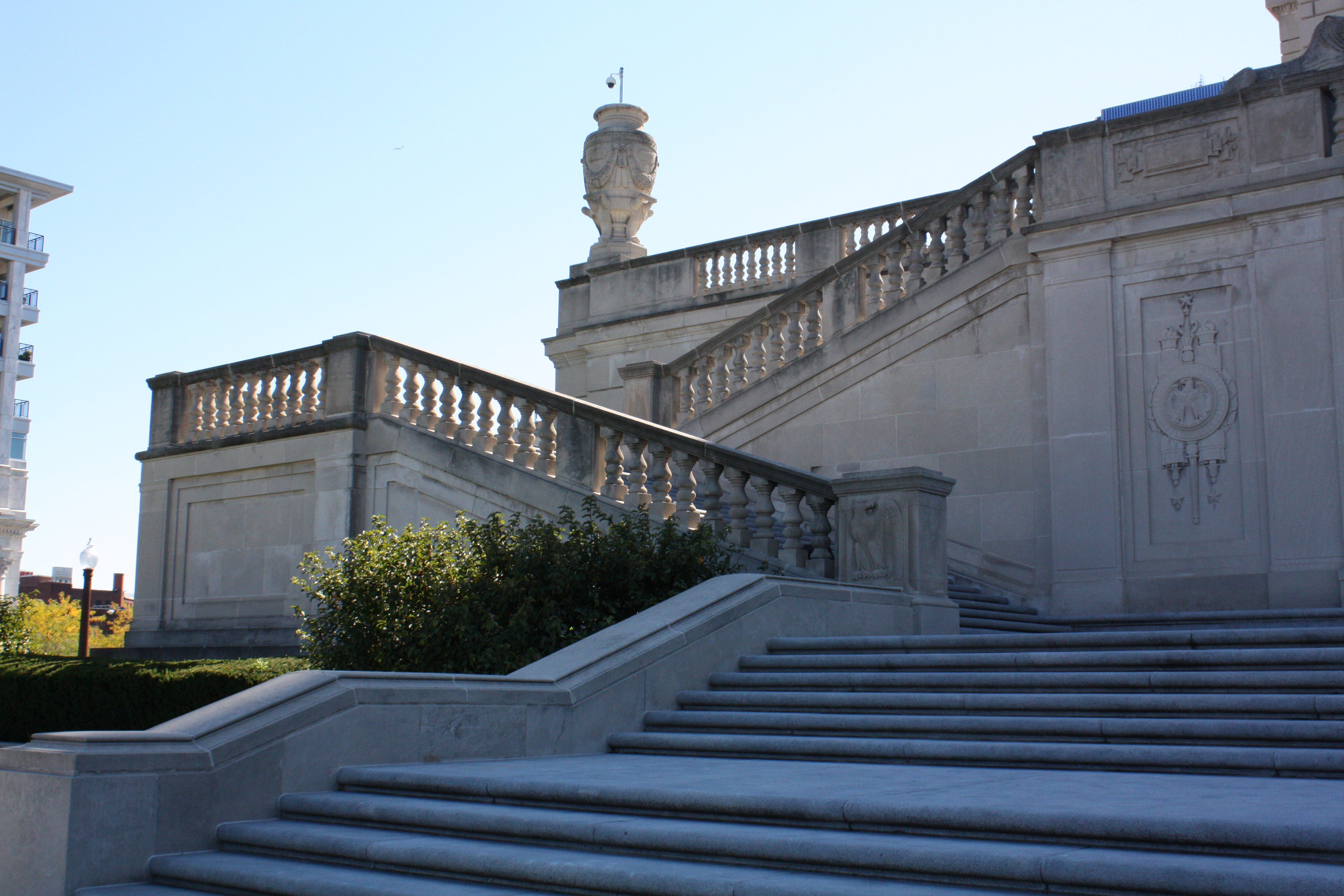 Balustrade. Today’s Building Language term is commonly used as part of the architectural vernacular and an item ubiquitous around Indianapolis. The balustrade is the plural of a baluster, which is defined as a singular, vertical support, on which a railing rests. The design of an individual baluster can vary depending on its placement and use, from square or circular, to wood or stone, and simple to ornamented. A balustrade is a row of balusters that supports a railing. The balustrade is utilized in various methods on both the exterior and interior of a building.

Balustrade is routinely applied when referencing the parts of a staircase. An example is the stone, ornamental, columned balustrade leading to the secondary level of the Indiana War Memorial.  Each baluster features a bulb shape and rests on a base. The balustrade terminates at each level with a square pedestal. For those readers with a staircase in your home, your stairwell most likely features some variation of this balustrade. 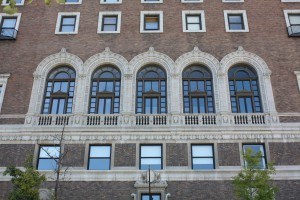 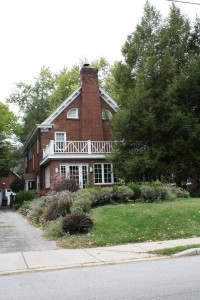 The balustrade can also be placed on top of a flat roof, frequently above first floor spaces that extend out from the primary structure. One example of this is found at 5164 North Illinois Street, located in the Butler-Tarkington Neighborhood. This balustrade lines the rectangular first floor space on the east elevation, with a wood balustrade and wood columns.

Touring a wonderful Queen Anne home, I remark, “The wood balustrade on that staircase includes such detailed woodworking. I can only imagine the time it took to carve each baluster.” 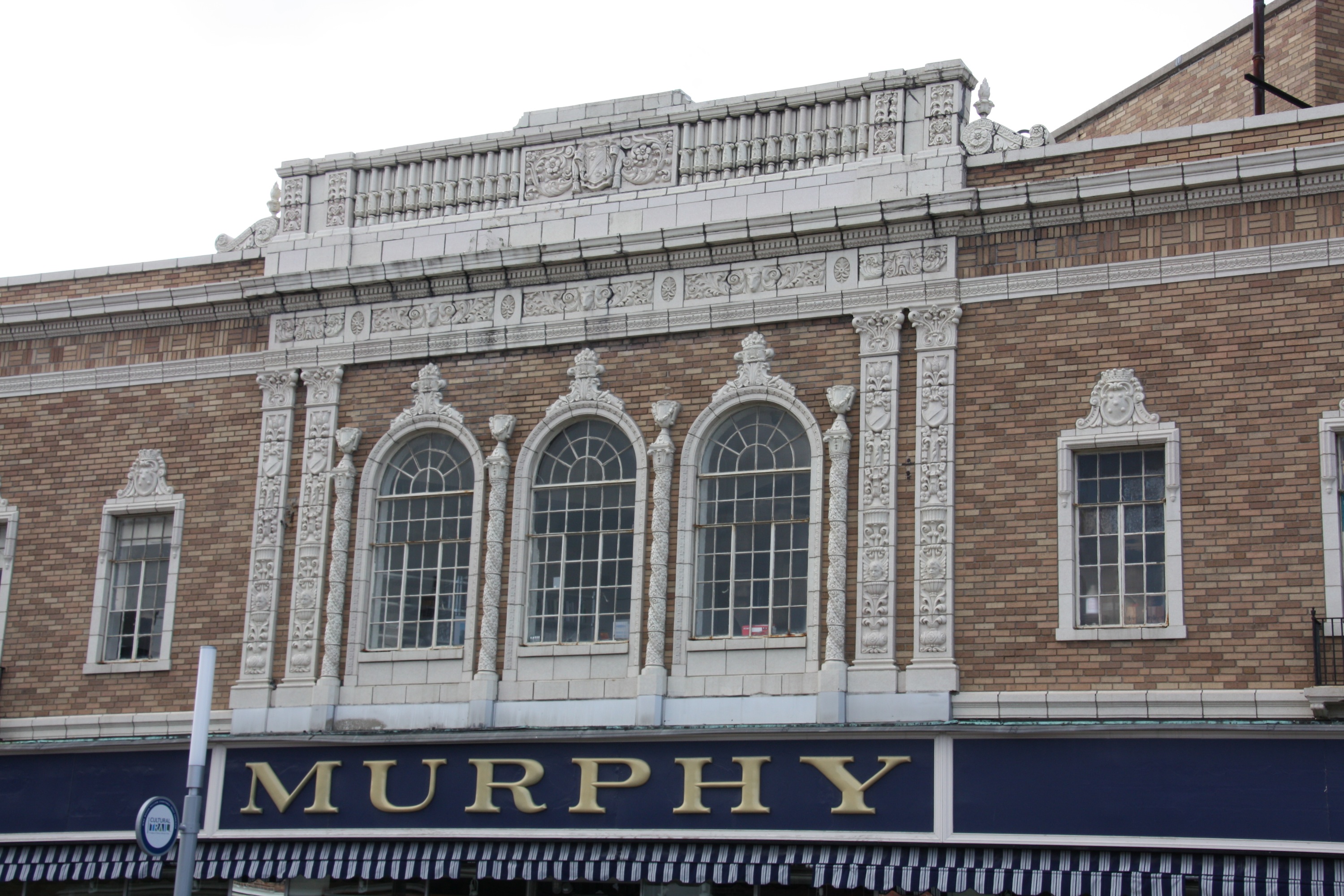 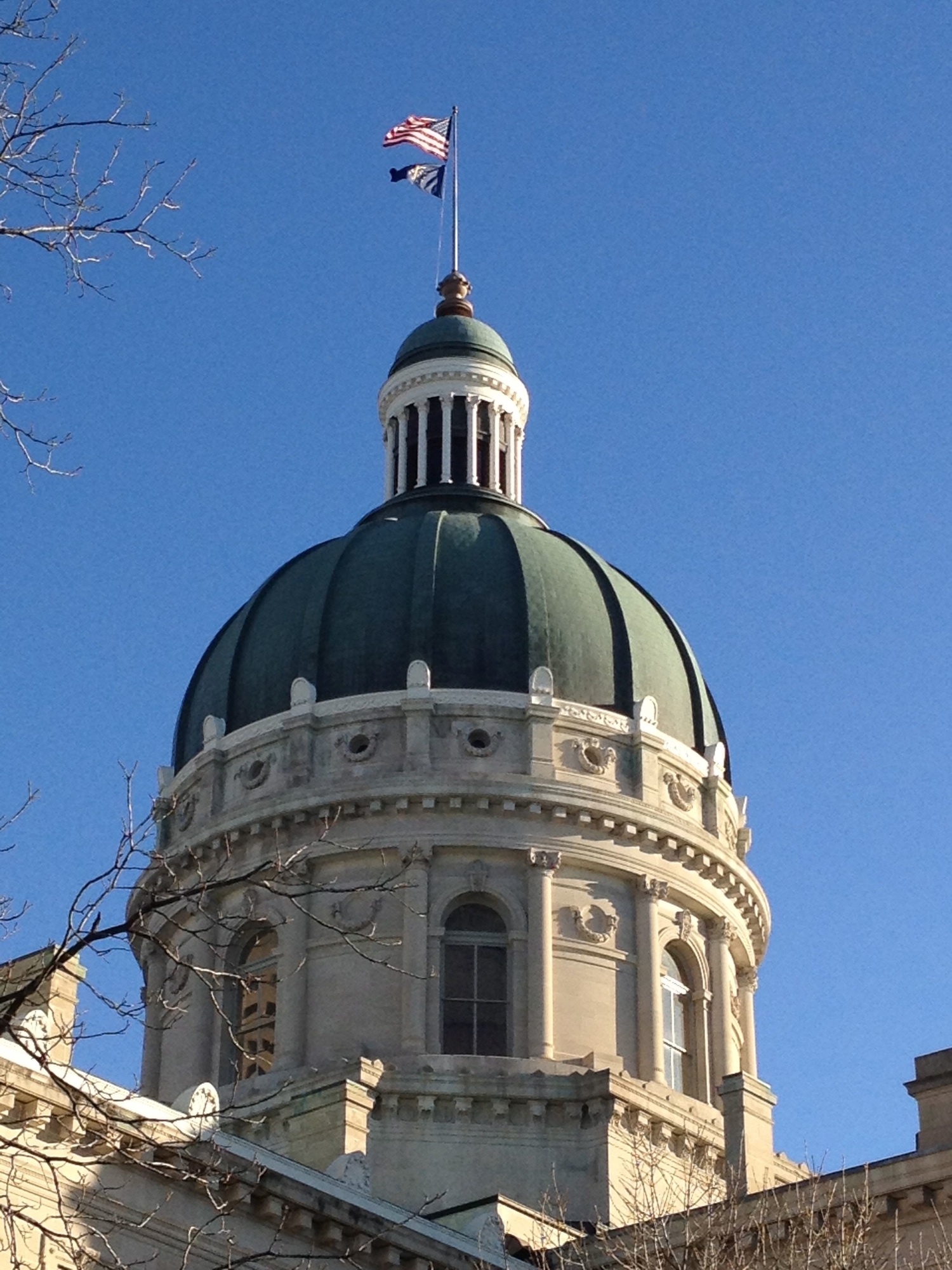 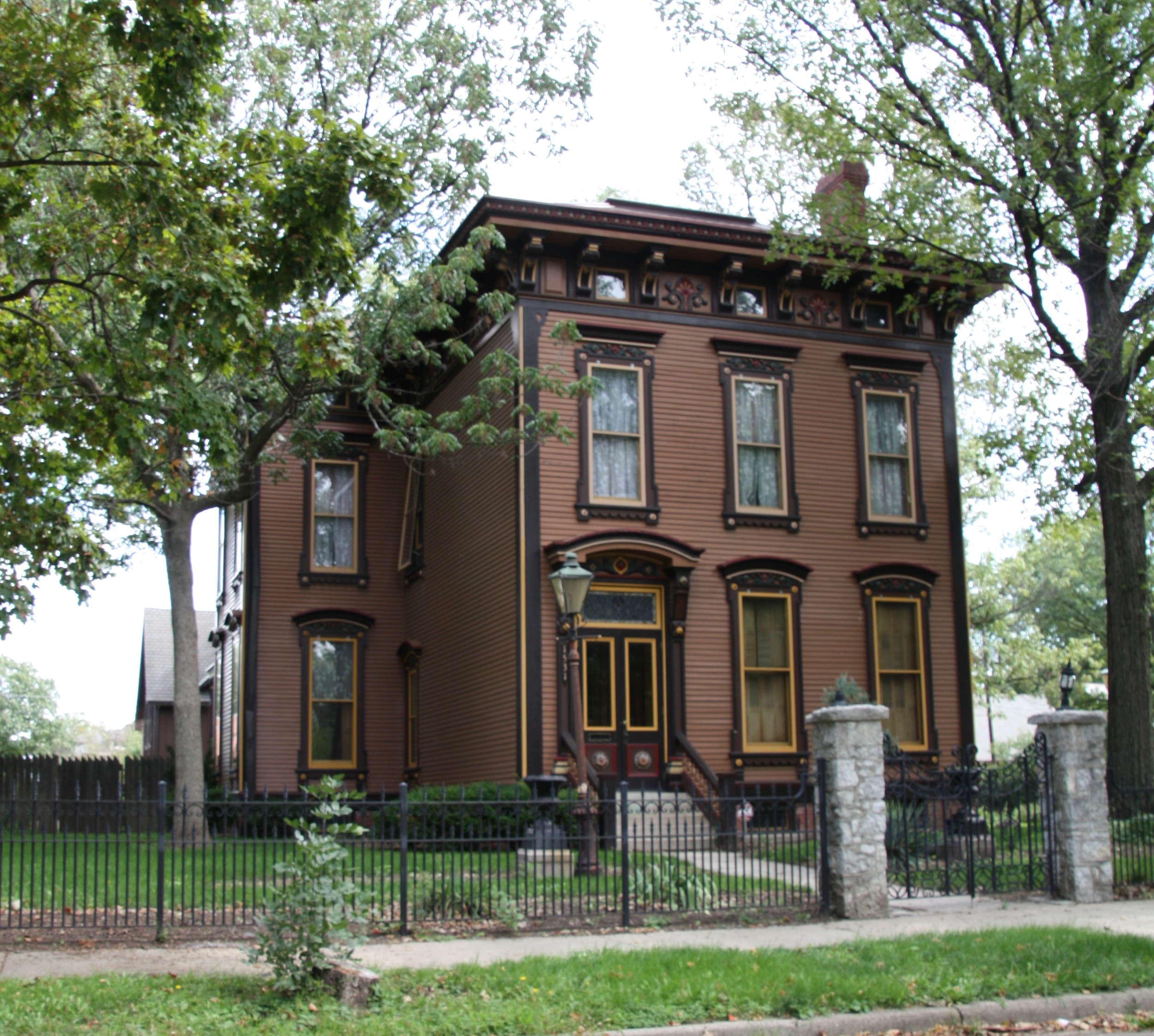