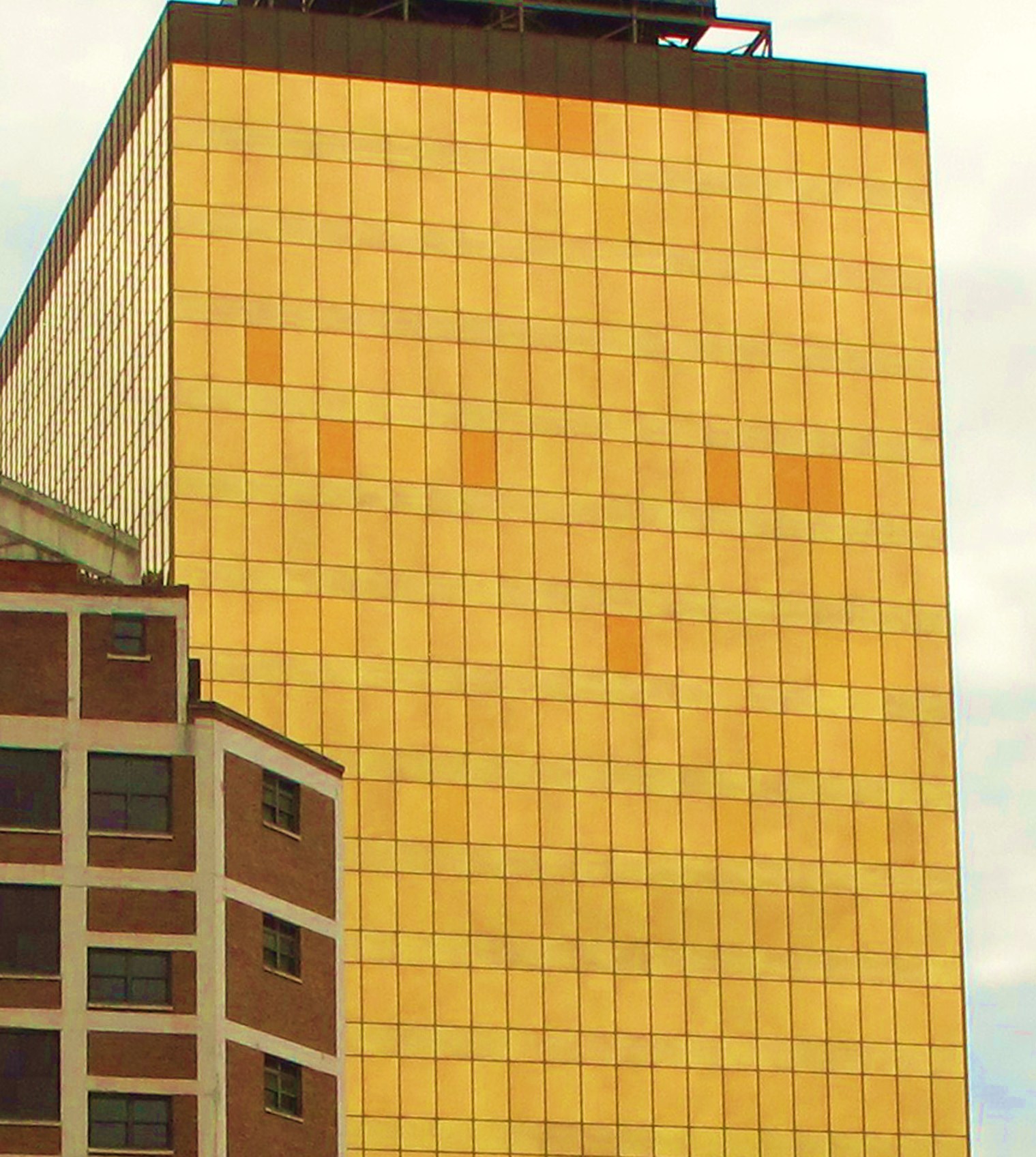 Glass Curtain Wall.  Although Historic Indianapolis fans may think of historic architecture in 19th Century terms, the National Park Service (which maintains the National Register of Historic Places) and architectural historians know that buildings over 50 years of age (as recent as 1961) may now be eligible for the National Register.  That means many of the glass curtain-wall structures in downtown Indianapolis have risen, or soon will be rising into the consciousness of preservationists.

The glass curtain walls in the photograph are on the building officially called “Market Square Center” by Indianapolis architects, Wright Porteous and Lowe, according to the book, Indianapolis Architecture.  This building’s become a city landmark, known locally as the Gold Building.

Curtain walls, such as those on the Gold Building, are an innovation made possible by the use of interior steel construction.  Steel (or in more recent buildings reinforced concrete), supports the weight of the building and exterior walls became merely a decorative barrier to the elements, applied as curtains might be to a window.  The glass curtain wall made International Style architecture, with its emphasis on lack of exterior decoration, possible.  The City/County Building’s International Style façade (constructed 1962) uses thin metal strips to separate the glass on its curtain walls, the Gold Building (constructed 1975) has walls that appear to be entirely composed of gold glass panels. 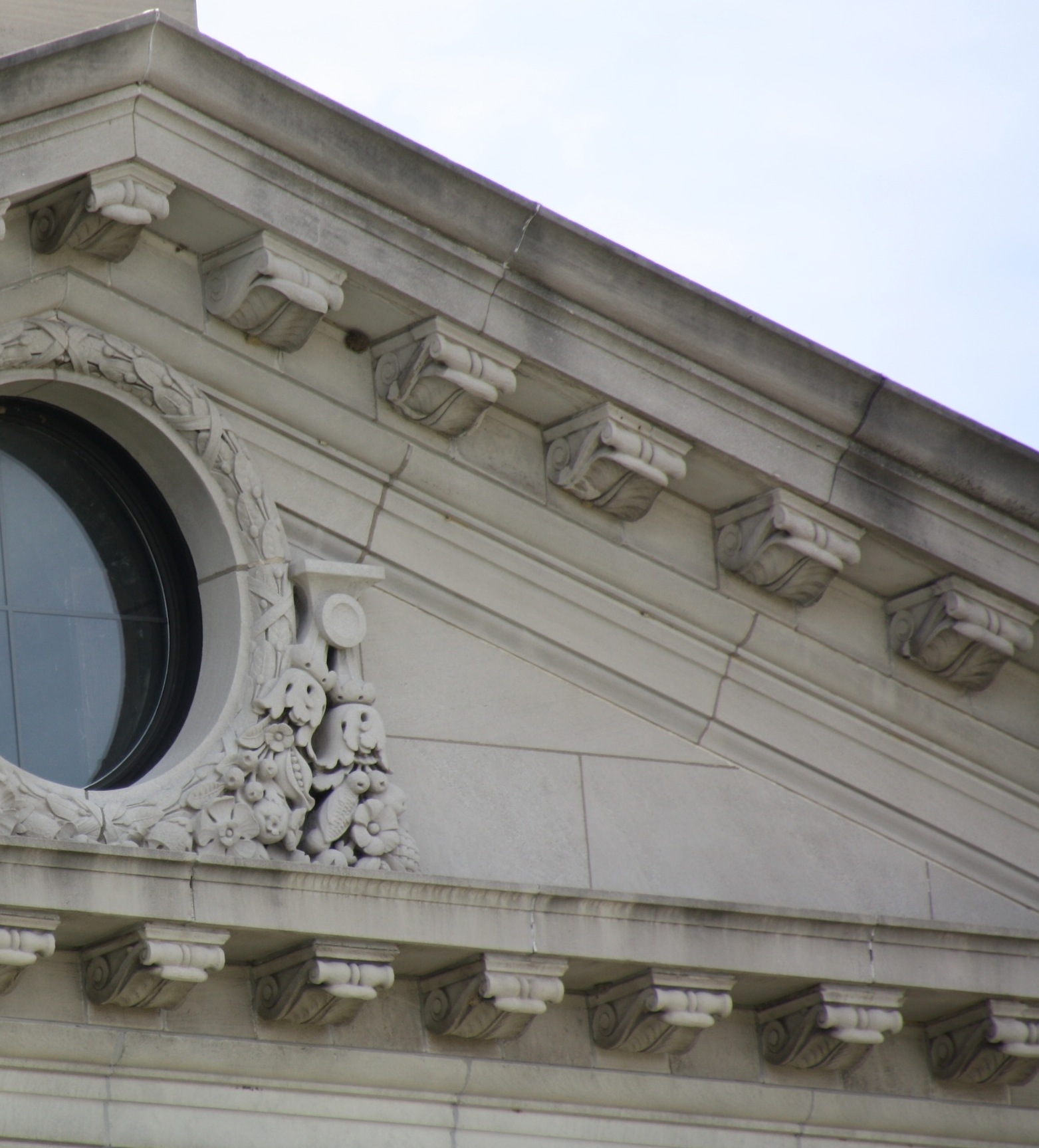 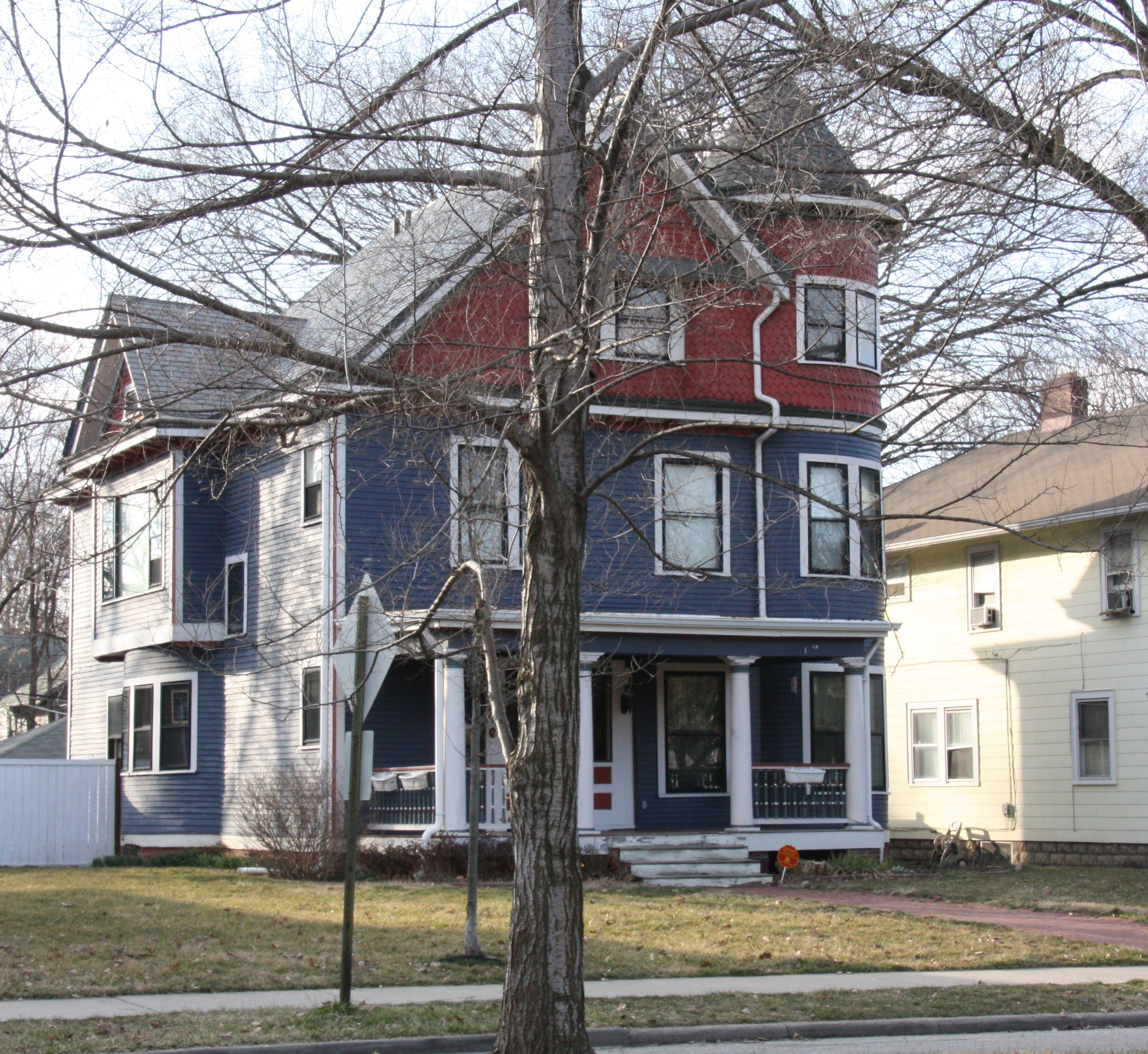 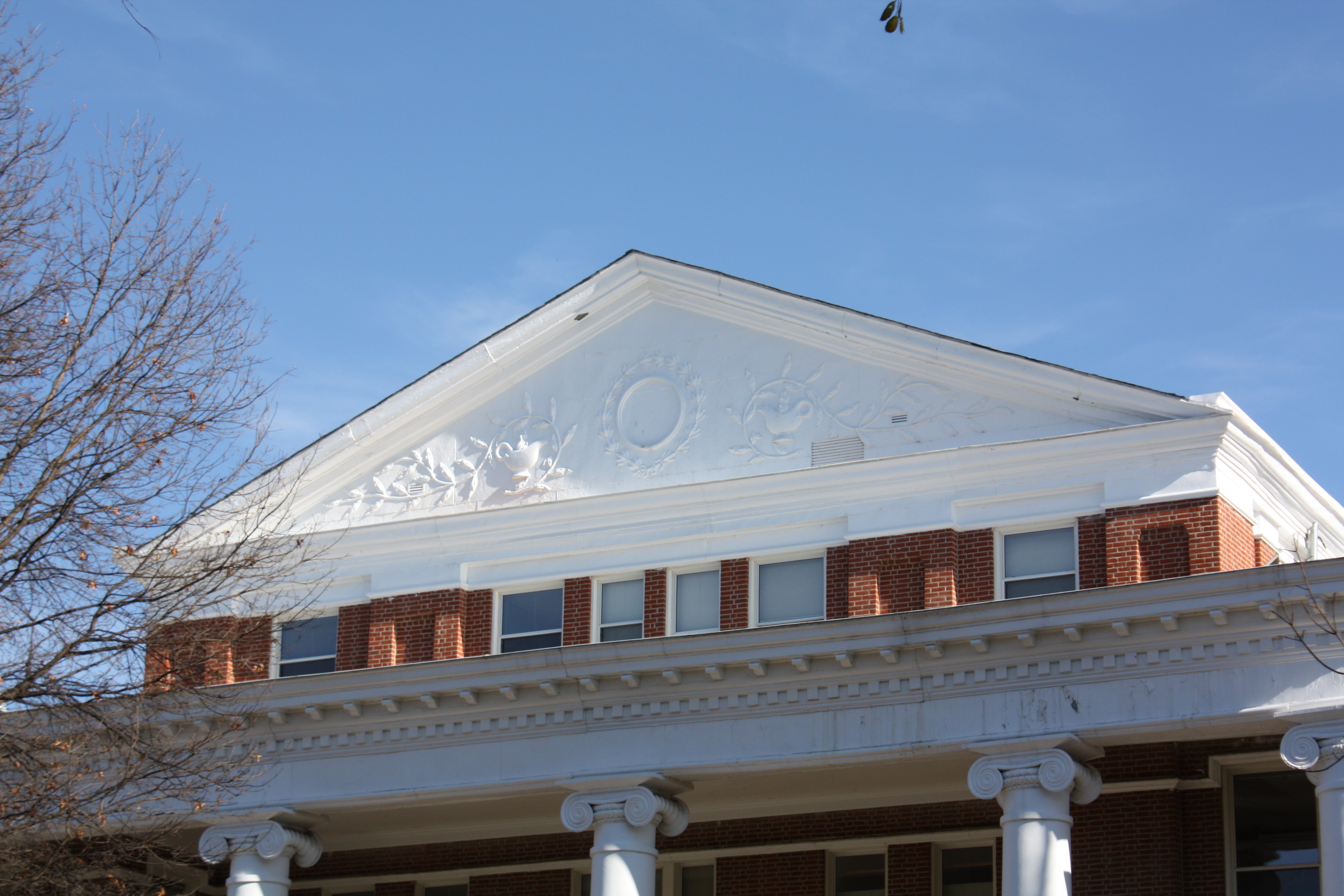