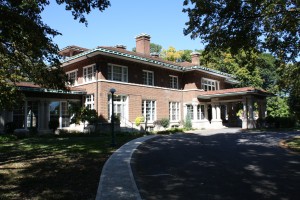 Porte-Cochère. The literal French translation equates to carriage (cochère) door (porte). Originally, porte-cochères provided a covered entrance for individuals to exit horse carriages. The porte-cochère gained prominence in the eighteenth and nineteenth century, commonly found on elegant houses and public structures. The porte-cochère extended off either a primary or secondary entrance to the structure. Typically, the porte-cochère featured a single story canopy with a large width, providing adequate space for a carriage. Porte-cochères in the United States can be found on a variety of structures, including residences, hotels, churches, and schools.

At the turn of the twentieth century, the automobile slowly replaced the horse and carriage. In turn, the porte-cochère provided shelter for individuals entering or exiting a vehicle. Several notable residential porte-cochères in Indianapolis date from the early to mid twentieth century, including two iconic mansions found on the campus of Marian University. 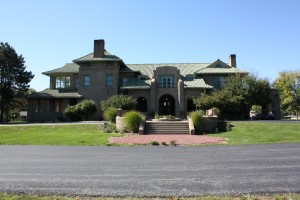 The Wheeler-Stokely Mansion (historic name: Hawkeye), an Arts and Crafts house, dates from 1911 by the architect William Price. The Wheeler-Stokely Mansion includes a porte-cochère on the north elevation, detailed with brick ornament and arched windows identical to the main structure. The structure was designed for Frank H. Wheeler, one of the founding members of the Indianapolis Motor Speedway and owner of a carburetor manufacturing company.

A second porte-cochère on the campus of Marian University is found at the Allison Mansion (historic name: Riverdale). The structure is another Arts and Crafts house, dating from 1911-1914, and designed by Herbert Bass and later, William Price. The Allison Mansion’s porte-cochère is located on the main façade, including paired stone columns with a roof identical to the main structure. Designed for James Allison, another founding member of the Indianapolis Motor Speedway and the founder of a company that produced headlights for automobiles.

Add it to your vocabulary – how might one use today’s Building Language term in their everyday life?
Unloading groceries into a house with a porte-cochère is very helpful, especially when it’s raining or snowing. 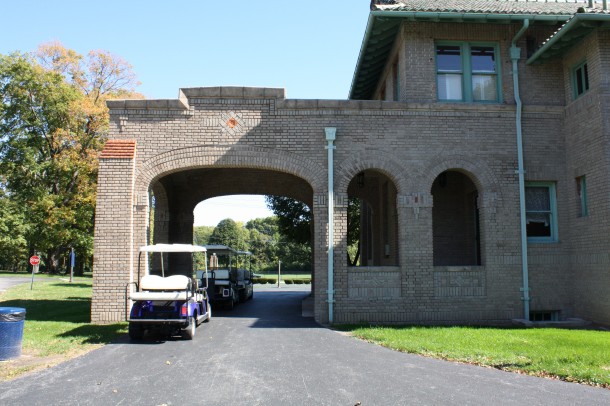 Detail of the Wheeler-Stokely Mansion porte-cochère on the west elevation. 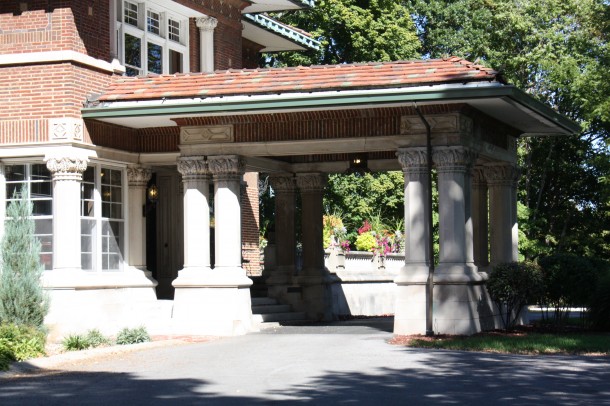 Detail of the porte-cochère on the Allison Mansion. 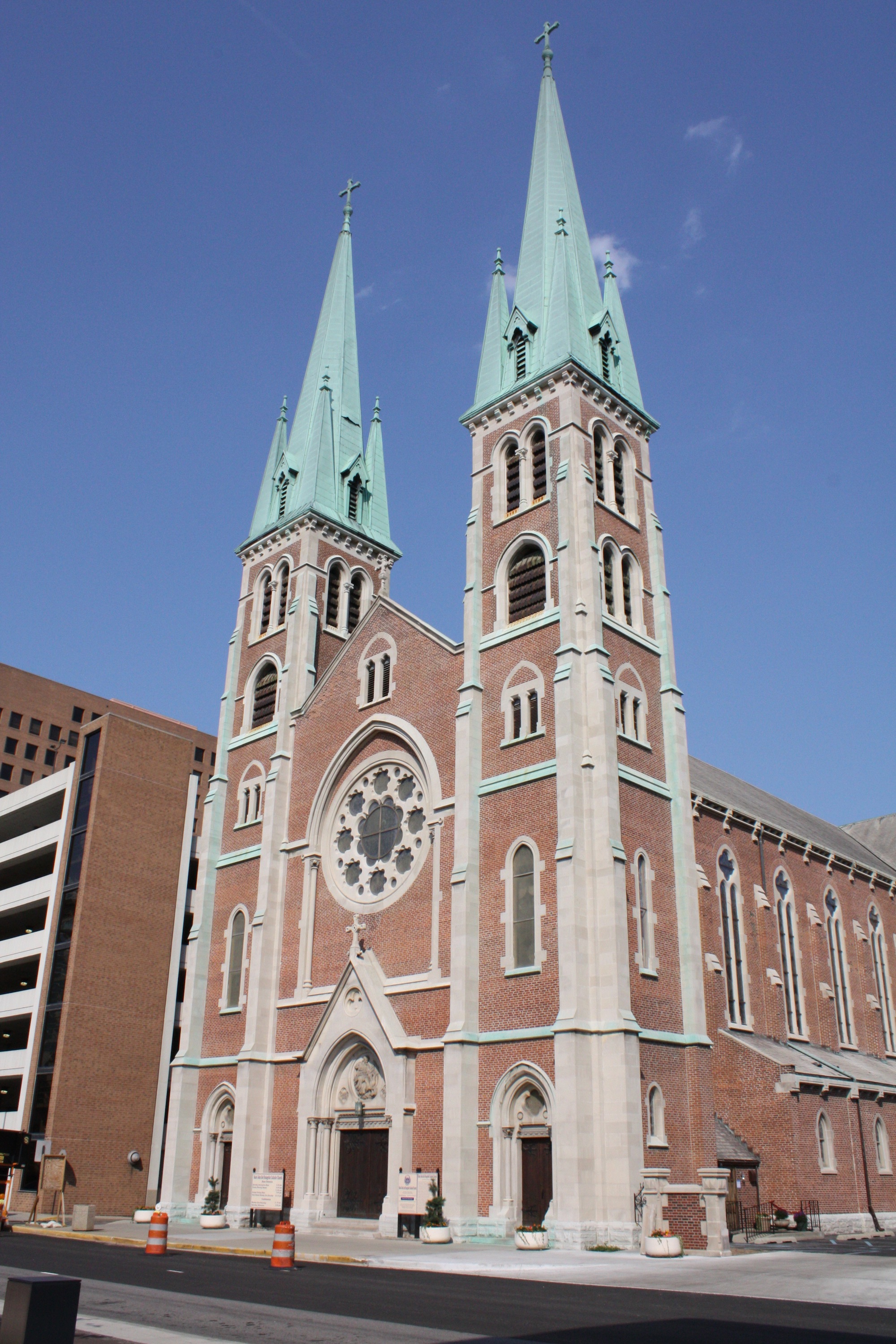 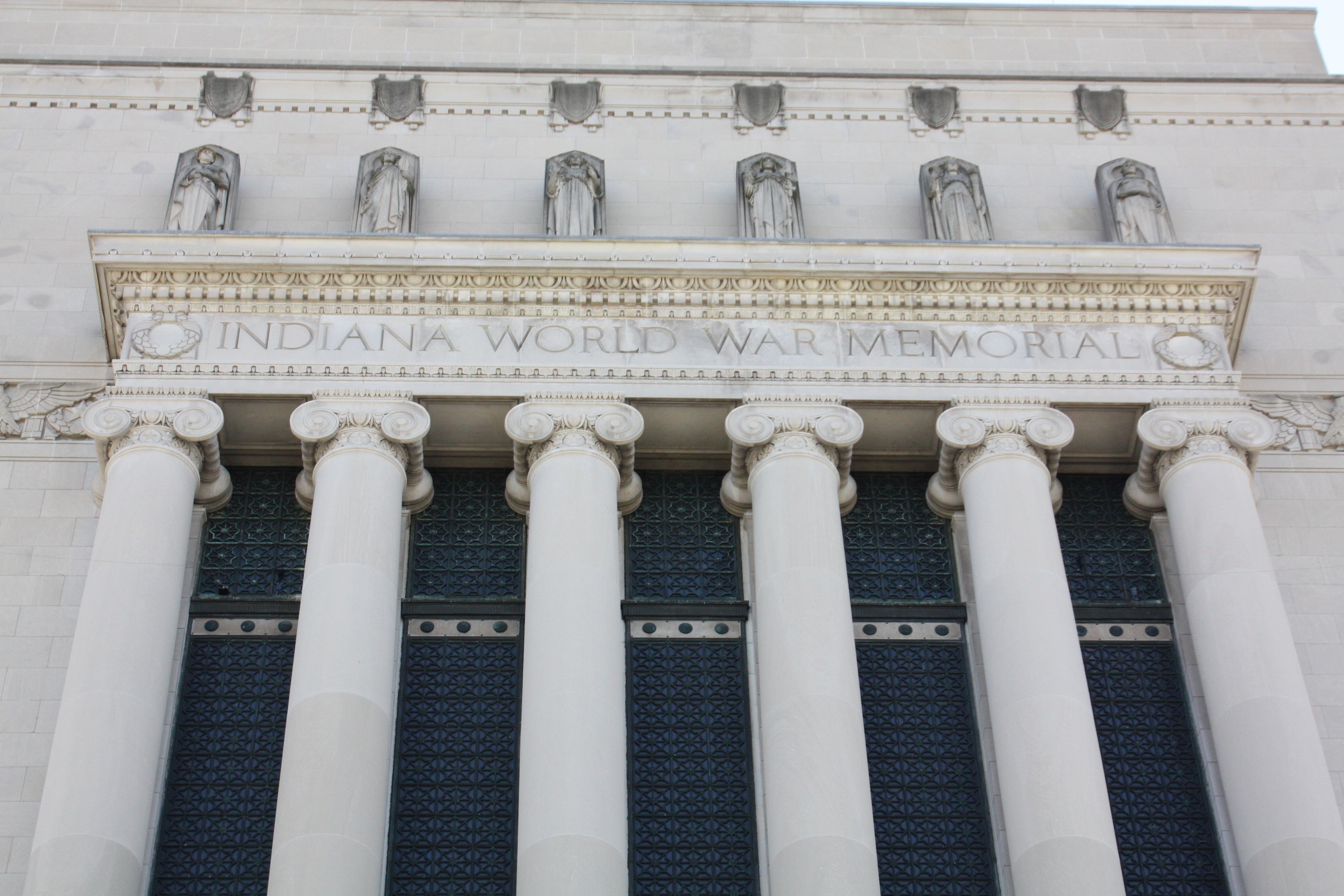