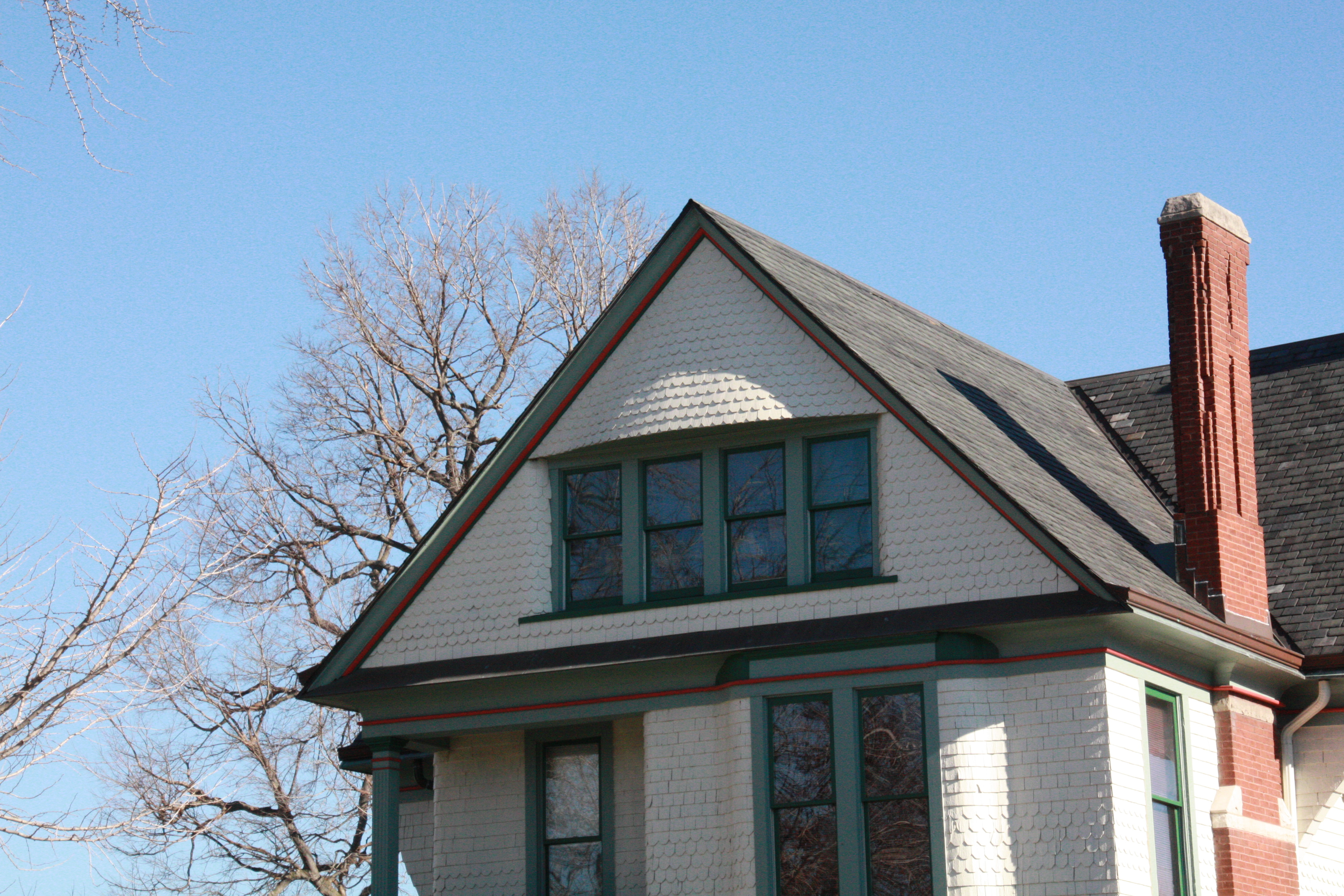 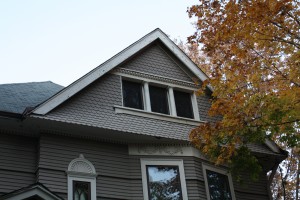 Ribbon Windows. The horizontal placement of three or more windows consecutively, separated only by mullions, is referred to as ribbon windows. This should not be confused with a monitor or clerestory windows, which act as a wall of windows letting in light into an interior space. Ribbon windows are a stand-alone feature and may include items such as hoods, lintels, and sills. Many architectural styles use the ribbon window as a feature, including, but not limited to, the Victorian, Shingle, Prairie, and Craftsman. The use of the ribbon windows can provide extra illumination into an otherwise unlit space, such as a small room or attic. 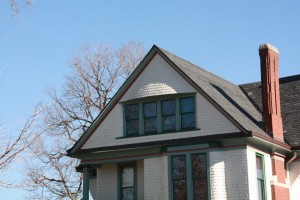 I located three residential examples in Indianapolis that illustrate the use of ribbon windows. The first, at 542 Lockerbie Square, features a set of three windows, punctuated by the addition of small columns between each mullion. The ribbon windows are found within a gabled end which includes a shingle pattern and a band of dentils.

Our second example is found in the Old Northside at 1413 North Delaware Street. Similar to the example in Lockerbie Square, this set of four windows, all separated by mullions, is nestled within a cross-gable of the roof. The wood shingles and exterior wall curves out on top of the windows, while the windowsill is deep to allow these windows to be placed back from the primary wall.

Our last example of the ribbon window is found at the Henry Campbell Mansion at 2550 Cold Spring Road. This set of three windows covers the entire dormer opening on the attic level of the structure. Since it is most likely this is the only light into the attic, it is not surprising the design incorporated the use of ribbon windows. 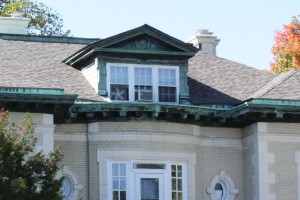 In restoring our windows, we found removing the ribbon windows was the most challenging part of the process. 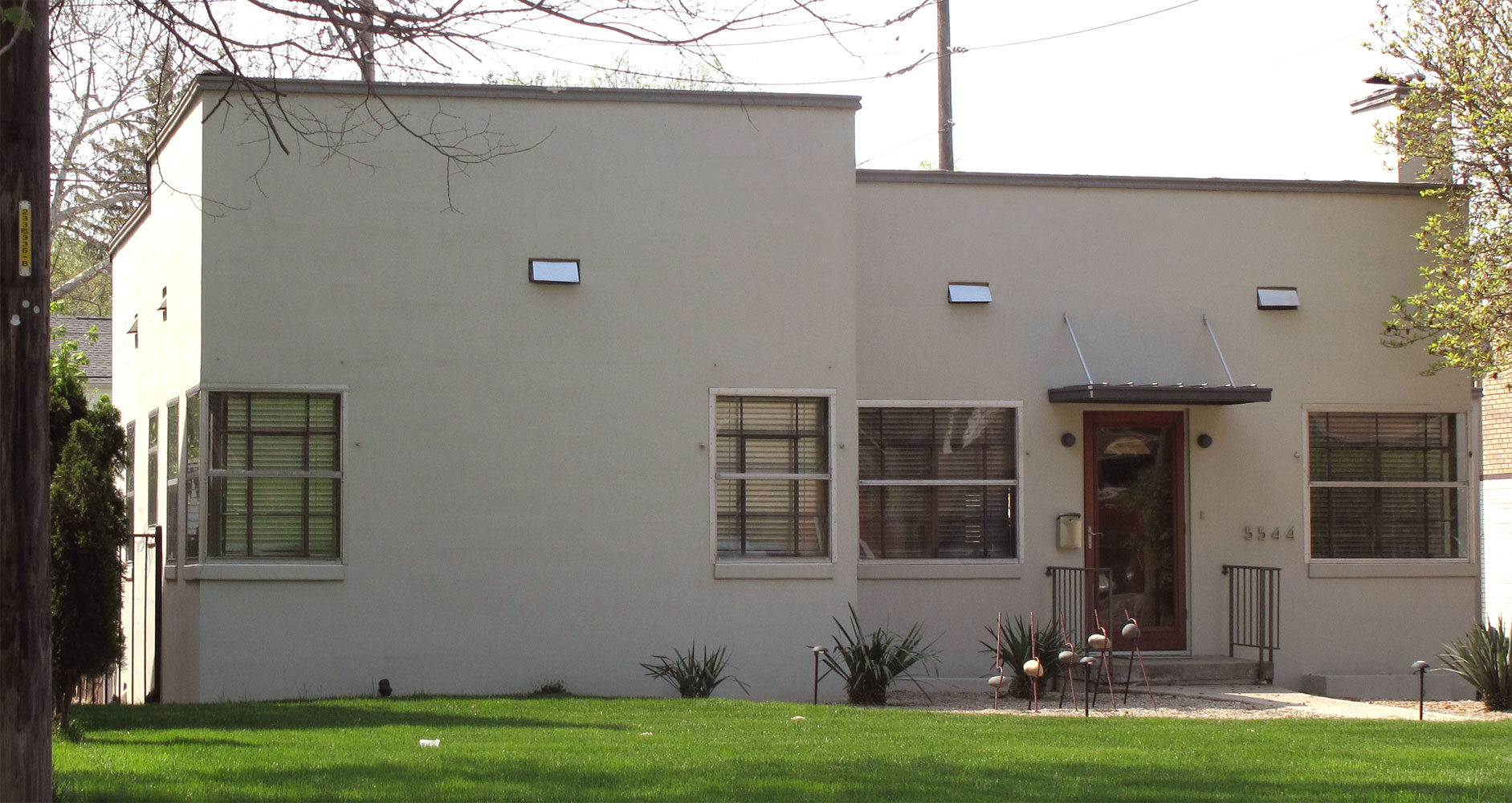