Yes, that’s right, folks. Connections abound here, and what fun it is to figure them all out. 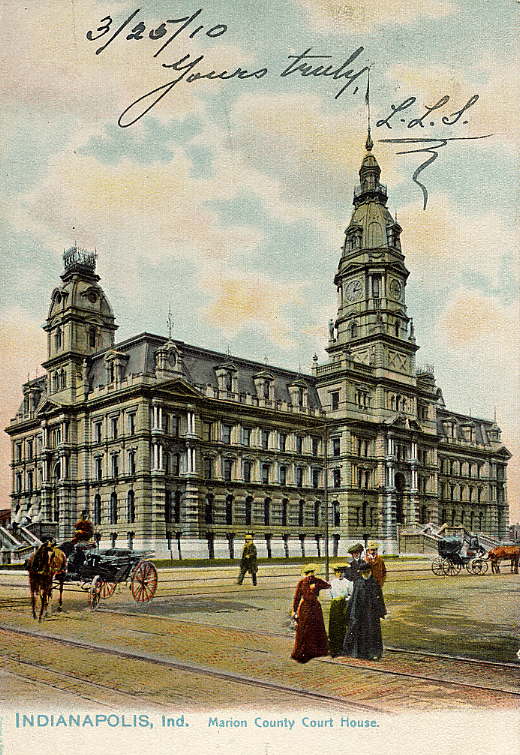 Take a close look at the center tower–there were 8 statues that overlooked the courthouse property (below the clocks). When the future came knocking (literally) these sculptures were one of the few things spared. Four of them now reside in Holliday Park, one purportedly in a man’s front yard (!) in California, and the final three, stand within Crown Hill Park Cemetery. How apropos that a few pieces of that grand dame that was the Marion County courthouse be chiseled off and brought for final rest at this beautiful cemetery. If this had been standard practice–laying to rest pieces of all the other murdered Indianapolis architecture at Crown Hill–there wouldn’t be much of their 555 acres left.

A couple years ago, engrossed in the microfilm machine in a tiny back room at the interim library, a couple of teenage girls breezed in giggling and out of breath to peruse the endless rows of microfilm. I asked if I might help them find something and they relayed their hasty arrival from Crown Hill to that very room–they wanted to learn about the old Marion County Courthouse, so smitten were they with the statues they had just seen at the cemetery. Lesson learned–and sometimes from the most unexpected of sources. 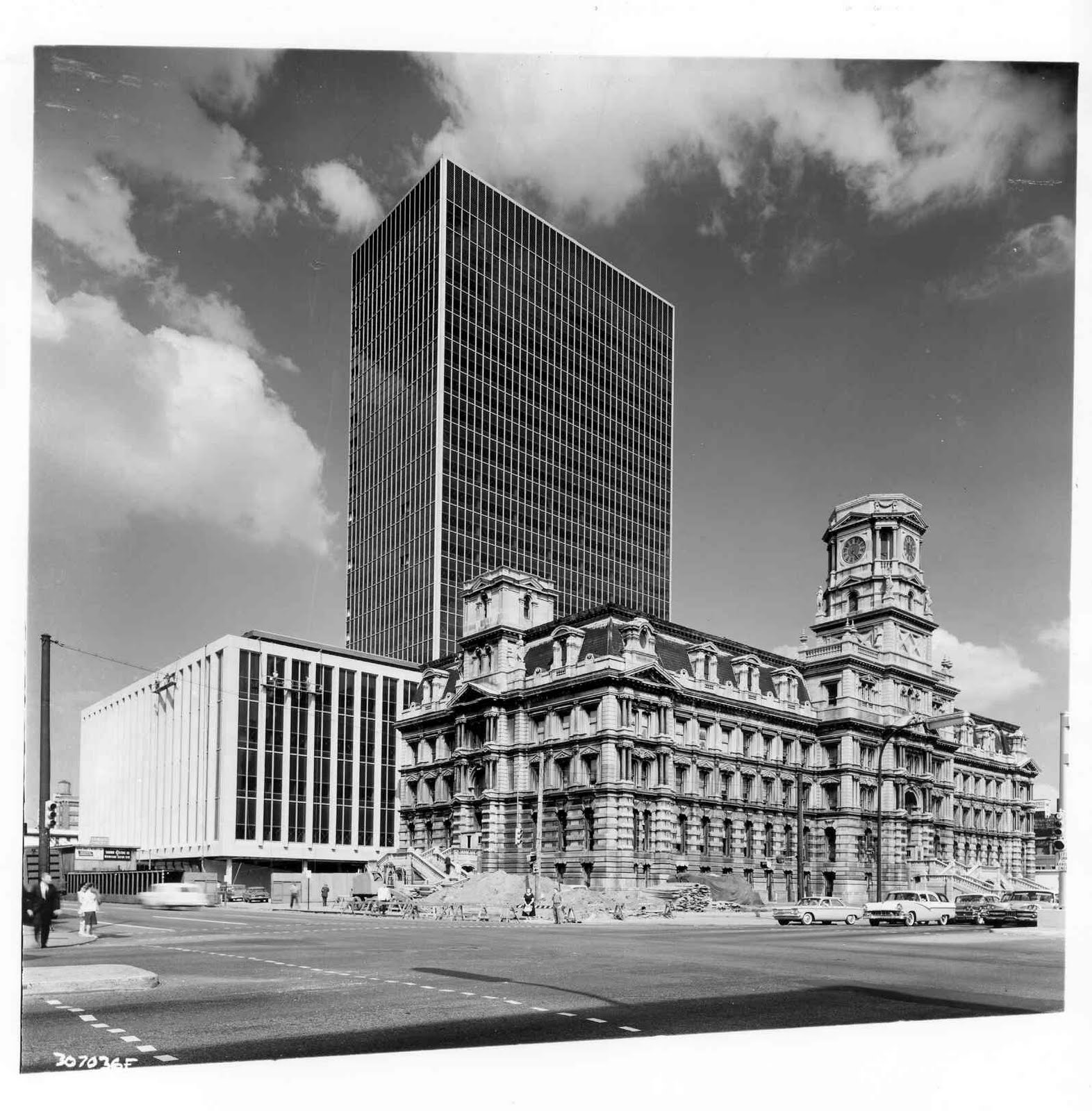