As little as 15 years ago, Indianapolis had over 40 existing buildings that housed the movers and shakers of its automotive industry.  Sadly, every few years we lose one or two of these reminders of our transportation era. 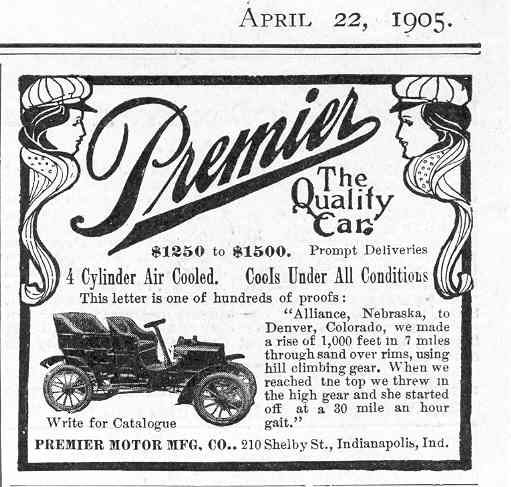 George B. Weidley and Harold O. Smith organized the Indianapolis-based Premier Motor Manufacturing Company in 1903 with a capitalization of $50,000 for the production of air-cooled cars.  Premier’s early claim to fame was the use of the oak leaf on its radiator badge, which the company said was the first use of an emblem as an automobile trademark.

Premier made the transition to water-cooled engines in 1908. When Premier completed the 1909 Glidden Tour, it had established an unprecedented record of three perfect scores.  In a 1909 Motor Age advertisement, Premier boasted, “Do not judge the Premier by its best performance. Judge it by its average performance.”  The company introduced its first six in 1908.  Starting in 1913 on, Premier built only sixes. 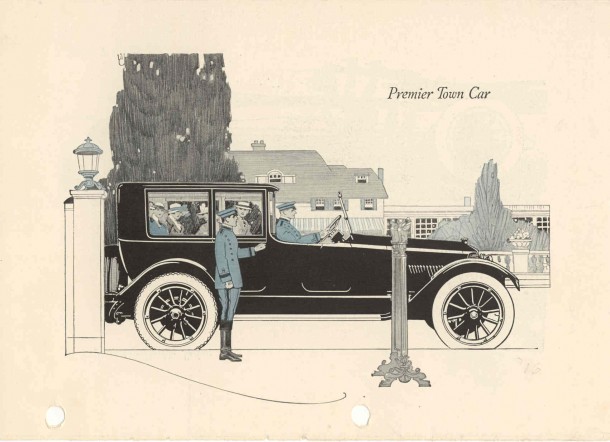 On October 15, 1914, Premier entered receivership.  In December 1915, the company was reorganized as the Premier Motor Car Company.   The 1918‑1920 Premier was notable mainly for its use of the Cutler‑Hammer “Magnetic Gear Shift,” an electric transmission system controlled by a push button arrangement mounted on the steering column.  The overhead-valve, 295 c.i.d. engine was an advanced six, with a one-piece aluminum block, crankcase and pistons, and cast-iron cylinder liners.

Late in 1923 the company received a contract for building 1,000 Premier taxicabs.  From then on, taxicabs were the firm’s only products. In October 1926, Premier sold out to the National Cab & Truck Company of Indianapolis.

Over the course of 23 years, Premier produced over 10,000 automobiles.  Yet, seeing one today at a museum or auto show is a rare experience.  The Indianapolis Motor Speedway Hall of Fame Museum has Carl G. Fisher’s Premier car commissioned for the 1905 Vanderbilt Cup race.  So, the next time you are traveling east on I-70, just before Sherman Drive, look due south at the huge vacant lot south of 20th Street.  That’s Premier’s former location.