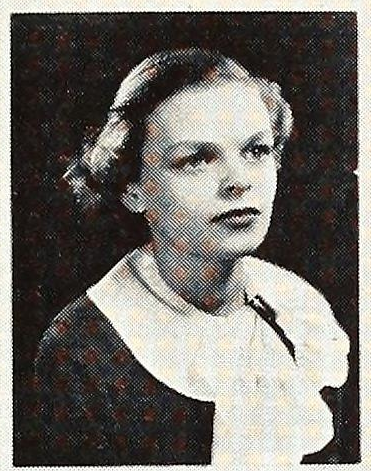 Indianapolis history is not just made up of buildings, historic homes, and age-old events. After all, it IS people who make history happen, so what better way to know Indianapolis history than to hear from life-long Indy residents? Every other Friday, HI is featuring some of Indianapolis’ oldest residents to unlock the personal memories and nearly forgotten stories of this great city.

Some Indy folks are wary of having their stories floating in the internet cloud, and sweet, 95-year-old Ms. Mary is one of them. So, we’ll just keep you all on a “first name basis” with Mary, and all shall be well. Mary, born Mary Johnston, spent her childhood in Irvington and her adult years in the smallest Indiana “town,” Spring Hill, a community on Indy’s northwest side that was formerly a town of only eight mansions.

Mary’s parents were born in Scotland, came to America on their honeymoon, and decided to stay. They first lived in Madison, Wisconsin, where Mary’s father, William, went to the University of Wisconsin. Then, when Arsenal Tech High School had a teaching job opening, they moved to Indianapolis, where Mary’s father became one of the original 16 teachers. In those days, “Tech” had two tracks: college and trade. The trade students could learn everything from millinery, dress making, and cooking to carpentry and electricity. Locals could pay for students’ services so that students could get experience and locals could get clothing or furniture at a low price. Mary’s father taught Pattern Making, meaning: patterns for metal parts.

“In those days, anything made from metal – a locomotive, an airplane – was made out of wood first,” explained Mary. “So they’d create a wooden pattern and pour the hot metal in the mold. So they’d use chisels and sculpt things in class. It was a popular class at Tech.” 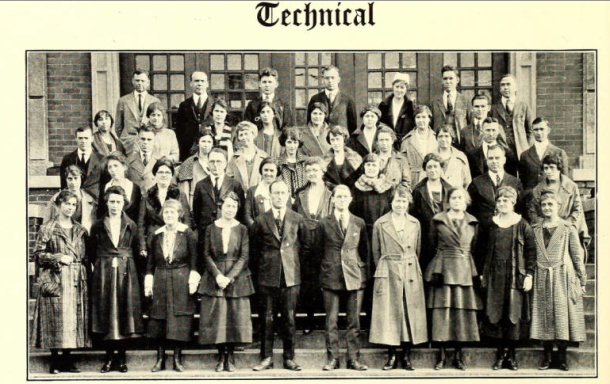 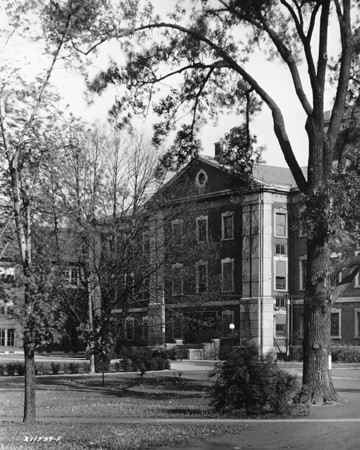 Mary was born on Dearborn Street in 1918, but they soon moved to Irvington, first at 817 Bancroft, then at 6080 9th Street, across from the sixth hole of Pleasant Run Golf Course.

“Irvington was lovely,” she recalled. “Tall trees and big houses. It was like a small town. I’d ride my bike all over – the library, movies with friends, sometimes right out to Shadeland Avenue. We didn’t have refrigerators, so the ice came in a truck drawn by a horse or mule. We kids in the neighborhood would run after the ice truck, and when the man was delivering ice, we’d take chunks of ice from his truck.” 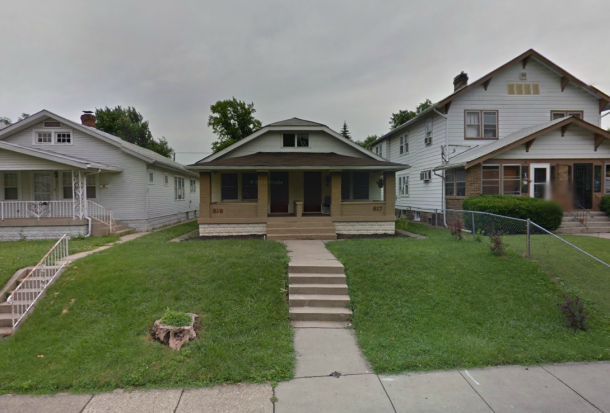 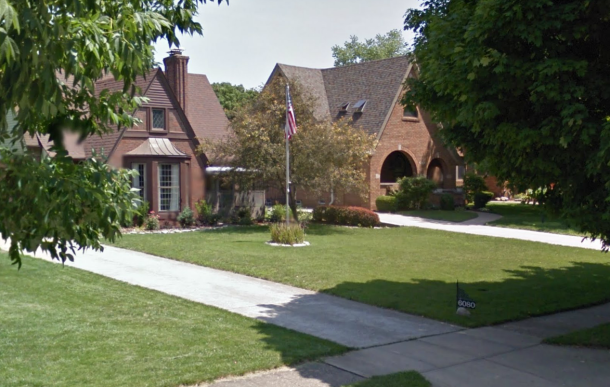 Mary would walk to School No. 62 on 10th and Wallace Street, trekking home for lunch midday.

“My parents being Scottish, I had to wear kilts to school – and bare knees. Sometimes in cold weather, believe me!”

At an early age, Mary would take the streetcar into downtown and visit G.C. Murphy’s, the 10-cent store across from Block’s, then get a soda at Block’s soda fountain. 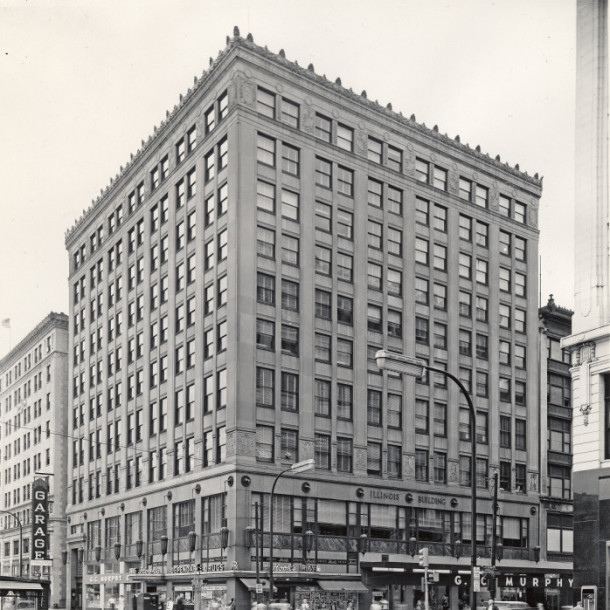 Mary was a pre-teen when America’s economic system collapsed, so she well remembers the effects of the Great Depression on society. She was 11 when the Stock Market crashed.

“My dad came home and was absolutely white when he told us about the Crash,” she recalled. “All the banks were closed in Indianapolis so you had to live on credit. Our grocer gave us credit until the banks came back on line.”

Mary’s family was able to survive comfortably only because her father was given credit for being a teacher.

Mary grew up around the corner from her future husband, D, who lived at 9th and Arlington, and knew him by the time she was 11 or 12 years old.

“I borrowed his bicycle a few times or see him on the golf course,” she said. “But we didn’t get together until I was a senior in art school. I did go to a party at his house once, and they wanted to play ‘Spin the Bottle’ and I got behind the couch. My dad came to pick me up and boy was I glad to see him.”

She attended Arsenal Tech for high school, and would walk to school with her father, who was still teaching there. Mary and her girlfriends always got together on Sunday afternoons to make Welsh Rarebit, and, occasionally, they went to dance at the Scottish Rite Cathedral.

“We didn’t date much; we would do things in groups,” she said. “But if one of the boys’ fathers belonged to the Scottish Rite Cathedral, we’d get to go to Saturday night dances there. But we didn’t go to public dance halls – oh, absolutely not.”

But she mostly loved to play golf with friends or with her dad, who loved the sport, seeing as he was Scottish.

“The school was aimed toward mural design because the U.S. government offered to pay artists for murals in post offices all over the country. So we all learned about mural design in order to actually make some money as artists.” 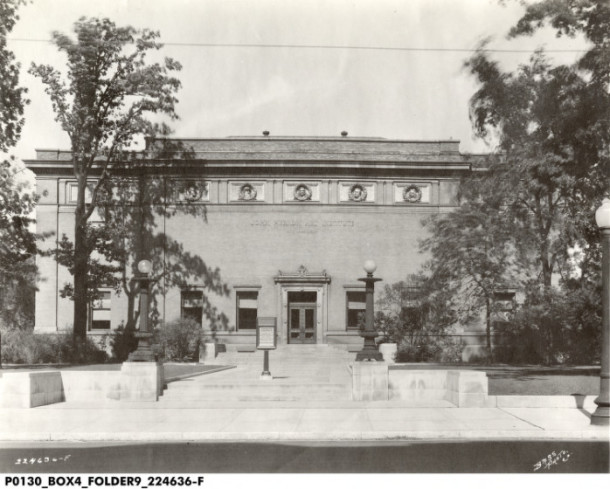 It was during her art school days that Mary reconnected with D, who was in medical school at the time.

“I saw him on the street one Sunday, so we said hello to each other and he called me a week later. We started conversing by phone, and then eventually went on a date,” she said.

Mary worked as a lifeguard at Ellenberger Park for several summers while finishing up school. Once, she pulled several people to safety and made it into the evening newspaper. She was quoted in the paper, saying how she does this all the time — and almost lost her job for making it sound like children drown often at Ellenberger. That same evening of the incident, Mary and D went to a quarry with friends, but she was so tired from the day’s escapades that she fell asleep in the back of the car. When she came home at dawn, her father was sitting on the front stoop, and firmly asked D what his intentions were with his daughter. So, D explained that he wanted to marry her.

“We were too young to get married…” she rolled her eyes.

Not too long after, Mary and D got married at Irvington Presbyterian in 1940 and moved to a one-room log cabin in Trader’s Point that D had been building for the prior two years. They lived there for 16 years, and today, one of their daughters still lives in the cabin – though there have been multiple additions to it since. 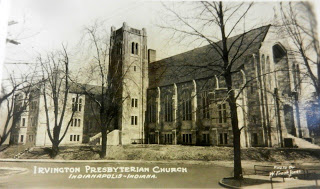 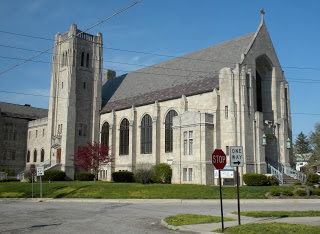 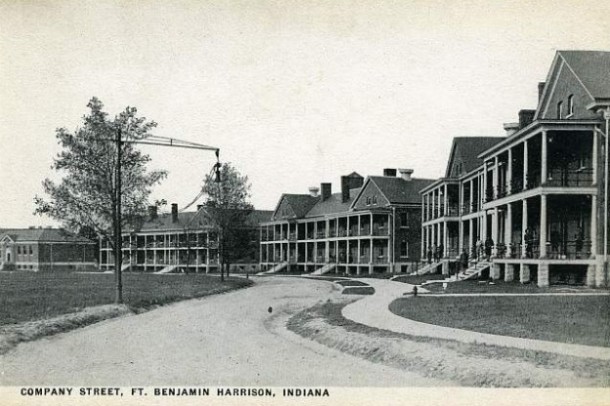 Fort Benjamin Harrison during the WWII era. (From IndianaPublicMedia.org).

Post WWII, Mary and D had five children. D ran a private practice as a psychiatrist for 32 years in an office across from Methodist Hospital downtown. In the mid-50s, they moved from the cabin to a beautiful white house in Spring Hill, 4363 Cold Spring Road. The home, which overlooks the White River and hides from the main road behind trees, was built by a man named Kraus in 1910. Years later, Kraus went bankrupt and left the house empty. In the 1930s, U.S. elm trees suffered from Dutch elm disease, killing thousands of elms across the country. This empty Spring Hill home lost at least eight elms in its front yard, leaving it even more undesirable than before.

“People would look at the house and think, ‘I can’t afford to take those trees down,’ so it remained empty for maybe eight years,” said Mary. “But my husband’s father had a man on the farm who could cut trees, so that made it easy for us. So we moved in.”

D eventually became “mayor” of Spring Hill, which existed as the smallest “town” in Indiana through the 30s, and is still considered an incorporated town today. According to the 1980 Census, Spring Hill had a population of 27 people; today, there are about 98 residents. 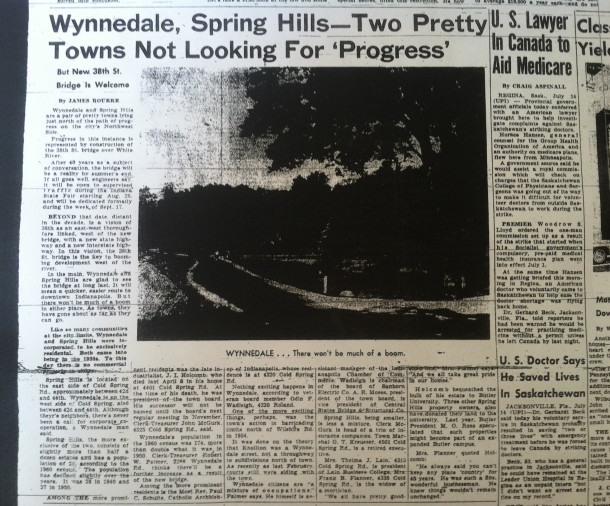 In the 80s, the city built 55 condominiums in Spring Hill surrounding the Holcomb mansion, calling the subdivision the Holcomb Estate. After D and Mary became empty nesters, they moved into a Holcomb Estate condo, and Mary has been there for nearly 30 years. D passed away in 2008. Mary lives a quiet life, but is still sharp and full of knowledge about her beloved city. She is surrounded by children and grandchildren and is still active in St. Andrew’s Presbyterian Church on Kessler Boulevard. 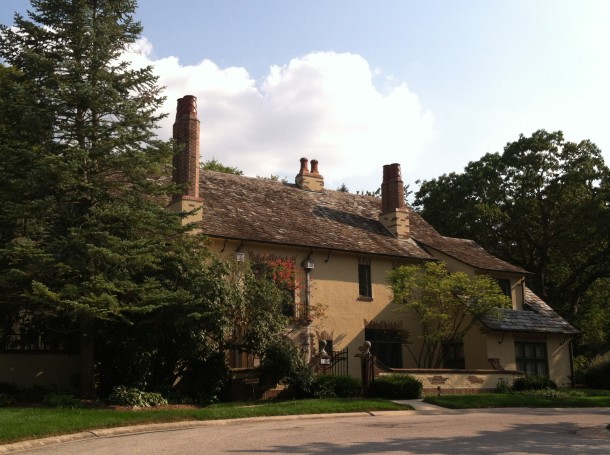 The Holcomb home today, which has been converted into several apartments amidst the Holcomb Estate condos. (Photo by Ellen Davis).