Ruth Shaw is a difficult to describe in few words. Actually, I’d say she’s difficult to describe in words at all, and I’m so thankful I got to meet this gem of a woman. Ruth is extremely warm-hearted, joyful, and talkative. She’s full of laughter and stories, and everyone on the block knows her. Ruth is also a passionate, no-nonsense kind of woman, who really knows how to hold her own in her Near Eastside neighborhood of 38 years. She’s a fighter for her community, and it is through her patience and persistence that much of the Near Eastside is improving, including her neighborhood, St. Clair Place. 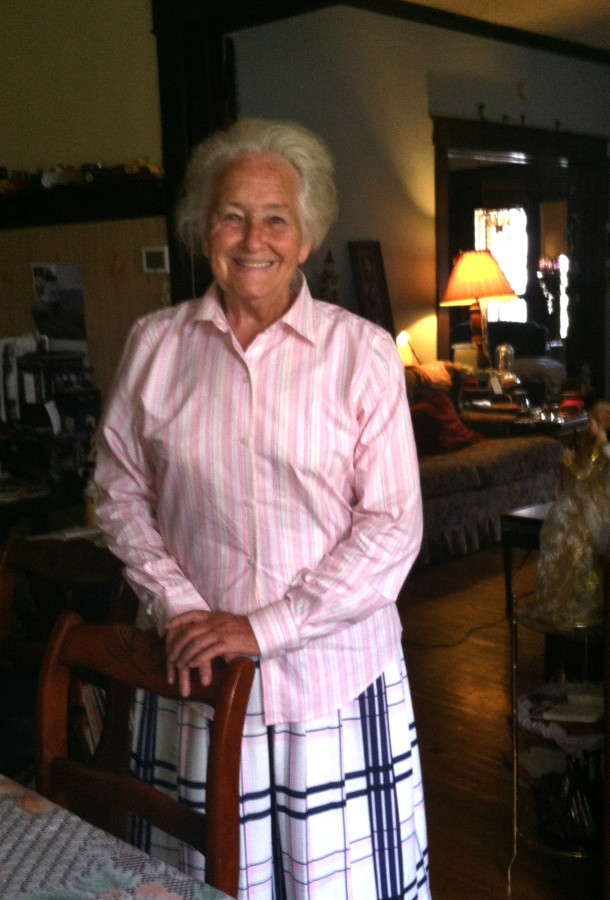 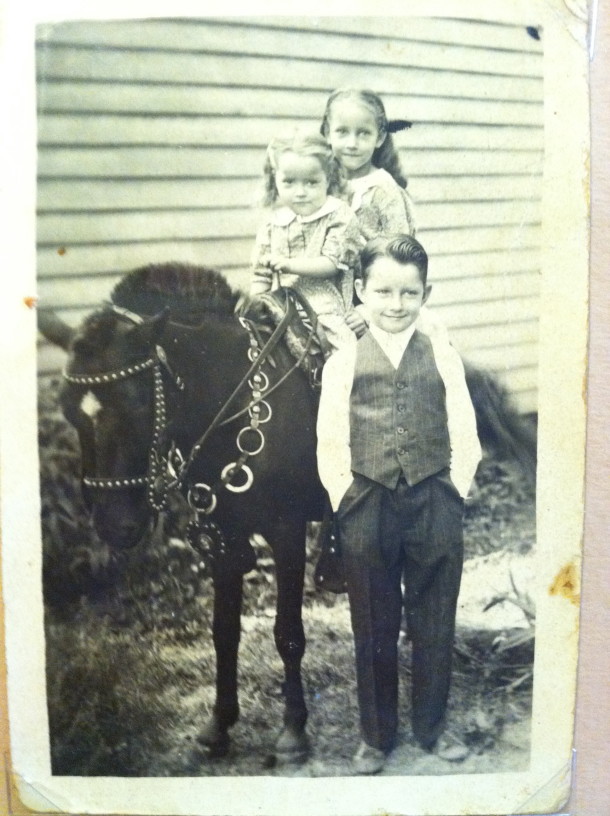 Ruth (in back) with two siblings by her home on 10th Street and Tibbs. (Courtesy of Ruth Shaw).

Ruth grew up the sixth of seven children to hardworking Kentuckians who moved to Indianapolis to find better opportunities. Her parents settled in Haughville around 10th Street and Tibbs, where Ruth was born, and then moved to High School Road, near 34th Street nine years later. Ruth insists she’ll move back out to the country someday, but that day still hasn’t come. 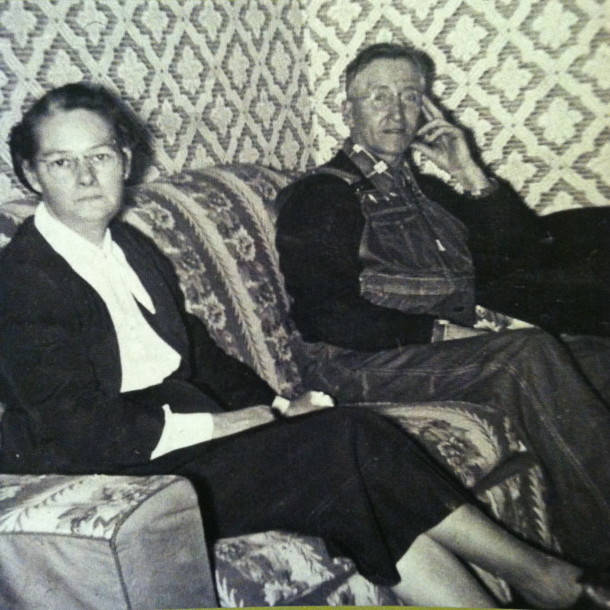 Ruth’s parents in their home on High School Road. (Courtesy of Ruth Shaw). 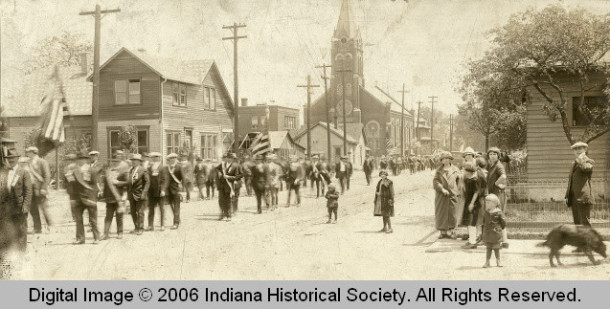 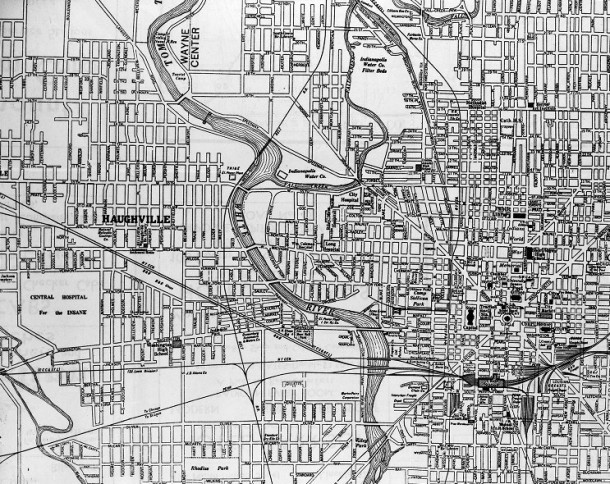 Ruth attended Flackville School 100 through 8th grade, and has many fond memories of that time. Ruth loved walking to school every day, but only with the help of strapping, young traffic guards.

“It was a big thing to be a traffic guard. You had to be an upstanding boy to be one, and nobody would dare disrespect you,” she said.

When she moved out to the country, Mr. Moller, a well-known farmer in the area, was her bus driver – and incidentally, the person for whom Moller Road is named. 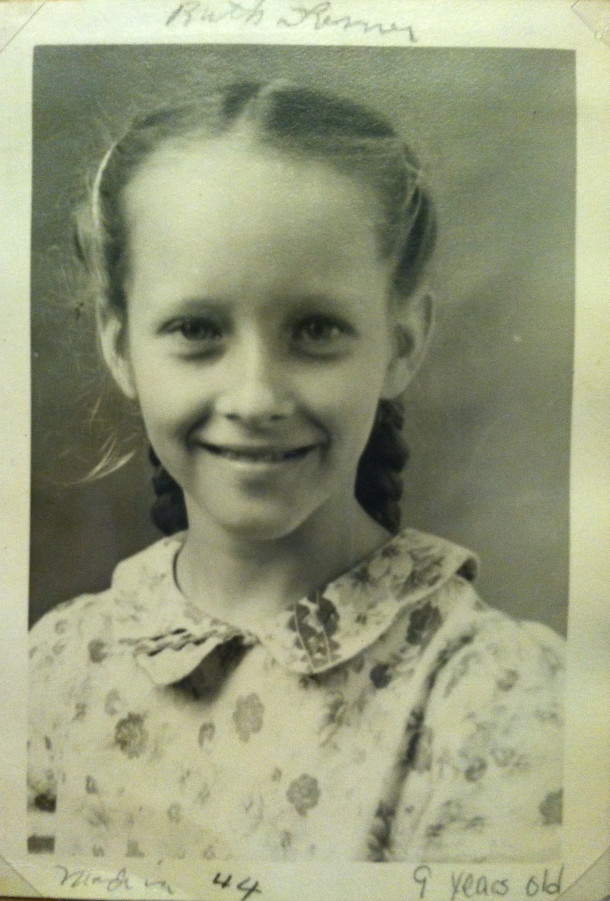 “We really formed a close bond and we had a lot of memories of each other. It was just a happier time to be in school,” she said.

Ruth remembers often going to the Christamore Community Center in Haughville, where they’d have events, play games, and visit Santa Claus at Christmastime. But a big part of her childhood memories are simply of visiting with friends and relatives over a fresh watermelon. Ruth also remembers going downtown once a month, where her mom paid their utilities. Their monthly trip included a treat of eating out for lunch and perusing the aisles of Illinois Street’s Five-and-Dime store. At Christmas, Ayres, Strauss’, and Wasson’s all competed in window decorations, and Ruth loved going down to see those.

“You’d stand mesmerized forever looking at that,” she said. “Ayres always had the best. That was just the big family thing to go downtown and look at those, and then go to the circle. They had a life-sized manger scene with straw, music, and figurines. The other side of the waterfall was left to freeze to become an ice-skating rink.” 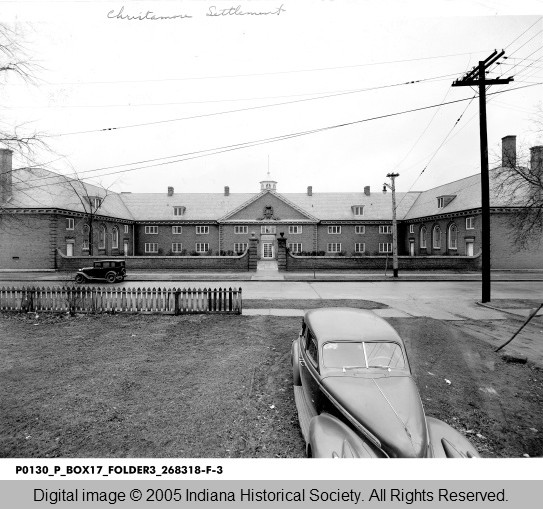 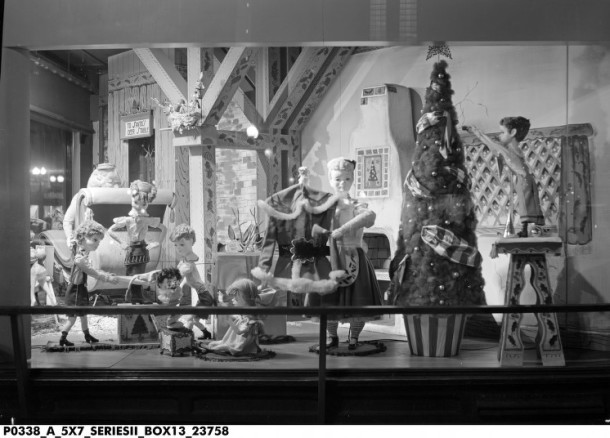 Ruth was a child of the War, and her older brother was in the Navy. She remembers the dark green shades that covered her windows during air raids and the patriotism that filled the hearts of every American. Ruth and her friends collected milkweed pods to be turned into parachutes, since silk wasn’t available during the War years.

“Even though the War was a horrible thing, it did a lot for the maturity of the people at home, to make you feel more responsible, to do things for others,” Ruth reflected. “It gave you a real sense of self-worth and of what other people were going through. It made for a much stronger country.”

“It’s hard to even compare today’s high schools to the old days. Everybody knew everybody.” 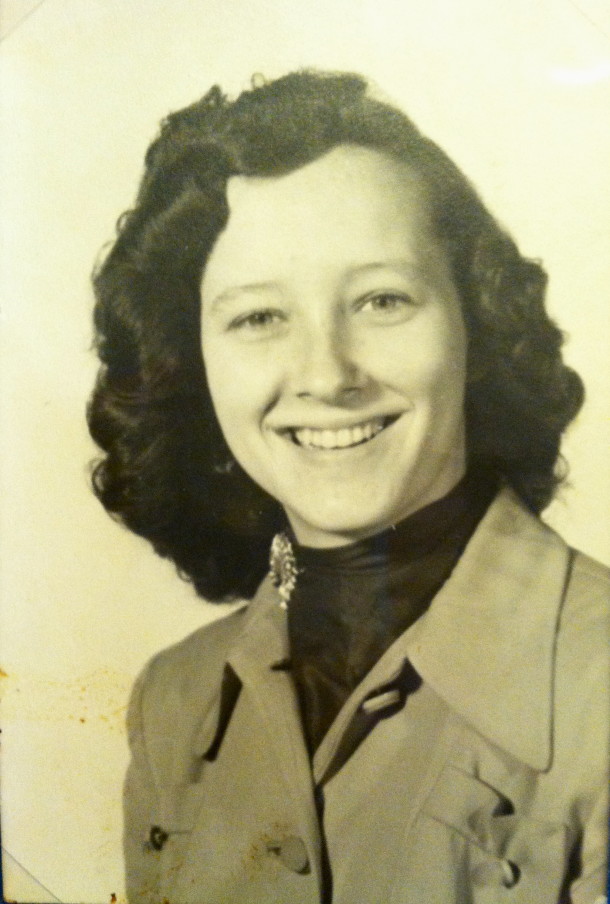 Ruth’s father started the Gospel Holiness Church on the corner of Randolph and Hoyt in Fountain Square, which is no longer a church. But in that church you would have found the Shaw family, who had several strapping young boys, including Ruth’s future husband, Darrell. 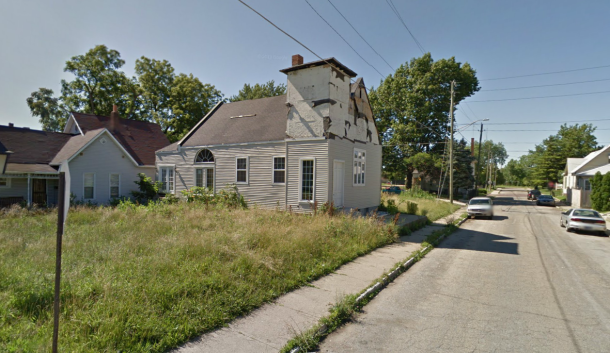 Former church on the corner of Randolph and Hoyt in Fountain Square. (Google Street View 2013). 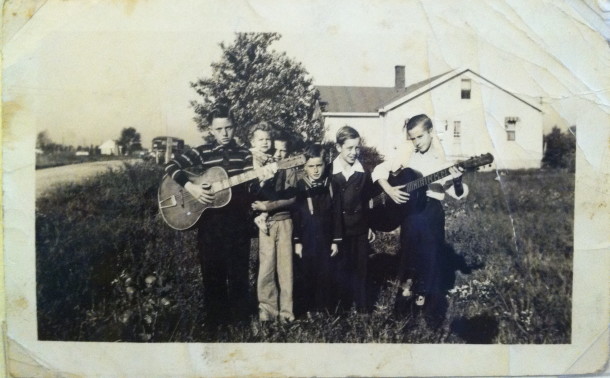 Darrell Shaw (right) playing around with his brothers and friends. (Courtesy of Ruth Shaw). 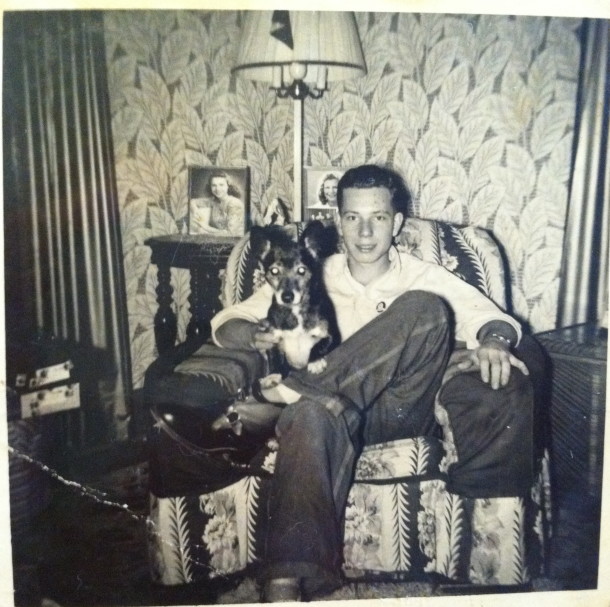 Ruth’s husband, Darrell, in his home. Courtesy of Ruth Shaw.

“Darrell’s dad was the Sunday School superintendent in my dad’s church. Darrell wasn’t around as much, but his brother gave him my picture and said ‘Here’s a cute girl you might want to call,’” she chuckled. “So he called me and said, ‘You know who this is?’ Well, I knew the voice sounded familiar but I kept guessing his brothers!”

Ruth was 16 years old when they started talking, and because her parents wouldn’t let her “date,” their times together were usually spent at one another’s houses, often working on puzzles late into the night.

Ruth and Darrell married two years later, when Ruth was 18 and Darrell was 19. They started having children when they lived in an apartment on Summit Street, just off of Southeastern Avenue. 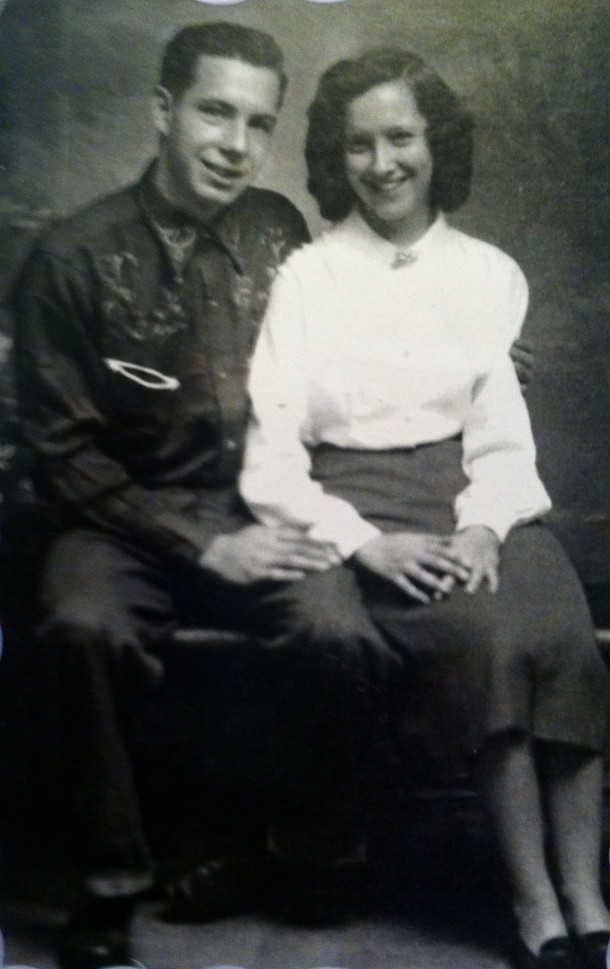 Ruth and Darrell as newlyweds. Courtesy of Ruth Shaw.

Several years later, Ruth’s father was seriously injured in an accident at the Speedway Lumber Company, so Ruth and Darrell moved back home to help, then later moved to a dairy farm for several years.

Ruth and Darrell and their 8 kids moved into a historic home in the St. Clair Place neighborhood in ’78, hoping it would only be a temporary home – but Ruth still lives there. The street they moved onto was very stable, with most of its residents having been there for 30-plus years. After that generation died off, many of the historic homes got turned into rentals, which drastically changed the neighborhood dynamic. Only recently have the St. Clair Place homes become owned and fixed up again.

Their children went to School 39, a beautiful building on State Street and Lexington (by Spades Park) that has since been torn down. The new School 39 is on Spann Avenue. 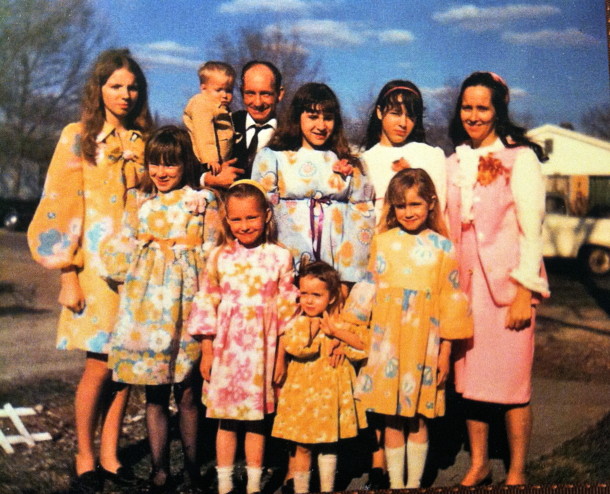 Ruth, Darrell, and their 8 children. (Courtesy of Ruth Shaw). 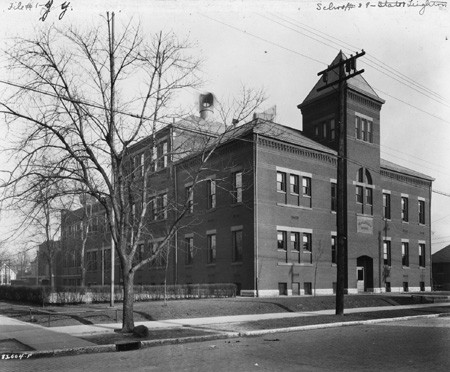 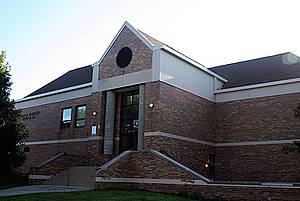 The home she lives in today has been her home for 38 years, and she wouldn’t want to live anywhere else (except the country). Though the East Side has seen some rough patches in her years of living there, Ruth believes the media has made it seem worse than it really is.

“They used to call us the most dangerous part in the city, but we are working hard here! I’ve knocked on every door in the neighborhood to get people involved. Everyone around here knows me and that makes it easier to get things done because they trust me. Our neighborhood is unique in that, although we’ve got criminals and slumlords, the core of the people here care. They don’t say ‘Why won’t somebody do something about this, they say ‘What can we do?’”

Ruth was a big reason NESCO (Near Eastside Community Organization) was born in the 70s, and in the midst of raising her 8 children, she started the first neighborhood block club and neighborhood watch association. She also spent years working part time at the John H. Boner Community Center on 10th and N. Jefferson Avenue. Today, she is still heavily involved in the IPS school system, fighting to improve its standards. Despite the squabbles between some neighbors, politicians, and community leaders, Ruth is determined to improve the neighborhood, house by house.

“It’s aggravating because all those houses that got that way, never should have in the first place. And there are more houses getting worse every day. When a neighborhood looks like nobody cares, it invites criminals. But the more you fix up and the more people who get involved in revitalizing the neighborhood, the less crime you’ll have.”

If anyone can improve a neighborhood, Ruth Shaw certainly can. She is a one-of-a-kind woman, unafraid to speak her mind, but always compassionate and never hateful. If only we could all be as gutsy and passionate as Ruth. 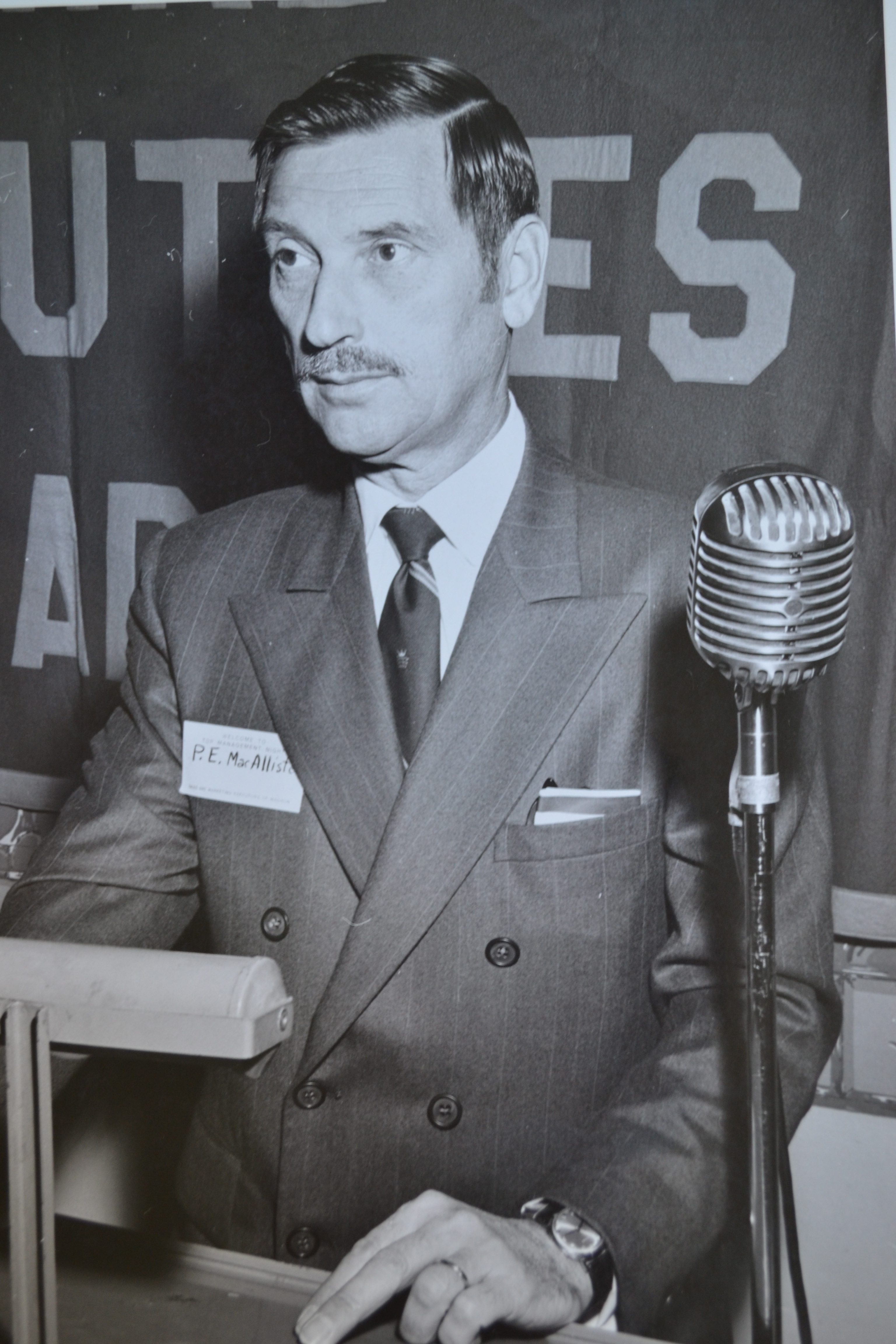