To meet America’s insatiable demand and to reduce shipping costs for finished Model T’s, the Ford Motor Company built its Indianapolis Assembly Branch in 1914.  Located near the southwest corner of East Washington and Oriental Streets, the original building measured 141 feet along Washington Street with a 300 foot depth.  The back of the lot had frontage along Southeastern Avenue.

Production of Ford cars and trucks continued unabated for nearly two decades, except for a period during World War I.  War efforts took precedence.  For example, in spring 1918, the Indianapolis branch loaned its giant electric crane to a Detroit, Michigan foundry for war production.  In mid-summer, plant manager A. H. Smith offered the services of 40 factory workers to help harvest crops.  Later in the summer, he suspended branch assembly operations as part of government regulations.

In May 1924, the new Car Delivery Unit was erected at the site’s rear on Southeastern Avenue.  The plant layout was expanded twice in the mid-1920s to allow more space for assembly operations.  These expansions increased the plant’s capacity to 300 assembled cars per day.  With this capacity, the Indianapolis assembly branch had the highest output of any Indiana auto manufacturing site in its era. 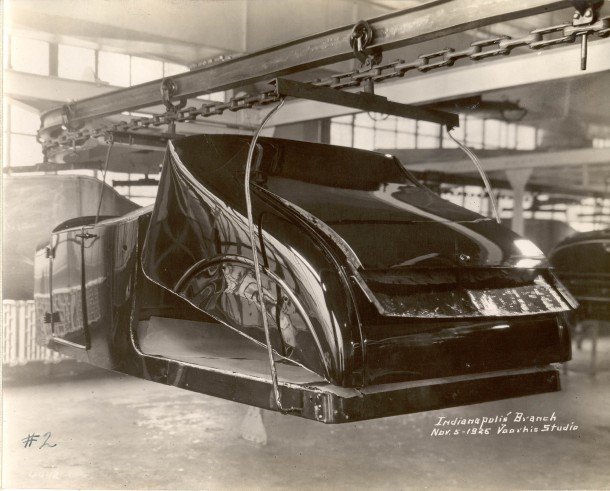 Production at the plant rose from a little less than 5,000 cars in 1914, to a peak of almost 85,400 cars and trucks in 1923.  Ford body assembly and finishing operations commenced at this plant in 1929.  The Great Depression, however, also took its toll on Ford.  As a result, Ford discontinued Indianapolis production operations in December 1932, after producing a total of 581,010 cars and trucks.   Limited operations resumed at the site as a Ford parts service and automotive sales branch in July 1934.  The plant operated on this basis into the 1940’s. 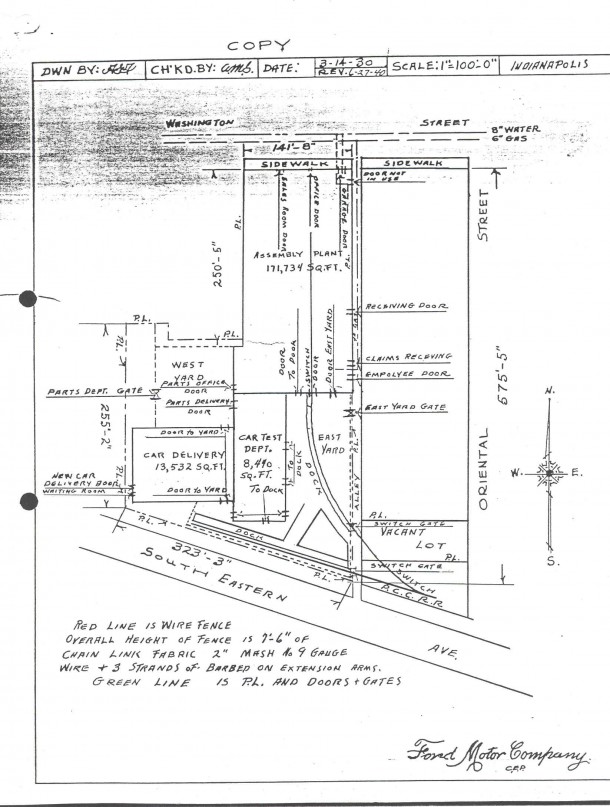