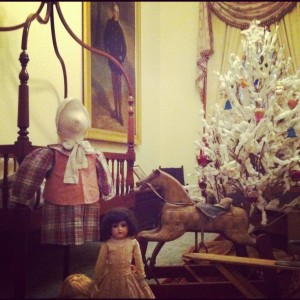 Benjamin Harrison Presidential Site– Though Indiana is yet to produce a native-born United States President, 23rd President Harrison lived in Indianapolis for the majority of his life. That’s the closest we’ve got, unless you count vice-presidents!

Since we’ve only had 44 presidents, Indianapolis is lucky to have such a gem of a home and resource. This museum gives you lots of nifty bits and pieces: the room where winning election results were wired in by telegraph (no bank of tv’s here); early work-out equipment (Harrison wasn’t accompanied for a post Big-Mac jog by an entourage—though he did once have to chase a pony from his back yard down Pennsylvania Street); the carefully crafted bookshelf designed by one of his law-practice clients thought to have been payment for counsel (those days are long gone). The exhibits are always interesting: the Women’s Suffrage exhibit in the carriage house is worth that last stop and through February 2012, “Presidential Huddle,” showcases the various presidents with ties to the sport having a wee get-together here in January. (This one is also is handicapped accessible)

Morris-Butler House– Beautifully decorated, and an excellent example of an upper-middle class, Civil War era home, this museum is a particular favorite of lovers of the “Steam Punk” movement in the past few years. This museum allows you tangible entrée into a contextual knowledge of the world of our ancestors. Or for whom they may have toiled. Workshops and classes are also a specialty here, so come first to tour the house and return for an event—from the first ‘green’ movement (think cleaning and sanitizing with non-chemical household items) to the special “Tea” parties, the house hosts a number of events you won’t often find elsewhere in the city. It is the headquarters for the Hoosier Chapter of the Victorian Society in America and it is owned and operated by Indiana Landmarks, itself housed within the dazzling structure next door. You can’t miss it. Nor would you want to. 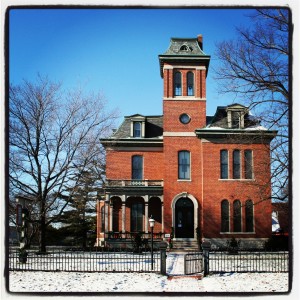 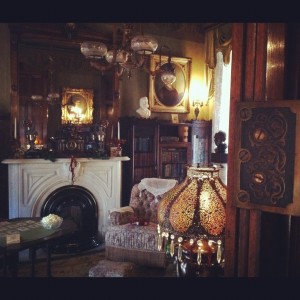 James Whitcomb Riley House– The first of our boutique museums in our first historic neighborhood, Lockerbie Square, that was home to the most beloved “Hoosier poet,” who told stories of Orphan Annie and Raggedy Man, among others. Think of a sort of J.K. Rowling of his day—on a much smaller scale—and would a person in 100 years be interested to see her personal effects or where she spent most of her time living? This museum is one of the best of its kind in the country because the house was so quickly purchased after the poet’s death. When the museum officially opened its doors five years later, the lady who had known him and been the home’s house keeper was the first to give tours here. It still looks like Riley might have just stepped out of the door, to return at any moment.

Outside the Whitcomb Riley Home 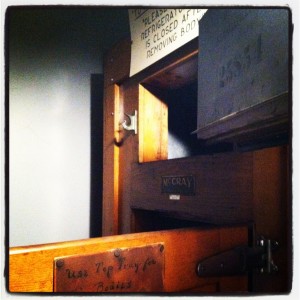 The Medical History Museum– This one is a little different than the others. It is not a former home, and it would require a bit more time than the others. There are so many interesting points from which you might skew your journey here, that it is almost overwhelming. The Victorian era, the medical field, western city suburb, nursing, medicinal plant garden, body parts, diseases, health care, death, insanity, neurology, architecture, design, photography, science—the list goes on—and I daresay there would be something here to interest everyone. I can’t wait to do more background research on the “Seven Steeples.” If you know anything about the place, we’d love to hear it! 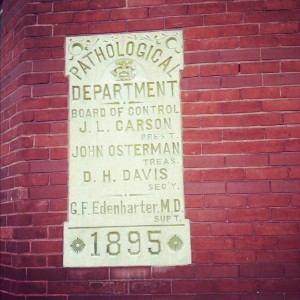 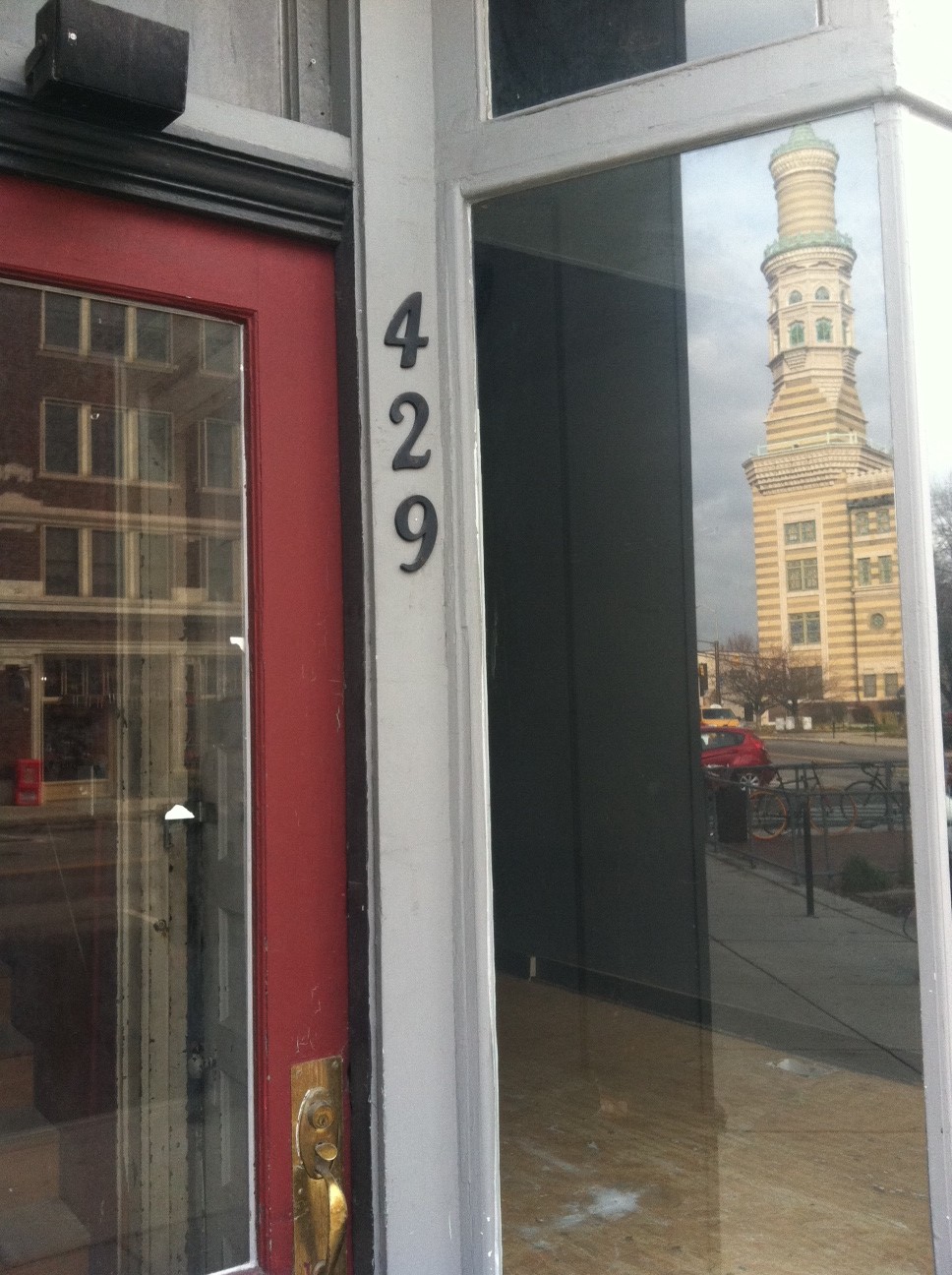 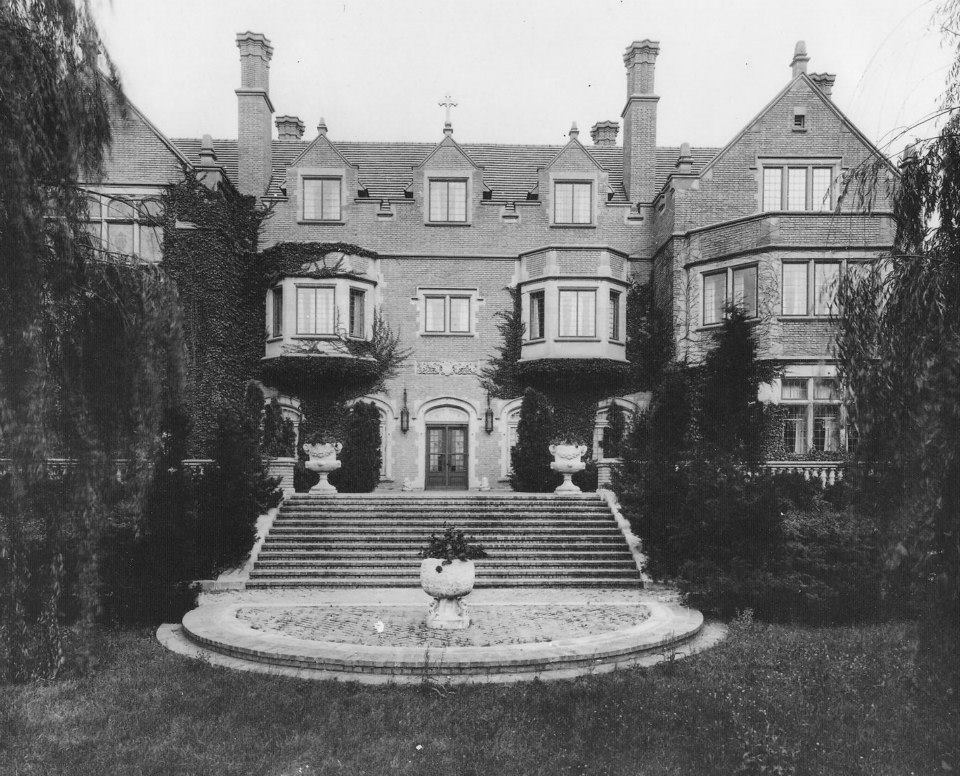