Historic Indianapolis.com can only exist through the generosity of partners like Core Redevelopment. Many thanks to the Core team for their sponsorship and their preservation of historic pieces of Indianapolis.

Industrial and residential collide with compelling results at Harding Street Lofts, officially opening tomorrow: July 28, 2012. What once housed the J. Solotken Recycling facility, has been lovingly restored and repurposed into 124 unique loft style apartments. It’s the kind of place you’d expect as the hip digs for the hero in a Heartland Film entry. Young professionals and new arrivals to the city in search of the antidote to cheap cookie-cutter ‘new’ apartments would feel utterly at peace here. 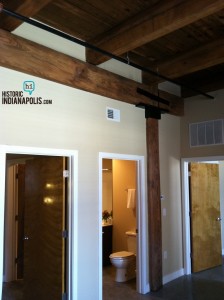 What’s not to love about 12 foot ceilings (with the original timber on display), exposed brick, and polished concrete floors? The extra creature comforts added won’t be found in your average apartment complex either. Think of catching the game in the landscaped courtyards on a random weekend night, or rule like an ancient Roman in a pickup game of Bocce ball.

Some background: Harding Street Lofts is comprised of 4 buildings that were constructed between 1894 and 1899. The structures were originally built for the H. Lauter Company, a local furniture manufacturer. Henry Lauter had started a furniture business when he moved to Indianapolis in 1876 and continued until his death in 1907. The family continued operating the business until the mid-1930’s when the company finally folded due to the economic conditions of the Great Depression. At its height, the H. Lauter Company employed 400 people and shipped its products worldwide. 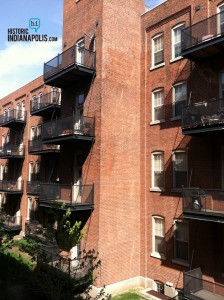 Back side of Lauter Lofts

When the bank foreclosed on the H. Lauter complex in 1937, it was divided and sold to two owners. The North Factory and Office Building (now Lauter Lofts Condominiums) were used as a grocery warehouse distribution center for Regal Stores until 1975. This was followed by several short term occupants and a period of vacancy until the conversion into condos during the early 2000’s. 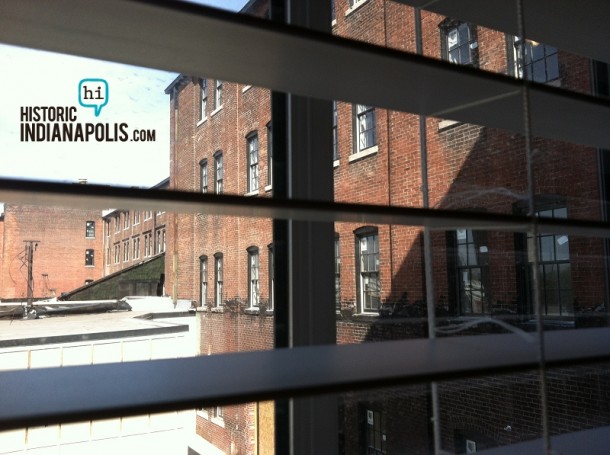 The South Factory was purchased by Jacob Solotken—a Russian immigrant who, at 15, left his parents behind in Russia to follow an older brother to the Indianapolis area. He began recycling paper, cardboard, metals, even rags– anything companies would sell him for a few pennies–and found someone else to buy it for reuse. He would work diligently from 4 a.m. to 8 p.m., and then immerse himself in his studies, laboring to master English and assimilate into the local culture. Solotken occupied the South Factory and grounds entirely until 2010 when the company relocated to a modern facility on English Avenue. J. Solotken Recycling continues to be family owned and operated Indianapolis business. 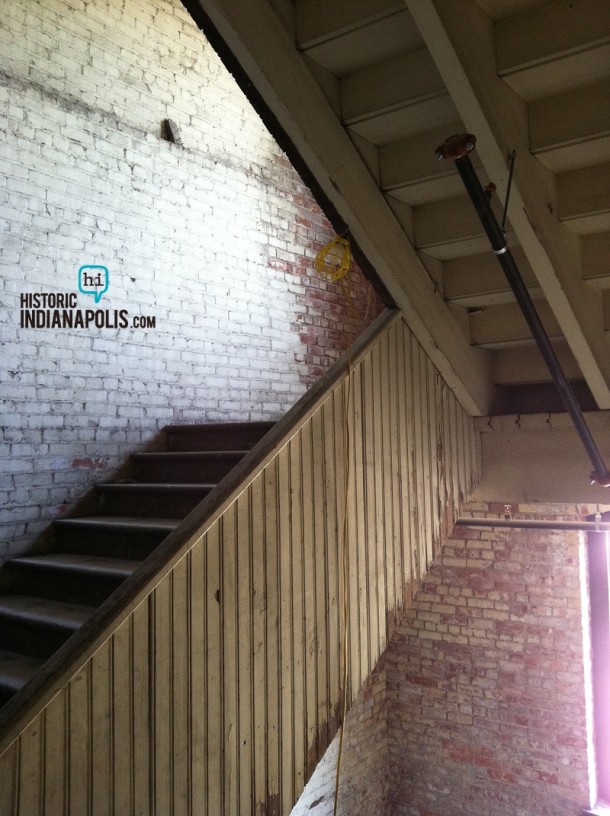 Today, Core Redevelopment—the same company behind the upcoming historic Bush Stadium redevelopment—proudly celebrates this property’s new ‘lease’ on life as the Harding Street Lofts. If you ever visit, you’ll undoubtedly agree that this complex is one of the most unique and thoughtfully executed living spaces in Indianapolis. 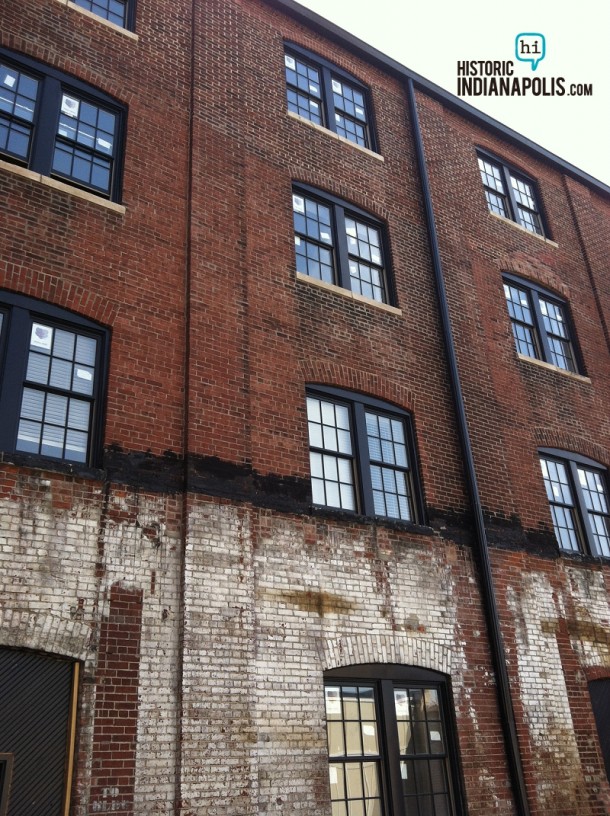 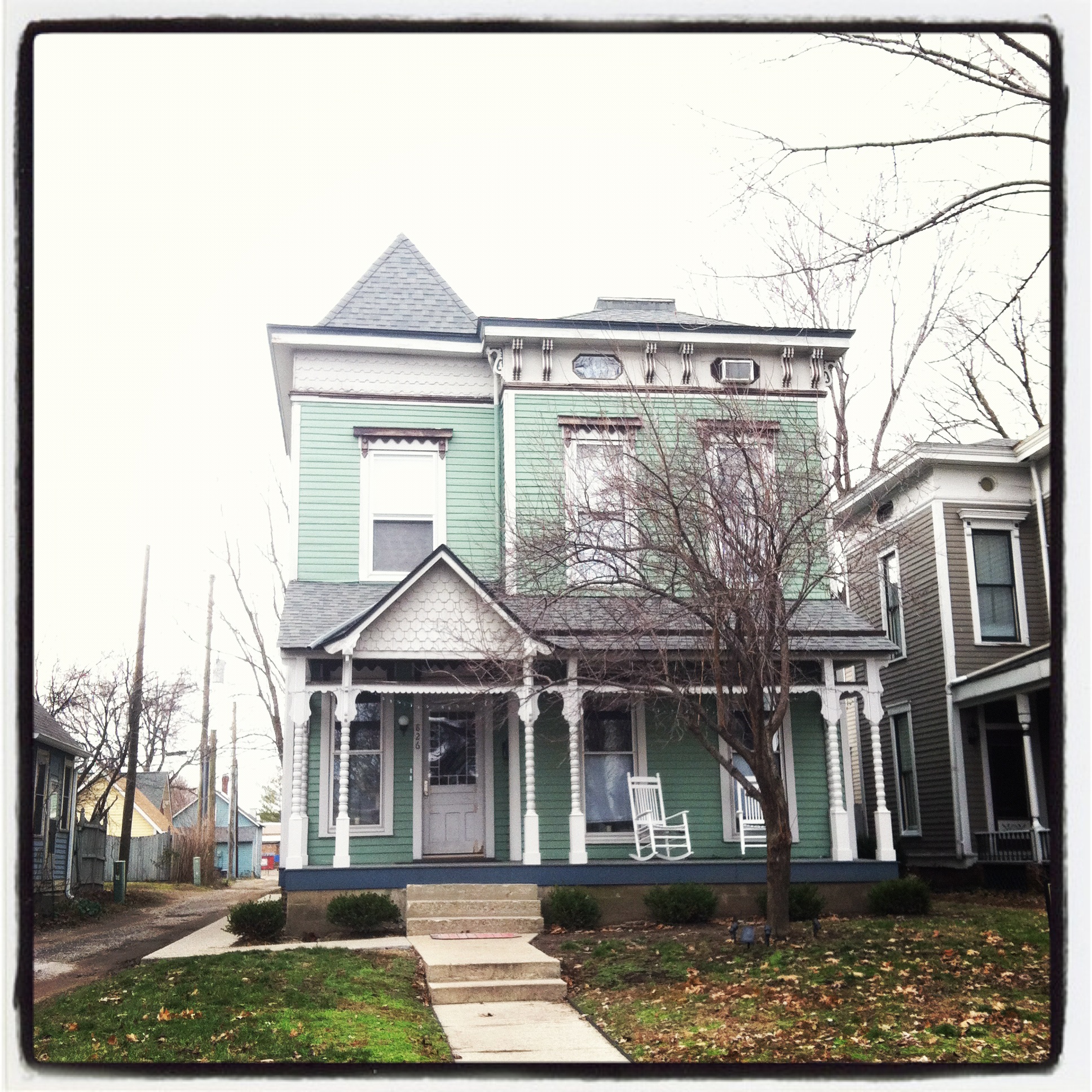