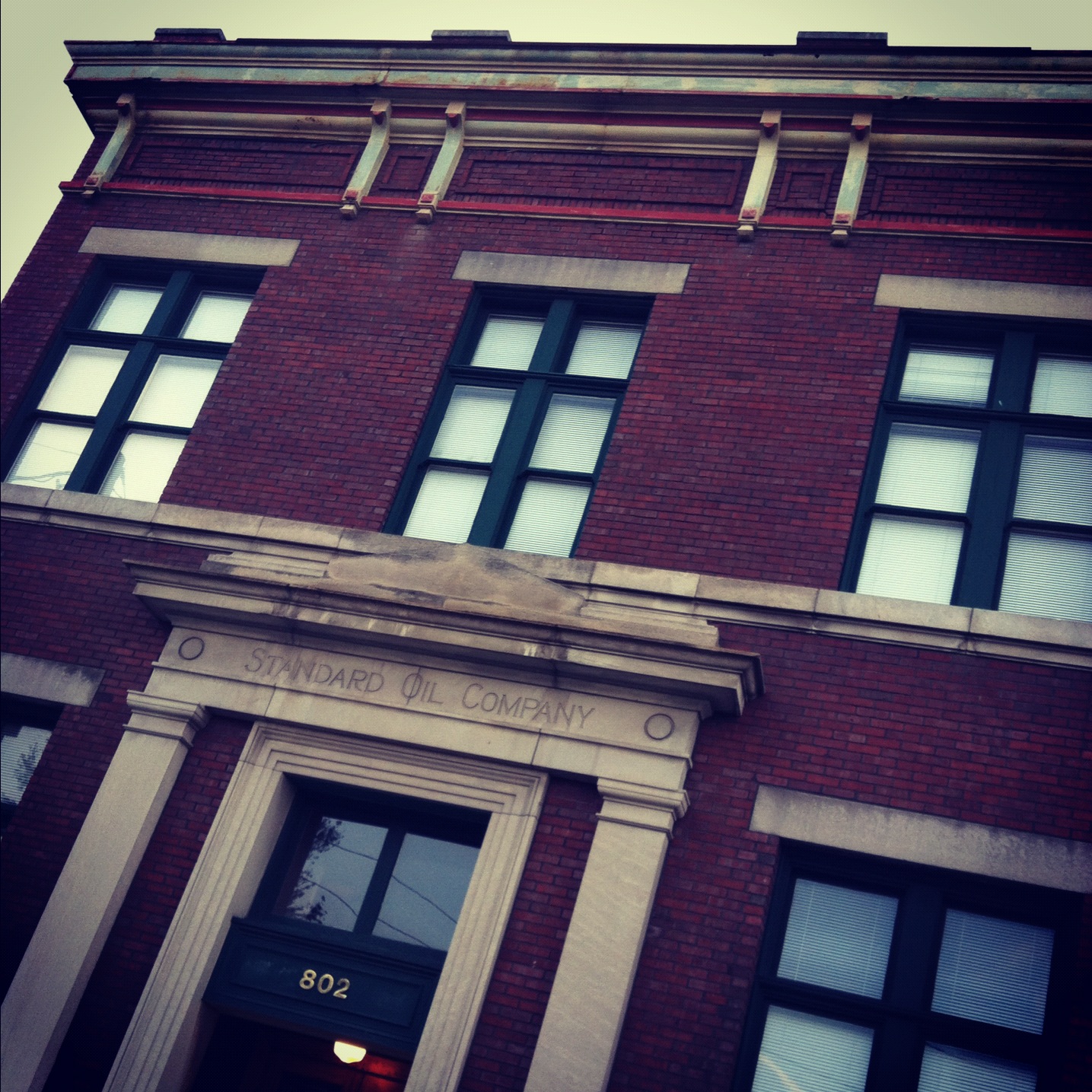 This one is doing my head in a bit, but it’s located at 802 Lord Street, in Fletcher Place–and you can see it from I-65 if you’re looking for it.

How that connects to this little building, I’ve yet to find out.

I did, however, come across a small article in the December 10, 1924 issue of the Indianapolis Star citing the death of one of the Standard Oil office employees who had been parked in front of the offices. Chester R. Tryon died at age 25. He had “…gotten into his car while being pushed” and “…pitched forth from the car dead.”

Despite the sad, long-forgotten event, this is one of those little unexpected favorites, chanced upon by taking a wrong turn. Some of the best discoveries are sometimes made that way… 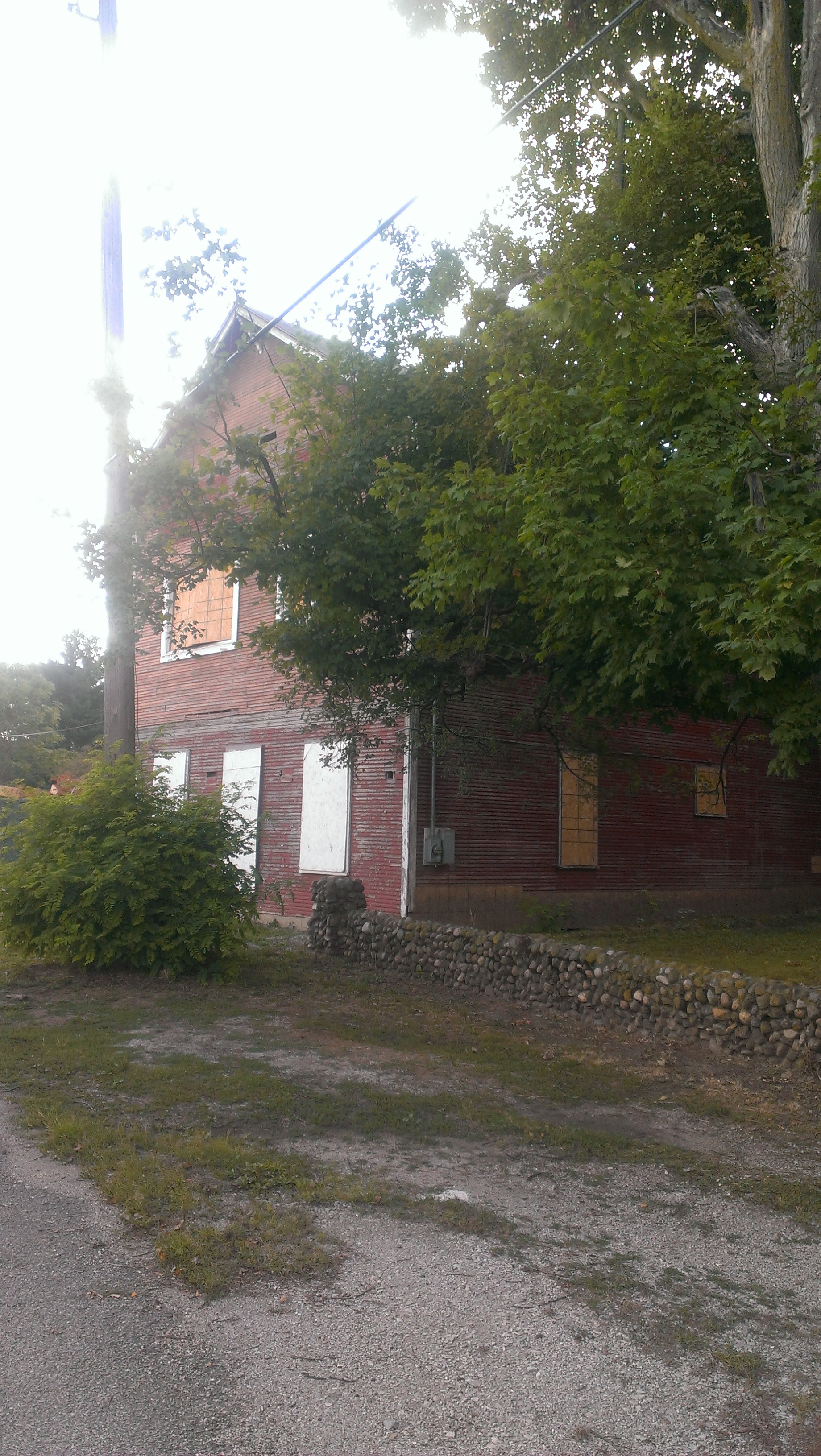