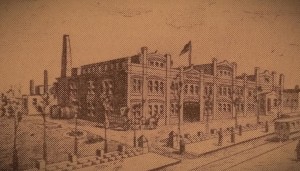 The P. Lieber Brewery on Madison Avenue opened in 1863.

As you toast the new year with your jug, mug, glass, or stein, it is perhaps a good moment to consider Indy’s tempestuous temperance history:

While, no doubt, early area residents soothed their thirst with a variety of alcoholic concoctions, (probably brought overland or in flatboats, or brewed in private stills) as early as 1790 the Northwest Territory prohibited selling any of that liquor to soldiers or Native Americans. That law was repealed in 1795, but modified regulations have continued to restrict… or down-right prohibit… the distribution or sale of liquor in this region ever since.

Ten years after the first decree, the territorial legislature enacted a law allowing taverns to be licensed to sell liquor by the drink — though the sale of alcoholic beverages was largely regulated by local authorities. By 1807, a law providing for the licensing and regulation of such establishments was enacted. Offenses were punishable by hefty fine or revocation of  licenses. The legislature also moved to forbid the sale of liquor to minors (though the definition of “minor” was somewhat ill-defined).

The year Indiana became a state, 1816, saw prohibition of the Sunday sale of liquor and the sale of alcohol to drunks. The state’s legislature also limited the amount of alcohol that could be purchased on credit. 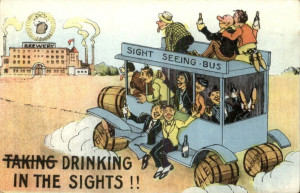 In the mid-Nineteenth Century, spurred on by Protestant evangelists who opposed alcohol on moral grounds, the first Temperance Movement gained popular support. Disorderly behavior in the region was blamed (in the press) on excessive drinking. By 1830, The Indiana Temperance Society had been established and the “legal age” was legally determined to be at eighteen years old.

It was into this climate of control that the first Indy brewery was established by John L. Young and William Wernweg, on the south side of Maryland Street near West Street. The venture was short-lived. By 1840, Wernweg had gone back to his original occupation (bridge builder) and the company ended up selling their yeast to housewives instead of brewing beer.

Indy again dabbled with dryness in 1855. With “thanks” to the Sons of Temperance and other groups who regarded alcohol as the devil’s own brew, the Indiana Legislature passed a law completely restricting manufacture or sale of liquor to “medical, scientific and sacramental” purposes. 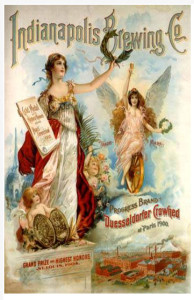 It took nothing less than public insurrection to overturn the decree later that year when, after three night watchmen arrested two inebriated men for disturbing the peace, dozens of local citizens marched on the authorities in attempt to free them. A fight ensued but, as prominent citizens were involved, charges (and eventually the law) were dropped.

Not to be daunted by any previous hub-bub, one C.F. Schmidt became the first successful Indy brewmaster, and began churning out beer by the barrels in 1859. The Schmidt enterprise eventually occupied an entire block on Alabama Street with a complex that included ice houses, malt and bottling houses, and facilities to house 50 horses and 30 delivery wagons. By that time, the Indiana law makers had found it necessary to implement penalties for drunken stagecoach drivers. 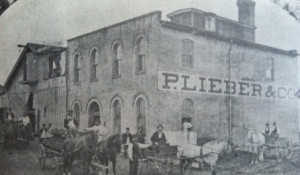 The Schmidt enterprise gained competition from the Pete Lieber Brewery on Madison Avenue and the Casper Maus Brewery located on West and New York Streets. The three companies would eventually merge in 1868 to become the Indianapolis Brewing Company which flourished until the Volstead Act (the “Prohibition” we all recognize, immortalized in old movies about flappers and bath tub gin) put a stopper on the bottle in 1918.

The company was temporarily resurrected by a Lawrence P. Bardin but… alas… Bardin was convicted of selling 11 oz of beer in 12 oz bottles during WWII, for which he served a six-month prison term in 1948.

After WWII, some attempts to reinvigorate the trade came and went, but it wasn’t until about 20 years ago that the Indy suds scene found its resurgence.

Tell us: Do you have any artifacts from Indy Brewers of old? And… Do you have a favorite (current) Indy brewery? Leave your comments below. 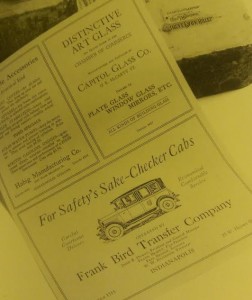 An early 20th Century cab company ad sponsored by the Chamber of Commerce. In pursuit of a safe New Year’s Eve celebration, take a page from our ancestors’ book. Call a cab! 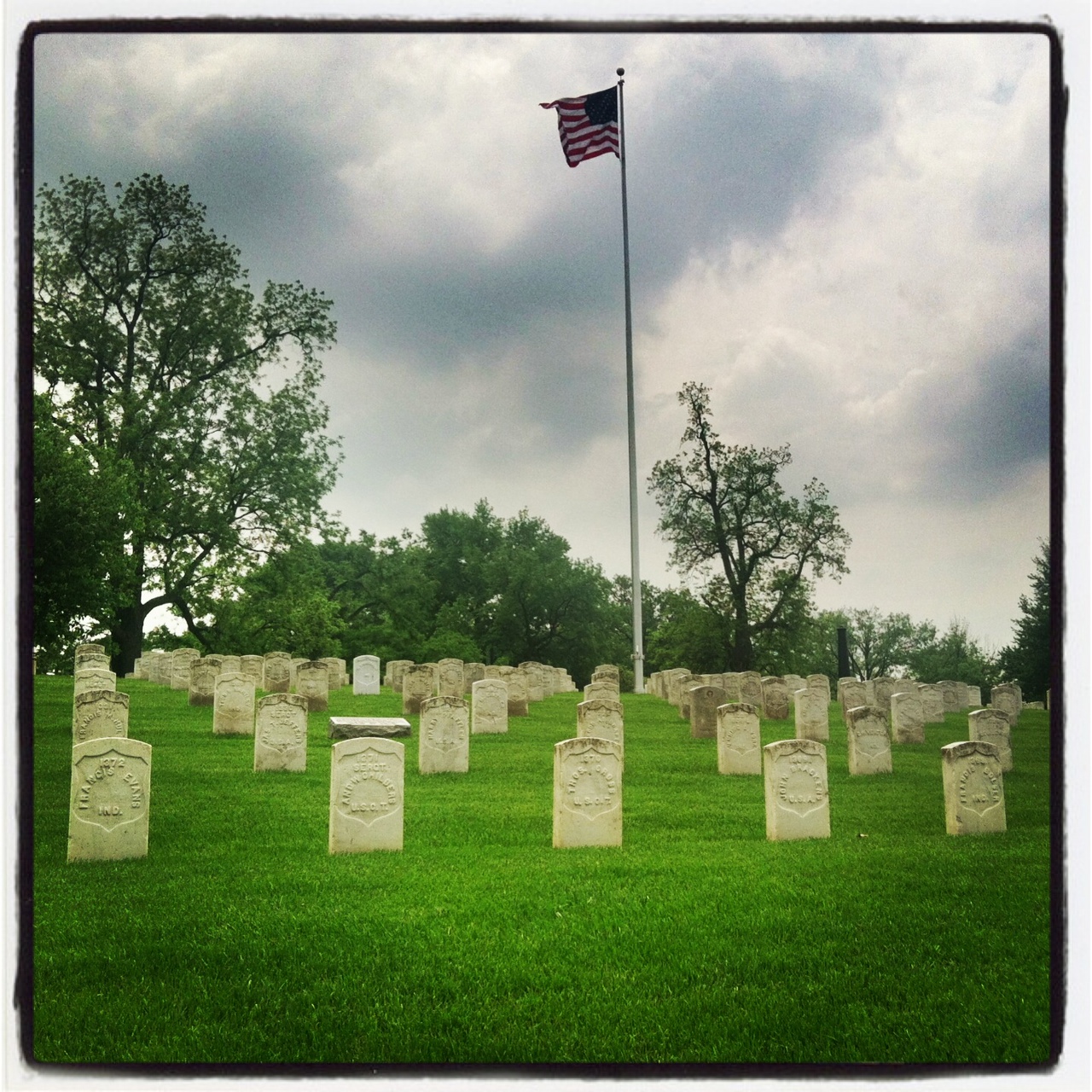