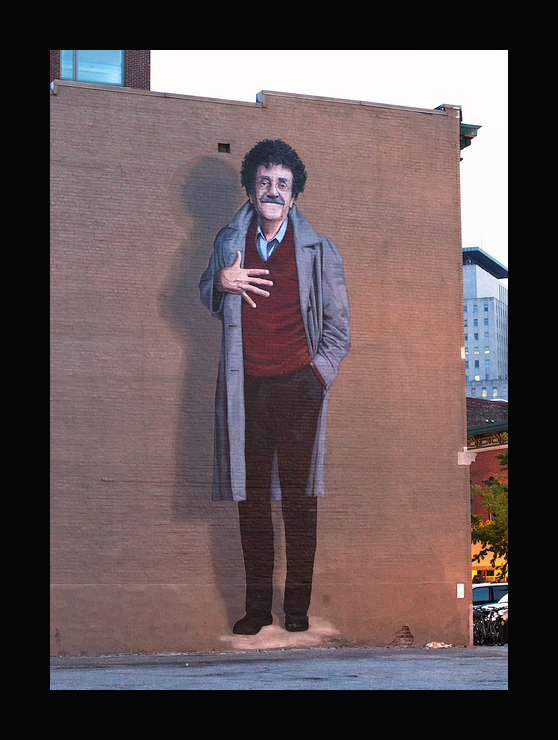 Historic Legacy * Education Resource * Local Treasure
To some avid HI architecture fans, he might not be considered  the “favorite Indy Vonnegut,” but to others, it will always be author Kurt Vonnegut, Jr. –who emerged as an “overnight success” in the 1960s. The truth is, it’s hard to pick a favorite, since the Vonnegut family has many colorful characters and has been a local institution for over a century. 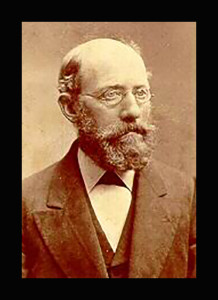 The Great-grandfather:  Clemens Vonnegut, Senior (1824–1906) emigrated from Germany in 1850 and built the Vonnegut Hardware store, an extremely successful business venture that elevated and magnified the immigrant family’s finances and social standing. 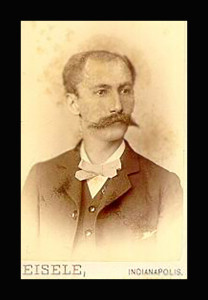 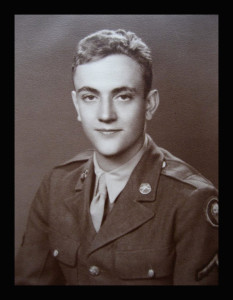 The Son: Kurt Vonnegut, Junior (1922 – 2007) graduated from Shortridge High School in 1940 and left Indianapolis to pursue his education. As is typical of many successful men, his “overnight success” was anything but overnight. Kurt attended Cornell University and dropped out to enlist in the Army during WWII. The Army sent Kurt to Carnegie Institute of Technology after he enlisted. His experiences as a prisoner of war and his survival of the bombing of Dresden, would later feature quite prominently in his writings — but being a new kind of “voice” in American literature lead to a great deal of frustration before his best-known novel, Slaughterhouse-Five, was recognized as a success. Kurt attended the University of Chicago after the war was over, and after he married. 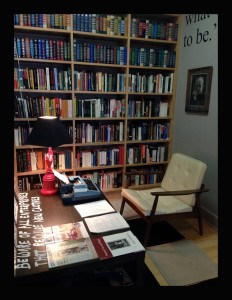 Touch everything! A replica of the author’s studio comes complete with a working typewriter and copies of his book collection which you may peruse on site or check out from the library. Soak it in!

Science fiction author, novelist, playwright, artist and social commentator: Kurt Jr.’s accomplishments may well outlive the beautiful edifices built by his forefathers. Many of his works are now considered “classics” of American literature: 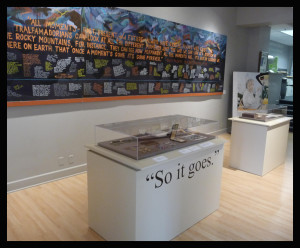 The museum contains personal affects from Vonnegut’s life as well as historic artifacts from the larger Vonnegut family.

Library of Champions*
Though Vonnegut didn’t reside for long in Indianapolis after his high school graduation, it appears he looked upon his Indianapolis roots with pleasure– and with his signature, acerbic wit.

Therefore, it seems only fitting that the Kurt Vonnegut Memorial Library would be located here. The not-for-profit library and museum champions the author’s literary, artistic and cultural contributions and serves as a unique educational resource with a variety of highly interactive events and displays–especially for such a small organization. A Vonnegut devotee could spend a week soaking in the author’s essence, free to peruse the library and museum exhibits at will — or — to enjoy a deeply insightful (if appropriately irreverent) discussion of Vonnegut’s life and times with Curator, Chris Lafave. 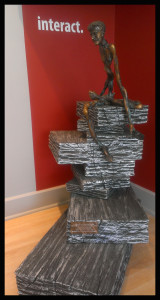 Go ahead and touch “Kurt Vonnegut” by Artist Ivars Mikelsons. Like almost everything else in the library and museum, guests are encouraged to interact with the exhibits. Like the author himself, the place has a decidedly non-stuffy atmosphere.

Guests benefit from the passion of the staff and their expert story telling. From:
–  Ironic: A delicious collection of rejection letters from short-sighted editors to
–  Quirky : Vonnegut’s drawing, doodles and quotations, and from
–  Reverent: Veterans’ writing workshops, Veterans Reclaim Armistice Day panels, exhibits by soldier-artists and more to
–  Irreverent: The annual Banned Books Week…the gamut is well-covered. 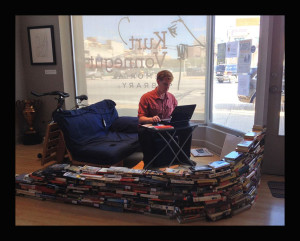 Author Hugh Vandivier celebrated 2013 “Banned Books Week” as a captive in the front of the Library, surrounded by an ever-growing pile of banned books.

What’s In It For You?
The library serves the community by supporting Indianapolis public high school newspapers, awarding scholarships through high school writing competitions, and bringing together members of the Indianapolis writing community through visiting authors, artists, performers and others. Thanks to donors and volunteers, the library continues Kurt Vonnegut’s fight against censorship and supports language and visual arts education through programs and outreach activities such as: 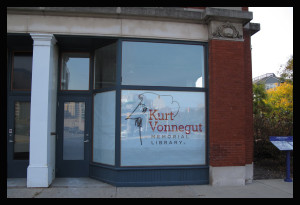 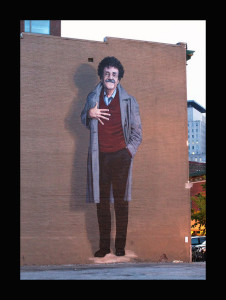 DON’T MAKE THIS MISTAKE! This much-loved mural of Kurt Vonnegut on Mass Ave. is not at the location of the Library. (That’s a common misconception.) Note the library’s address above.

Please share:
– Did you ever meet Kurt Vonnegut or any other Vonnegut?
– What are your favorite Vonnegut stories and quotes? 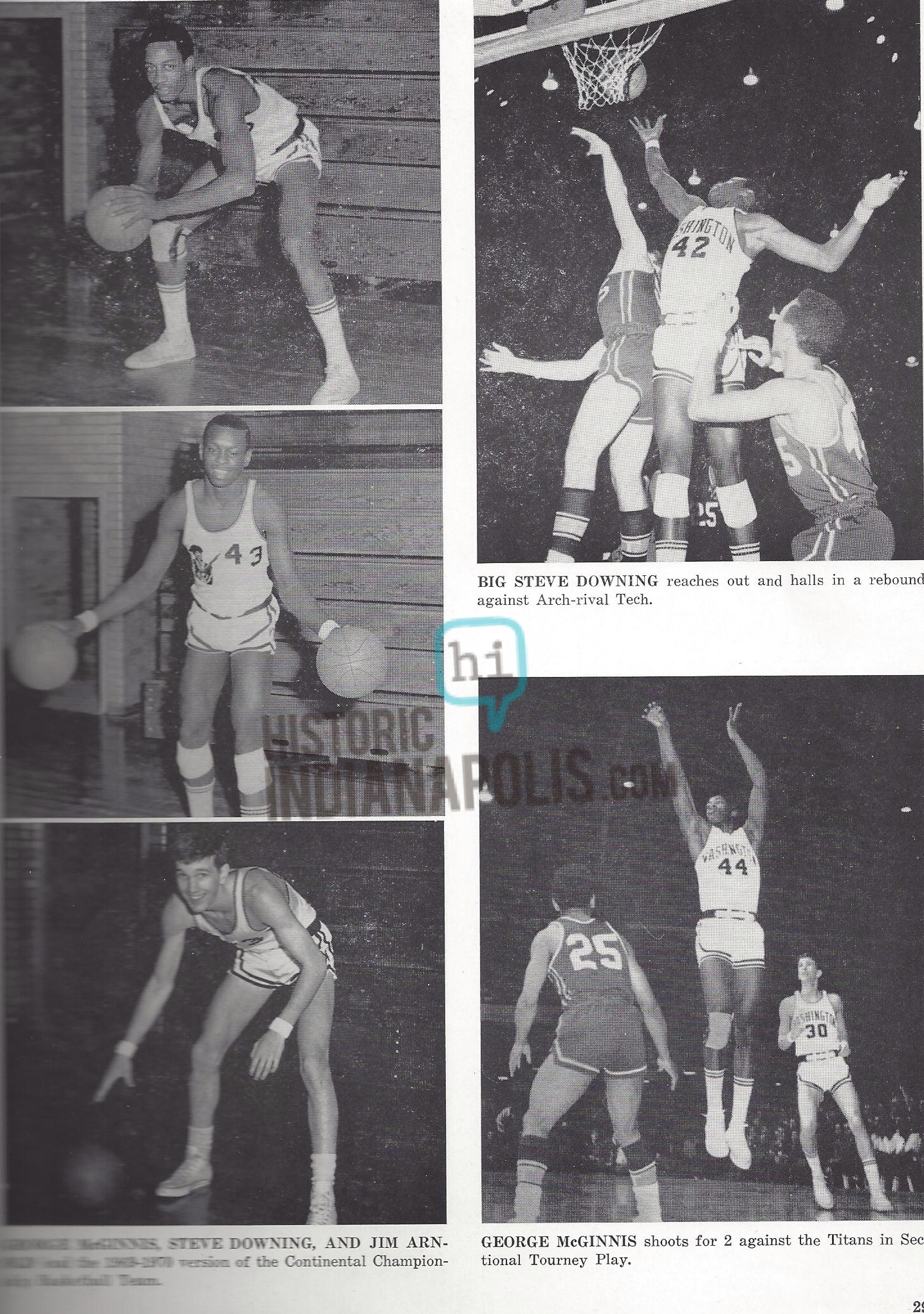