Not first, second or even third… In 1891 the FOURTH Marion County Jail was constructed at the intersection of Alabama and Maryland Streets at the cost of $150,000. It was designed to house 150 prisoners.

In the earliest days of our fair city, before organized law enforcement efforts came into being, “keeping the wolf from your front door,” (both literally and figuratively) was a real and daily effort. Though dead-serious at the time, those early events, documented in old newspapers and random historical ephemera, are quite entertaining for the contemporary reader. Consider the following…

Felonious Firsts…
Indianapolis’s first recorded prank was the result of an interaction between Mrs. John McCormick and a member of the Delaware Tribe named Big Bottle. It seems that Mr. Bottle chased Mrs. McCormick with a tomahawk after she refused to bring a canoe to him across the White River. Mrs. McCormick barricaded herself in her cabin until the men of the family arrived, at which time Mr. Bottle made the statement that he only wanted to scare the lady. When he was lectured for his mischief, he became angry and gestured with his knife in a manner that appeared to indicate he might wish to scalp her (though nothing ever came of the threat).

Indy’s first crime spree occurred Christmas Day, 1821, when four Kentucky boatmen selected this tiny settlement for a drinking binge. Intoxicated by corn liquor, the group began bashing up Dan Larkin’s Grog Shop and surrounding businesses. The miscreants had to be subdued by members of the local citizenry. As there were no proper incarceration facilities, the men were placed in an unlocked building and allowed to escape once they sobered up.

Certain accounts list the first felony committed in Indy as a burglary perpetrated by an old man named Redman and his son-in-law named Warner. Allegedly they burgled the grocery store of Jacob Landis in 1824. The Sheriff, Col. Russell, somehow managed to recover most of the stolen goods, even though it was purported that Warner’s wife tried to hide some of the loot under her skirts.

Other accounts list the town’s first felony as the murder of George Pogue, one of the first permanent settlers in Indianapolis, who disappeared in 1821. One evening, Pogue ventured into the woods to retrieve horses he believed to be stolen. He never returned. For a time, it was believed (but never proven) that Pogue was killed by Indians.

The first confirmed murder was recorded in 1824 when ferryman Michael Van Blaricum caused William McPherson to fall off the boat while ferrying him across the White River. The motive appears to have been a contemptuous dislike of the victim who Van Blaricum regarded as a “dude” (a fancy dresser). Van Blaricum was convicted and sentenced to three years in prison, but was pardoned after serving only half the term. Newspaper articles of the period registered some dismay and disdain for the lax enforcement of prison sentences.

First, Second and Third Police Force…
Early peace keeping was done in and around the settlement by a town marshal, the sheriff (the first being Hervey Bates, appointed in 1821) with a few deputies, a volunteer night watch, a small number of constables and a few justices of the peace. Some illegal activities such as horse thievery, rampant in the region, were handled by citizens who organized in groups such as the Horse Thief Detective Association.

The original police department, under the command of Capt. Jefferson Springsteen, was organized by the city fathers in 1854. This 14-man department lasted only a year, probably because in an attempt to enforce an alcohol prohibition law, several prominent citizens (including Indianapolis’s most famous founding father, Calvin Fletcher) were sent to jail.  The early force was met with staunch resistance to the prohibition law, and as a result, a riot broke out on East Washington Street. When gunfire erupted from the police ranks, several citizens were wounded.  Partly due to this incident and partly because of the expense of maintaining the police force, the ordinance that created the police force was repealed on December 17, 1855.

Early the following year, a second force of 10 men, under Capt. Jesse Van Blaricum, was created.  Under hostile political party action, this force was also disbanded.   The next May saw a change of party power, and another police force of seven men, commanded under Capt. A.D. Rose.

First Ordinances…
Flying a kite could be a costly infraction under the very first general ordinance adopted after Indianapolis formally became a town in 1832. The penalty was $1-3. Similar penalties of the day were meted out as justice for the crimes of firing a gun or running a horse within the town limits.

Suffering firewood to remain on Washington Street more than 12 hours could cost you $3 if you were caught.  Failing to remove (one assumes wood-) shavings every two days from the shop where they were made would cost you $1, as would maintaining a stove pipe within two inches of woodwork in your home or business. The negligence of leaving a cellar door open on the street at night might garner the same fine as selling liquor (less than a quart) without a license: $1.

Performing a show without proper licensure, or leaving your [horse] team unhitched and without a trace chain would incur a $3 fine. However, exhibiting your prize stallion within 50 yards of Washington Street or a dwelling would only cost you a buck ($1).

The First, Second and Third Hoosegow…
The first official jail was a log cabin built in 1822 on the northwest corner of Market and Delaware Streets.  The county paid $59 to have the woods at the corner cleared before construction could begin. Construction cost the county $312. The correctional “facility” lasted for eleven years until it was burned down by an inmate during an escape attempt. City fathers, having noted this object lesson, replaced that building with a brick structure at the southwest corner of Alabama and Market Streets. This jail cost the county a whopping $60,000 but it did provide a second floor for the Sheriff’s living quarters. 1852 saw the building of the third county jail facility, located on the east side of Alabama Street between Market and Washington Streets, at a cost of $100,000.

What are your favorite Indianapolis “firsts”?

Hungry for more tales of Indy mayhem? Try The Cold Springs Murders or The Devil in the Circle City on for size! 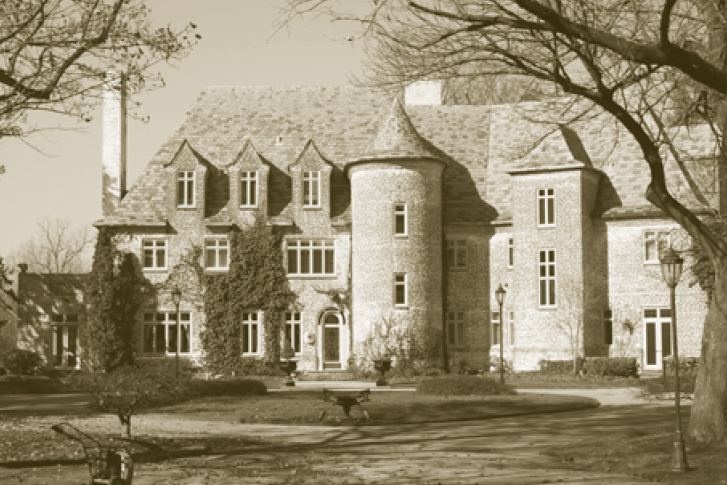 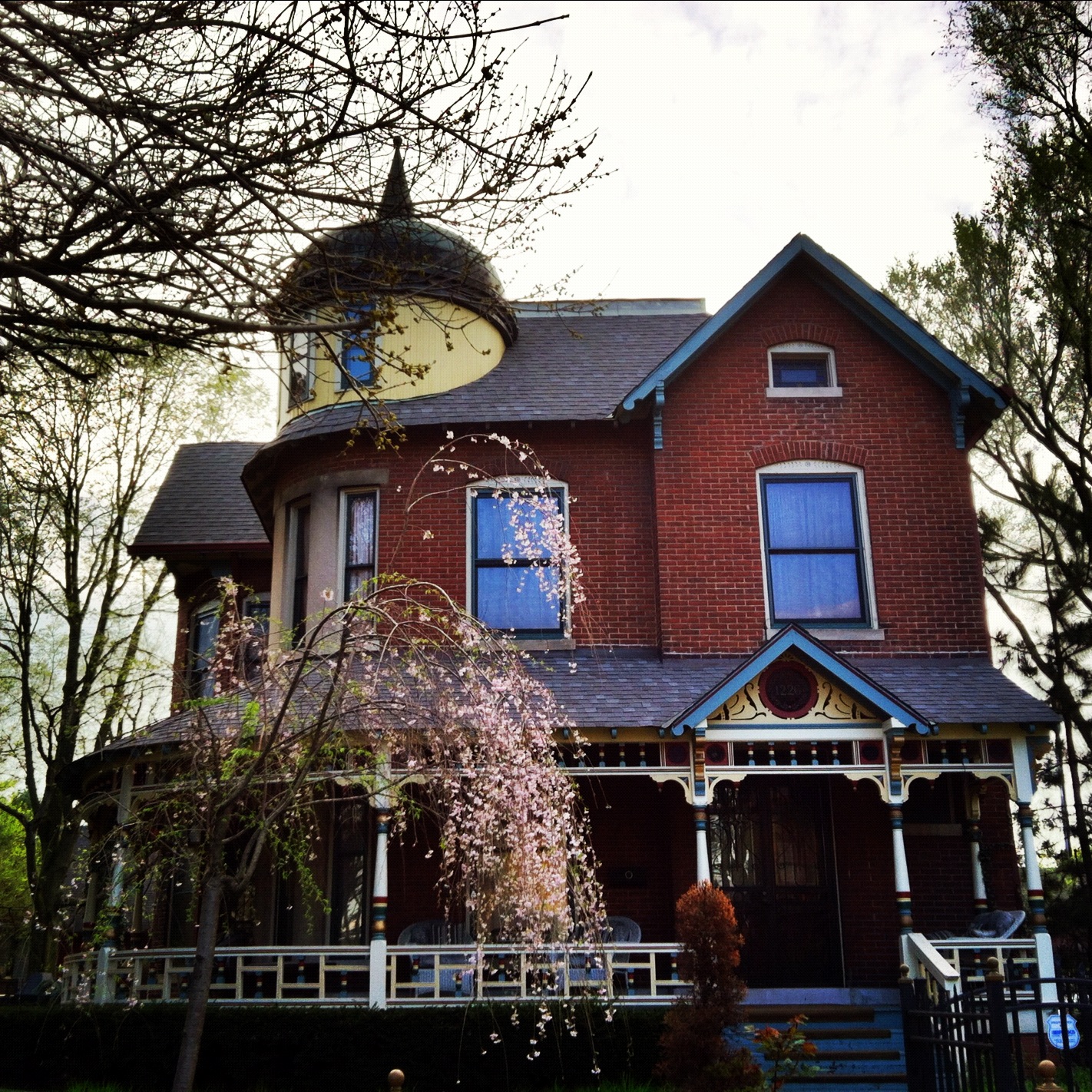 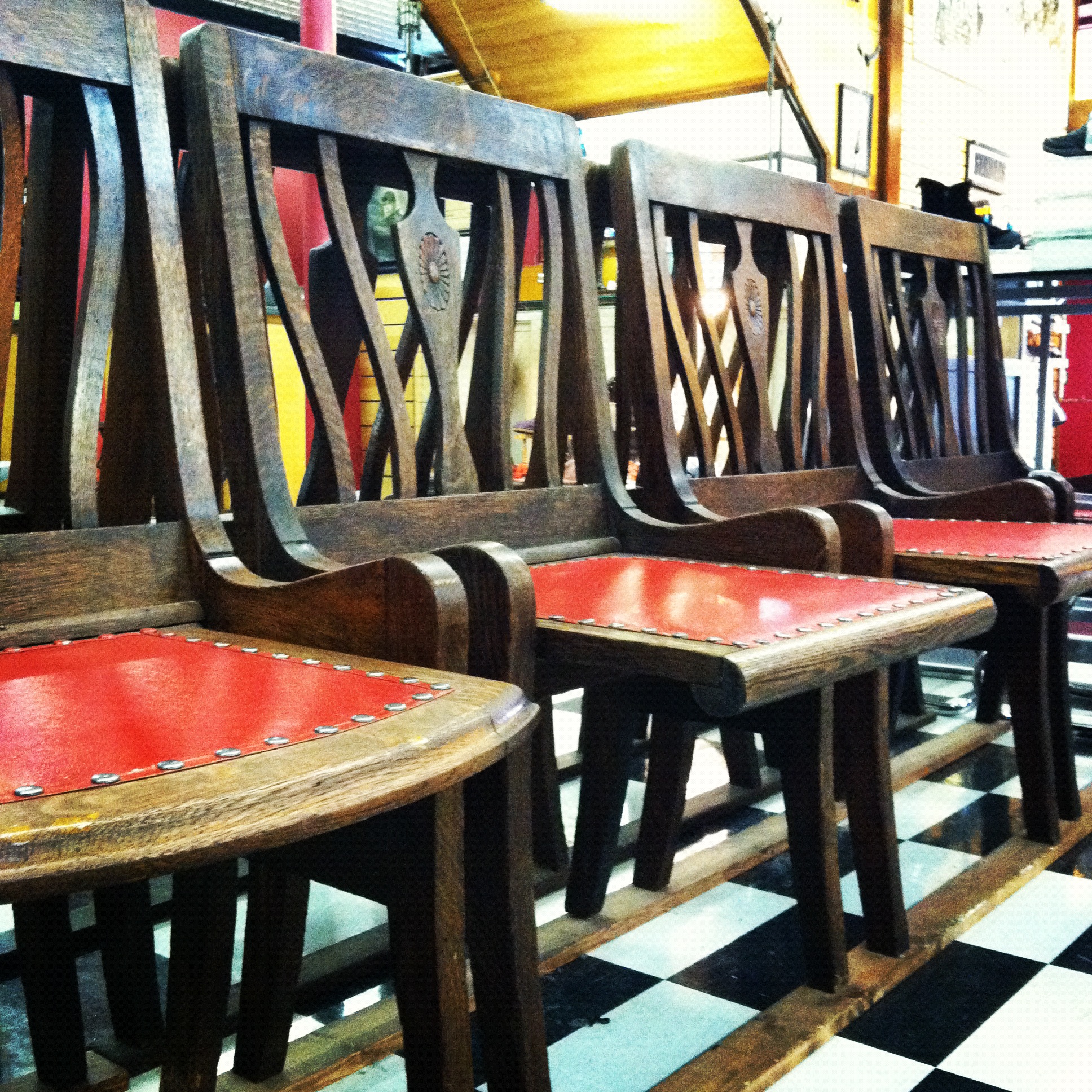