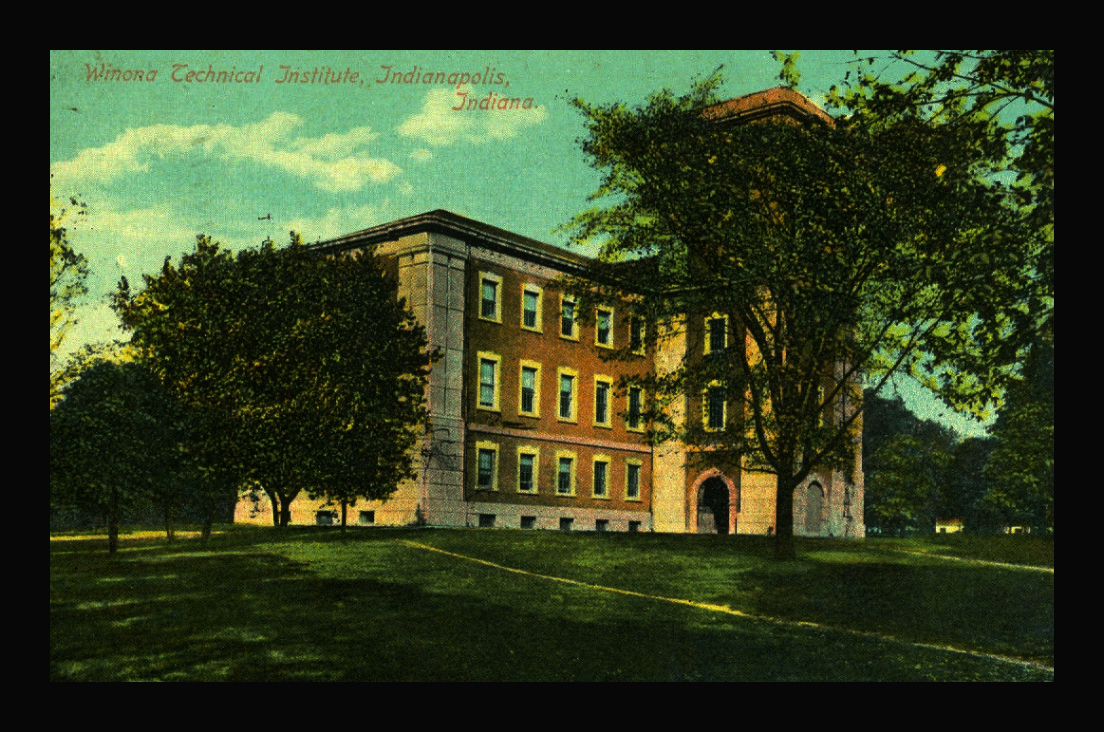 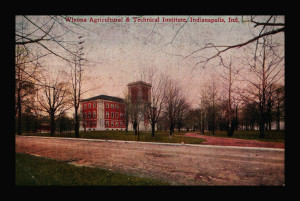 (Click to enlarge.) A postcard, circa 1903, shows the Arsenal Building under ownership of the Winona Technical Institute. Image credit: Kevin Brewer.

Fans and alumni of Arsenal Technical High School may already know that ATHS wasn’t the first school located at 1500 E. Michigan Street. The property, originally an arsenal established for the US Army in 1863, was decommissioned for military purposes when the city of Indianapolis encroached upon it in the early 1900s. On March 27, 1903, the Arsenal grounds were sold at public auction to an Indianapolis public trust to keep the property intact, as either the site of a school or a park. 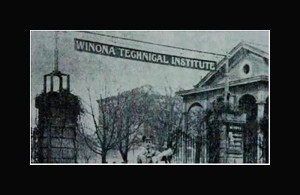 (Click to enlarge) One of the Arsenal guard houses during the days of the Institute. Image credit: ATHS Alumni Association

Enter, the “Winona Movement”
Winona Chautauqua was a Christian organization that arranged conventions featuring popular speakers and entertainers–Billy Sunday, William Jennings Bryan, Admiral Richard E. Byrd, Will Rogers, James Whitcomb Riley and Efrem Zimbalist, just to name a few– as well as cultural and religious activities. The movement originated as a summer program for Sunday School teachers at Chautauqua Lake, New York in 1874, and spread rapidly across the country, landing in Indiana in 1895, and reaching its peak in 1924. For 50 years, the Chautauquas provided the only satisfaction for cultural hunger in some small communities. 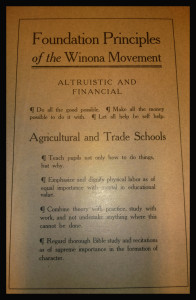 (Click to enlarge.) The Indiana State Library houses a small collection of promotional materials and yearbooks from the Winona schools.

As a function of the intellectual conversations that centered around Chautauqua events, leaders in the Winona Movement became concerned with the general lack of qualified workmen and artisans of the time period–a concern that might well be echoed today. The practice of apprenticing had become outmoded. Night schools and correspondence schools that popped up in response to the training void were producing inferior and “hurried” results. The movement established a school board comprised of well-heeled businessmen who plotted out an ambitious plan.

“Winona is not a place but a Movement. Many activities and enterprises make up the Winona working forces, all directing their energy to the end of spreading the cause of Christianity among the American people…” 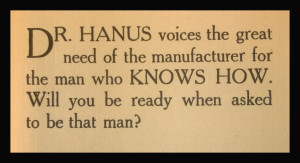 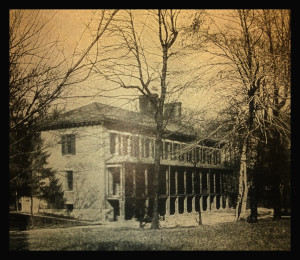 (Click to enlarge.) The old Arsenal Barracks housed the Pharmacy School in the days of the Institute. Image credit: Indiana State Library.

The second school, “splendidly located on a property once occupied by a United States arsenal,” was established in 1904 and named the Winona Technical Institute at Indianapolis. This Winona location offered courses in Pharmacy, Printing, Lithography, Building Trades, Electricity, Iron Moulding, a Library school and other departments. 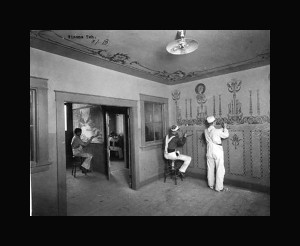 By all accounts, life at the Winona schools was idyllic. Social opportunities were varied and numerous.  One could attend the Chautauqua Literary and Scientific Circle, a cooking school or a health lecture. Plays (modern to Shakespeare), magicians, movies, religious operas, children’s operettas, band concerts and special events were regularly scheduled. 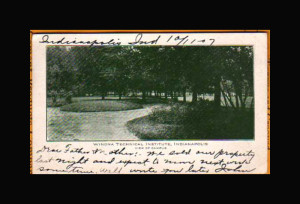 (Click to enlarge.) The beautiful Institute grounds as portrayed in a 1907 postcard. Image credit: Kevin Brewer.

(Click to enlarge.) Winona promotional materials found in the collections of the Indiana State Library.

Expansion of the organization was quick and the financial responsibility of such an undertaking was immense. In order to meet the budget, the school’s “Winona Society” inaugurated numerous money-raising ventures beside admissions fees and donations. A boathouse offered 200 boats for rent. A bath house could be used for 10 cents and a bathing suit rented for an additional fee. At the school up north, a steamer, “City of Warsaw,” could accommodate 150 passengers on a leisurely cruise around the lakes. The Society also owned interest in a railroad line, a golf course, a souvenir store, a restaurant and a drug store. The student rooming houses that sprung up around the schools even had to pay a 5% commission on rents collected. 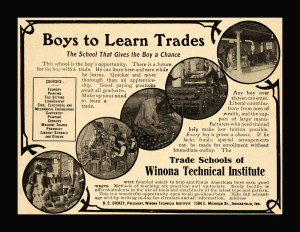 (Click to enlarge.) Advertisement for the school seen in local newspapers of the day. Image credit: Kevin Brewer.

Unfortunately, expansion proved to be too quick and the entire operation was insolvent by 1910. At that time, the Indianapolis Public School system was in great need of a third high school. The City of Indianapolis recovered the Arsenal property and quickly established the institution that would become the Arsenal “Tech” High School that we know today. 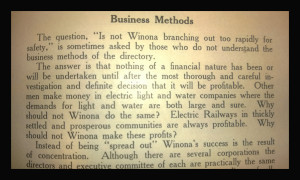 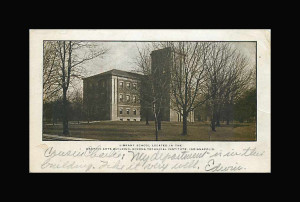 (Click to enlarge.) The Arsenal Building itself housed the Library School in the days of the Institute. Image credit: Kevin Brewer.