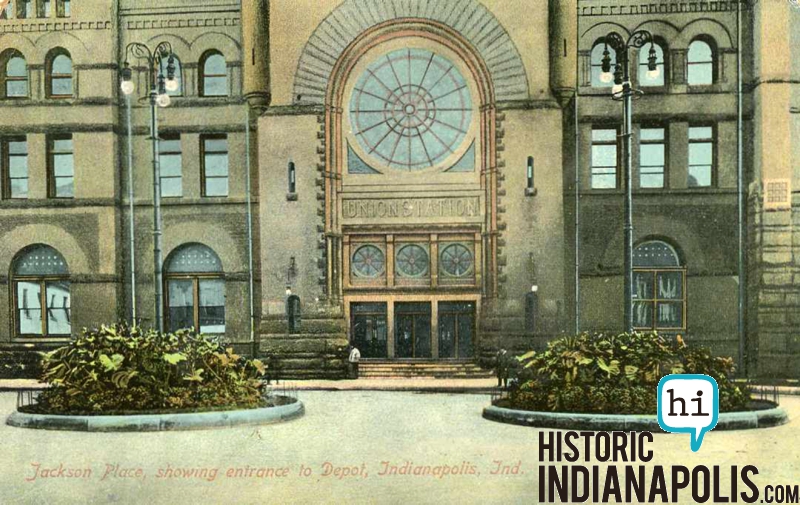 It’s no secret that Union Station is one of the most beautiful historic buildings left in Indianapolis. It just celebrated its 130th anniversary on September 17. And while it’s been well covered on our site and elsewhere, I wanted to take a closer look at the entrance.

If you want to revisit our primer, you can check out the History of Union Station I and II here. 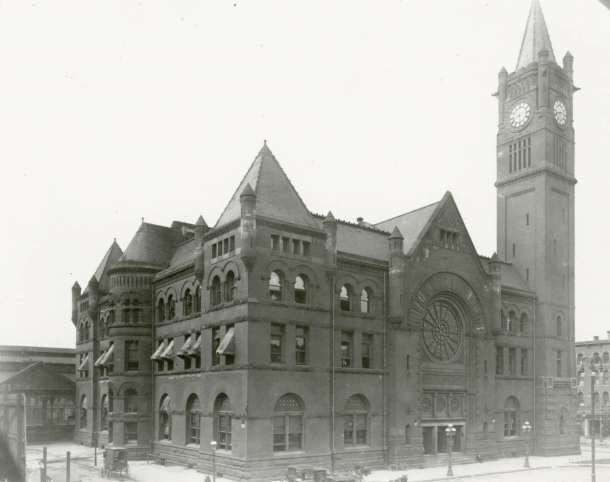 I’ve always been curious about the original entrance of the building–though it is no longer used as one. 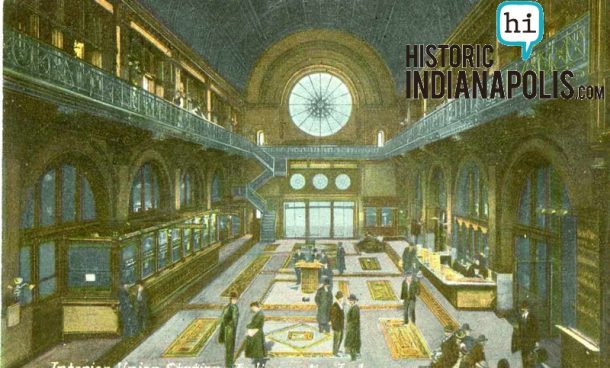 This post card was mailed in 1910, three years before a major renovation of the indoor space.

It’s unfortunate that Illinois Street was made into a one-way northbound thoroughfare, as it robs people of the opportunity to drive towards the north face of Union Station, marveling at the tall clock tower of the “Head House” on the northwest corner. Facing Jackson Place, the former entrance of the building is no longer used much. And that is unfortunate. The interior is breathtaking from any vantage point, but imagine the awe of walking through the front entrance into the five-story high cavernous space. 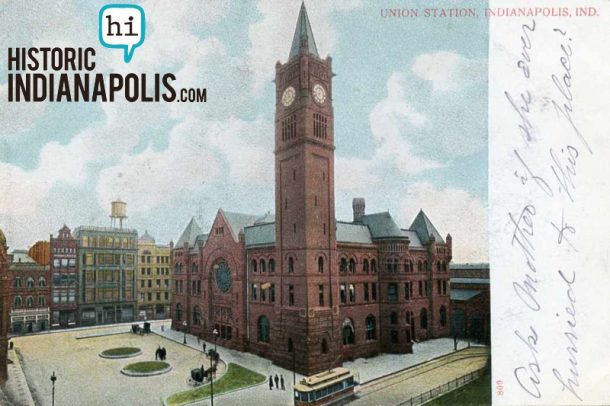 As originally designed, there was no cover from weather

While Union Station did not have any sort of canopy to shield people from weather elements when it was first built, during a 1913 remodeling, one was added: “An attractive marquise, 17 feet wide, 48 feet long at the main entrance will extend 12 feet beyond the curb line.” 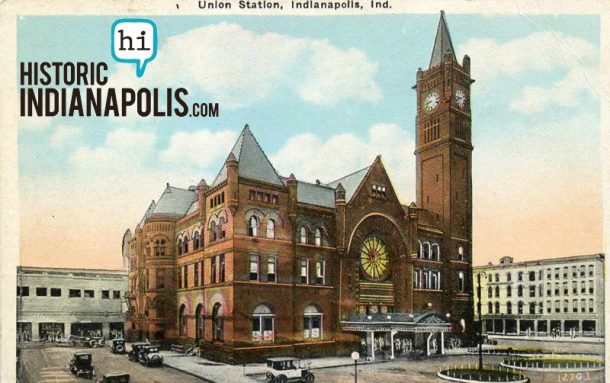 The “marquise” addition to the north entrance

$120,000 was authorized for the remodel job and in addition to the “marquise,” other modifications were changing the women’s waiting room and lunch room into more space for a general lobby. The telegraph office, station masters office and stairway leading to the balcony on the south end of the lobby were all being removed from the first floor. 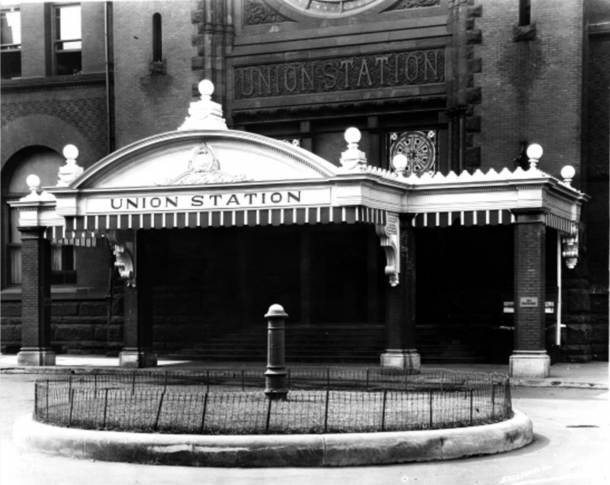 Two additional doors were being added to either side of the main entrance to the concourse. The cigar counter in the lunch room was going to be traded out for newsstand space.

All the building east of the main lobby was to be used for dining room and kitchen purposes. Eleven ticket windows were being added where the ticket office, barber shop and lavatories were originally. And the “main floor” was to be laid throughout with new tile. 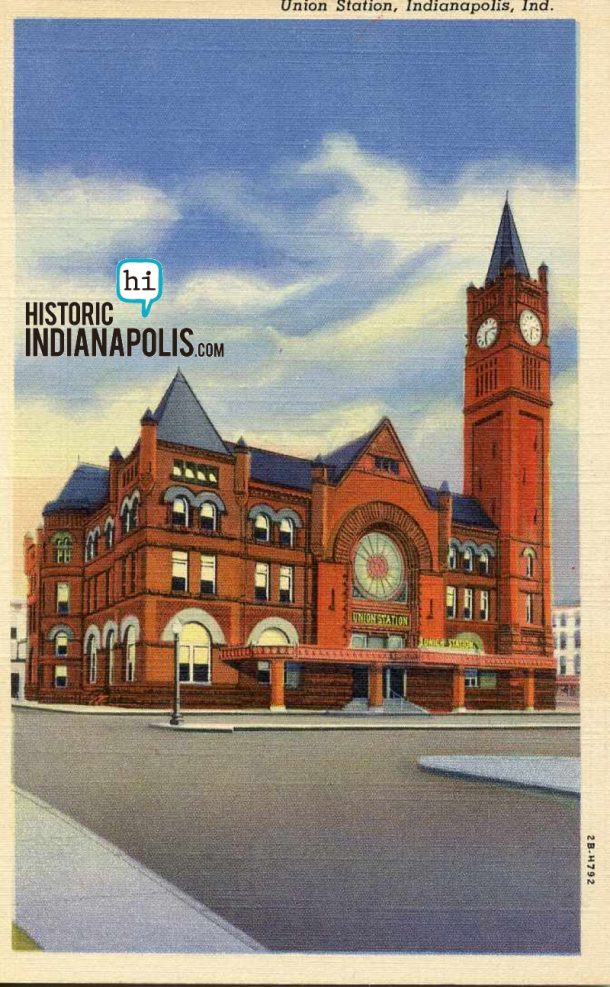 The original “marquise” was traded in at some point for a larger, less ornate one.

In the fall of 1941, when Jackson Place was widened into a divided lane thoroughfare, the entrance was greatly altered. The ornate 1913 design was replaced with something more simple, streamlined and “30 feet wider.” 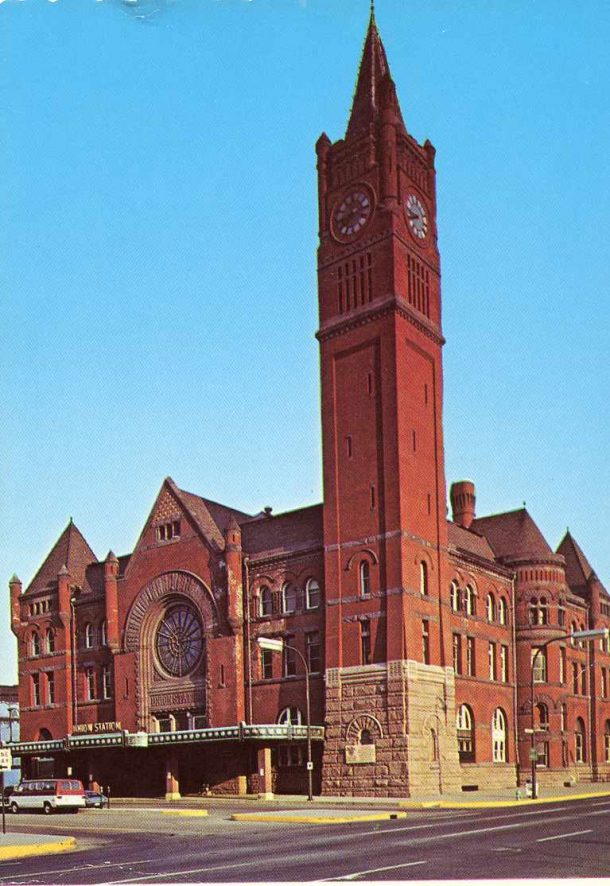 Of course, there have been other renovations through the years, most particularly in the 1980s before the short-lived, but much loved “Festival Marketplace” debuted in 1986. Indianapolis is so lucky the “head house” is still standing. Events in the space always have an air of magic, or at the very least, nostalgia and wonder. 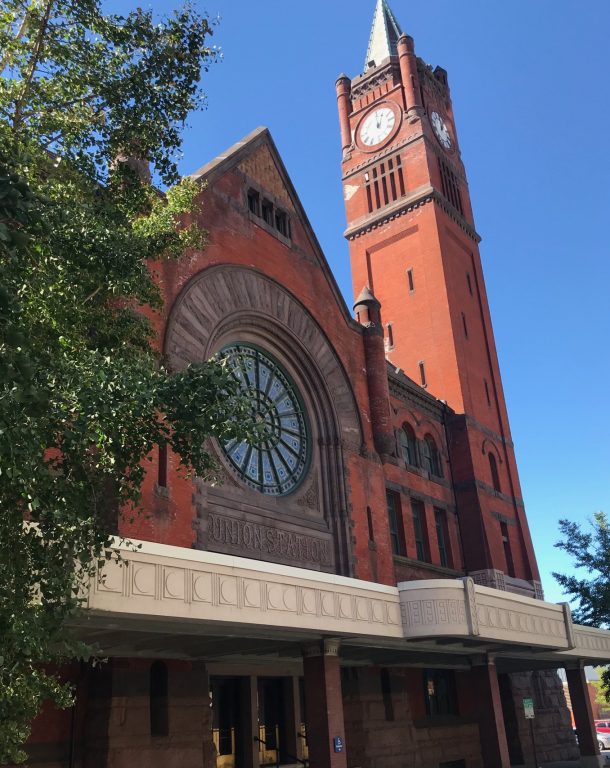 As the north entrance looks today. The decorative fronting does not look as nice as it used to, unfortunately.