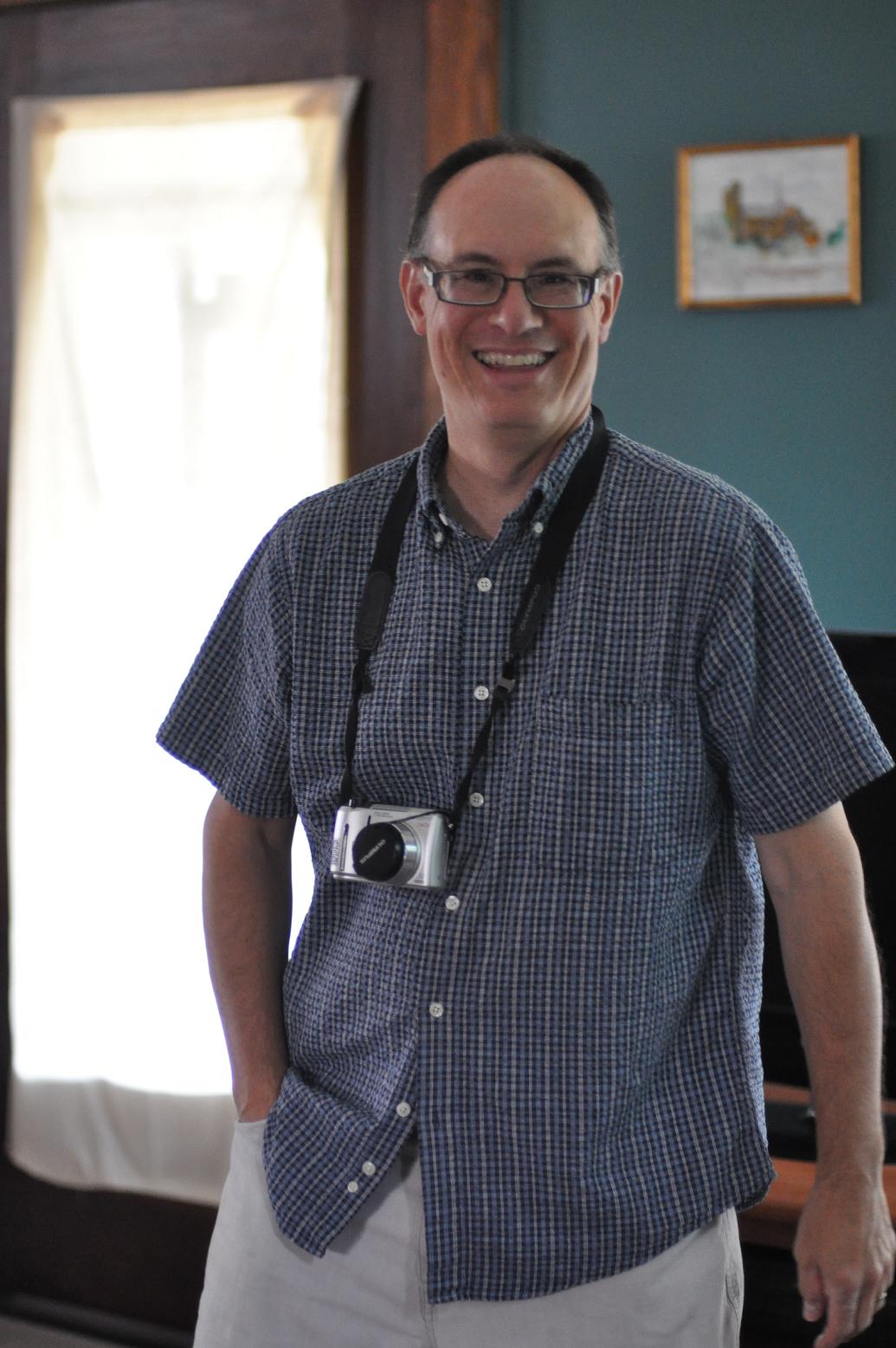 YOUR JOB DUTIES INCLUDE? Reviewing nominations for the National Register of Historic Places; reviewing records for the Indiana Historic Sites and Structures Inventory; coordinating meetings of the Indiana Historic Preservation Review Board; various presentations; and occasionally changing the bottle on the water cooler.

YOU WORK HOW MANY HOURS WEEKLY? That’s hard to say because I also am on several non-profit boards: Irvington Historical Society, Indiana National Road Association, Irvington Guild of Artists, and I teach one class for the Master of Science in Historic Preservation program at Ball State. Varies from 40 to 60.

PROJECT/S YOU ARE MOST PROUD TO HAVE BEEN PART OF? Irvington was the first Preserve America neighborhood in the U.S., and I helped complete the application and was chosen to represent Irvington in Washington, D.C. Knowing that I was representing my remarkable neighborhood and shaking the hand of (then) First Lady Laura Bush was a proud moment for me in 2005.

OTHER PROJECTS WE MIGHT RECOGNIZE? I was the project leader for Bona Thompson Memorial Center, which the Irvington Historical Society restored and opened in 2002. I also have two historic architecture books out: Greater Irvington, Architecture, People, and Places on the Indianapolis Eastside (1997) and History and Architecture of Meridian-Kessler (2005). I used to edit Historic Indiana (National Register guide, 1989-2004) for DHPA. I’ve lost count of the nominations I’ve reviewed/assisted/edited – probably about 700 or so?

WHAT YOU LOVE ABOUT WHAT YOU DO (JOB)? Making people aware of the treasures in their own back yards, and empowering them to save them and make them visual and economic assets to their communities.

WORST PART OF WHAT YOU DO? Dealing with people who believe that I ride in a black helicopter, and have come from the paint police to tell them what color they can and can’t paint their house. What they don’t know is that I do in fact have a black helicopter – a Matchbox one.

HOW YOU DEFINE PERSONAL SUCCESS? A co-worker once told me “Things in this world need to be taken care of, and somebody has to do it.” Knowing that you’ve served your turn in taking care of things the best you can and maybe even got ahead of the curve once or twice, that’s success to me.

ADVICE TO SOMEONE ELSE WHO WOULD LIKE TO DO WHAT YOU DO? Learn to write well, and be patient and persistent. Somewhat like a medical doctor, you’re going to lose a few patients, so you have to learn from that while not being deterred.

IF YOU WERE GRANTED ONE WISH RELATING TO YOUR JOB/CAREER/ORGANIZATION, WHAT WOULD IT BE? I wish all citizens of the State of Indiana had an unshakable sense of pride of place.

WOULDN’T HAVE MADE IT TO WHERE YOU ARE WITHOUT? I think I learned more about the value of preservation by being a parent in some ways than by work or research. So, my daughter, my wife, and my parents – I still wonder how they afforded all the enrichments they gave us.

WHAT MOTIVATES YOU? When I walk around downtown or my neighborhood, or any place, and see people taking photos, talking about, or enjoying historic buildings. I know they get it even if they don’t know the full story.

WHO WERE/ARE YOUR MENTORS AND HOW DID THEY HELP? I have had great profs along the way. Dr. Stocking, drawing instructor at Purdue, Sam Roberson and Ian Fraser at Herron School of Art, Dave Hermansen at Ball State. Overseas trips to Italy and France in undergrad school led me toward preservation.

WHAT SPARKED YOUR INTEREST IN HISTORY? My grandfather was a restoration architect and contractor in Louvain, Belgium – I was aware of his efforts and stories from an early age (Mother was the firm’s clerk and accountant). I noticed that several people interviewed for Heritage Stewards mentioned Roy Chapman Andrews, I too had All About Dinosaurs, a children’s book about Andrews’ adventures. This led to much burying of plastic toy dinosaurs so that they could be “rediscovered,” much to detriment of the back yard.

MOST INTERESTING BIT OF INDIANAPOLIS HISTORY YOU’VE ENCOUNTERED? Finding that Indianapolis has an authentic “Craftsman” house, designed by the Gustav Stickley for the Craftsman Home Builder’s Club. I feel that it shows Indy was much more tied to the national Arts & Crafts movement than was realized.

YOU CAN HAVE DINNER WITH ANYONE FROM INDIANAPOLIS PAST? WHO & WHY? I am stretching the parameters of your question a bit here, but I would say George Edward Kessler. Strictly speaking, he wasn’t from Indy, but, he did often stay, visit, and certainly he worked here. I would have a lot of questions about the parks and boulevards for him!

YOUR CAREER IN AN ALTERNATE LIFE? Landscape architect? Rock drummer? (I do play but enjoy eating too much to make a career of it). I am also fascinated with bricks and brick laying.

ANY INTERESTING FAMILY CONNECTIONS TO INDIANAPOLIS PAST? None, I am a first generation Hoosier/Indy resident.

FAVORITE VIEW IN THE CITY? My favorite view is sitting on my porch with family and looking southeast.

FAVORITE RESTAURANT IN INDIANAPOLIS? It’s a toss-up between Jockamo’s Upper Crust Pizza, Shapiro’s (downtown location) and Workingman’s Friend. Mrs. Curl in Greenwood for desert is a must.

FAVORITE CITY BESIDES INDIANAPOLIS? Within Indiana, it would be Lafayette. If you open it up to anywhere – I loved going to Venice and also Bruges. We seem to go to Cincinnati quite a bit lately.

COLLECT ANYTHING? I have a few dimestore lead soldiers. They were made in the 1920s and 1930s. I also collect books about WW II aviation.

FAVORITE QUOTE? Probably the bit from the first Indiana Jones movie, when Jones is leveling a bazooka at the Frenchman: “You and I are only passing through history. This IS history. Do as you wish”

IF YOUR LIFE HAD A THEME SONG, IT’D BE?
“What’s So Funny About Peace, Love and Understanding” by Nick Lowe, as performed by Elvis Costello. 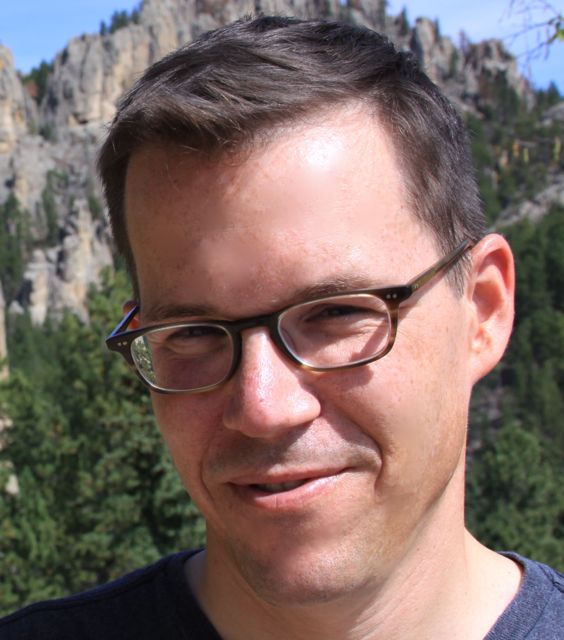 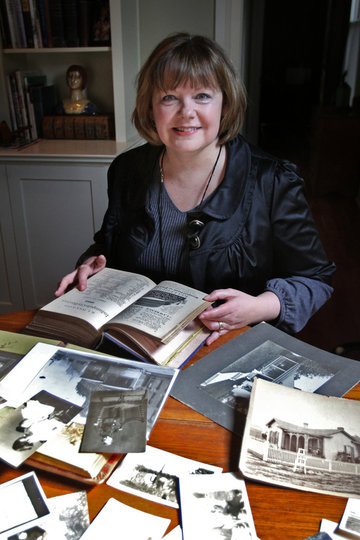