Who knew such a beautiful and strangely located building on Indianapolis’ near northwest side could have played a pivotal role in defeating Hitler’s goosesteping hate-mongers?

What was initially named the Indianapolis Naval Armory, the gleaming white Art Moderne edifice that sits on the eastern bank of the White River at west 30th Street was constructed from 1936-38 as a part of Franklin Roosevelt’s Works Projects Administration plan to get a struggling country back to work. Prior to the construction of the Armory, Indiana Naval Reservists, in need of a place to train, bounced around several Indianapolis locations, including the former Cole Motor Company Factory which had closed its doors in 1925. 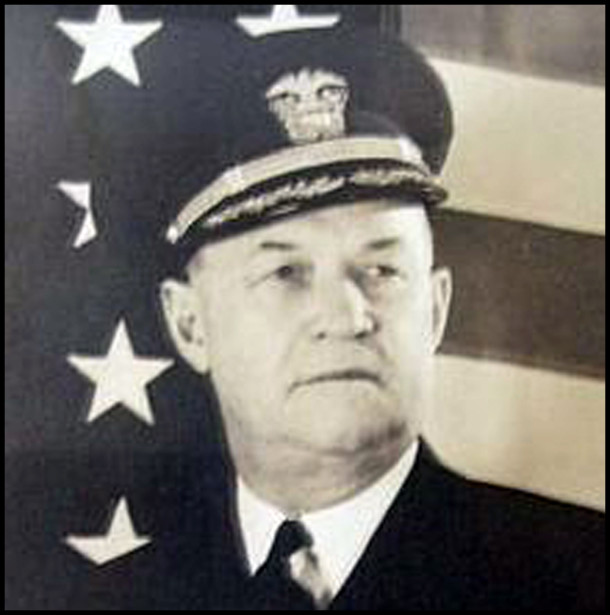 Commander of the Indianapolis Naval Reserves since 1922, one Captain Ola F. Heslar, had been badgering the powers that be for a permanent location for he and his men to be based. His wish was granted in 1936 and Indianapolis donated land for it’s construction. Interestingly, the site donated for the Naval Armory was directly adjacent to the already existing Riverside Amusement Park. Because nothing says secret-ish military base like giant building right next to a roller coaster. 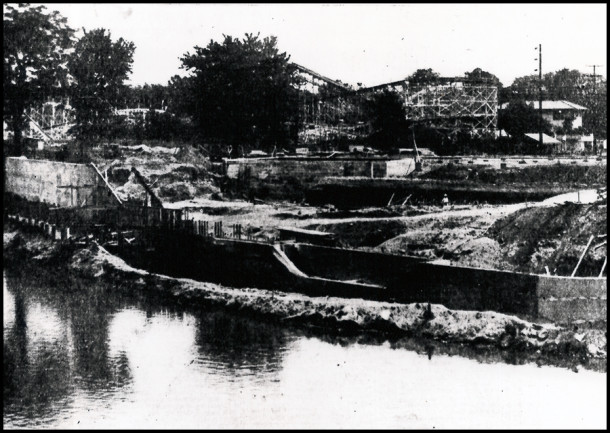 1936 image showing the early stages of construction on the Indianapolis Naval Armory with Riverside Amusement Park’s “The Thriller” roller coaster in the background.

Designed by architect Ben H. Bacon in the Art Moderne style (think Art Deco, but with fewer frills and flourishes) the Armory which was estimated to cost $350,000 was finally completed $200,000 over. It’s poured concrete walls, built to survive a bomb blast, were adorned with the names of important figures throughout the short history of the United States Navy, including a strange mishap where Rear Admiral George Preble‘s name was accidentally engraved as “Prebble”. 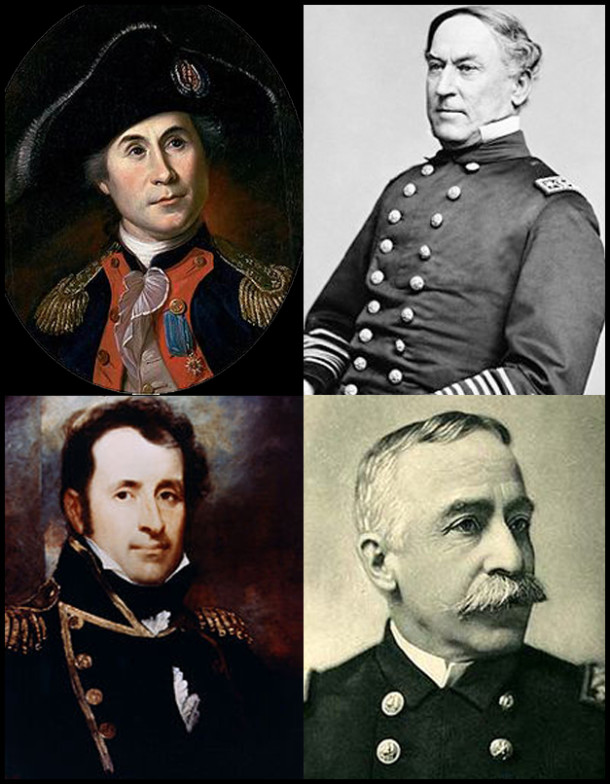 A few of the men honored on the sides of the Armory (clockwise from the upper-left) John Paul Jones, Revolutionary War sailor and he of “I have not yet begun to fight!” fame, David Farragut, Civil War hero and pallbearer for Lincoln and of “Damn the torpedos! Full speed ahead!” fame, George Dewey, Civil and Spanish-American War hero who was the only man to achieve the rank of Admiral of the Navy, the senior most rank in the US Navy, and Stephen Decatur, Revolutionary War hero and former Commander of the USS Constitution, he for whom Decatur County is named.

Designed to be wholly self-sufficent, the Naval Armory featured an large second-floor gym, complete with naval drill deck for training purposes. However, because land based training exercises can prepare a sailor only so much, Capt. Heslar was also given command of the U.S.S. Sacramento in 1939, a WWI era gunboat stationed in Michigan City for real world training of sailors on Lake Michigan. In 1940, Capt. Heslar was ordered to sail the Sacramento through the Great Lakes to Boston to be refitted for what seemed to be impending war. The Sacramento, minus Heslar who was still a reservist at this point, sailed to the Hawaiian Islands manned by a Hoosier laden crew, where it survived the attack on Pearl Harbor on December 7th, 1941, shooting down two Japanese aircraft in the process. 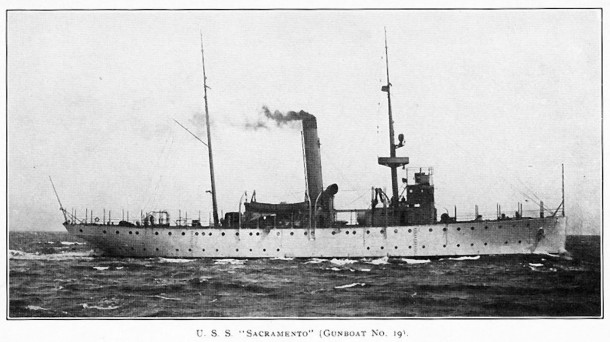 During the Second World War, the Naval Armory went into full training and planning mode, preparing radio men and yeomen (a petty naval officer who performs clerical duties) for transfer into combat. Additionally, due to its geographically insulated position, the Naval Armory was also a meeting place for generals and admirals to meet, away from possible coastal surveillance, to plot out both the Pacific and Atlantic campaigns. Elements of the Invasion of Normandy were fleshed out next to an amusement park in Indianapolis. 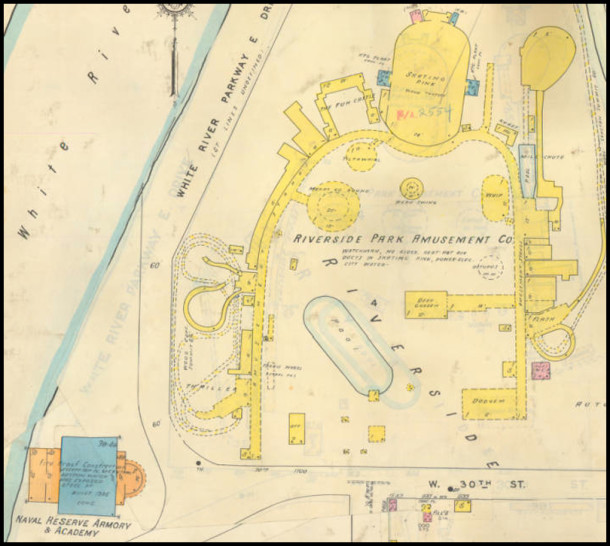 I know I keep harping on this amusement park connection, but the location continues to blow my mind – from the 1938 Sandborn map #577

Post WWII, the Indianapolis Naval Armory returned to its primary function, that of a meeting/training place for naval reservists. In 1962, it was officially renamed the Heslar Naval Armory in honor its first commander. Heslar, who had returned to combat duties during the war retired from service in 1944 due to health issues and had received the Navy Distinguished Service Medal in 1959. In 1977, the Armory was renovated, both to repair the decaying structure and to make space for the addition of the Marine reservists as well, being redesignated as a Navy and Marine Corps Reserve Center, for which purpose it has served to this day. 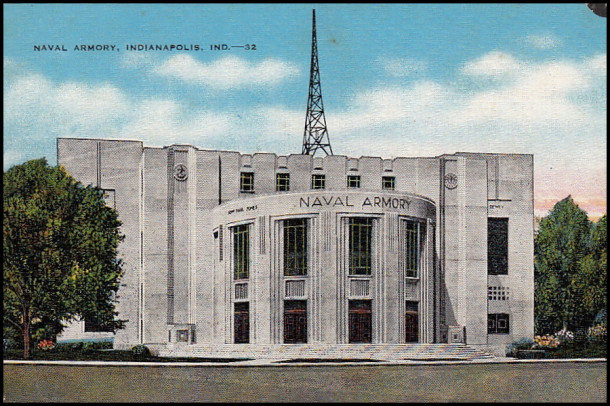 Author’s note: There is a fantastically detailed account of the history and interior of the Heslar Armory by Jacob Maynard here from where the photo of the construction featured above is from. It’s worth checking out. 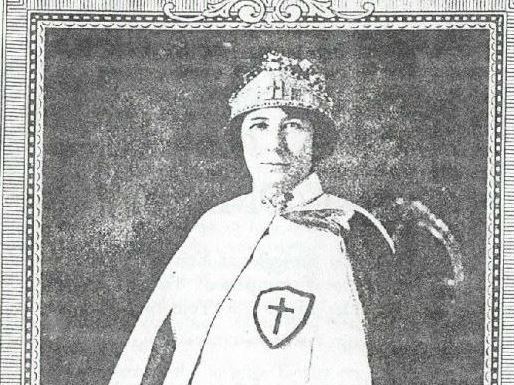