While doing Saturday morning errands at the hardware, grocery, and drugstore last weekend, I was amazed to see how commercial Halloween has become.  I was inundated with Halloween products everywhere I went.  It made me curious as to how the holiday was celebrated in earlier times.  Would you have any information on what Halloween was like in Indianapolis, a century ago?   ~ Chuck F., Indianapolis

You are justified in thinking that Halloween has become highly commercial.  According to numerous sources, it’s the second-highest grossing holiday of the year.  Every Halloween, between 4 and 5 billion dollars are spent in the United States on candy, costumes, decorations, parties, parades, etc.  Candy alone accounts for more than half of all the sales.  The candy industry relies on Halloween for a quarter of its annual revenue.

Although commercially produced candy existed a century ago, there weren’t nearly as many choices then as there are today.  Below are a few confections that might have been enjoyed on Halloween. 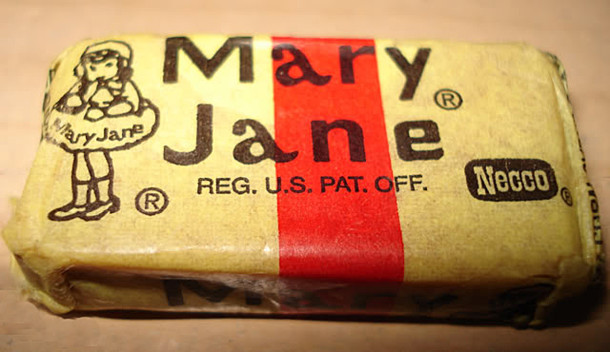 Mary Jane, a peanut butter and molasses flavored candy, was introduced in 1914        (photo courtesy of melodramatic.com)

The Heath Bar was introduced in 1914 by a company located in Robinson, Illinois (image courtesy of vintage.ad.browser.com)

Necco Wafers and Hub Wafers were popular candies in 1914 (image courtesy of vintageadbrowser.com) 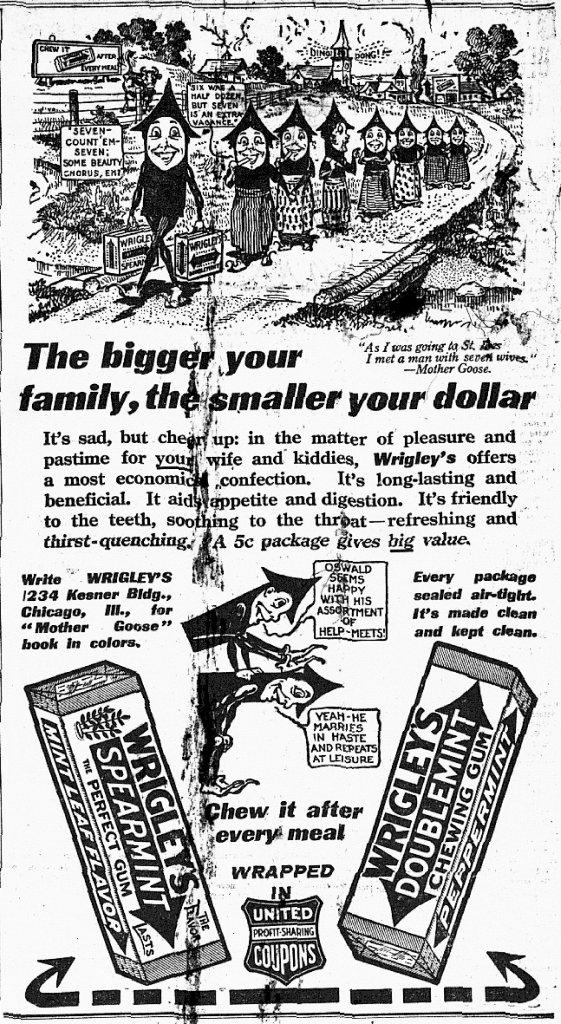 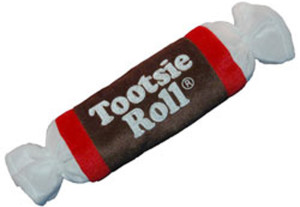 Many of the activities associated with Halloween have remained the same or similar over the years.  Dressing up in costumes was clearly the custom in 1914, for both children and adults.  Carving jack-o-lanterns and placing candles in them was as popular a century ago as it is today.  Parties and parades were also common in 1914.  Apple-bobbing and hayrides were more prevalent in earlier times than they are today, although they are still enjoyed by some.  Same goes for building bonfires. 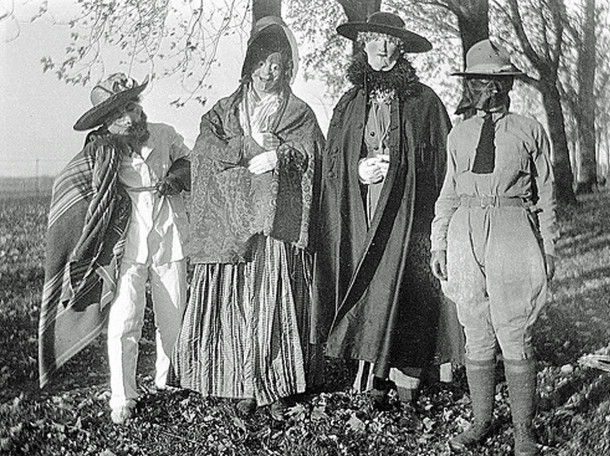 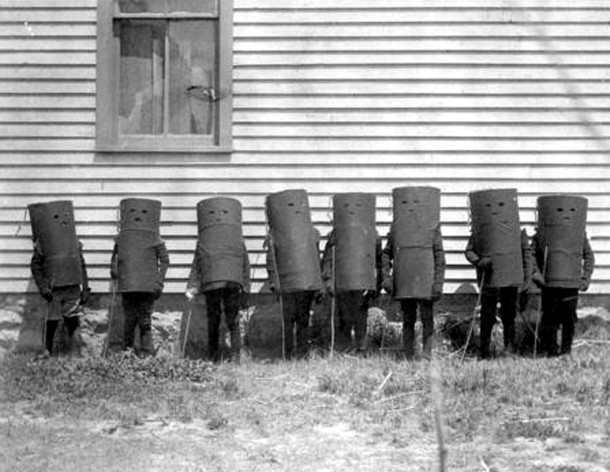 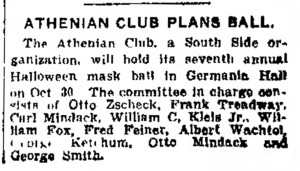 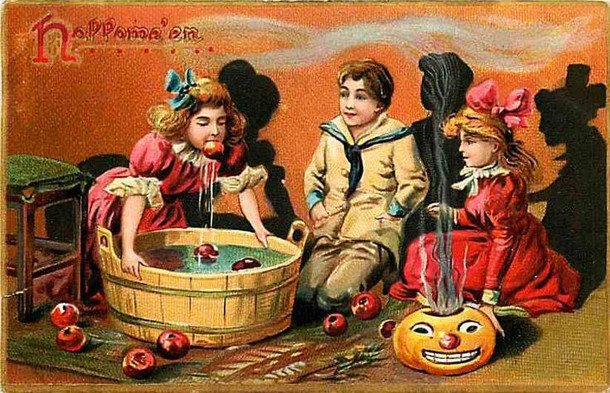 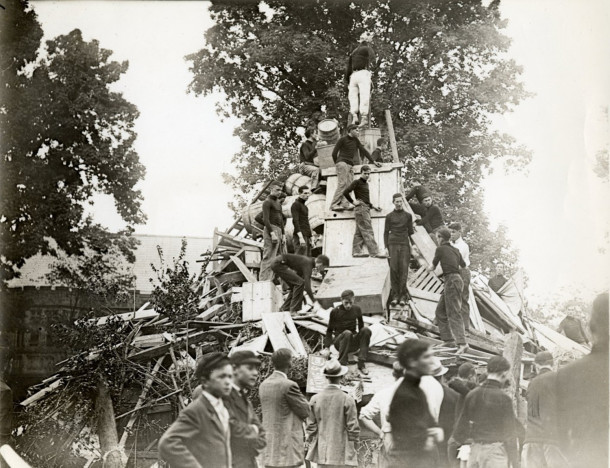 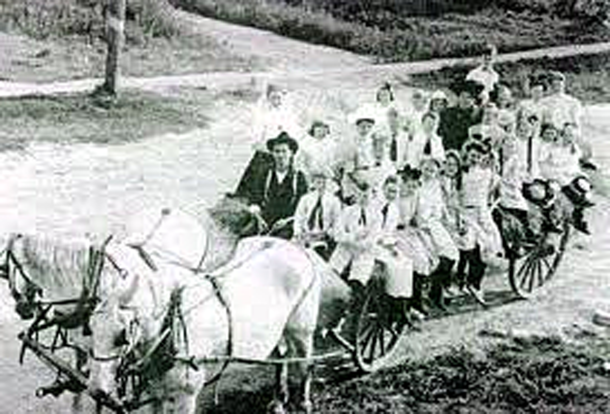 Playing pranks on Halloween night was more prevalent a century ago than it is in present times.  Tipping over outhouses, unhinging farmers’ gates, soaping windows, and throwing raw eggs at buildings were some of the capers that occurred a century ago, but such antics have largely disappeared in modern times. 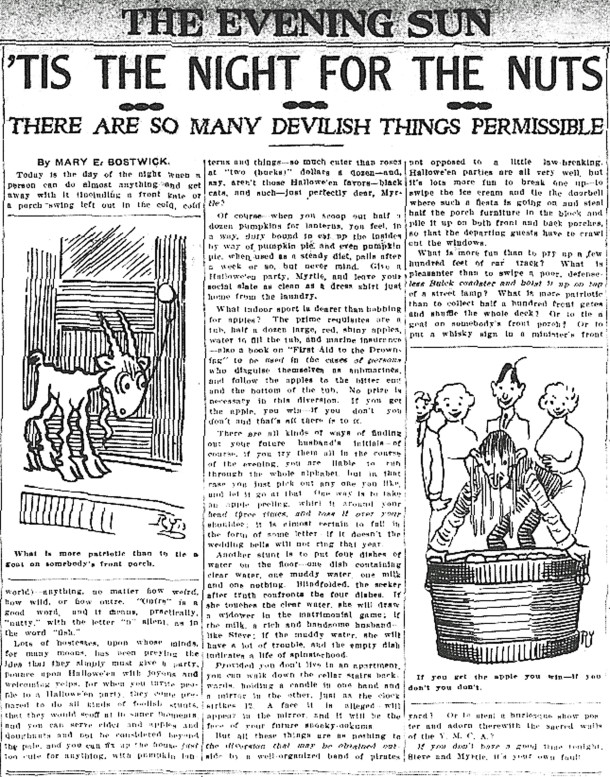 Article that appeared in The Evening Sun on October 31, 1913   CLICK TO ENLARGE

The Library of Congress reports that virtually all Halloween traditions can be traced to the ancient Celtic harvest festival called Samhain, which dates to B.C.  After Christianity spread to Celtic territory, the Pope introduced the Celts to All Saints Day, a holiday that occurred around the same time of the year as Samhain.  Celebrated on November 1st, All Saints Day is also known as All Hallows Day.  Thus, the night before All Hallows Day was called All Hallows Evening.  When abbreviated, Hallows Evening became Hallowe’en, or more simply, Halloween.  Samhain and Halloween influenced one another for some period of time but eventually melded into one holiday.  “Halloween” was the appellation that survived. 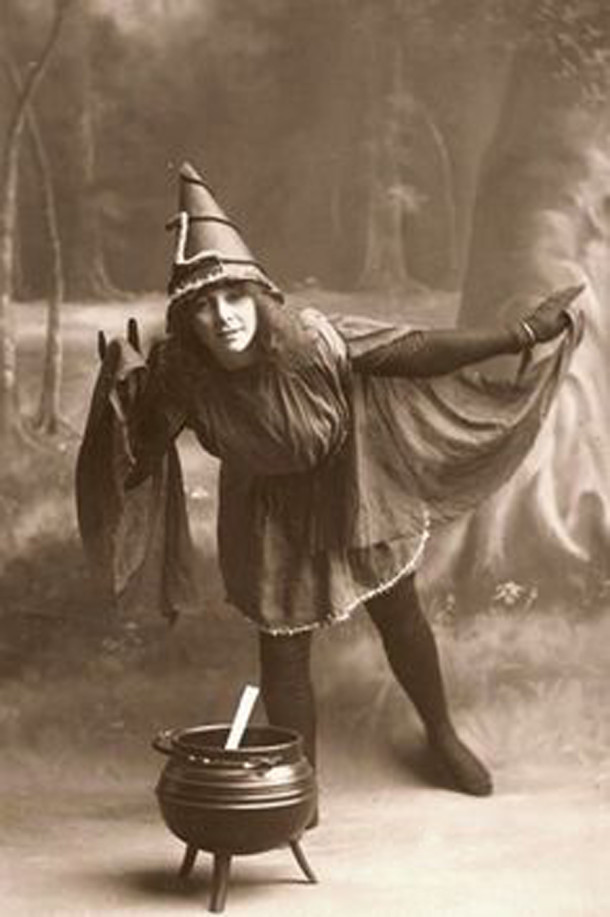 Most Halloween customs in the U.S. were brought to North America by Irish immigrants in the early to mid-1800s.  Children dressed up and went door-to-door, asking for food or money.  The activity was not yet called “Trick or Treating” then, but it was clearly a precursor to it.  The first use of the term “Trick or Treat” in print was in 1934. 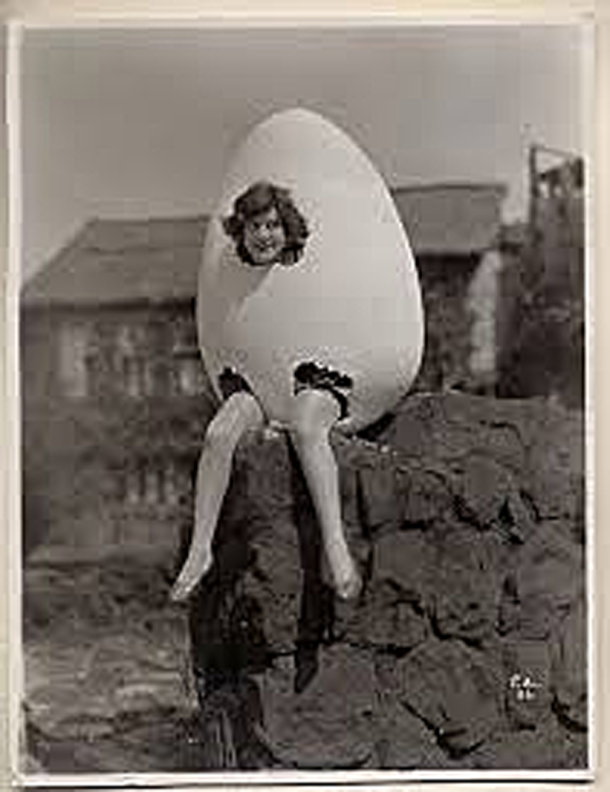 Indianapolis retailers advertised Halloween products available for purchase in their establishments.  Note that the wig shop referred to them as Halloween disguises, rather than Halloween costumes. 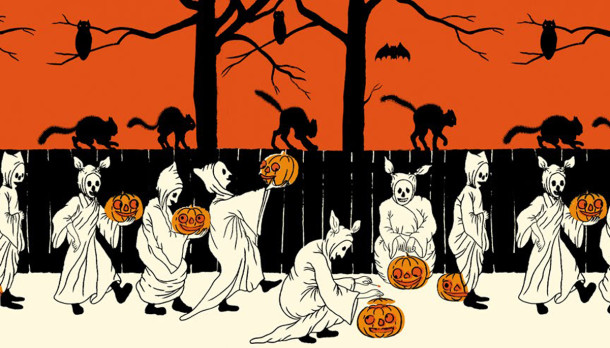 An annual Halloween parade, followed by a dance on Monument Circle, occurred in Indianapolis for many years.  It was overseen by the Indianapolis Convention and Tourists Bureau.  Local organizations and businesses participated.

October 29, 1914 article in The Indianapolis Star  CLICK TO ENLARGE

1914 Indianapolis News article on the Halloween parade and party

It would appear from available resources that Halloween was celebrated in a similar fashion a century ago as it is celebrated today.  Naturally, items associated with the holiday have improved and expanded and are in much greater supply now.  While most Halloween costumes were homemade in earlier times, a wide variety of ready-made costumes can be bought or rented today.  While some candies existed in 1914, there are many more candy manufacturers, as well as many more candy varieties, today.  While a Halloween parade was a regular event sponsored by the City a century ago, parades tend to be organized by localized neighborhoods or individual organizations, today. 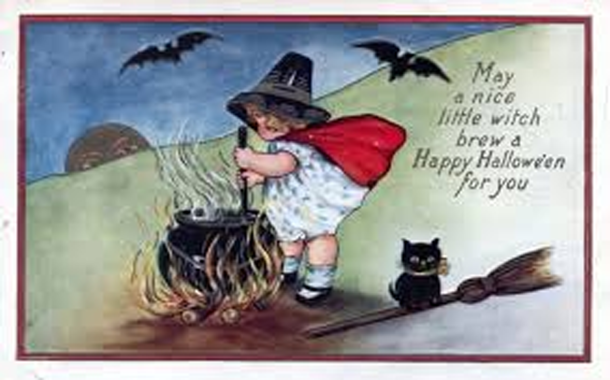 If readers have memories of Halloween traditions in their families or neighborhoods, please share them in the Comments section below. 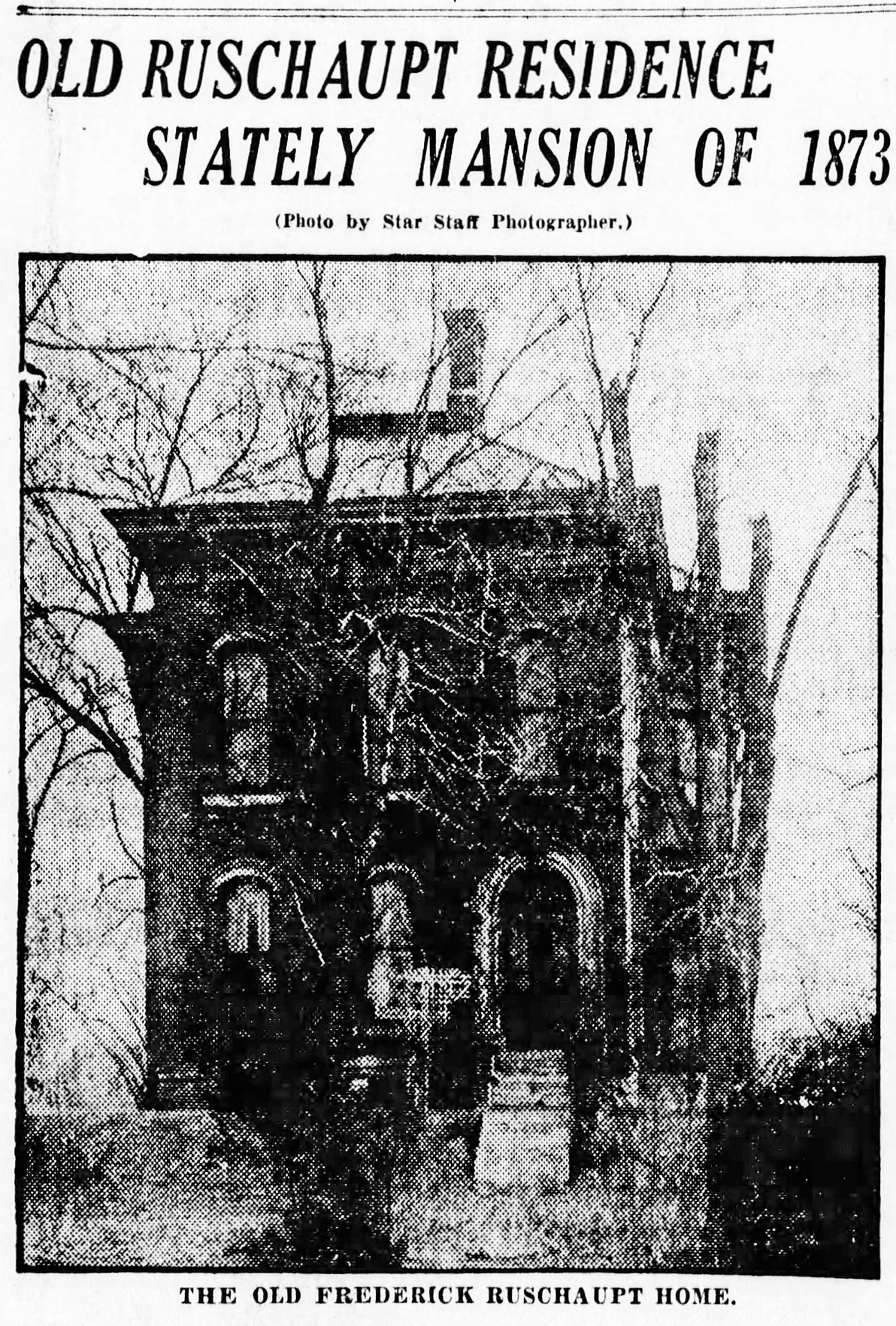 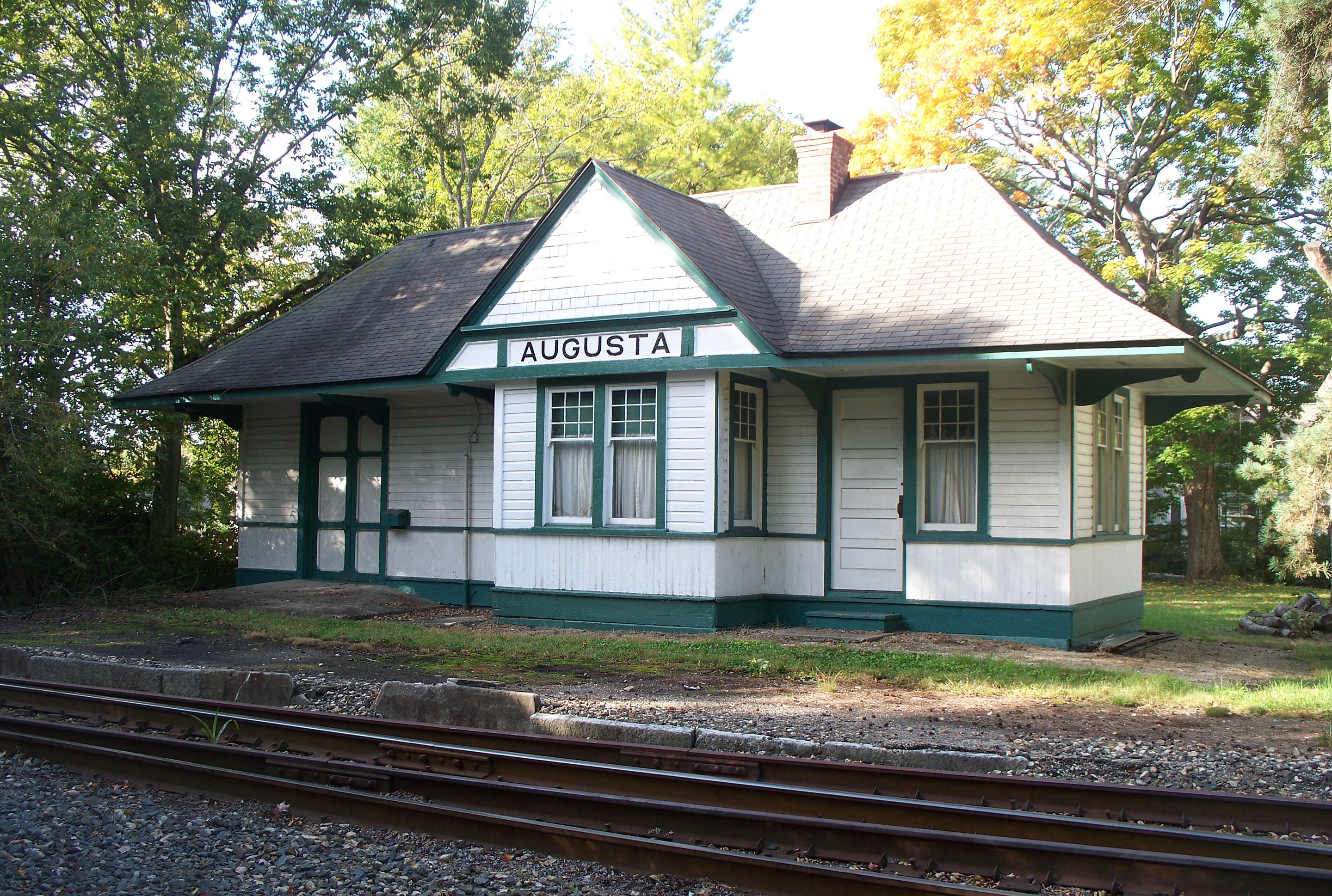