I own several properties in the vicinity of 22nd and Talbott.  I am intrigued by a building at 2147 N. Talbott Street, which has the word “POWER” carved in a stone above its entrance.  Can you provide me with any information on the significance of this word or the history of the building?  ~ Jeff C., Indianapolis

The building at 2147 North Talbott Street was completed in 1929.  The one-story commercial structure was not the first improvement on that site.  There was previously a two-family dwelling on Lot 89 in Meridian Place.  The two-story frame property had the addresses of 2147 and 2149 Talbott Avenue.  At that time, Talbott was known as an Avenue, rather than a Street. 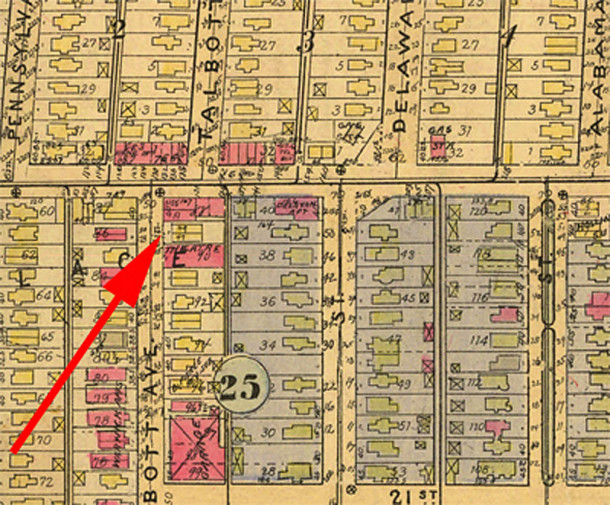 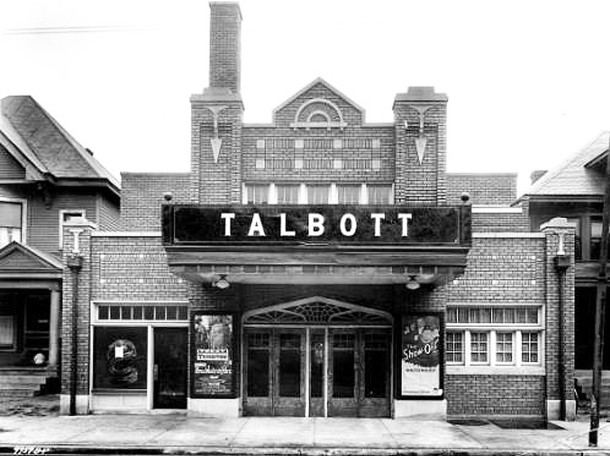 A small portion of the double at 2147-2149 Talbott Avenue can be seen in this 1926 photo of the newly opened Talbott Theatre    (W. H Bass Photo Company Collection courtesy of the Indiana Historical Society)          CLICK TO ENLARGE

Over the years, both the theatre and the buildings on either side of it have been modified.  The marquee was removed from the theatre, windows were covered or removed, and the buildings were painted the same color.  The residence to the south has an addition on the front of it that attempts to make it look like a commercial building.  A recent photo illustrates some of the changes between 1926 and 2015. 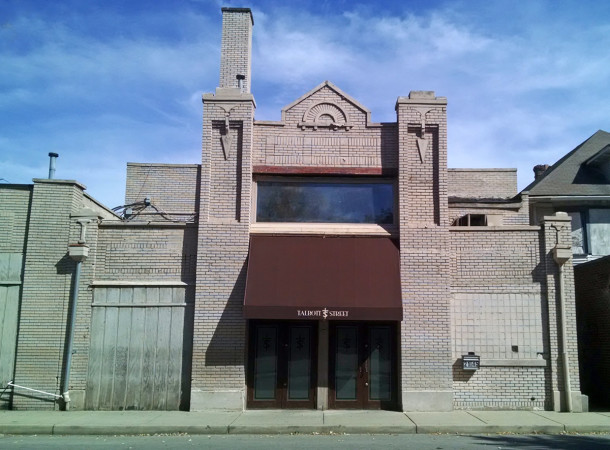 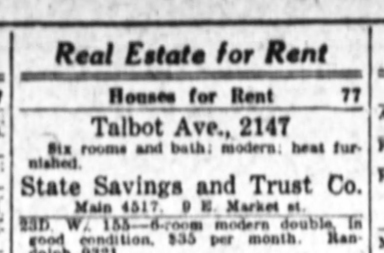 The commercial building that replaced the two-family rental was built late in 1928 and early in 1929 by grocer Percival Oliphant Power (1878-1931). Percy had grown up in the retail grocery business.  His father, Jesse Taylor Power (1847-1915) had been a grocer in Indianapolis before him.  The elder Power operated stores in three different locations within the Mile Square.

Following his father Jesse’s death, P. O. Power left the final downtown grocery store his father had established and opened a grocery in a two-story, mixed-use brick building on the southeast corner of 22nd Street and Talbott Avenue.  Starting out in just one of the storefronts, Power eventually expanded his business to occupy multiple spaces in the building, from 2151 to 2155 N. Talbott.  That building is no longer standing. The southeast corner of 22nd and Talbott has been a vacant lot for about a decade. 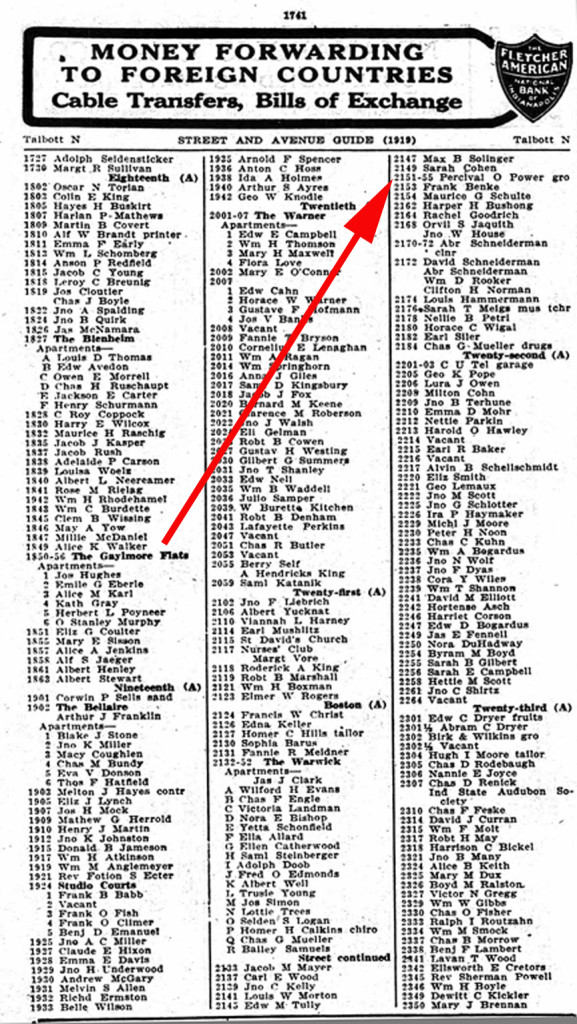 It was during the years his grocery was at 2151 – 2155 Talbott that P. O. Power acquired the property immediately south of the building on the corner.  Although the two-family residence on that land was not very old, it was razed to make way for a building that would make the entire corner a commercial node.  When Power erected his very own building, he embedded a stone in the brickwork with his surname carved into it. 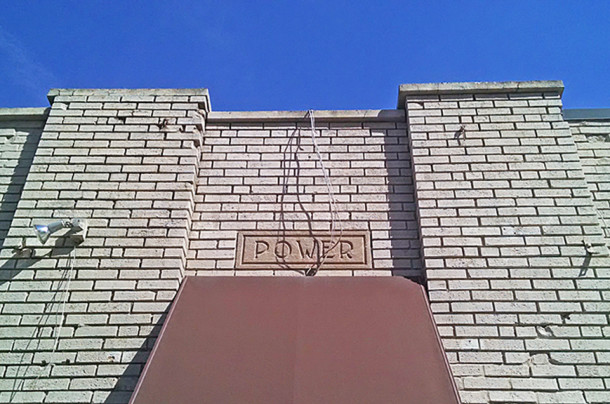 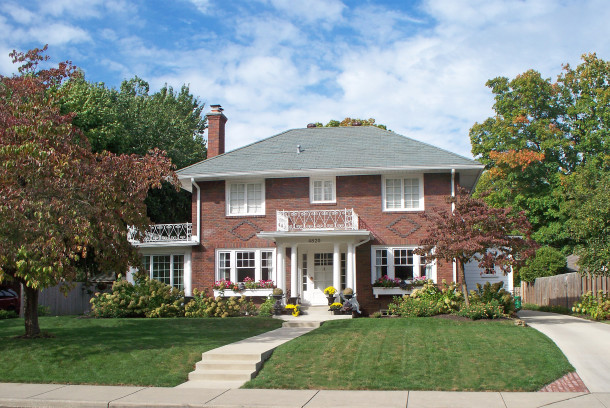 Unfortunately, Percival Power did not get to enjoy either his new grocery store or his new home for long. He died in 1931.  P. O.’s widow Beatrice and their son Richard carried on the grocery tradition started by his father in 1874. 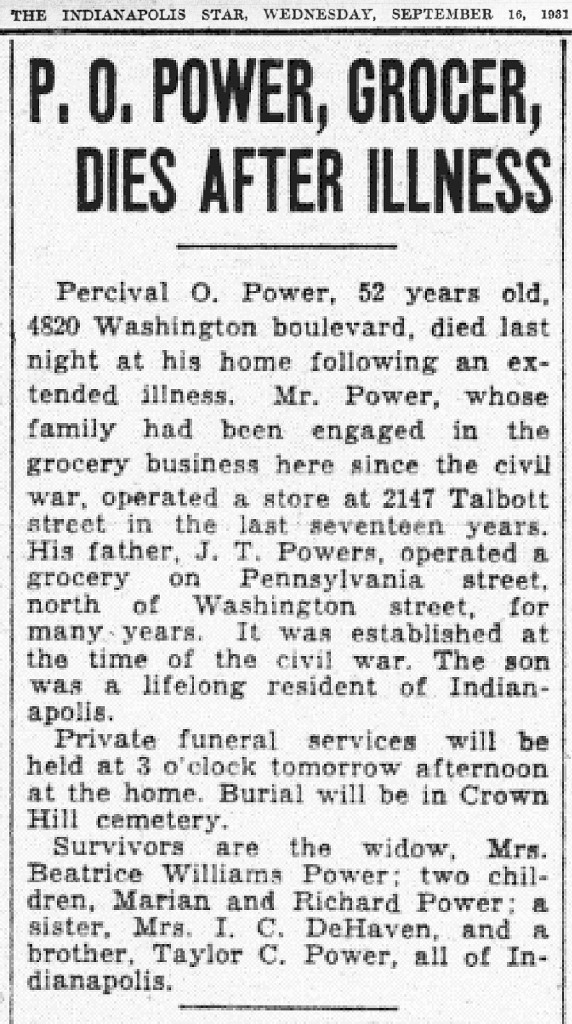 The Power family closed their store in 1961, after more than three decades in the same building and nearly five decades near the same neighborhood corner.  Son Richard W. Power (1915-1977) and daughter Marian Power Slater (1911-1986) both retired to Florida.  While Percival died at the relatively young age of 52, his widow lived to the age of 89, their son to 62, and their daughter to 75.  Three generations of the Power family are buried in Lot 739 of Section 48 at Crown Hill Cemetery.

Following the Power family’s 32 years in the building at 2147 North Talbott Street, it became home to the Volunteers of America Thrift Store for about six years. 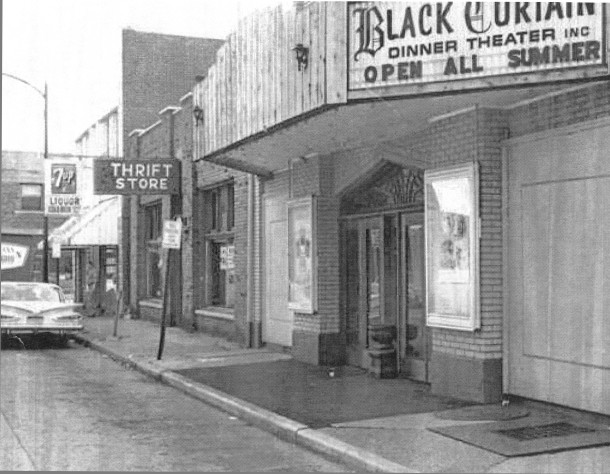 From 1969 to 1982, the former O. P. Power grocery and the former Talbott Theatre, as well as other nearby properties, were owned by William Randolph Galvin (1940-1994).  Randy and his wife Karen operated the Black Curtain Dinner Theatre in the former movie house and rented out their other spaces.  They also lived a block away on Delaware Street. It was during the period the Galvins were in the area that it gained the moniker of Talbott Village.  A 2012 Historic Indianapolis article discusses some of the other businesses that were in the village here. 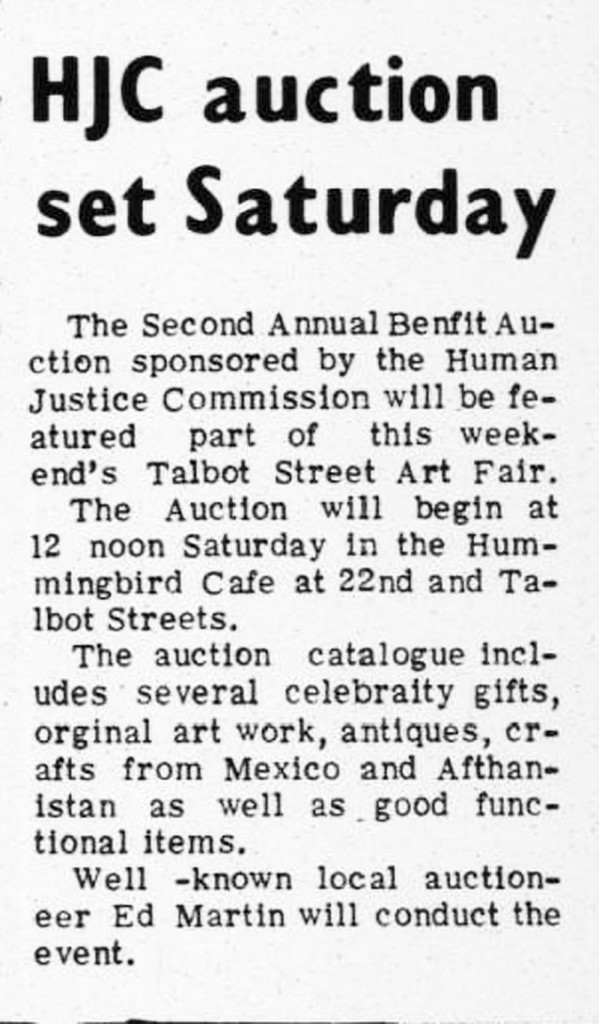 Special events like the HJC benefit auction were held in the Hummingbird  (scan of Indianapolis Recorder, June 6, 1975, IUPUI Digital Archives

One of the most popular groups to perform at the Hummingbird was the Nebulous Players.  The trio was made up of the extremely clever and very talented Jack O’Hara, Gayle Steigerwald, and Pat O’Hara. 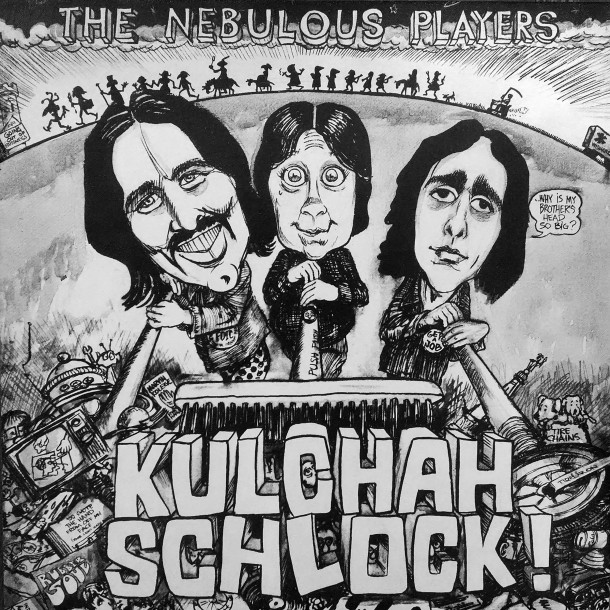 The Hummingbird Café closed its Talbott Village location in 1979.  The Hummingbird reopened in 1981, under new owners Phil and Carolyn Webster and Steve Magers, in a new location on the southwest corner of 71st Street and Keystone Avenue. 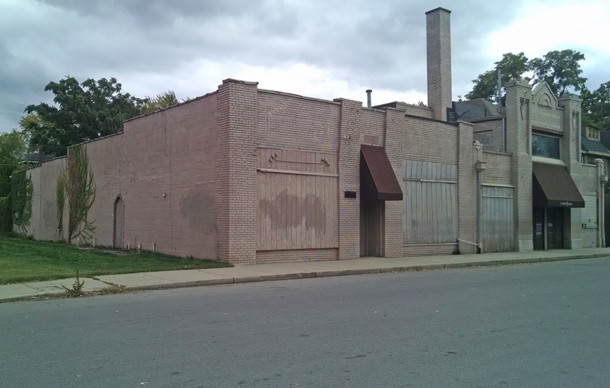 Readers who have memories of any of the businesses that have been located in the POWER property at 2147 N. Talbott Street are encouraged to leave comments following this article. 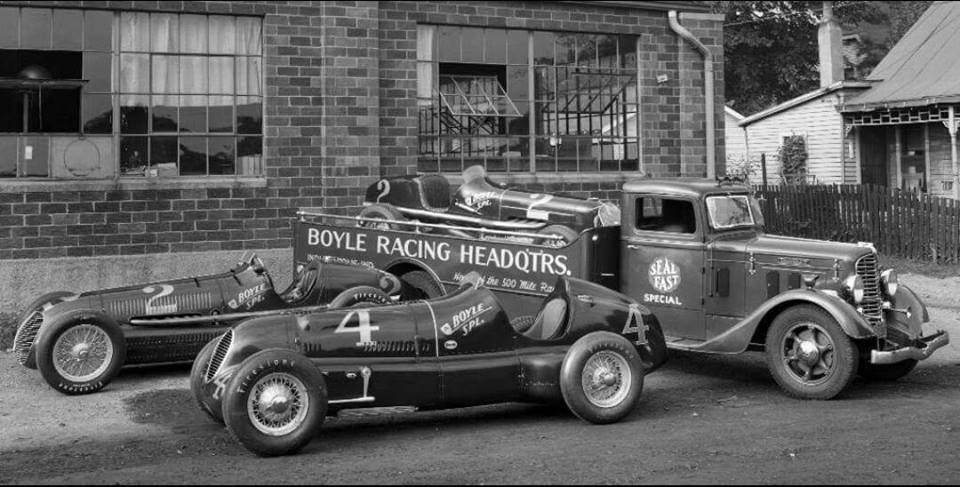