I’d love to know what Beach & Arthur, Inc. was, which was located in an industrial building at 2906 Columbia Avenue.  ~ Jeff C., Indianapolis

The deserted looking building at 2906 Columbia Avenue belies the many years of productive service the property provided to the community in years past.  The structure, which is nearly a city block long and backs up to the Monon Trail, was the site of a number of different businesses for nearly a century. 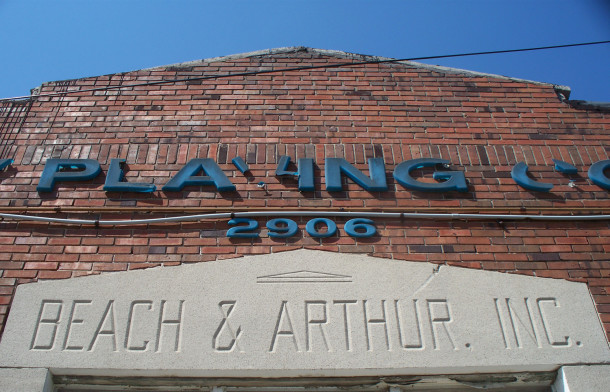 From about 1910 to about 1923, W. S. Bennett & Company operated a storage and hauling business on the unimproved land.  The proprietor’s ads advertised its proximity to the Lake Erie & Western Railroad (known in later years as the Nickel Plate RR and the Monon RR).  A small structure on the property housed a blacksmith and wagon shop, but otherwise the site was a large open yard in which materials were stored while awaiting a train to transport them elsewhere or a horse-drawn wagon to deliver them locally. 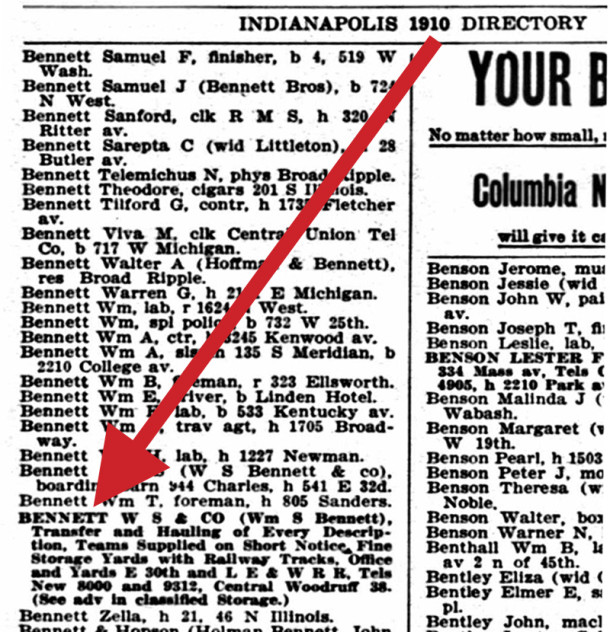 The 1910 Indianapolis City Directory lists W. S. Bennett & Co. at the location that would eventually be known as 2906 Columbia Avenue

In 1923, owner William S. Bennett moved his company twelve blocks north to another spot along the L E & W R R tracks at 52nd and Winthrop Avenue.  The Spickelmier Company took over the Columbia Avenue site in the late 1920s, initially following Bennett’s lead of providing storage and hauling.  Spickelmeier then transitioned into fuel and later into cement block production, changing its name to Spickelmier Fuel and Supply Co.  It too then moved north to 52nd Street at the Monon Railroad, making the vacant land in the 2900 block of Columbia Avenue ripe for development. 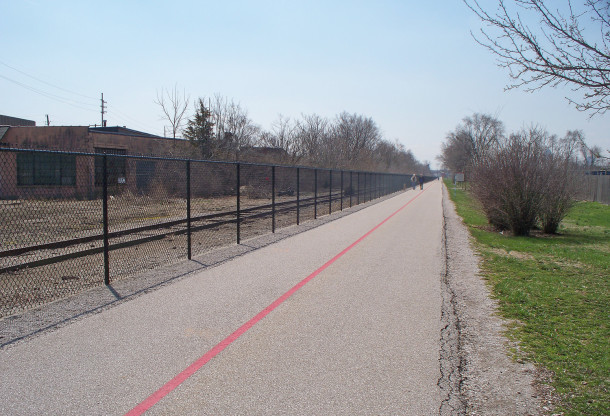 Soon thereafter, Beach & Arthur, Inc., a company founded in 1926 in Paperville, Pennsylvania, decided to build a facility in Indianapolis.  For nearly three years the manufacturing firm had been operating in rented quarters in the McCoy-Garten Building at 221 West South Street.  Their initial site was in the city block where Lucas Oil Stadium is located today. 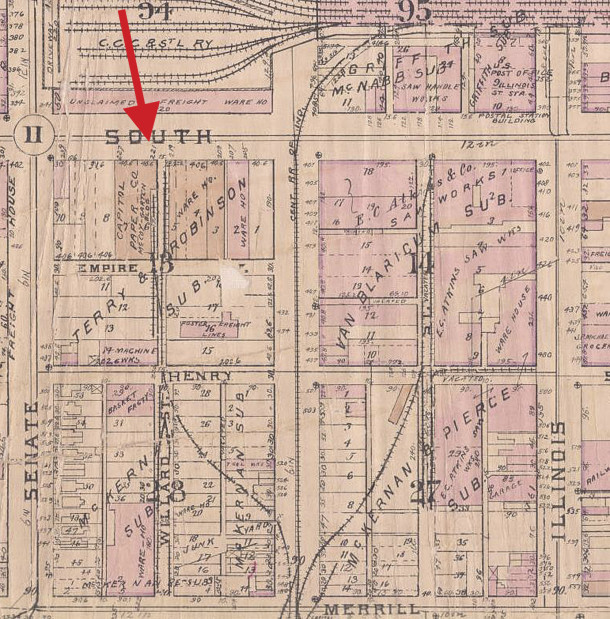 The Chester County, Pennsylvania town in which Beach & Arthur, Inc. originated, Paperville, was first named Modeville after William Mode, who founded the town in 1813.  When a railroad station was built in Modeville in the 1880s, and a post office was established in it, the name of the town was changed to Modena.  By the time Beach & Arthur, Inc., was incorporated in 1926, the paper mill industry was so pervasive that the townspeople decided to rename the town Paperville.  Today, the town is once again known as Modena.  At the time of the 2010 Census, the population of Modena was about 500.

1930 Indianapolis News article announced the construction of the new factory and offices of Beach & Arthur, Inc.      CLICK TO ENLARGE

The two partners in Beach & Arthur, Inc. were Richard White Beach (1896-1981) and William Hamilton Arthur (1894-1947).  It is not known why the company was founded in the State of Pennsylvania, since both men had Indiana roots, and both owners resided in Indianapolis and physically operated the Indianapolis plant.  Richard Beach was born in New Castle, Indiana, and married Mary Willitts in Indianapolis.  William Arthur was born in Nashville, Tennessee, but grew up in New Castle, Indiana, and married Lois Ballenger in Indianapolis.  Both women were Hoosiers, as well.

Richard and Mary Beach lived first at 420 East Fall Creek Boulevard (now Parkway) and later at a rural address in Hamilton County.  William and Lois Arthur lived in apartments at 3707 North Meridian Street and 320 East Maple Road (aka 38th Street) and then in homes at 5501 North Pennsylvania Street and 5154 North Capitol Avenue.

The paper products Beach & Arthur, Inc. manufactured in its Indianapolis paper factory were primarily associated with the food industry.  They produced colorful paper plates, cups, napkins, and tablecloths for holidays and special events, as well as disposable cups and boxes for carry-out food. 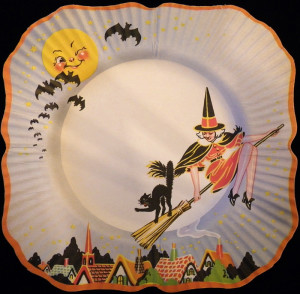 Beach and Arthur applied for patents on several of the products the company manufactured, including the display package for paper napkins and the paper food container shown below. 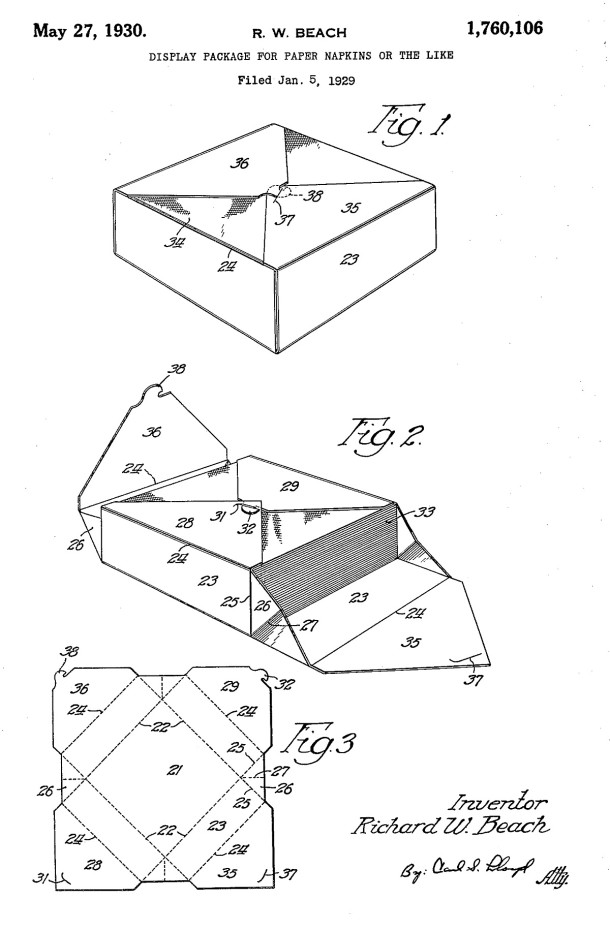 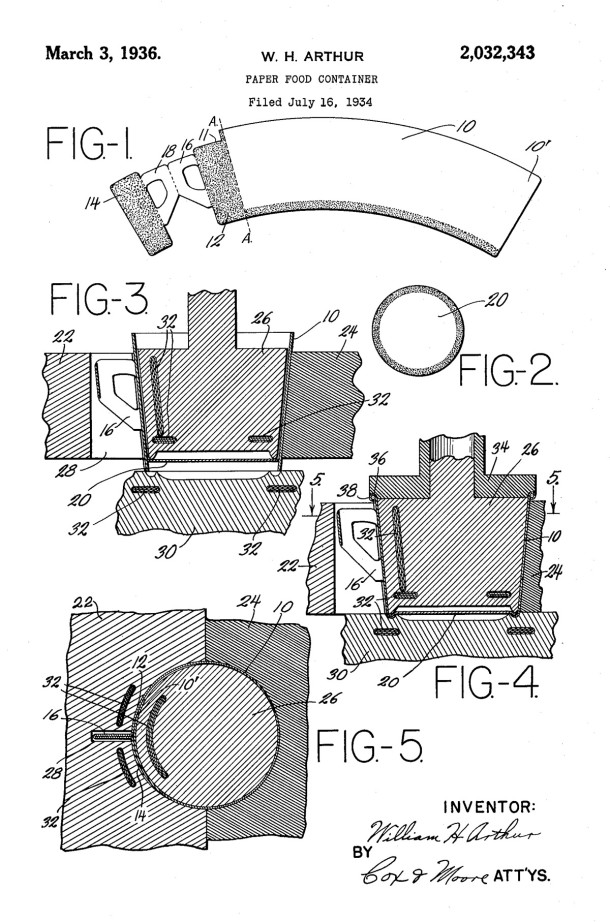 Early in 1938, William and Lois Arthur and their children, Joan and William Jr., moved to an estate in or near Paperville/Modena, Pennsylvania.  Within weeks of their settling into their new home, Mrs. Arthur took her own life.  Reportedly the slump in the stock market drove her to despair. 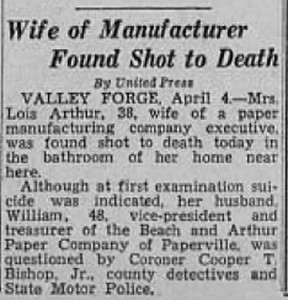 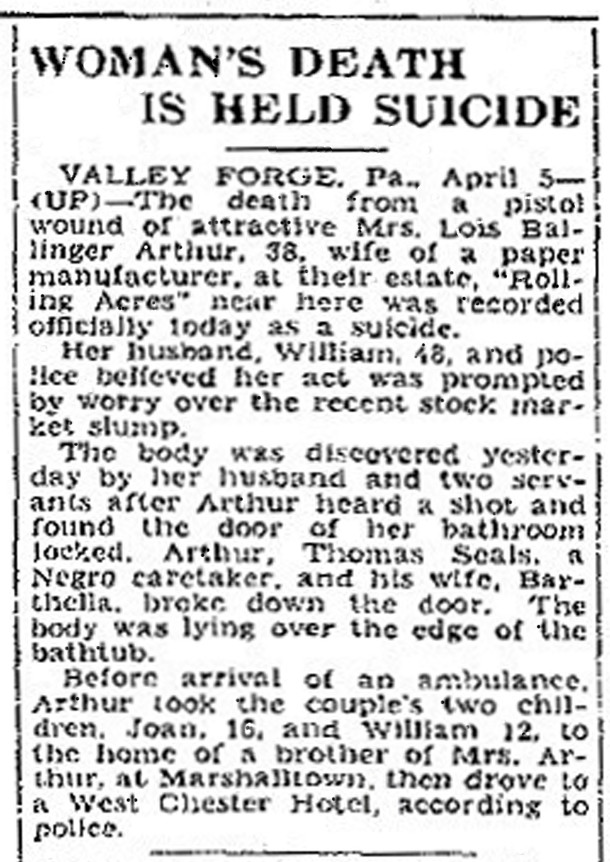 By the time of the 1940 Census two years later, neither William Arthur nor his son, William Arthur Jr., who would have been 15 years old in 1940, can be found.  Daughter Joan Arthur, age 18, appeared on the 1940 Census as a lodger in a residence in Westchester County, New York.  Richard and Mary Beach resided on a farm near Noblesville, Indiana. 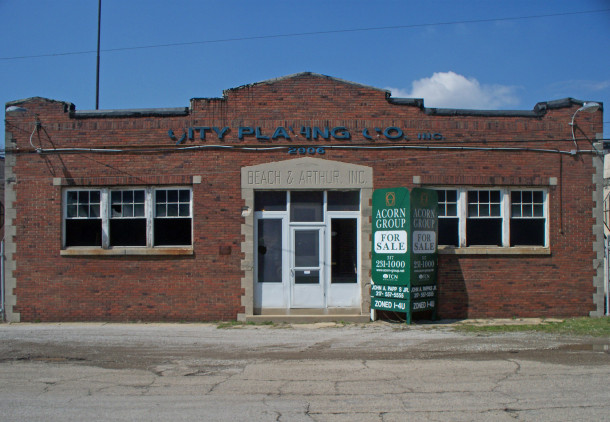 By 1941,  only a decade after completing their new building, Beach & Arthur, Inc. ceased operations in Indianapolis.  Neither Richard Beach nor William Arthur can be found in subsequent Indianapolis City Directories during the remainder of their lives. 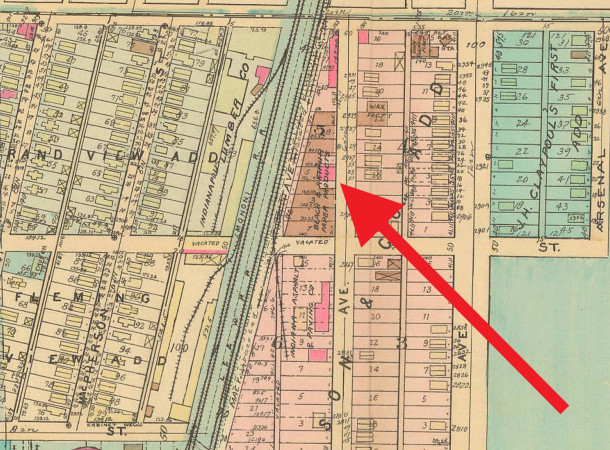 The new owner of the property in the 2900 block of Columbia was farmer, businessman, politician Homer Earl Capehart (1897-1979).  After a few years working at Holcomb and Hoke, manufacturers of popcorn and peanut machines, Capehart resigned to start his own company to produce radios and phonographs.  He cultivated a relationship with the Rudolph Wurlitzer Manufacturing Company, where he had once been a salesman.  Capehart either developed or bought the rights to various devices that improved the jukebox, like the automatic record changer and the push-button wallbox, selling the devices to Wurlitzer. His innovations earned him the title, “father of the jukebox industry.” 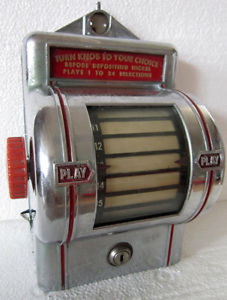 Within a few months after Packard Manufacturing started the production of radios, televisions, phonographs, and coin-operated jukeboxes at 2906 Columbia Avenue, the United States entered World War II.  Capehart converted the plant from the manufacture of entertainment equipment to the production of war materials.  Within a year, Packard was making slip rings for tank and bomber turrets, cartridge slides for M-1 thirty-caliber carbines, and tank battery boxes. 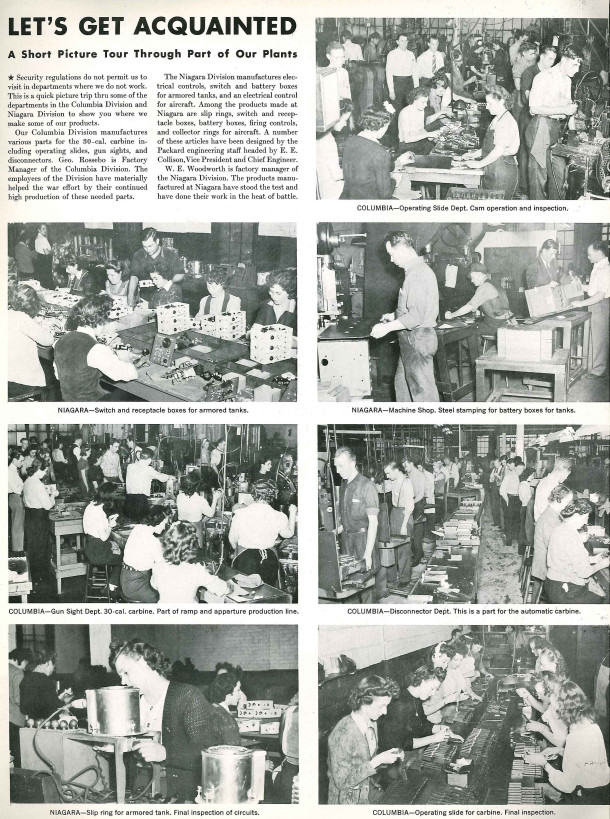 After the war ended in Spring of 1945, the company returned to the manufacture of its originally intended products.  In 1949, Packard moved to new quarters at 113 North Noble Street (now College Avenue).  As Homer had been elected U.S. Senator from Indiana in 1944, he turned over the running of the company to his son Thomas Capehart.  The younger Capehart was president of Packard Manufacturing until his untimely death in a plane crash in Jamaica on January 21, 1960.  His wife Nancy was also killed in the accident. 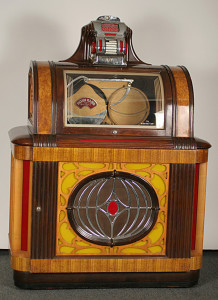 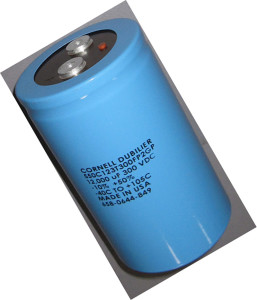 Homer Capehart continued to own the property after Cornell-Dubilier moved on.  Kelly-Springfield Tire Company leased the building as a warehouse from 1962 to 1964.  In 1963, the managers were William S. Jones and John Mitchell.

Present owner William Shank has used the Martindale-Brightwood industrial building for storage in recent years but has decided it’s time to pass it on to a new owner.   The property is currently under contract to be sold.  Preservationists will be pleased to know that the buyer is a developer with a track record of creating unique spaces out of age-challenged buildings.  He has plans for an exciting alternative reuse of the 84-year-old structure that will contribute to the ever-growing economic vitality of the Monon corridor. 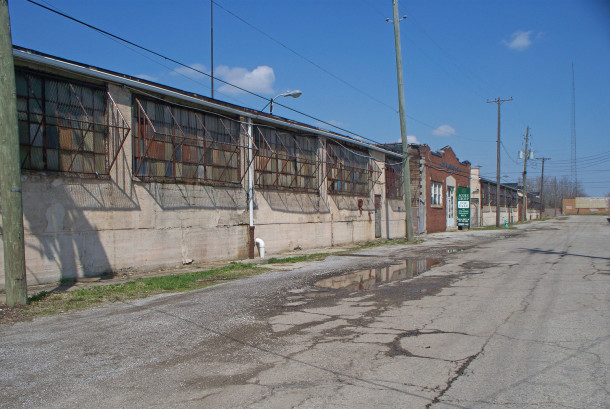 If you have any memories of this building or the companies that have occupied it over the years, please leave a comment below. 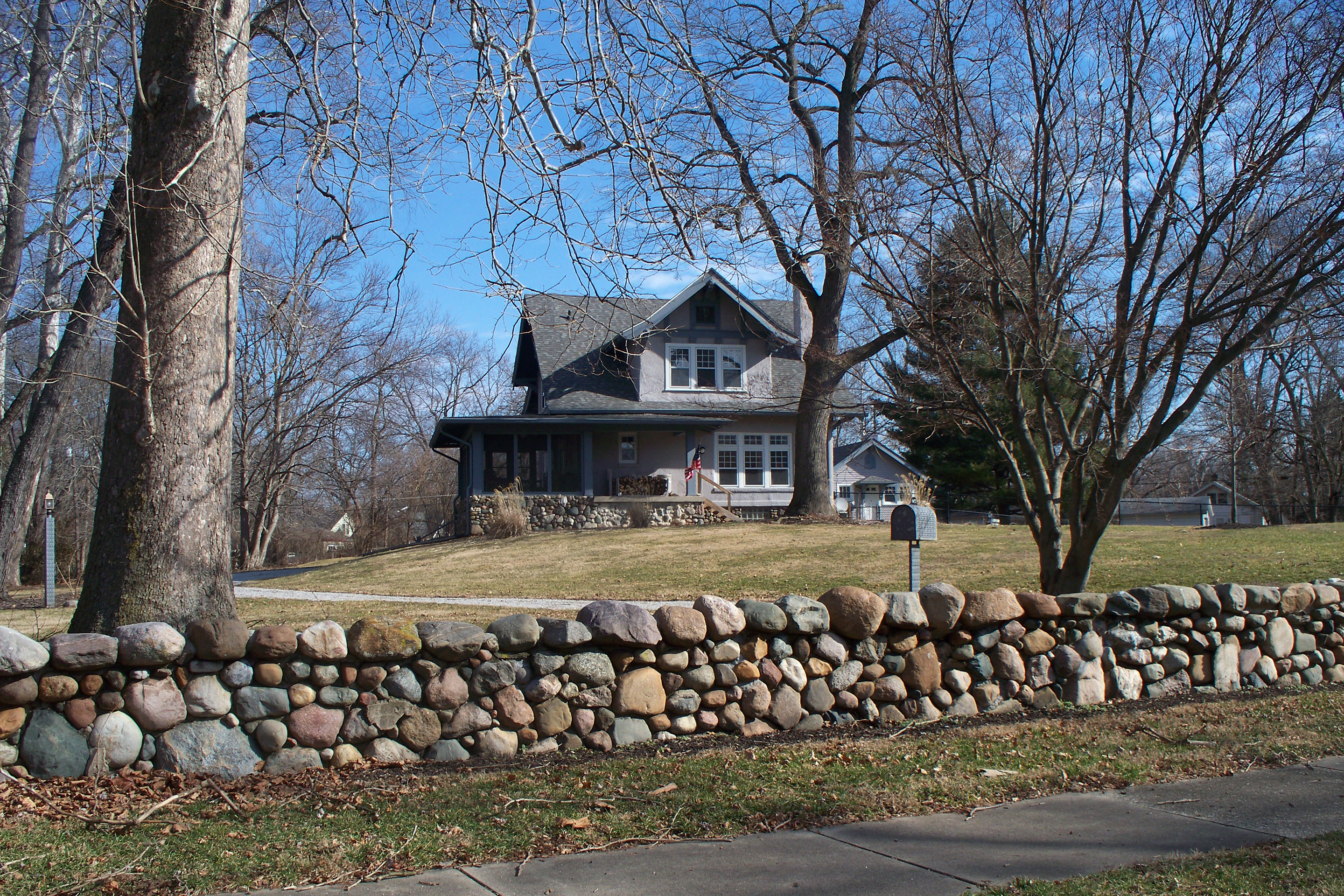