I am trying to find info on what happened to Celtic Saving and Loan Association.  My grandmother had this certificate from 1936 (pictured below).  Thanks, Tom D. 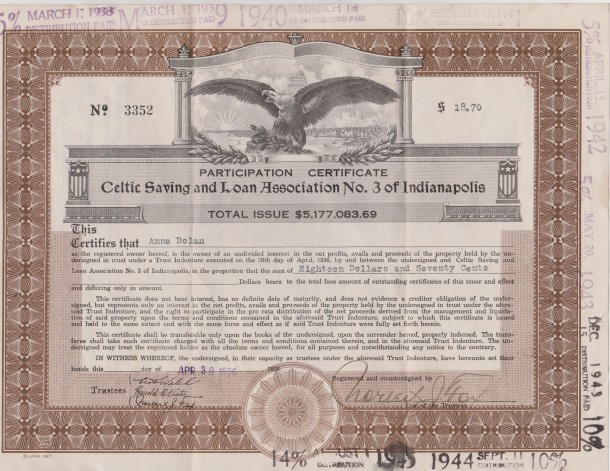 Celtic Saving and Loan Association was the first institution in Indianapolis to finance home building projects.  Founded in the spring of 1874 by a group of men who lived near one another on the south side, some of its original members’ surnames were O’Connor, O’Brien, Moriarty, Rinehan, Donnehy, and Clancy.  As the men were all of Irish descent, they chose the name Celtic to honor the language of their families’ origins.

Organized in a grocery on the corner of S. Delaware and E. South Streets, Celtic began with a few hundred dollars from each of its founders.  Loans to build or repair homes were made to friends and neighbors at reasonable interest rates.  Transactions were initially conducted in a room at the rear of the store.  As the number of people in attendance at association meetings increased, Celtic needed a larger space.

In 1884, the group moved to its second location, a meeting hall at the corner of W. Georgia Street and S. Capitol Avenue, adjacent to St. John the Evangelist Catholic Church .  There association members gathered every Thursday night to make their deposits and hear applicants’ requests for loans.  As Celtic continued to grow, the need for a permanent location and a more structured organization became evident.  In 1888, Celtic Saving and Loan Association Number 3 was established.  The first person chosen by the members to lead the association was John Richard Welch (1856-1934). 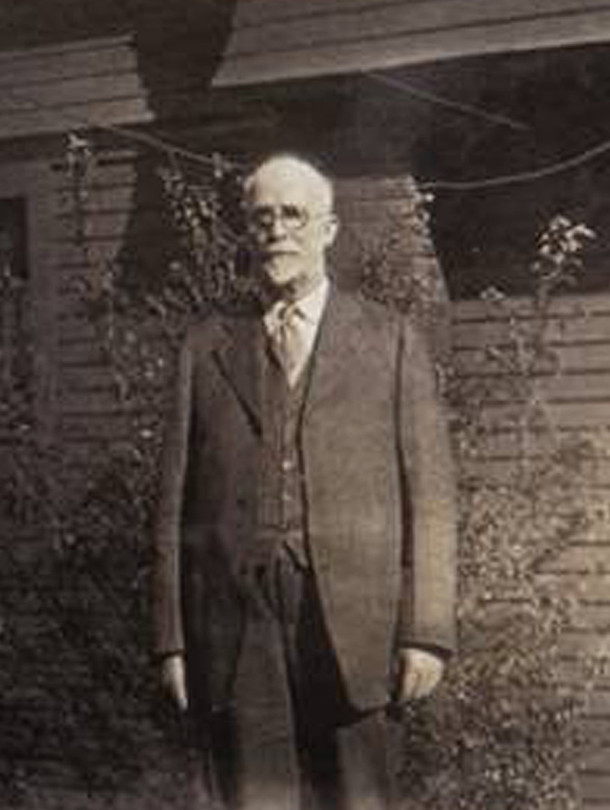 John R. Welch was born in the small town of Warsaw in Gallatin County, Kentucky, just across the Ohio River from the southeast corner of Indiana.  His parents, Thomas and Ann Welch, had immigrated to the United States from Dublin, Ireland, less than a year before his birth.  When John was 18, the family came north to Indianapolis.  Their first residence was on Blake Street, just north of Washington Street and west of Military Park. 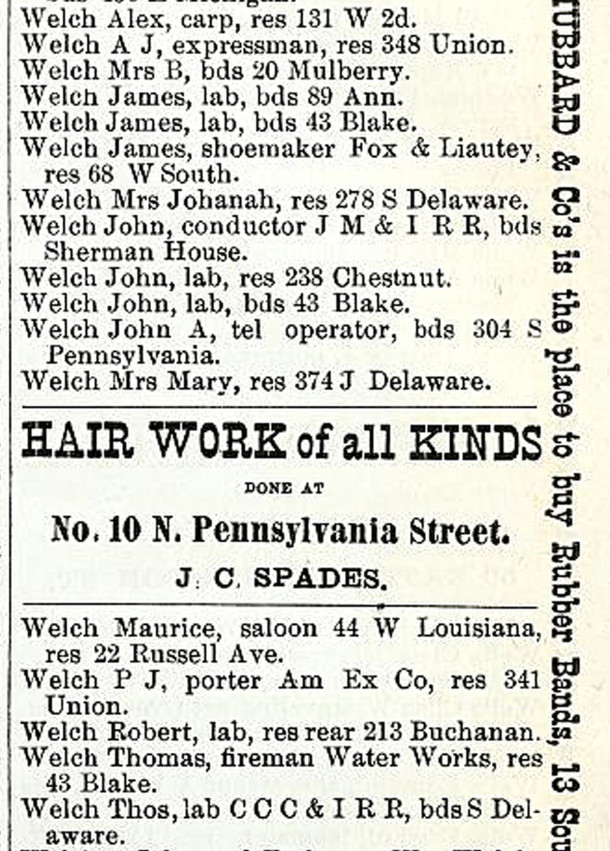 Over the next few years, John Welch worked as a laborer for the Indianapolis Water Company, Kingan & Company Meat Packers, and Woodburn-Sarven Wheel Co.  Desiring the education and qualifications that would provide him with better employment, Welch took night classes at a commercial college after his work day ended.  He also invested some of his earnings in Celtic.  When the newly reorganized Celtic Savings and Loan Association moved into its new office space at 52 Monument Place (now Monument Circle), John R. Welch opened his eponymous real estate and insurance business in the same building. 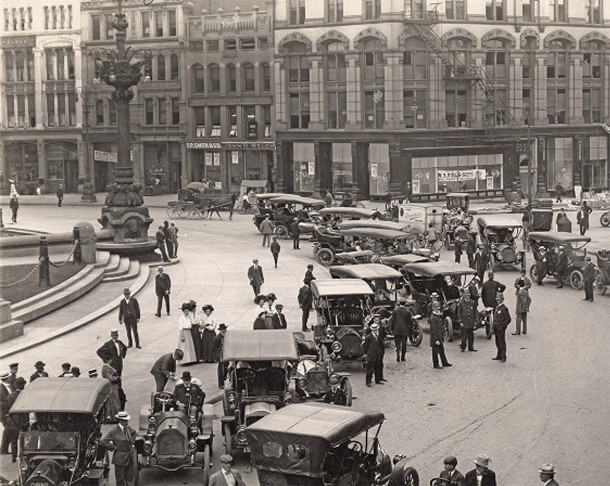 From 1888 to 1923, Celtic Savings and Loan Assn. and the John R. Welch Company were both located at 24 Monument Place    (photo courtesy of Bass Photo Company Collection, Indiana Historical Society)          CLICK TO ENLARGE

Celtic Savings and Loan Association operated from its offices in the southwest quadrant of the Circle for thirty-five years.  In 1923, the building was sold to the heirs of Charles Test, who demolished it and the building next door to it.  The Test Building was then erected on the corner of W. Market Street and Monument Circle.  The mixed-use structure was considered very innovative, as it included one of the earliest parking garages in Indianapolis, the Circle Motor Inn.  Both Celtic and John R. Welch Co. relocated one block north of the Circle to 23 W. Ohio Street in 1923, where it would remain for the next thirty-five years.  It was located between N. Meridian Street and an alley mid-block known as Bird Street.  In 1969, that portion of W. Ohio Street became the site of a Hilton Hotel.  Today it is a Sheraton Hotel. 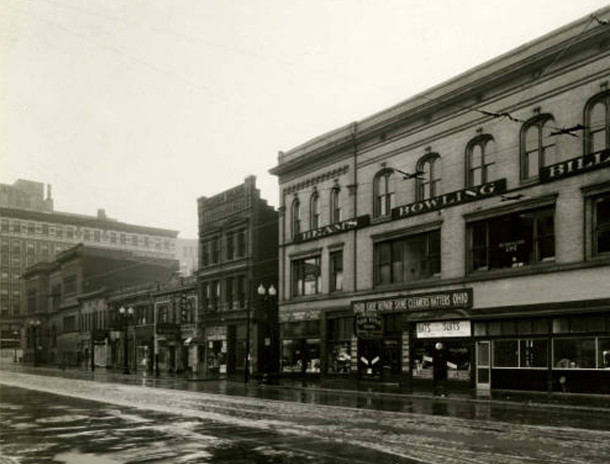 In 1934, John R. Welch passed away, whereupon his oldest son Leo Francis Welch, Sr. (1893-1956) assumed the leadership of Celtic.  Leo was president for more than twenty years.  During the years Leo led Celtic, it added the word “Federal” to its name, and an “s” to the word “saving.” 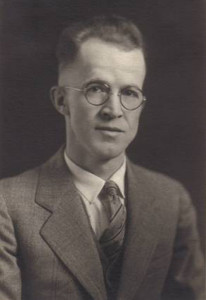 Following Leo’s death, his son, John Richard Welch (1923-1989), became the third generation of the Welch family to preside over Celtic’s operations.  In 1959, Celtic Federal Savings and Loan Association moved to new quarters in the Union Title Building on the southwest corner of N. Delaware and E. Market Streets.  Within a few years of Celtic’s move to 163 E. Ohio Street, the practice of mergers had begun to occur.  Smaller institutions simply could not compete with their larger competitors, especially after legislation permitted savings and loan associations and commercial banks to establish branches in contiguous counties.  Celtic had never had more than its one location, downtown, and it was not economically feasible to begin building suburban branches at that time. 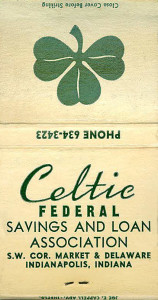 In 1966, Celtic made the decision to merge with First Federal Savings and Loan Association.  First Federal was a relative newcomer in the S & L arena.  Founded in 1934, it had grown to six branches by the Sixties.   Celtic closed its doors on December 19, 1966.  Its employees moved over to First Federal’s main branch at 1 N. Pennsylvania Street and were absorbed into the First Federal staff.  John R. Welch became Senior Vice President of First Federal.  After retiring from First Federal, he was a real estate broker for a few years.  He passed away in 1989. 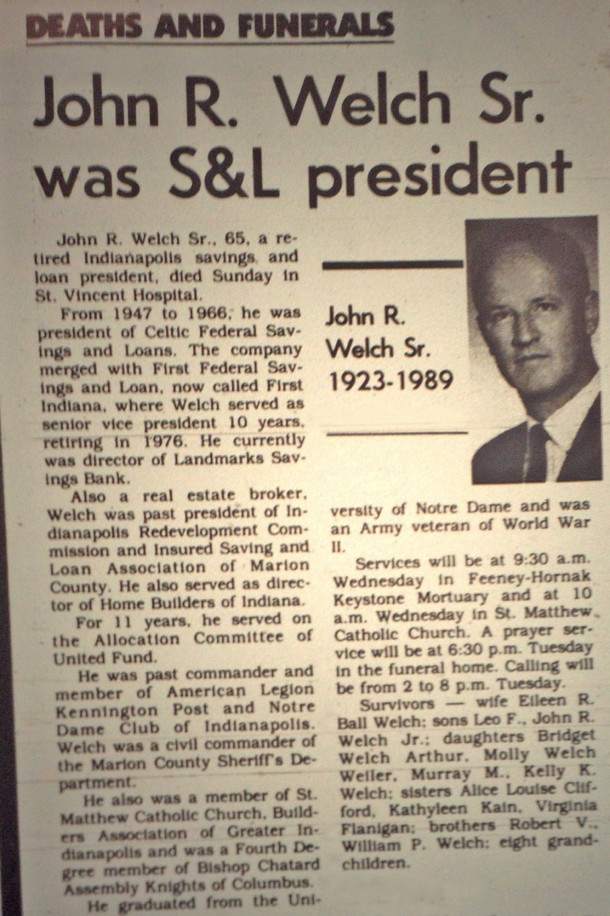 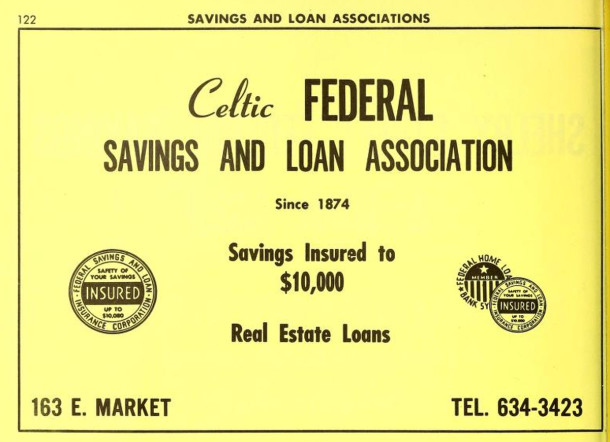 Eventually, First Federal became a commercial bank, called First Indiana.  It was acquired by Wisconsin-based Marshall & Isley aka M&I in 2008, and then by BMO Harris Bank of Montreal in 2011. 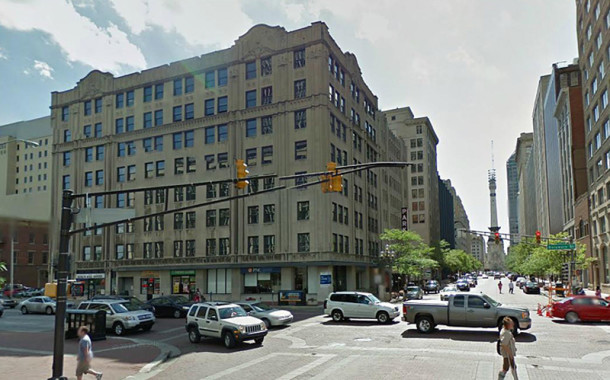 The final location of Celtic Federal Savings and Loan Assn. was at 163 E. Market St., across from the City-County Building  (2011 Google map)