Someone told me that the Kroger at 16th and Central was the first Kroger store in Indianapolis. Is that true? LOL. ~ Lynn Molzan, Old Northside

I assume you are referring to the Kroger store at 524 East 16th Street.  By its legal description, that store is actually on the northwest corner of East 16th Street and Park Avenue.  The grocery opened on November 7, 1962.  It was not the first Kroger store in Indianapolis. 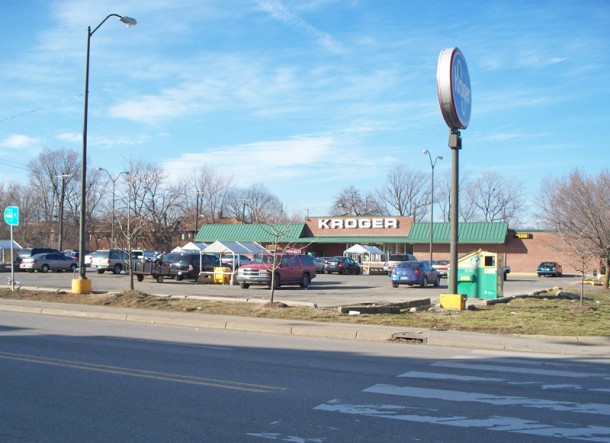 The Kroger Grocery and Baking Company opened its first stores in Indianapolis in April of 1924, which was more than thirty-eight years prior to the opening of the store at 16th and Park.  Kroger’s entry into the Indianapolis market was the result of the decision by founder Bernard Henry Kroger (1860-1938) to expand his Cincinnati-based company into other markets. Being adjacent to Ohio, Indiana was a logical choice for expansion.

Interestingly, no single location was Kroger’s first store in Indianapolis. Due to Kroger’s acquisition of an already existing chain of stores, Kroger was able to enter the Indianapolis market with 72 neighborhood groceries simultaneously becoming Kroger stores.  The numerous locations of the Kroger Grocery and Baking Company have been listed in Indianapolis City Directories since 1925.

The Indianapolis News announced the acquisition of Childs Grocery Stores by the Kroger Grocery and Baking Company (scan courtesy of newspapers.com)

Since 1925, Kroger Grocery and Baking Company stores have been listed in the Indianapolis City Directories, as illustrated below. 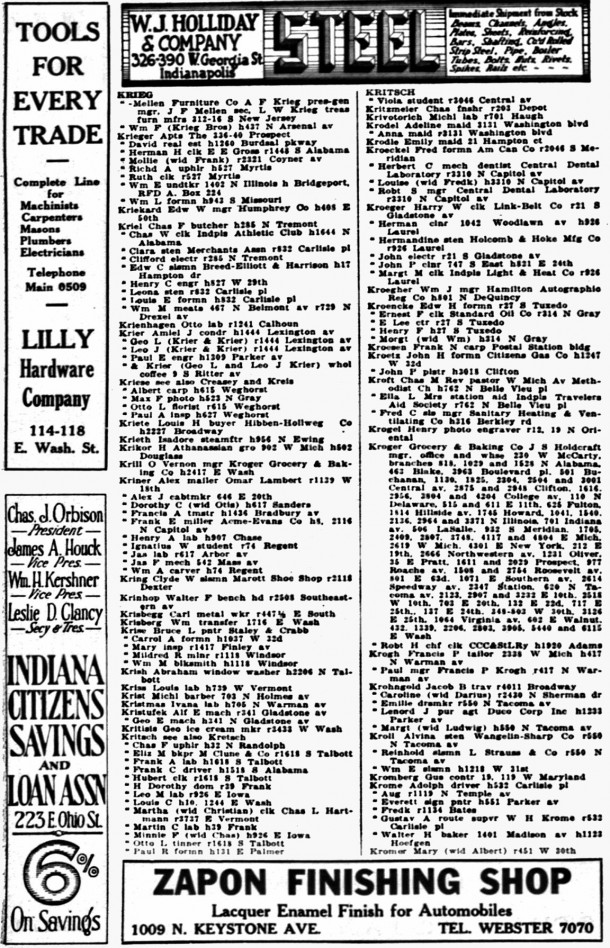 The Childs Grocery Store chain was owned by David Parrington Childs (1876-1937). The Philadelphia-born businessman had previously had experience in such an enterprise.  Childs and his older half-brother, Samuel Canning Childs (1859-1932), had been partners in a Childs Grocery Store chain in Pennsylvania, New Jersey, and Maryland. The Childses had grown their company to 268 stores, which they sold in 1917 to the American Stores Company, which included the ACME Tea Company.  Canning Childs, who was fifteen years older than David Childs, took his share of the proceeds and retired.  David Childs, who was only 40 years old at the time, wanted to reinvest his money in another similar venture. There was a non-compete clause in their sale to ACME, so David Childs had to leave his home in the east and go to another part of the country to start up another grocery business. He chose Indianapolis. 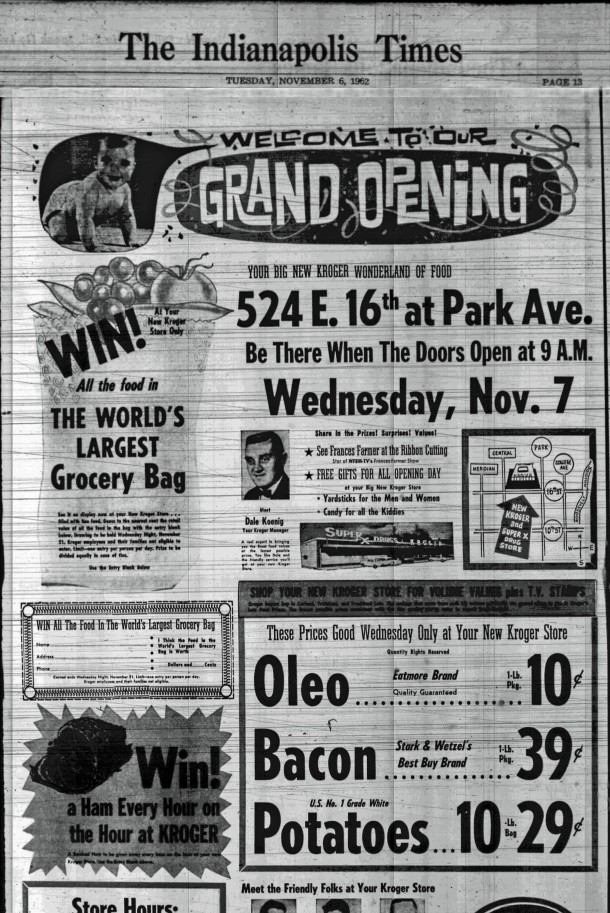 Indianapolis Times newspaper ad on November 6, 1962, promoted the opening of the Kroger store at 524 E. 16th Street  (CLICK TO ENLARGE)

David Childs moved to Indianapolis about 1919. The family’s first home was at 624 West Drive in Woodruff Place. Within a year, Childs built a new home at 3068 Fall Creek Boulevard East (now called Fall Creek Parkway North Drive). There Childs and his family lived for only four or five years.  After selling the Childs Grocery Stores to Kroger, David Childs returned to New Jersey, where he and many other relatives had resided prior to his moving to Indianapolis.

However, David Childs did retain ties to Indianapolis.  His oldest son, Canning Rogers Childs, Sr. (1906-1982), returned to Indianapolis in 1934 to marry his former Fall Creek Boulevard neighbor and childhood sweetheart, Catherine Frances Jose (1910-1969).  Members of the Jose family were developers of several Indianapolis neighborhoods.  Canning and Catherine (Jose) Childs resided in Indianapolis for the rest of their lives, raising their children at 3771 Watson Road, near the homes on Fall Creek where they had first met as children.  Canning and Catherine’s descendants now reside in other states.

Regarding the site of the Kroger store at 534 E. 16th Street, that property was formerly the location of a wonderful single-family residence until just a short time before the supermarket was built in 1962.  As the house was built facing east, it had a Park Avenue address, rather than the 16th Street address of the Kroger store.  In the first year or two of the 1900s, George and Cornelia (Schirmer) Alig built a home on that site.  George Johann Alig, Sr. (1852-1941), was born in Switzerland and came to the United States in 1871. He owned the Home Stove Co. The Aligs resided at 1608 Park Avenue for nearly half a century. After the Aligs’ deaths, and before the Kroger store was built in 1962, the erstwhile home was used as a VFW Post for a few years. 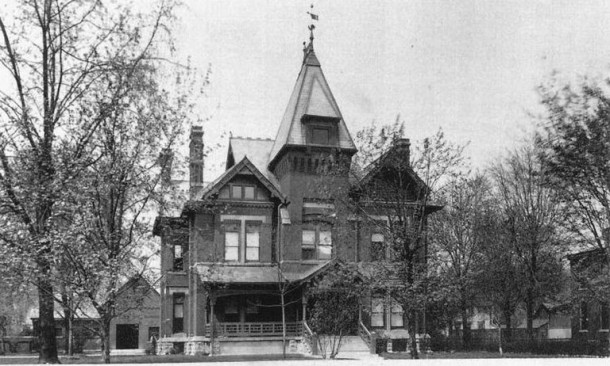