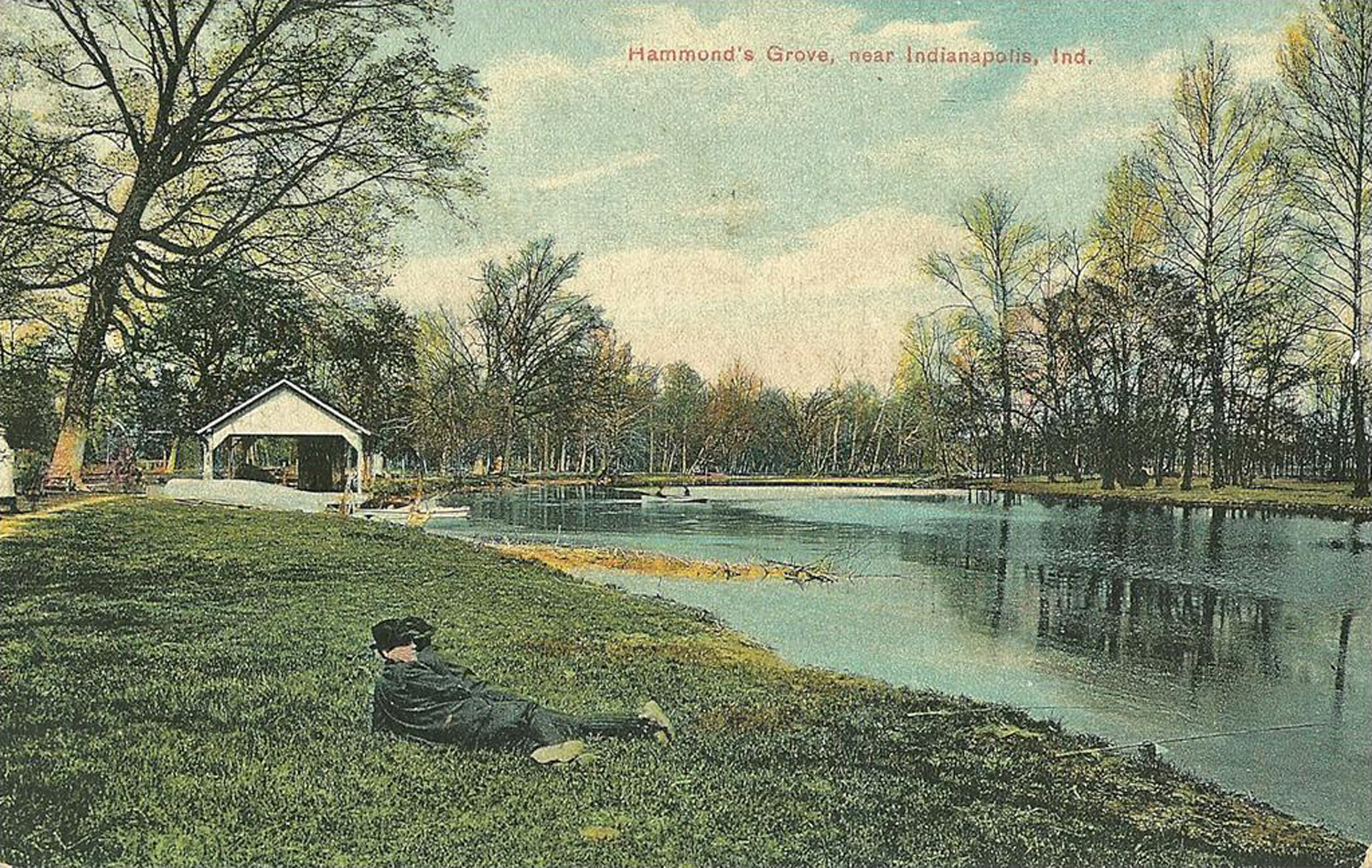 Over the years, I’ve picked up a couple of postcards showing “Hammond’s Grove.”  Can you tell me what this place was and where it was located?  ~ Evan Finch, Indianapolis

The name “Hammond’s Grove” was derived from the surname of an early Washington Township family who owned the land on which there was a recreational area in the late 1800s and early 1900s.  It was a popular destination for picnics, boating, fishing, family reunions, socials, and other such outdoor gatherings.  “Hammond’s Grove” was alternately called “Hammond’s Park.”

Landowner Thomas Coke Hammond was born in Charlestown, Indiana, in 1826.  His father was Methodist minister Rezin Hammond (1788-1871), who first migrated from Frederick County, Maryland, to Clark County, Indiana, in about 1820.  The elder Hammond then purchased 400 acres of land in Washington Township of Marion County.  Rezin Hammond is listed in several history books as the first minister to preach a religious service in the newly established City of Indianapolis, which occurred at an outdoor gathering near the White River in 1821. 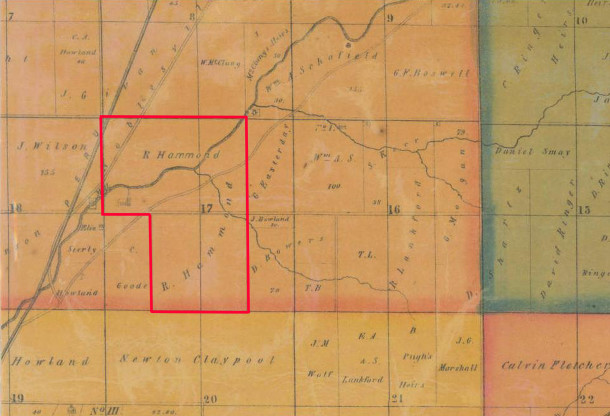 Thomas Hammond married Martha Anna Richmond on January 25, 1870.  Some time after his father’s death in 1871, Thomas either inherited or purchased 246 acres of land that was previously owned by Reverend Rezin Hammond. 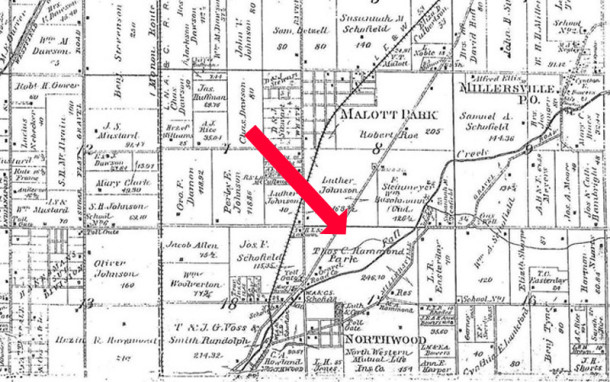 The nearest town to Thomas and Martha Hammond’s property was Millersville, located at the northeast end of a toll road  (Excerpt from the 1889 Atlas of Washington Township of Marion County, Indiana, courtesy of the Indiana State Library)   CLICK TO ENLARGE

At that time, the official boundaries of the City of Indianapolis were still entirely within Center Township and did not extend as far north as Washington Township, so it’s difficult to find many documents to confirm the exact details.  Thomas Hammonds’ land was roughly bounded by 40th Street on the south, 46th Street on the north, Keystone Avenue on the west and Sherman Drive on the east.  Fall Creek flowed diagonally through the Hammond acreage from the southwest to the northeast.  The Millersville Gravel Road ran more-or-less parallel to the east bank of the creek’s path.  The town of Millersville was about a mile northeast of the edge of the Hammonds’ land.

On Oct 27, 1899, contracts were awarded by the City of Indianapolis to construct a bridge over Fall Creek that would make the Millersville Gravel Road more accessible.  The toll road passed right through Thomas Hammond’s property as it made its way northeast to the town of Millersville.  Hammond’s Grove became a popular destination for city folks to get out into the country, without having to travel very far from town.  Other recreational places also existed on the White River in the same time period — like Fairview Park (now the campus of Butler University), Huffman’s Grove (now the Warfleigh neighborhood), and Ravenswood (still known as Ravenswood), but those locations were all farther away from downtown.  Hammond’s Grove was just beyond the city limits, which at that time was Maple Road (later also known as 38th Street). 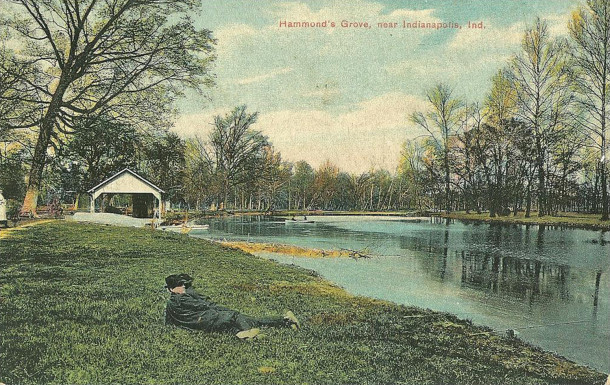 In Indianapolis City Directories prior to 1913, Hammond’s Park is listed as being on the northeast corner of Baltimore Avenue and Fall Creek, which is on the southeast side of Fall Creek.  Indianapolis City Directories after 1912 list Hammond’s Park as being on the northeast corner of Keystone Avenue and Allisonville Pike, which is on the northwest side of Fall Creek.  These locations are on opposite sides of the creek, which is confusing.  Either the descriptions were not precise or the location of the park may have changed over the years. 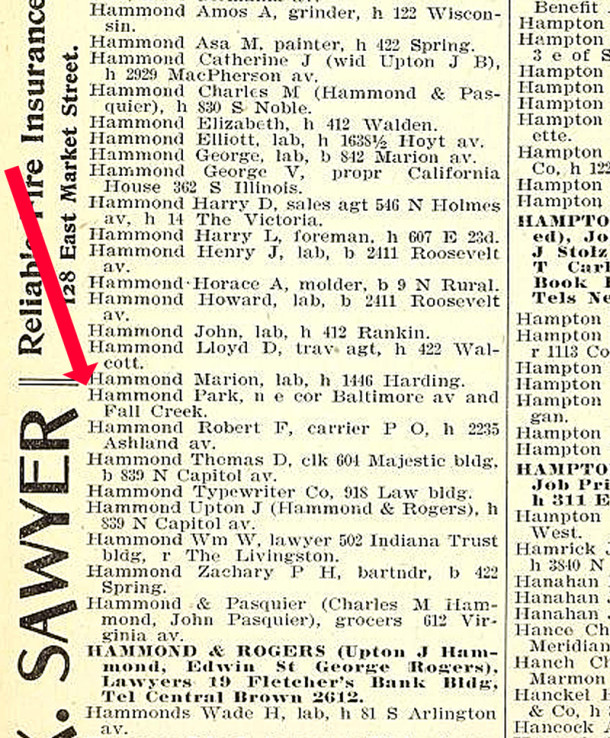 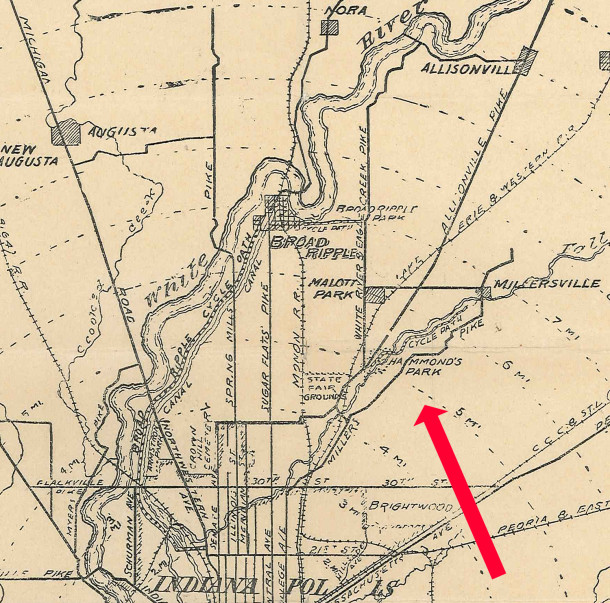 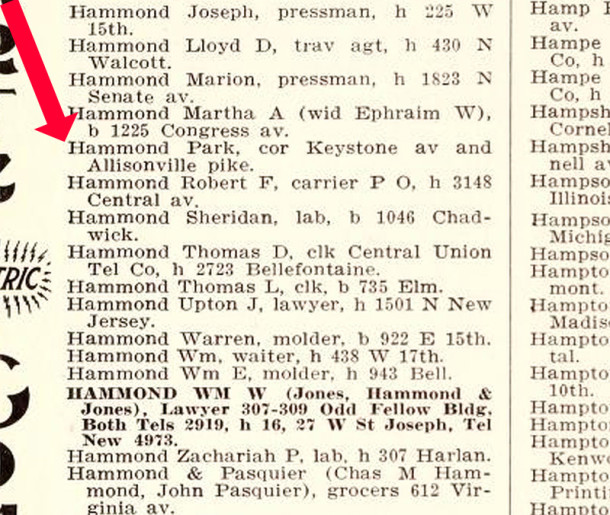 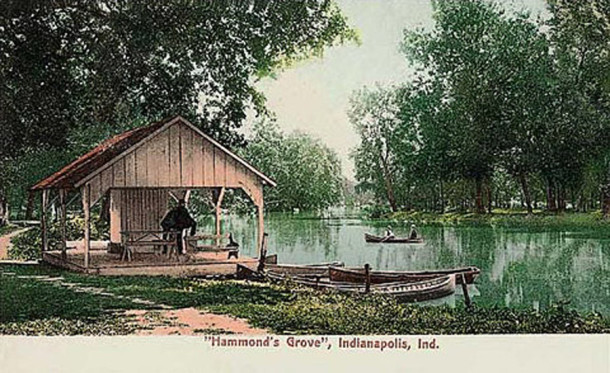 The last of the Hammond family’s residences is still standing at 4221 Millersville Road.  The original Thomas Hammond homestead burned at some point.   It was reportedly a large, two-and-a-half-story structure.  After the fire, the Hammonds built a smaller home on the same foundation as the original home.  That home is directly across the street from the former location of Roberts Dairy at 4201 Millersville Road.  William H. Roberts started a dairy and home delivery service in 1877.  Generations of the Roberts family operated the business for more than a century before it closed its doors in 1987.

Thomas Hammond, his wife, his sons, and their wives are buried in the Fall Creek Union Cemetery at 4110 Millersville Road.  According to a historical marker erected on the grounds, the cemetery was established in 1836 by the Ebenezer Lutheran Church, which occupied this spot until 1986.  The names and dates of interments in the churchyard can be viewed here. 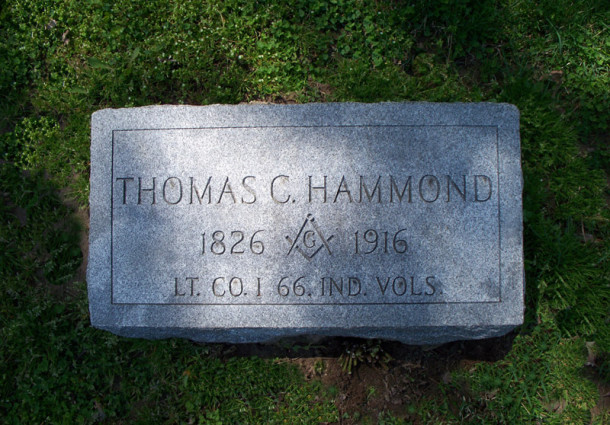 About five years after the death of Thomas C. Hammond, his son Thomas D. Hammond ran a newspaper ad to sell Hammond’s Park.  It would appear that a portion of the former Hammond’s Grove became the Town & Country Shopping Center.  Other portions of that tract of land became apartments and office buildings. 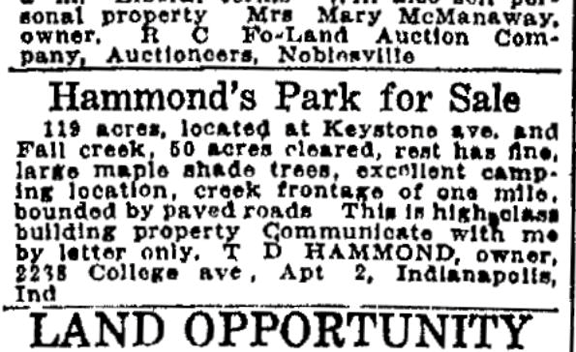 Classified ad that appeared in The Indianapolis Star on December 30, 1921

Although no park as large as the former Hammond’s Grove remains in that vicinity today, there is the IndyParks Fall Creek Trail that parallels the waterway.  Part of the Greenways system, the Fall Creek Trail runs from Skiles Test Nature Park on the north to the Monon Trail on the south, a distance of just under 7 miles.  Some of the trail was likely part of the Hammond family’s land at one time.