The columns at the City Market have the name “Hetherington & Berner” imprinted on them.  Did that company help build the facility?  What is their story? ~ John R., Indianapolis

In the early years of its operation, the Indianapolis City Market provided only simple market stalls for its vendors.  In 1886, the architectural firm of D. A. Bohlen & Son designed a larger, sturdier, much more impressive brick building with stone trim for the city’s main public market.  Among the companies that collaborated on the construction of the new facility was the iron foundry of Hetherington & Berner. 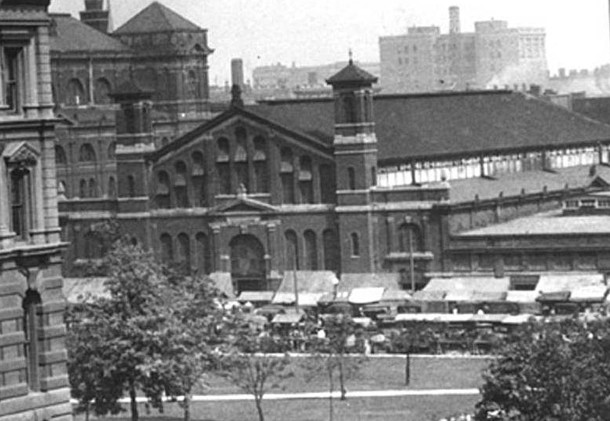 The iconic Indianapolis City Market as it appeared in the summer of 1924, thirty-eight years after it was first constructed    (W. H. Bass Photo Company Collection, courtesy of the Indiana Historical Society)       CLICK TO ENLARGE

The interior of the Indianapolis City Market was supported by a system of both cast iron and wrought iron columns and trusses, which were fabricated by Hetherington & Berner.   At least two dozen of the cast iron poles that support the structure’s framework are embossed with the name of the manufacturer. 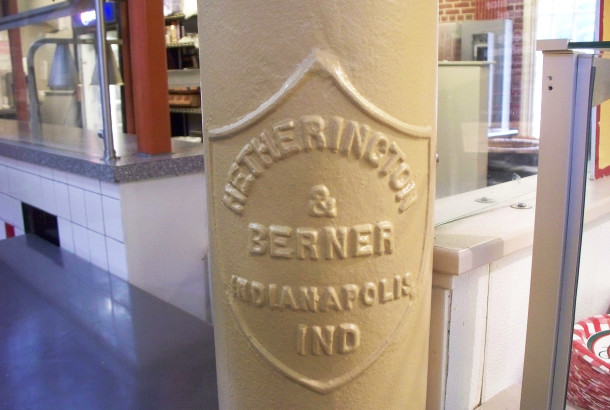 Benjamin Franklin Hetherington (1828-1906) was born in Carlisle, Cumberland County, England.  His grandfather was a member of the British parliament.  His father died when Benjamin was twelve years old.  A year later, his mother moved the family to the United States and settled in Massachusetts.  When he was nineteen, Hetherington apprenticed himself to a machinist in Cincinnati.  When his co-workers went on strike a couple of years later, he did not wish to participate, and Hetherington moved to Indianapolis.  He was employed by several local foundries, as well as the Indianapolis, Cincinnati, & Louisville Railroad (IC&LRR), before finally opening his own shop in 1866.  Hetherington was active in Republican politics, Knights of Honor, and the Indianapolis Board of Trade.  At the time of his death, his residence was at 2032 North Alabama Street, in what is now the historic Herron-Morton Place neighborhood.  In about 1912, the 2032 address was reunumbered to 2052 North Albama Street.  The home still exists today. 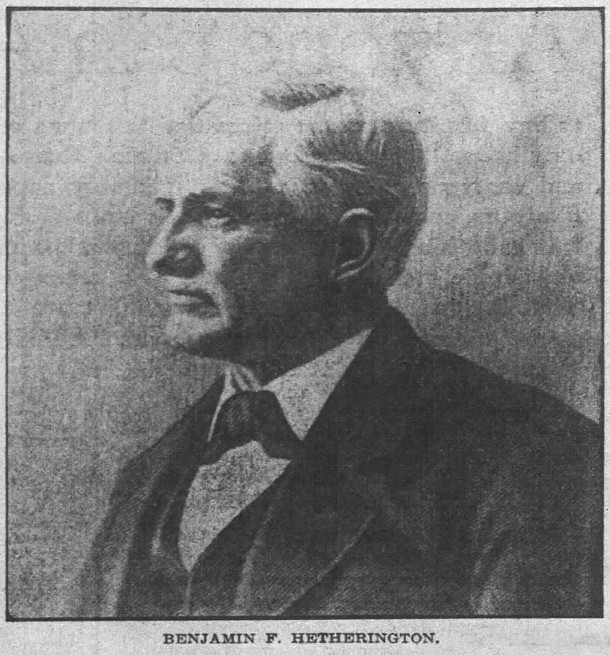 The Indianapolis News published this photo of Benjamin F. Hetherington above his 1906 obituary

In 1867, Hetherington formed a partnership with another machinist who had also worked in Cincinnati before moving north to Indianapolis.  Frederick Berner (1832-1901) was born in Prussia and came to this country in 1854.  Berner was active in the South Side Turnverein and German Pioneer Association.  He was one of the founders of a school that eventually became Manual Training School and later still, Emmerich Manual High School.  Berner’s home was at 624 Union Street, which was near McCarty Street and Madison Avenue.  His home no longer exists, as that site is adjacent to the on ramp to Interstate-70 West.

An ad for Hetherington & Berner Company that appeared in the Indianapolis News in 1874   (scan courtesy of newspapers.com)

Hetherington & Berner’s first plant was located on West South Street, between Meridian and Illinois Streets.  It was across the street from a popular hotel originally called the Tremont House, which today is the city’s oldest continuously operating bar located in its original building, the Slippery Noodle Inn. 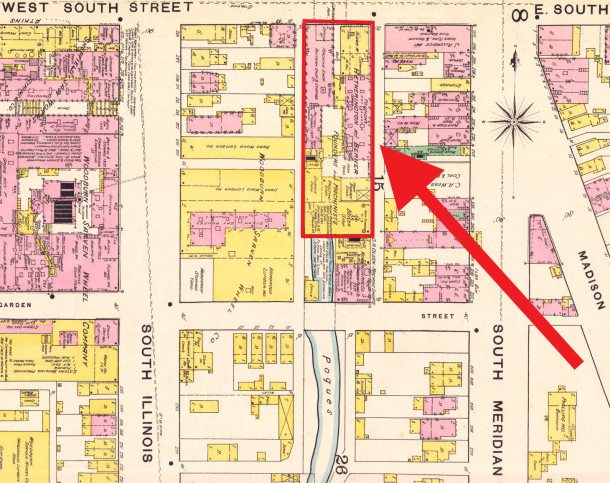 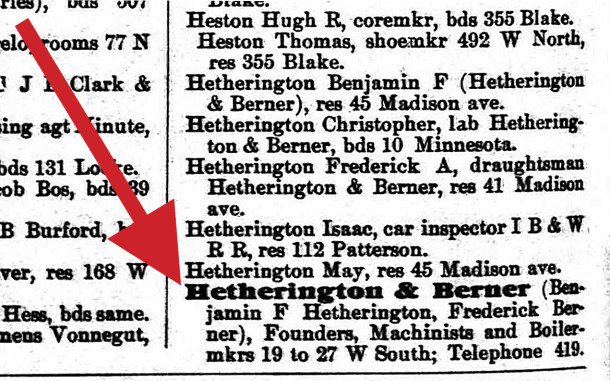 After the company’s founders passed away in 1901 and 1906, Benjamin Hetherington’s son Frederick Alexander Hetherington (1859-1931) became president of the company.  Hetherington & Berner outgrew its space on West South Street and in 1909 built the first of what would eventually be several buildings at the intersection of Kentucky Avenue and West McCarty Street. 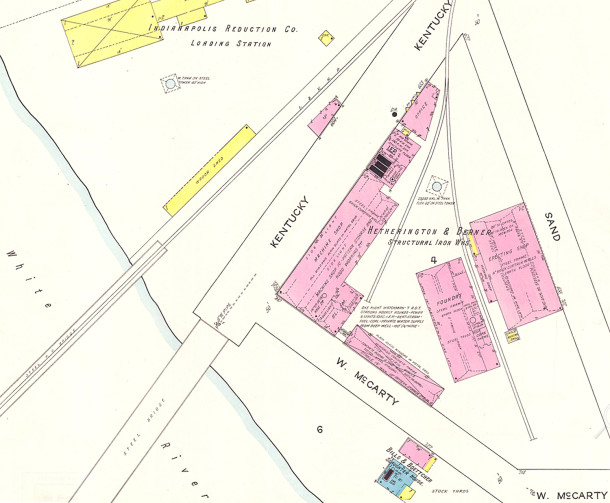 In addition to running the company, Frederick Hetherington was an inventor, photographer, and amateur artist.  He was friends with T. C. Steele, which dated to their art school days together, and he spent a lot of time at his cabin in Brown County.  In the 1920s, Hetherington relinquished his presidency of the company to Frederick Berner’s son, Robert Berner (1884-1973).  Berner ran the company for the rest of its existence. 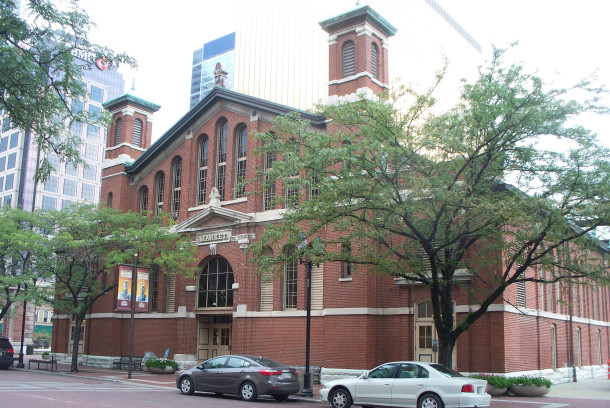 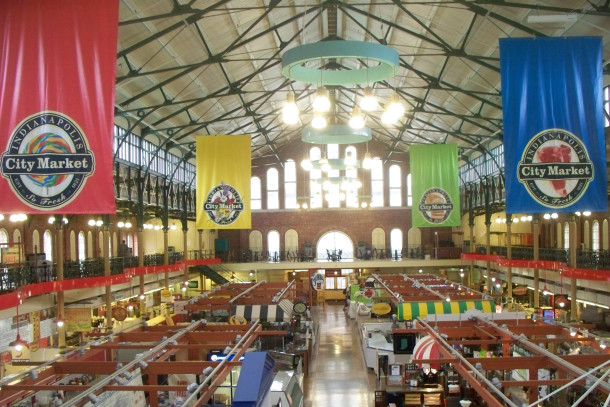 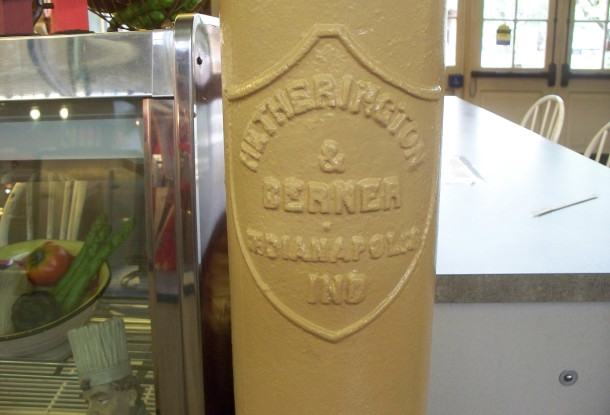