When was Linwood Square built?  Before Linwood Square was there, this was the location of Newburg (sp?) Field, where we loved to play.  Why was this section not developed like the rest of the surrounding subdivisions?  And do you have any history regarding the Newburg (sp?) family?  ~ Kevin J. Brewer, Kokomo

Construction of Linwood Square began in November of 1963.  The architectural firm for the project was Beaman and Associates, Inc.  The first store to open in Linwood square was Zayre Department Store, which opened in 1964.  Zayre was part of a discount chain, headquartered in Framingham, Massachusetts, that was in operation from 1956 to 1990. 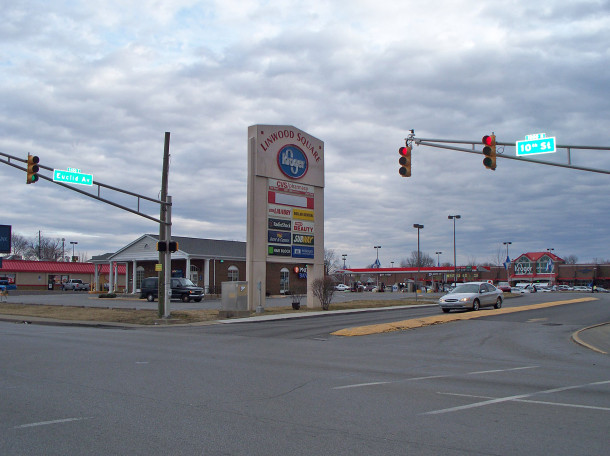 The area that is now Linwood Square was owned by the Neuerburg and Madinger families from the 1890s until the early 1960s.  Their land consisted of four tracts totalling more than 25 acres.  A Neuerburg son married a Madinger daughter, resulting in all of the adjacent properties being owned by relatives.  Apparently, the families did not feel the need to sell their properties to developers as early as the owners of other surrounding properties did. 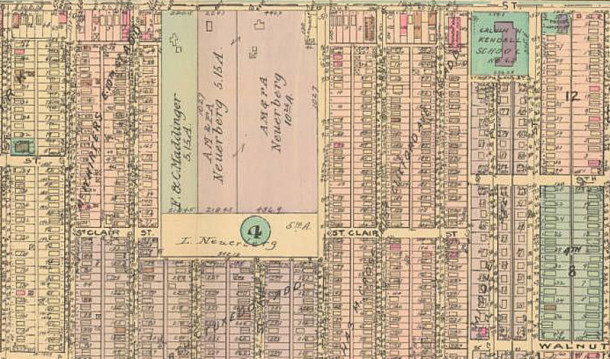 The parcels of land that once belonged to the Neuerburg and Madinger families remain essentially intact today.  The stores in the Linwood Square Shopping Center have E. 10th Street addresses.  The apartment buildings across the south end have Linwood Court addresses. 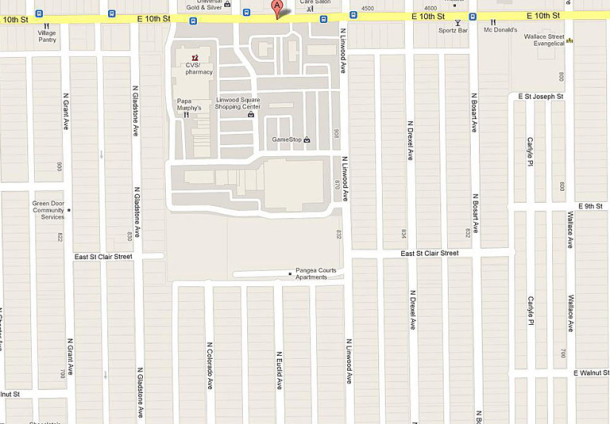 The immigrant patriarch of the family who owned the land was John Leonard Neuerburg (1855-1910), who was commonly known by his middle name.  Leonard settled in Marion County in 1863 and married Christina Dietz in 1874.  They had four children, including son Albert Neuerburg, who married Florence Madinger.  Although the Neuerburg parents are buried in Anderson Cemetery at 10th and Pleasant Run Parkway, most of the other Neuerburgs and Madingers are buried at Crown Hill Cemetery. 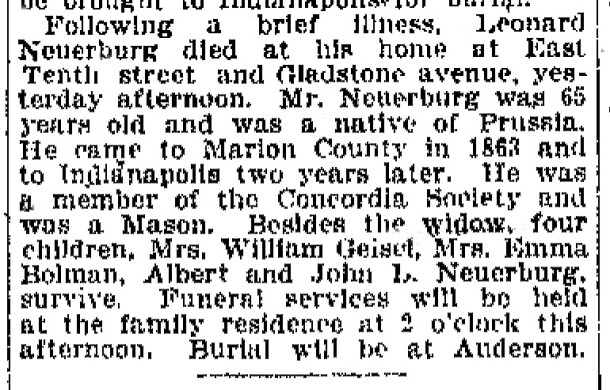 A portion of a page from the 1930 Census enumeration shows both the Neuerburg and Madinger families on E. 10th St.    (Ancestry.com)     CLICK TO ENLARGE

The land that now makes up Linwood Square has remained in separate parcels, as it was when the Neuerburgs and Madingers sold them.   All but one of the parcels are owned by KIMCO Realty in New Hyde Park, New York.  The remaining parcel is owned by PP INDY 7 LLC in Chicago, Illinois.