I’m trying to locate Duncan Street.  It is mentioned in Howard’s Indianapolis Directory for 1857; there is a copy of this book on Archive.org.  I can’t seem to find a map that shows Duncan St.   I have an ancestor, George Penrose, who lived at the corner of Duncan and Alabama Streets in 1857.  From what I have found, it sounds like a Duncan family lived near 13th St. and Alabama.  Was 13th St. once called Duncan St.?  Since you guys are knowledgeable about this area, I thought it is worth a try to ask you.  Thanks for any information.   ~ Frank Merriman

Duncan Street was about two miles directly south of 13th and Alabama, on the near south side.  Duncan was an east-west street, parallel to and halfway between E. South Street and E. Merrill Street.  Duncan ran for only a couple of blocks, from S. Delaware Street on the west to S. New Jersey Street on the east. 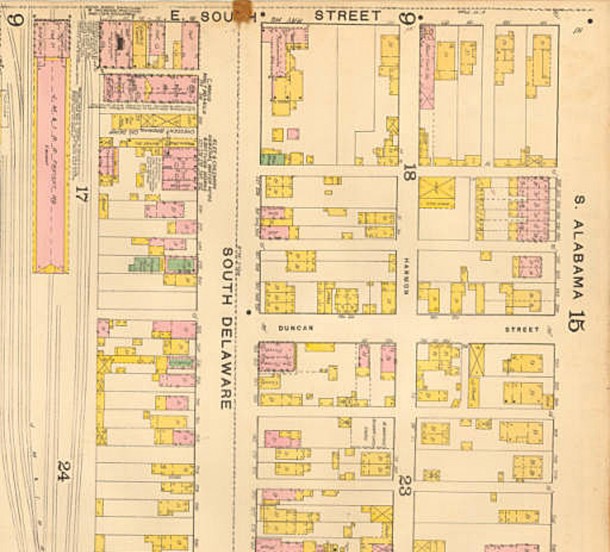 Duncan Street was renamed Henry Street in later years.  As of 1941, there were still residences on all four corners of S. Alabama and E. Henry Streets. 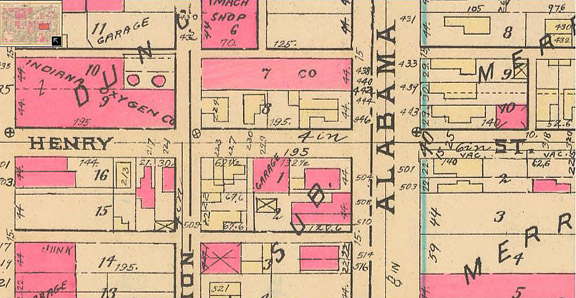 You can find Henry Street on a present-day map, southeast of Bankers Life Fieldhouse (see red map pin below for the intersection of Henry and Alabama).  The blocks both north and south of Henry Street have been huge surface parking lots in recent years. 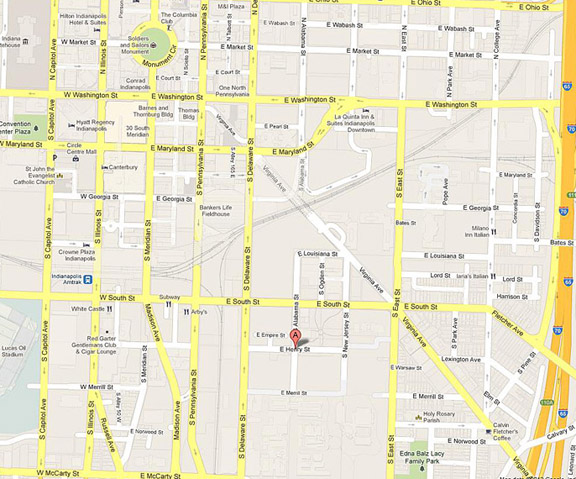 Depending on which corner your Penrose ancestor lived, the lot on which his home stood would now be part of either the Eli Lilly and Company Corporate Center or part of the new CityWay urban community project.. 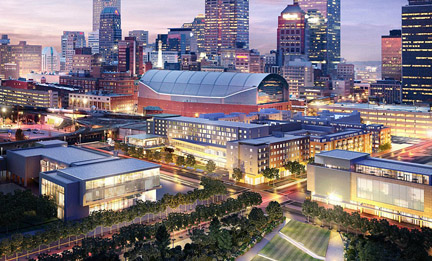