My husband (an Austrian citizen) was asking about the origin of the name of Kessler Boulevard.  I could not tell him, but I said it was surely named after some prominent man in Indianapolis history, since it probably would not have occurred to city fathers to honor a woman with a street name at the time Kessler Boulevard was named.  Are there any streets in Indianapolis named after women, which were named before the second women’s movement in the late ’60s and early ’70s? ~ Alison B., Indianapolis

Kessler Boulevard was indeed named for a prominent man in Indianapolis history.  George Edward Kessler was a highly respected city planner, landscape architect, and parks consultant.  Kessler’s plans can be found in 23 of the United States, as well as in Mexico and China.  Kessler’s body of work included 230 known projects, one of which was the landscape design for the 1904 World’s Fair in St. Louis.  As most of his papers were destroyed or given to clients after his death, there may actually have been more.

George Kessler was born on July 16, 1862,  in Bad Frankenhausen, Schwarzburger, Rudolstadt, Germany.  He came to the United States with his parents, Edward Karl Kessler and Clotilde Zeitsche Kessler, when he was two years old.  He attended public schools in New York, New Jersey, Wisconsin, and Texas. 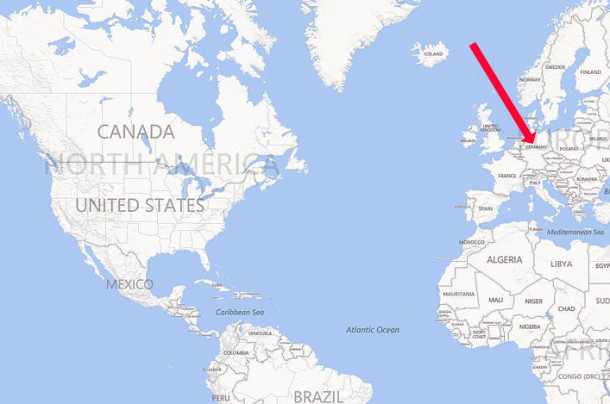 The Kesslers were enumerated on the 1870 Census in Jersey City, New Jersey.  In the years that followed, they planned to make their permanent home in Dallas, Texas.  George’s father, already financially secure, had invested in a cotton plantation that would likely have made him an even wealthier man than he already was.  However, Edward Kessler died suddenly in 1878, at the age of 46.  Concerned about his future, George’s widowed mother left Texas and took the family back to Germany, where she was more familiar with the educational opportunities for her teenage son.  There George received both private instruction and university courses for about three years.  He studied forestry, botany, landscape design, engineering, and civic planning. 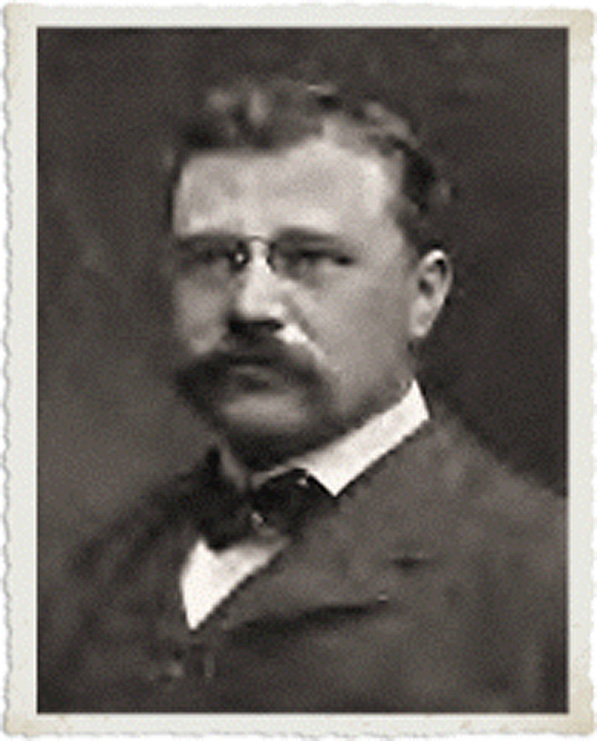 Following his training in Germany, George Kessler returned to New York City.  He soon landed an assignment with the prestigious firm of landscape architect Frederick Law Olmsted.  In 1892, Olmsted sent Kessler to lay out a park in Merriam, Kansas, southwest of Kansas City.  After two additional projects in the Kansas City area, Kessler began to receive national recognition.  By the end of the nineteenth century, he was in great demand for his support of the City Beautiful movement, which promoted efforts to relieve the overcrowding and pollution that plagued many cities.  The basic concept was that both the aesthetics and the air quality could be improved by interspersing parks and boulevards throughout an urban setting. 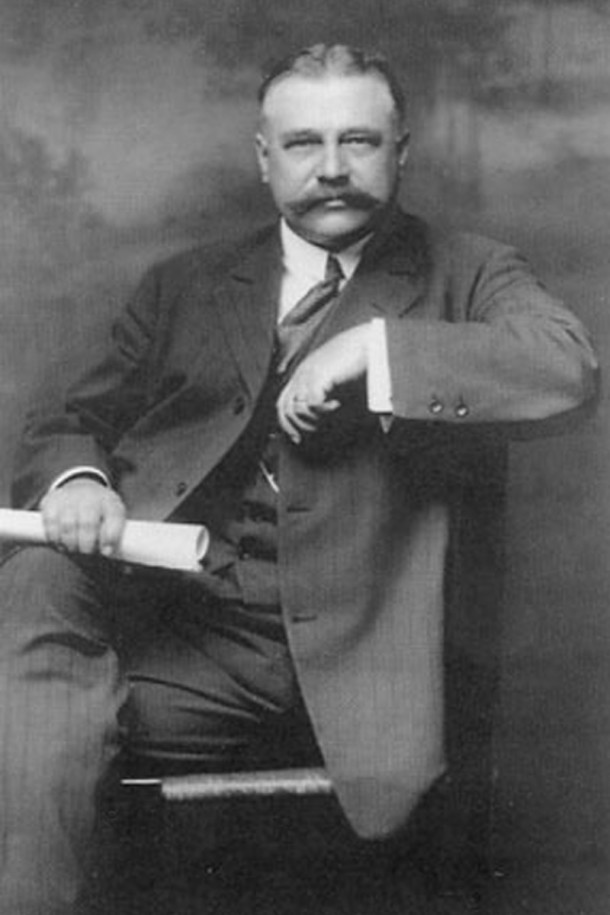 In 1908, the City of Indianapolis hired George Kessler to help it improve its fledgling park system.  The Board of Parks Commissioners had been created in 1895, during the mayoral adminstration of Thomas Taggart and was continued under the two adminstrations of Charles A. Bookwalter (1901-1903 and 1906-1910).  Kessler spent a year studying the city’s transportation system, waterways, and existing parks.  In 1909, he submitted his Indianapolis Park and Boulevard Plan (commonly referred to as “The Kessler Plan”). 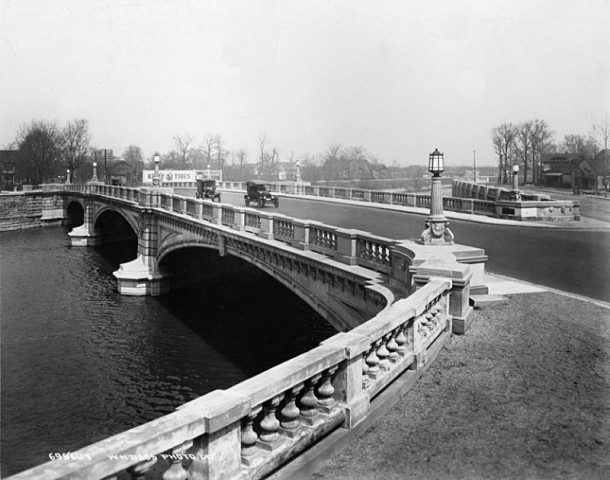 The City adopted Kessler’s plan in 1909.  He led the Park Commission for the next several years, while the plan was being implemented.  In 2003, the Indianapolis Park and Boulevard system created by George Kessler was placed on the National Register of Historic Places. 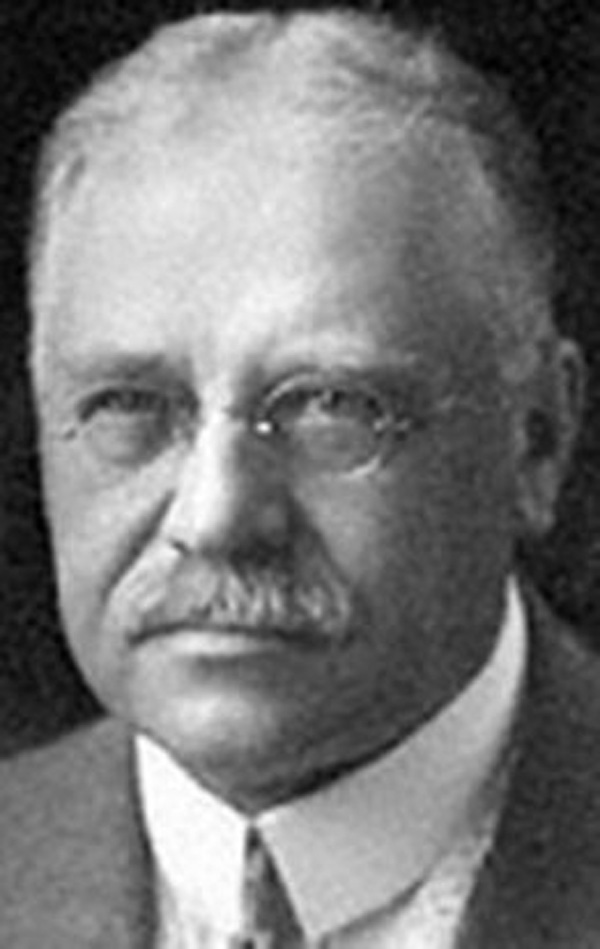 George Edward Kessler, later in his life    (courtesy of The Dallas Morning News)

In 1920, the City of Indianapolis hired Kessler to design a new project, a major road that could move traffic quickly from one side of town to the other.  Sadly, Kessler died in Indianapolis on March 20, 1923, before the project was finished.  His body was returned to St. Louis, where he, wife Ida, and son George Jr. were residing at that time.  Kessler was buried in Bellefontaine Cemetery in St. Louis.  The Indianapolis road project on which he had been working at the time of his death, a 1920s version of the modern-day beltway, was named Kessler Boulevard in his honor.  Other cities around the country in which he had completed projects also named local landmarks after Kessler, as well. 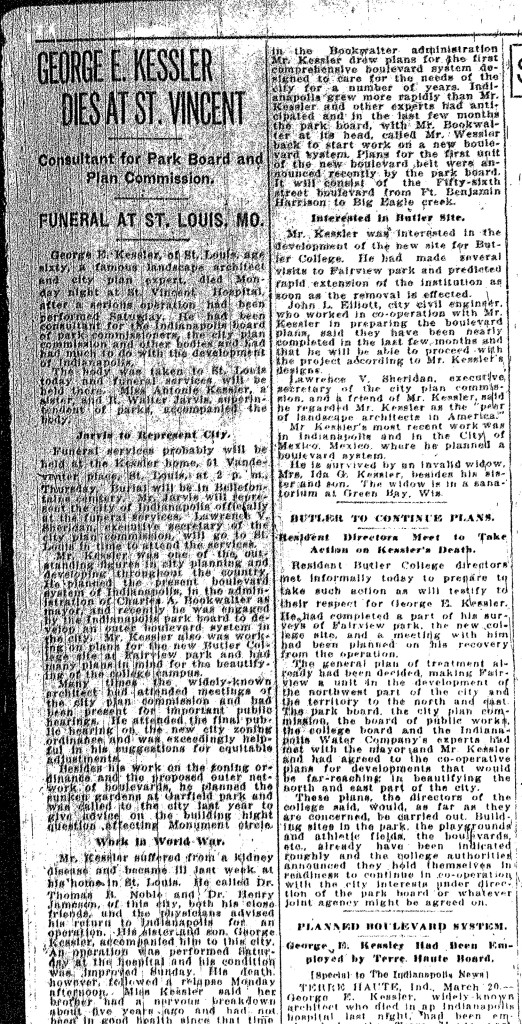 Kessler Boulevard West Drive extends from Cooper Road/Kessler Boulevard North Drive (3000 W) on the west end to North Meridian Street (00) on the east end.  The portion of it that already existed prior to being named Kessler was originally known as West 56th Street. 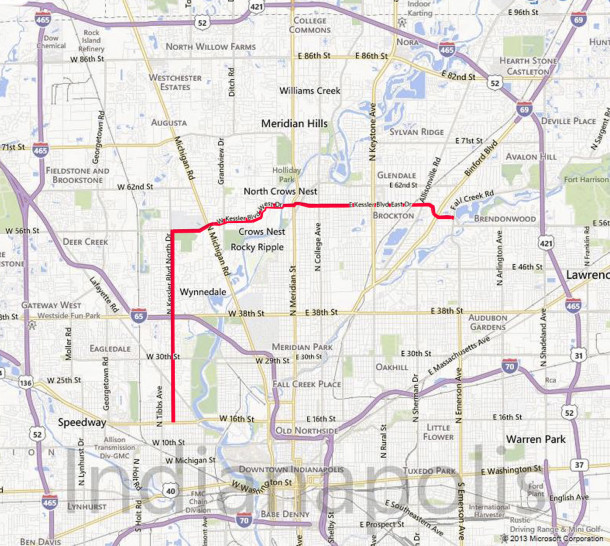 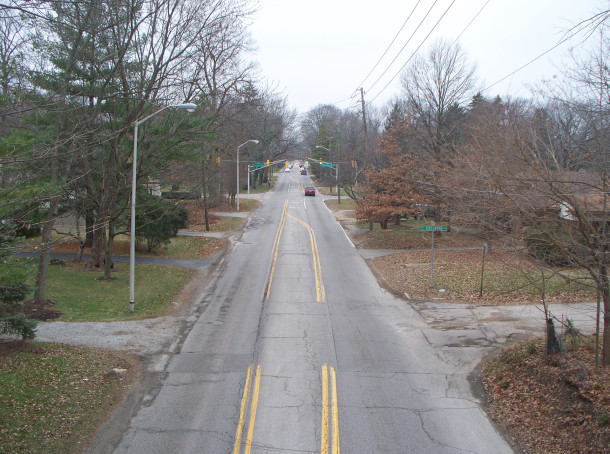 Regarding the second part of your question — the naming of Indianapolis streets for prominent or noteworthy women — I am not aware of a single one!  Although there are a number of street names that appear to be female (Annette, Babette, Bertha, Beulah, Beverly, Charlotte, Daphne, Doris, Emily, Ida, Janet, Loretta, Marsha, Melissa Ann, Naomi, Olivia, Patricia, Paula, Shirley, Tina, Victoria, and so on), I think these streets were probably named for the wives and daughters of early landowners or for the wives and daughters of the developers who built the neighborhoods in which they are located.  That’s not to say that these weren’t all great women, but just that their accomplishments probably weren’t widely known.