Can you tell me where R. R. 9 was in Five Points?  Thanks, Gregory Cummings

The area known as Five Points is approximately seven miles southeast of Indianapolis’s Monument Circle.  The name “Five Points” was derived from the convergence of three early roads that today are known as Troy Avenue, Southeastern Avenue, and Five Points Road. 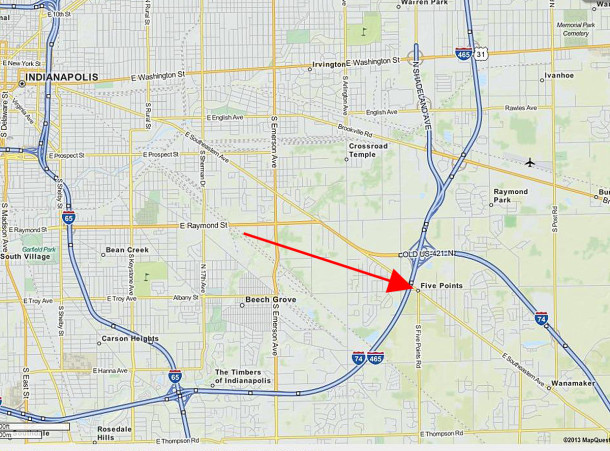 Soon thereafter, John Bellis established Bellis’s Tavern near the intersection of the three roads.  When the historic Michigan Road (later called US 421 and now known as Southeastern Avenue) was built, Bellis’s log home became a station for watering and changing horses.  As traffic increased on the the road, Bellis built a larger house with guest quarters to accommodate overnight lodgers.

In 1881, blacksmith Henry A. Waterman (1859-1936) built a shop on the Michigan Road on one of the points of the Five Points intersection.  As his four sons — Theodore, Harry, Clarence, and Edwin — grew to adulthood and developed interests in welding, fencing, plumbing, and automobile repair, Waterman expanded the business to include a hardware department, a farm machinery repair shop, and an automotive garage.  Generations of the family have continued to operate the company.  Now in its 132nd year, H. A. Waterman Co. is one of Indianapolis’s oldest businesses. 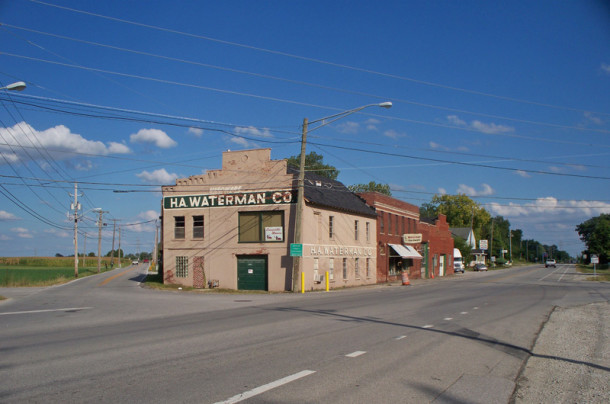 H. A. Waterman Co. has stood on one of the points at Southeastern Avenue, Troy Avenue, and Five Points Road since 1881           (photo by Sharon Butsch Freeland)

Since Five Points was never officially organized as a separate town, nor did the people in the Five Points area ever seek their own post office, Five Points was simply a name locals used to refer to the settlement at that corner.  A 1931 map of Marion County provides a partial answer to the HI Mailbag question.  In years past, the areas of Marion County outside the old city limits of Indianapolis that did not have their own post offices were served by post offices inside the city limits.  The rural areas were assigned route numbers.  Five Points was one of many neighborhoods on Rural Delivery Route 9, which was abbreviated R. R. 9.  Irregularly shaped, R. R. 9 extended north of Prospect Street, east to the Marion County-Hancock County line, south to Hanna Avenue, and west to Sherman Drive.  U. S. Mail was delivered to Rural Delivery Route 9 out of the Irvington Post Office at 5 Johnson Avenue.

Below are sections cropped from the 1931 A. C. Wagner Co. map.  To view the map in its entirety, visit the Indiana State Library website here. 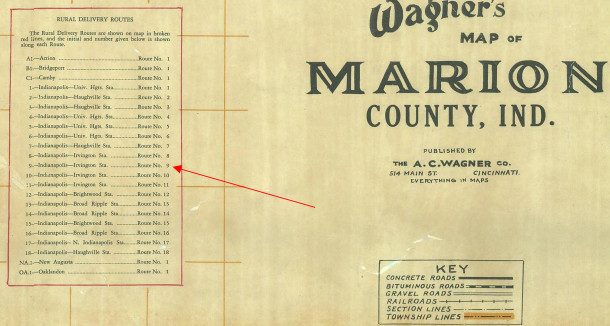 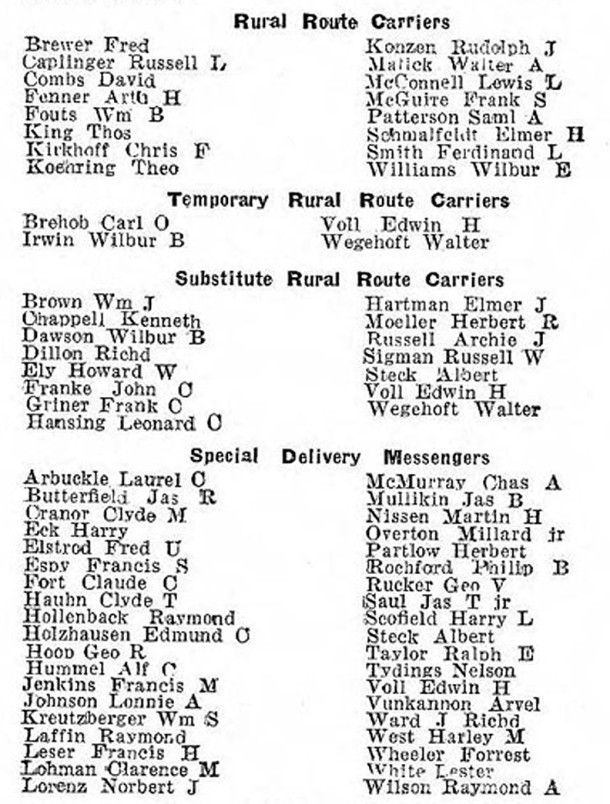 In order to pinpoint exactly where a property was on R. R. 9 in Five Points, a box number is needed.  For example, before the H. A. Waterman Co. was given the current street address of 7006 Southeastern Avenue, its former address was R. R. 9, Box 206, Five Points.  Donald Waterman, grandson of the company’s founder, recalls that the change from rural route to a street address occurred in the mid-1950s.