Do you have any information, URLs, or other references that might assist me in obtaining some ‘history’ on my Grandfather Charles P. Henderson’s short-lived auto manufacturing company, the Henderson Motor Car Co.,  around 1912 – 1914 ?  ~ Hugh W. Ditzler, Jr., Oakland, California

To provide a little background for other HI readers, I’ll start by funishing a few details about your grandfather that that you undoubtedly already know.  Charles Pemberton Henderson was born on October 21, 1869, in Poplar Flat, Kentucky, which is about 75 miles southeast of Cincinnati, but on the opposite side of the Ohio River.  In 1898, Charles married Irma Etta Rogers, in Milwaukee, Wisconsin.  In the first decade of their marriage, they lived in Louisiana, Alabama, and Georgia, where their first four children were born.

In 1909, Joseph J. Cole reorganized his Cole Carriage Company as the Cole Motor Car Company, and Charles P. Henderson was hired to market the automobiles.  Upon the Hendersons’ arrival in Indianapolis that year, they rented a residence at 1841 Cross Drive in the fashionable Town of Woodruff Place.  The family’s fifth child, your mother, was born in Indianapolis in September of 1909.   The following spring, the family was enumerated on the 1910 Census at the Woodruff Place address. 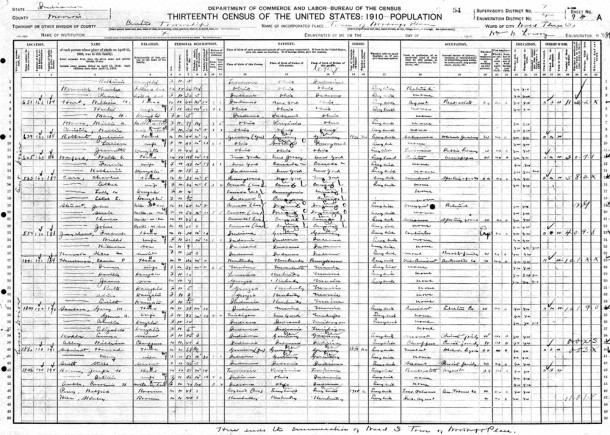 In the 1910 Indianapolis City Directory, Charles P. Henderson was listed as the Vice President and General Manager of Henderson Motor Sales, which was the Distributor of the “Cole 30” and the “Westcott 45-50.”  The business was located on the southeast corner of N. Capitol Avenue and W. Vermont Street.  Today that site is a parking lot for OneAmerica Tower. 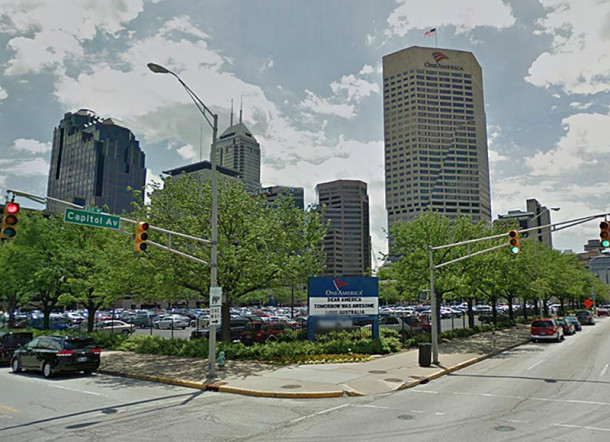 2011 view of the former location of Henderson Motor Sales Company on the southeast corner of Capitol Ave and Vermont St  (Click to enlarge — Image: Google maps)

By the time of the 1911 Indianapolis City Directory, the Hendersons had moved to a home at 2910 Broadway Street, just north of Fall Creek Boulevard (now called Parkway).  Unfortunately, that home no longer exists, or I would provide you with a photo of it.  The Hendersons’ property was adjacent to Broadway United Methodist Church, and the lot on which the home once stood is now part of the church’s parking lot.

In the 1913 Indianapolis City Directory, Charles P. Henderson was listed as the President of the Henderson Motor Car Company.  The company was formed in 1912, but due to the time it took to collect the information and publish it, the directory information in those days was sometimes a little in arrears. 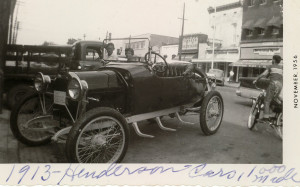 Although the Henderson Motor Car Company had a similar-sounding name to the earlier Henderson company that had marketed Cole Motor Company cars, the new Henderson company actually manufactured automobiles.  Its facility was located at W. 14th and N. West Streets.  Charles’ brother Ransom P. Henderson was listed as vice president and general manager.  In the 1914 Indianapolis City Directory, Charles P. Henderson was still residing at 2910 Broadway, and the company was still operating at W. 14th and N. West Streets. 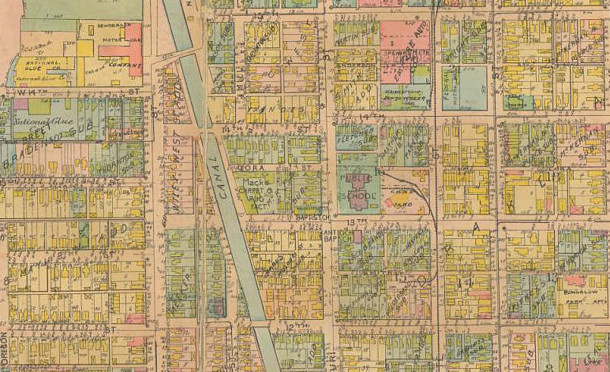 I located a few websites with various bits of Henderson information on them.  You may already have found these yourself, but in case you have not, I will provide the links to them.   One is Hemmings Daily, which claims to be the World’s Leading Collector Car News Source.   I noticed that another descendant of Charles P. Henderson, named Mike Fender, posted a comment there.  If you have not already communicated with him, you might try to get in touch with him to see if he is in possession of any information that you haven’t seen before. 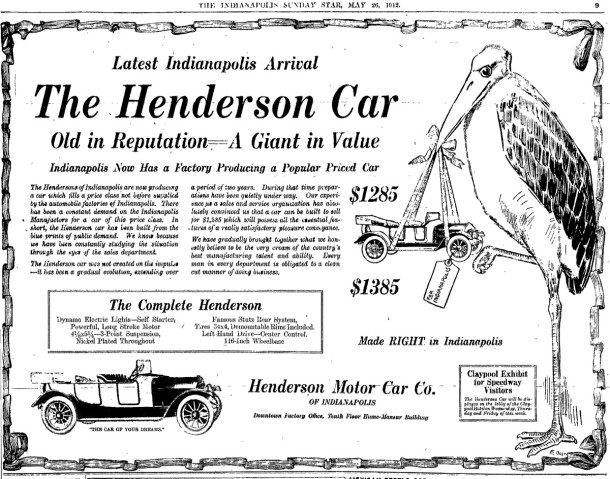 May 21, 1912 newspaper ad from the Sunday edition of The Indianapolis Star for the Henderson Car Company  (click to enlarge) 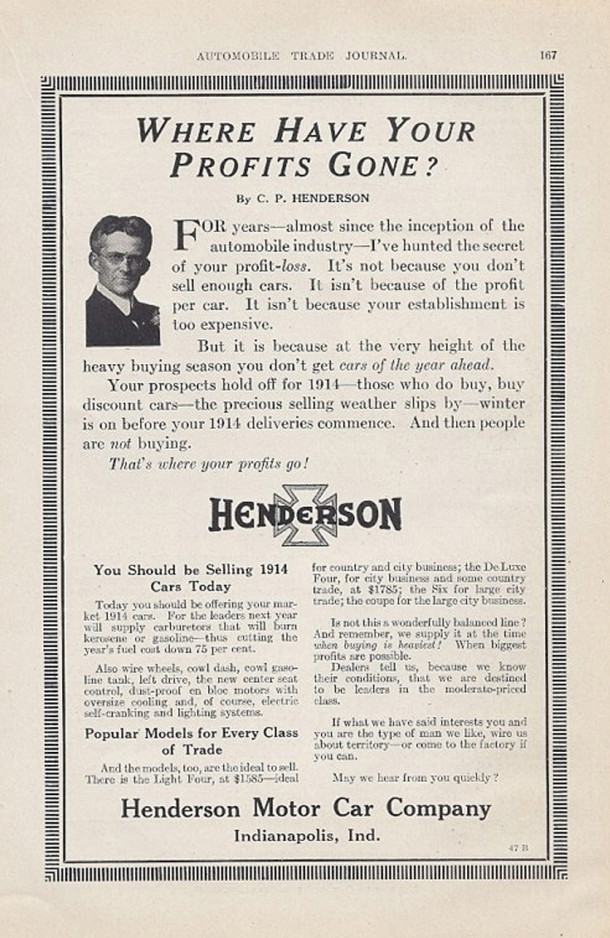 Article by Charles P. Henderson in a 1914 Issue of Car Trade Journal (Click to enlarge)

In the 1915 Indianapolis City Directory, Charles P. Henderson was listed as living at 4335 Washington Boulevard.  That house number must have contained a typographical error, as there is no such address in Indianapolis.  I noticed that Charles’ brother, Ransom P. Henderson, lived at 3555 Washington Boulevard at that time, so it makes me wonder if C. P. might have briefly lived with his brother after the Henderson Motor Car Company closed.

Although Charles P. Henderson lived in Indianapolis for only about ten years, he certainly left his mark on the city and on the automobile industry.