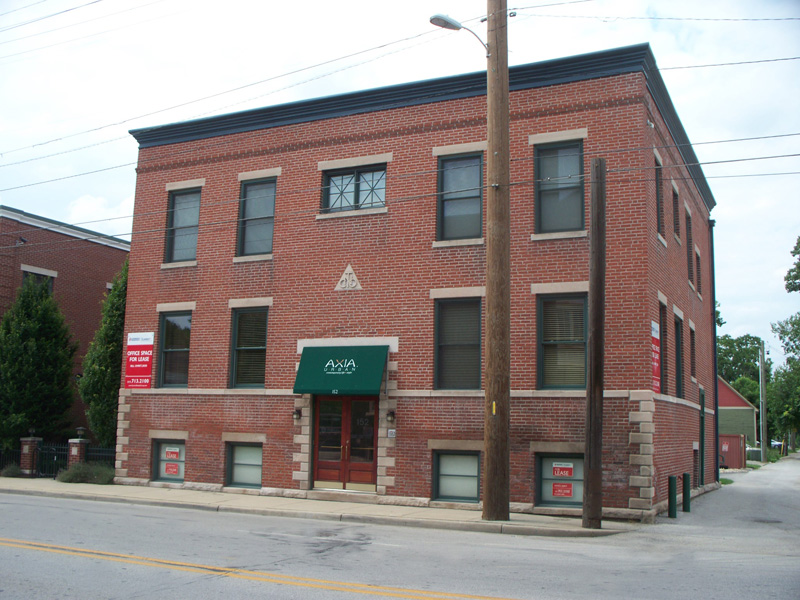 What can you tell us about the New Telephone Company and the role the building at 152 E. 22nd Street played in Indianapolis telephone history? ~ Jeff Congdon

Alexander Graham Bell invented the telephone in 1876, although it was Thomas Alva Edison’s invention of the carbon transmitter later in the same year that made the telephone practical for widespread use.  After seeing a demonstration of telephones at the 1877 Indiana State Fair, forward-thinking Hoosiers were eager to bring the telephone to Indianapolis. 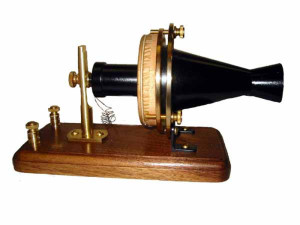 The Centennial Transmitter was so named because it was created in the year of the United States’ 100th anniversary (photo courtesy of antiquetelephonehistory.com)

By 1879, telephone service did come to Indianapolis, under the auspices of Western Union Telegraph Company.  In 1883, three recent startup companies — Central, Midland, and Western — were consolidated and became the Central Union Telephone Company.  For fifteen years, Central Union was the only phone company in town. 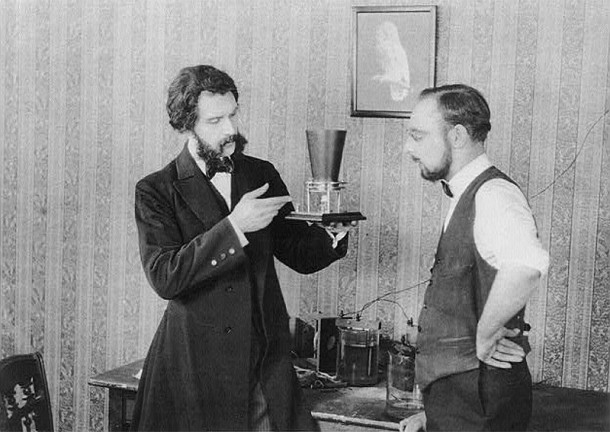 In 1898, the independent New Telephone Company was organized as a competitor of the established Central Union Telephone Company.  The general offices of NTCO occupied a 3-story building at 230 North Meridian Street.  Within a few years, the company had built four substations:  North Indianapolis, Broad Ripple, Irvington, and New Augusta. The company employed 250 people and serviced 5,500 telephones in the first few years of the 20th century.  The North Indianapolis substation was located on East 22nd Street between Talbott and Delaware Streets.  It was surrounded by single-family residences.  In its early years, its street address was known as 146 E. 22nd Street.  In the 1920s, the address was changed to 152 E. 22nd Street, which is the address by which it is still known today. 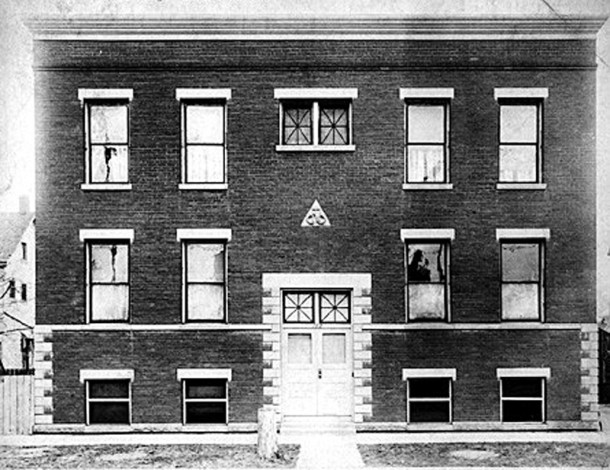 In 1920, Indiana Bell was founded to function as the primary telephone company in the state.  Indiana Bell purchased the operations of both the Central Union Telephone Company and the Indianapolis Telephone Company.  The East 22nd Street substation continued to house phone company operations for the next two decades.  It would appear from Baist and Sanborn maps and city directories that there was also an apartment somewhere on the premises, as a second listing for that address often named a resident whose occupation was “wire chief.” 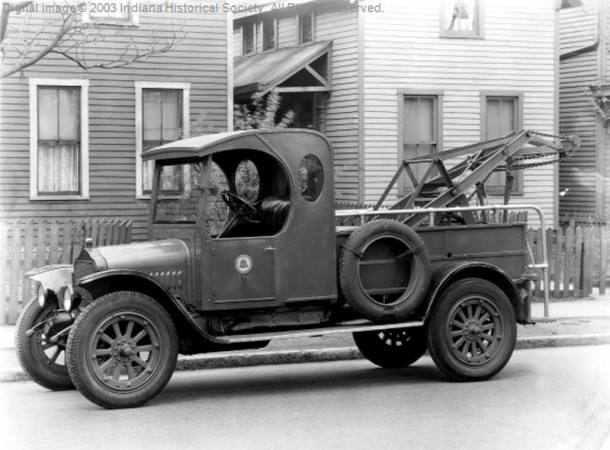 In 1942, Indiana Bell “decommissioned” the North Indianapolis substation as a facility that housed phone company equipment.  Interior walls were removed from the building, and it became a training facility for phone company employees.  In 1949, Indiana Bell sold the building to Good Housekeeper Supplies, Inc.  In subsequent years, the building was occupied by the Indianapolis School of Photography, Service Home Supply Household Furnishings, a trophy store, and the United House of Prayer for All People Church.

In many city directories of the 1960s and 1970s, either the address was listed as vacant or it wasn’t even listed at all!  By the 1980s, the area around 22nd and Talbott Streets gained the nickname “Dodge City,” a reference to the Wild West town in Kansas, where differences between residents were often settled by shootouts in the streets. 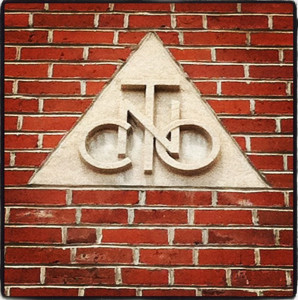 When Stephen Goldsmith was elected Mayor of Indianapolis in 1991, one of his pledges was to address the problems of neglected neighborhoods in the core of the city.  It would be a decade before the renaissance would actually begin to occur, but from that commitment eventually came the creation of Fall Creek Place, a wonderful collaboration of many committed individuals and groups.  The result was a revitalized neighborhood of both renovated older properties and brand new ones.

The former phone company building is on the southern boundary of Fall Creek Place.  In an initial survey of abandoned properties in the late 1990s, 152 E. 22nd Street was deemed to be irreparable and was slated for demolition.  Fortunately, Indiana Landmarks (known as Historic Landmarks of Indiana at that time) saw the historic importance of this building, as well as its potential for restoration.  The organization stepped in to prevent the demolition of the former New Telephone Company building.  During its brief period of ownership, Indiana Landmarks addressed some of the building’s problems, as best it could.

On November 1, 2000, Woodland Realty Company, LLC, took ownership of the erstwhile New Telephone Company building.  The new owners had a daunting task before them.  Besides the deteriorating structure itself, the property was full of the remnants of its past lives.  There was considerable old wiring left over from its telephone substation years.  There were old refrigerators from its days as an appliance store.  There was a makeshift sanctuary with a podium made out of an old television cabinet from its time as a church. 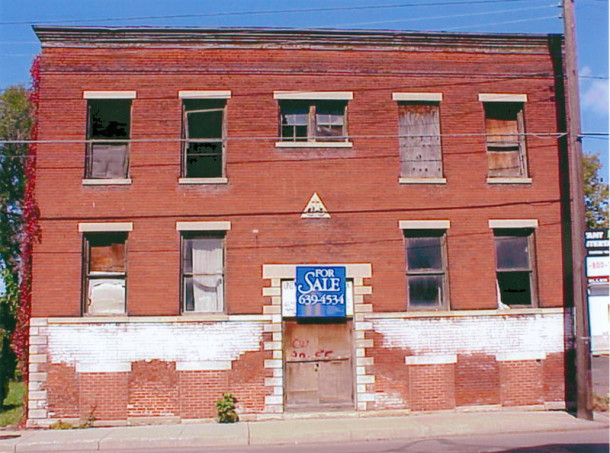 The front of 152 E. 22nd Street before the restoration by Woodland Realty Company, LLC (photo courtesy of Axia Urban)

A wide variety of issues needed to be addressed, from the roof to the basement.  Upon review of the building, the owners made the decision to gut the interior completely.  After reinforcing the structure, they created new spaces more suitable for modern offices.  Care was taken to replace doors and windows with materials that emulated the original building’s features. 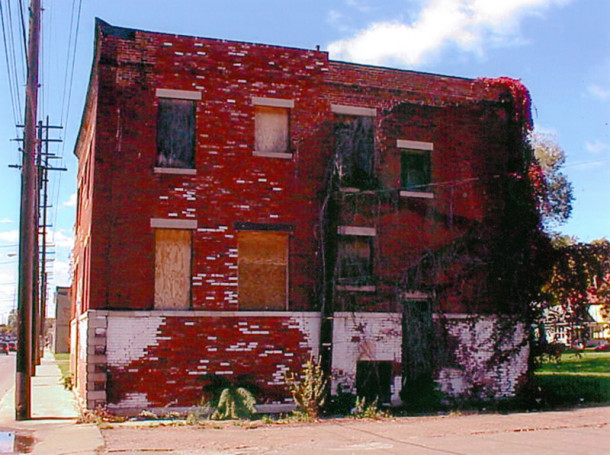 The east side of 152 E. 22nd Street before the restoration by Woodland Realty Company, LLC (photo courtesy of Axia Urban)

All’s well that ends well.  The building is now a handsome reincarnation of its original self and is home to Axia Urban.  A bonus for the father and son team who invested in the property is the fact that Fall Creek Place is now a thriving urban neighborhood.  At the time of the owners’ purchase of the property, they were not aware that the area was about to have an extreme makeover.  In addition to renovating the historic phone company building, the owners have also built a new building immediately west of the subject property, which blends nicely with its next-door-neighbor. 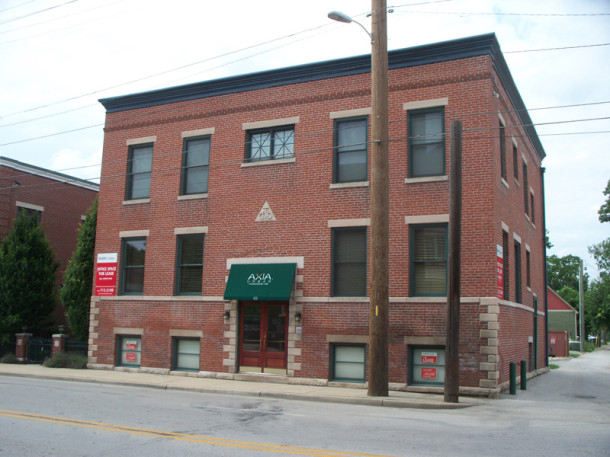 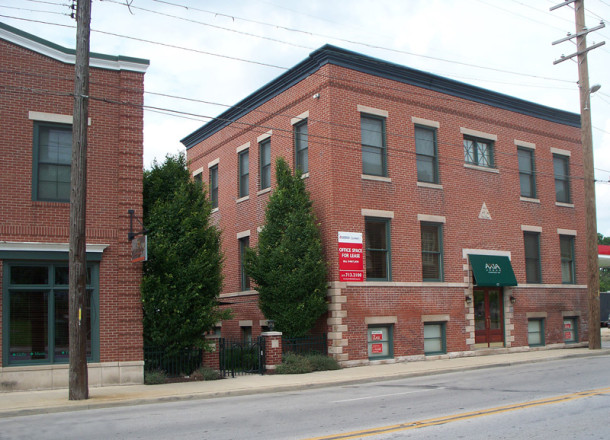 This article and a portion of this website were generously sponsored by Axia Urban. You can visit their website here. 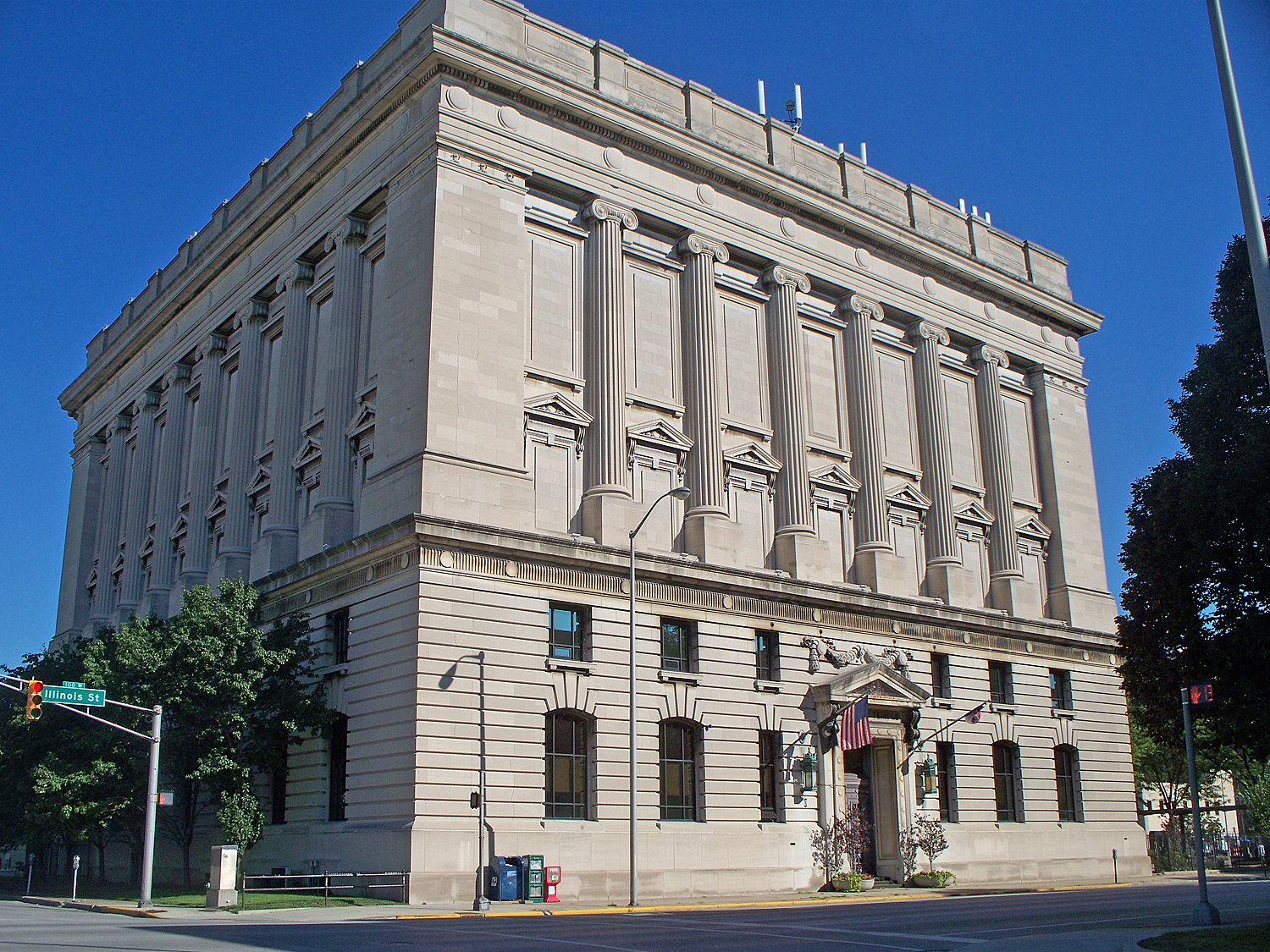