Can you tell me more about the early history of the Warren Apartments, what was there before the current building, and if anyone of note lived there?  ~ Jeffrey Congdon, Indianapolis

The first owner of the land on which The Warren Apartments at 2152 N. Meridian Street were eventually built (more than a century later!) was named Thomas O’Neal.  He purchased 80 acres from the federal government on the 13th of November in 1822.  O’Neal appeared on the 1830 Census as a resident of Indianapolis, but he did not appear on subsequent censuses.  A person named Thomas O’Neal also purchased parcels of land in Illinois and Missouri in the 1820s and 1830s, so it’s possible O’Neal settled in another state. 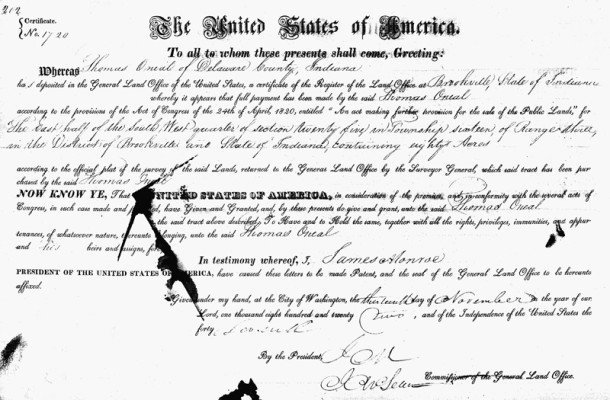 The Warren Apartments were built on land that was originally part of an 80-acre tract purchased by Thomas O’Neal in 1822  ( Ancestry.com)     CLICK TO ENLARGE

On the 1855 Condit, Wright, & Hayden plat map of Marion County, the owner of the land was named Gustav Schurmann.  Schurmann appeared on the 1860 Census as a 46-year-old immigrant from Hanover, Germany.  His occupation was listed as speculator.  By the time an 1889 map of Marion County was published three decades later, the owner of the land around what would become 2152 N. Meridian Street was Edward Schurmann, who was one of Gustav’s sons.  Edward Schurmann was the proprietor of an art glass and prisms business, located first at 15½ N. Pennsylvania Street and ultimately in the Lemcke Building on the northeast corner of E. Market and N. Pennsylvania Streets. 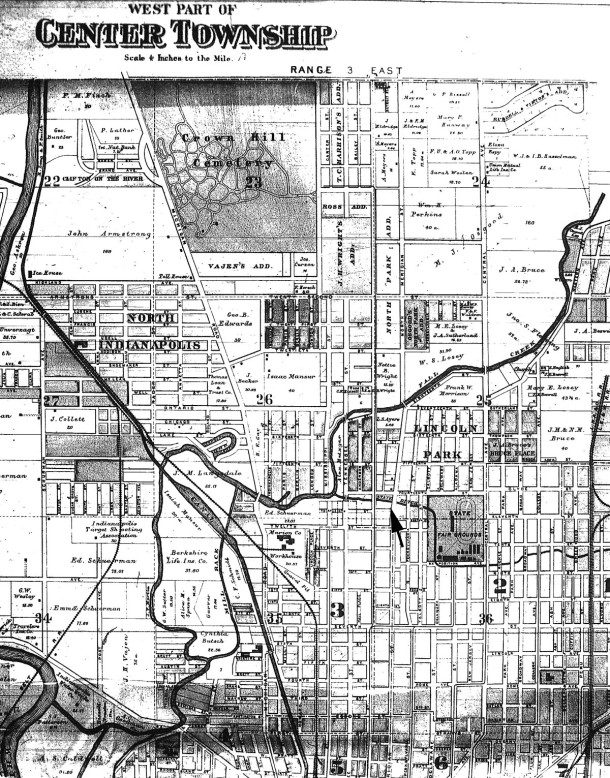 The earliest map on which an improvement appears on the property was the Baist Map of 1898.  The structure was a 2½-story, single-family, frame residence with a garage or carriage house on the alley at the back of the lot.  I was not able to ascertain how many years prior to 1898 the home was built.  However, in R. L. Polk City Directories and on the 1910 and 1920 Census enumerations, the owners of 2152 N. Meridian Street were Dr. Thomas W. DeHass and his wife Amanda Jane (Landess) DeHass.  Both were born in Highland County, Ohio, but the couple settled in Indianapolis soon after their marriage.  Both died in Indianapolis, but their remains were taken to Highland County, Ohio, for burials in a cemetery with other DeHass relatives. 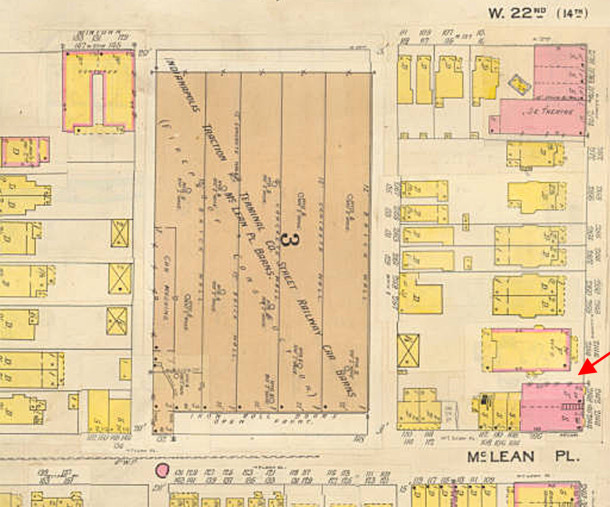 DeHass was a physician, as well as a professor at the IU School of Medicine.  Mrs. DeHass appeared in newspaper articles as being involved in raising funds for charity.  Dr. DeHass was the owner of the property immediately before the construction of the Warren Apartments.  The good doctor may even have built the Warren Apartments himself.  I learned from his son’s application for membership in the Sons of the American Revolution (which I stumbled upon rather serendipitously) that Dr. DeHass’ middle name was Warren, adding to the possibility of the doctor’s involvement in the construction of the apartment building. 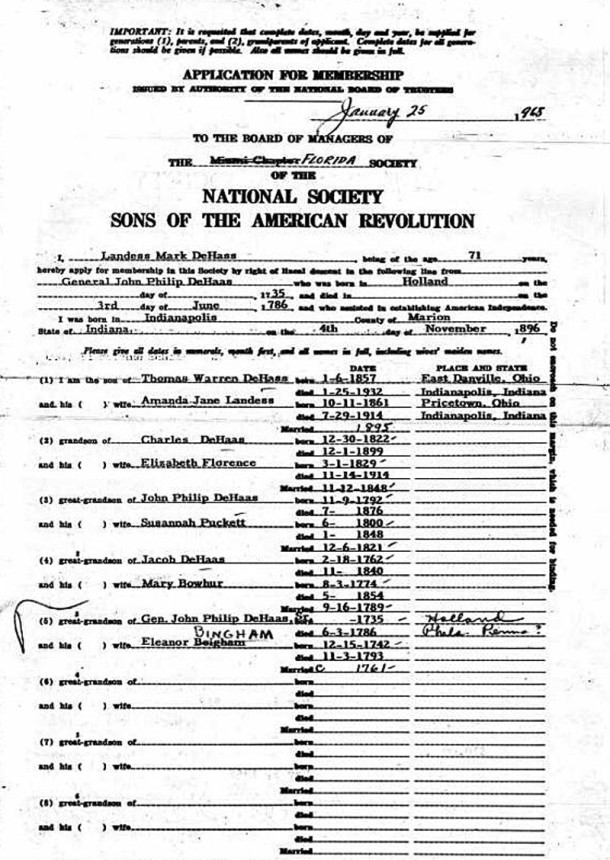 The middle name of Thomas W. DeHass, M.D., was listed as Warren on his son’s 1965 application for membership in SAR    ( Ancestry.com)      CLICK TO ENLARGE 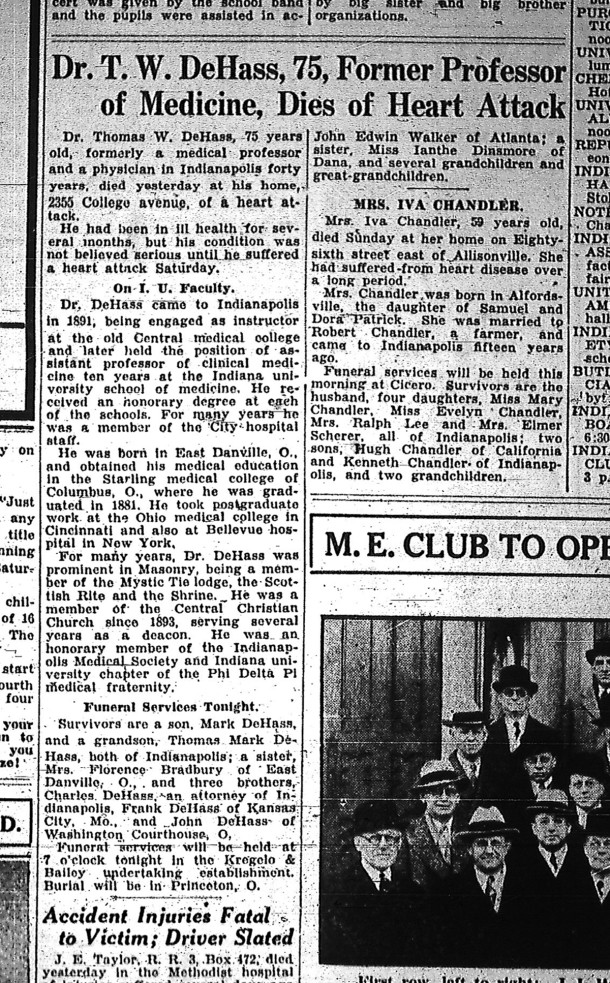 1932 obituary for Thomas W. DeHass appeared in the Indianapolis Star

Using city directories, I reviewed the tenants who resided at the Warren Apartments over the years, looking for familiar names.  One name that immediately stood out was H. Weir Cook, Jr.  Colonel Harvey Weir Cook, Sr. (1892-1943) was a fighter pilot in World War I who grew up in Hancock County and was a graduate of DePauw University in Greencastle.  The Indianapolis airport was renamed in his honor after his plane crashed in 1943, while he was training pilots for service in World War II. 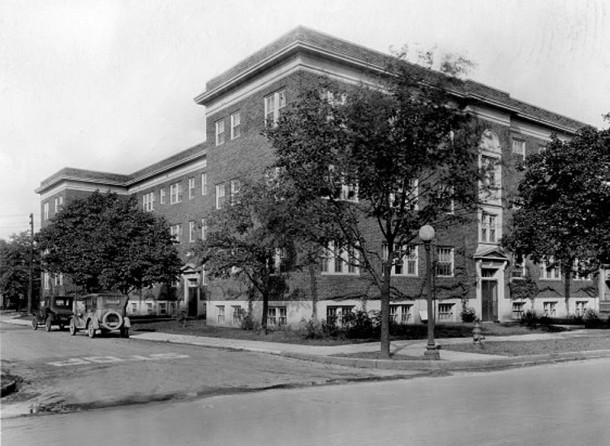 2152 N. Meridian Street, as well as automobiles of the era, in 1925 — the year after the Warren Apartments were completed  (Bass Photo Company Collection,  INDIANA HISTORICAL SOCIETY) 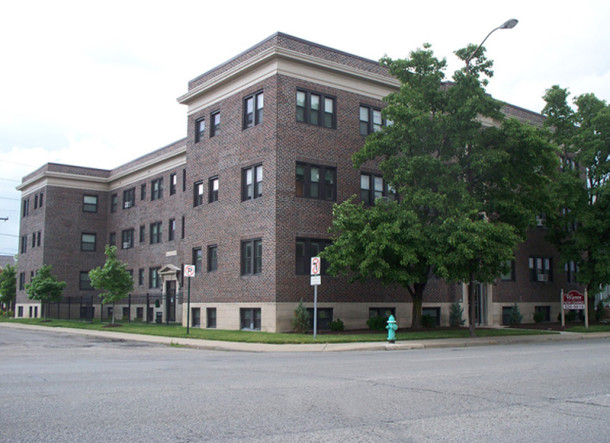 The Warren Apartments on the northwest corner of McLean Place and N. Meridian Street as the property appears today     (photo by Sharon Butsch Freeland)

Today the Warren Apartments look much as they did when they were first built 86 years ago.  The building now contains a total of 31 units on four levels, including the basement.

This article and a portion of this website were generously sponsored by Axia Urban.  You can visit their website here.