Would you have any information about a cemetery that once existed on the east side of Indianapolis, called Woodland Cemetery? ~ Mike B.

Although the name “Woodland Cemetery” ceased to exist nearly a century ago, the cemetery is nonetheless still very much in existence today.  It just is known by a different name.  The burial ground was established in 1913 by a group of businessmen who formed a corporation called The Cemetery Company.  Located on the historic National Road aka US 40 aka Washington Street, the land the board members acquired for their venture was at that time well beyond the city limits in rural Warren Township.

The land patent for the parcel that would eventually become Woodland Cemetery was identified by the federal government as Section 5 Township 15 North Range 5 East 2nd PM.  It was purchased from the United States of America in 1827 by Massachusetts native Stephen Brown (1785-1863). 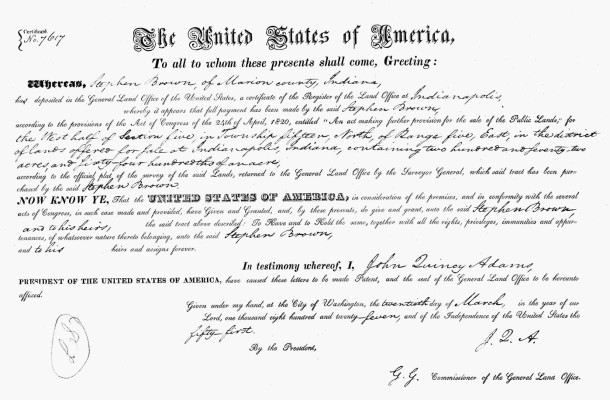 By the middle of the 19th century, most of the land that became Woodland Cemetery was owned by Stephen Brown’s son, Myron H. Brown, and the remaining portion was owned by German immigrant John C. Wiese.  An 1889 map of Warren Township showed the land as being owned by R. W. and C. J. Long and Chris Wiese (likely the same person as John C. Wiese but a different version of his name). 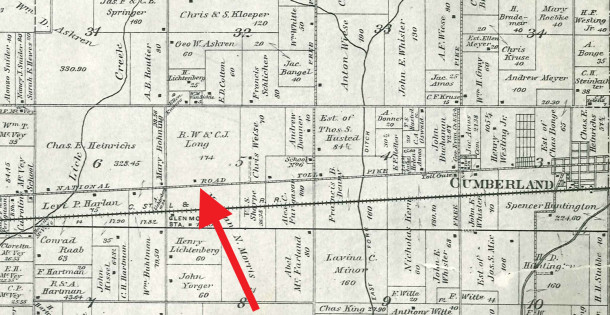 The 1913 Indianapolis City Directory listed nine cemeteries in the area, of which Woodland Cemetery was one.  At that early date, however, the incorporators were still developing the property.  Although the cemetery had a listing in the city directory, in 1913 there had been no burials yet. 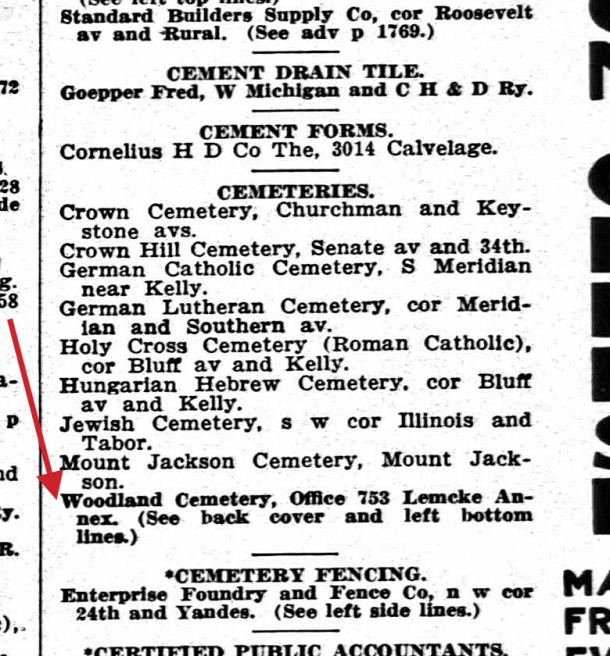 In 1914, The Cemetery Company ran large ads in Indianapolis newspapers, hoping to to attract both investors in the company and purchasers of cemetery lots.  Prior to there being a building on the grounds, the offices of the cemetery were located downtown.  The first location was in the Lemcke Annex at 115 North Pennsylvania Street.  Now called the Consolidated Building, the 1910 Beaux-Arts building was the subject of a Historic Indianapolis article in 2013, which you can read here.  The second location of the Cemetery Company was in the Fletcher Savings and Trust Building at 18 East Market Street, which today houses the Hilton Garden Inn. 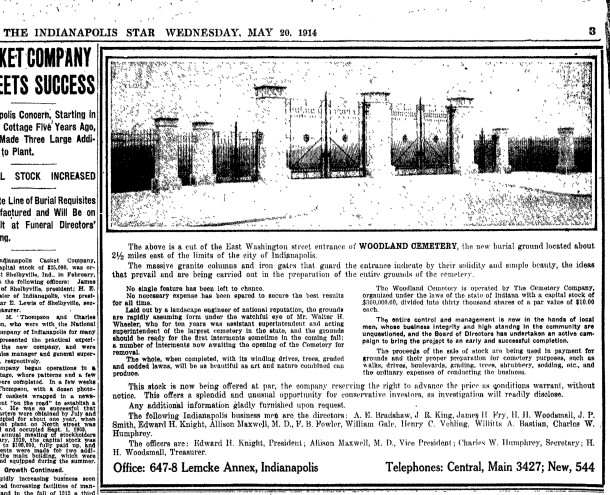 Situated between Post Road and Mitthoeffer Road, the cemetery was eventually assigned the address of 9350 East Washington Street.  The cemetery extends a mile north from Washington Street to East 10th Street.  The entrance has large stone pillars and wrought iron gates that lead to winding lanes inside the property.  The parklike setting has a variety of plant and animal wildlife, providing a peaceful, natural, and serene place to visit. 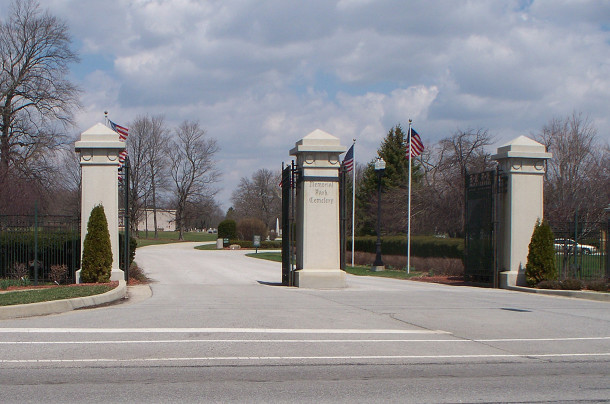 The first superintendent of Woodland Cemetery was civil engineer Walter Howard Wheeler (1875-1950), a Purdue University alumnus who had worked for about a decade at Crown Hill Cemetery before he took the post at Woodland Cemetery.  Walter’s father was William Vincent Wheeler (1845-1908), the founder of Wheeler Mission Ministries, a nonprofit organization that provides services to the homeless.  Walter’s wife, Eleanor (Heathcote) Wheeler, and son, Walter Howard Wheeler, Jr., also worked for the cemetery. 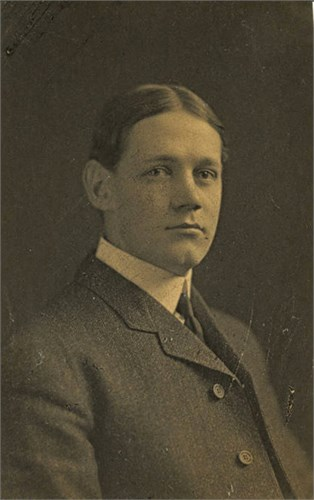 Woodland Cemetery was renamed Memorial Park Cemetery late in 1917 or early in 1918. The 1917 Indianapolis City Directory still showed the cemetery’s name as Woodland, so the name change was after the 1917 directory was published. 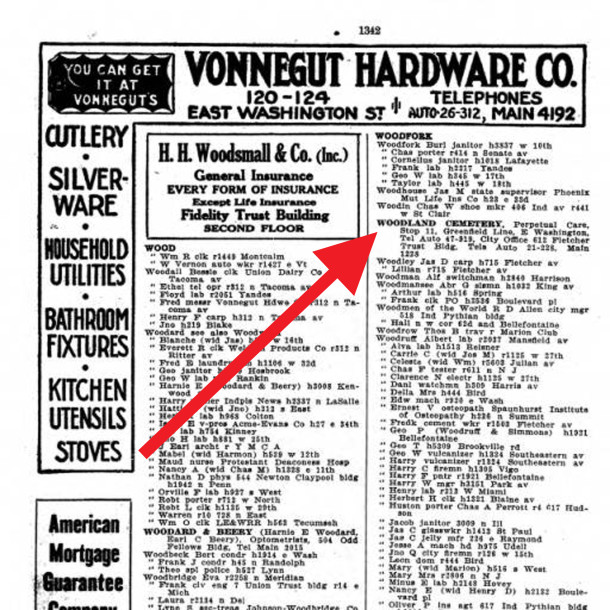 The 1918 Indianapolis City Directory showed the cemetery’s name had changed to Memorial Park some time prior to the 1918 publication. 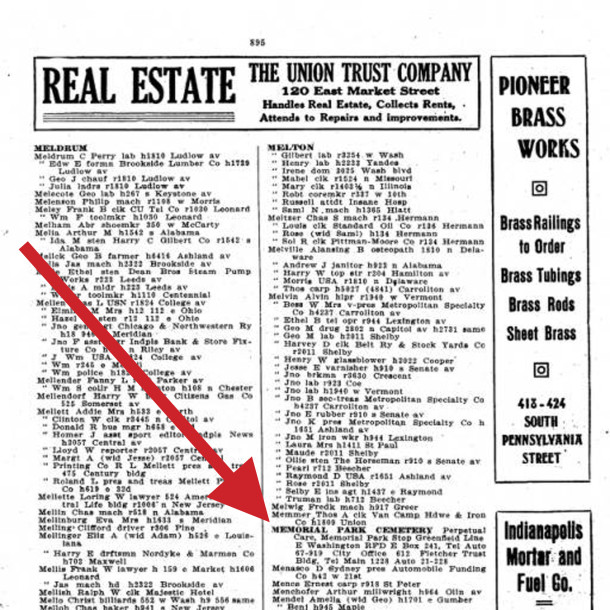 The 1931 Wagner map shows the land east of Memorial Park Cemetery still in the name of “Christ” (Christian)  Wiese, either the son or grandson of the 19th century Wiese who previously owned it. 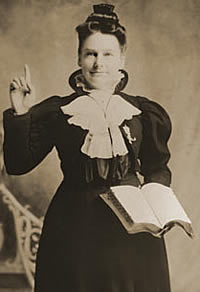 The 1920’s brick building that housed the cemetery’s offices for many years became the home of the Genealogical Society of Marion County in 2013.  The GSMC was incorporated in 1996 as a 501(c)(3) nonprofit organization.  Its original goals remain unchanged:  promote genealogical research of all types;  encourage and develop the skills of member genealogists;  locate, preserve, and make available local, private, and public records of genealogical value;  support genealogical libraries of Marion County, Indiana;  and publish materials of genealogical value.  The GSMC’s research library is open every Wednesday from 9:00 a.m. to 4:00 p.m. and the first and third Saturdays of the month from 9:00 a.m. to 4:00 p.m.  The GSMC librarians will also schedule appointments for research at other times.  You can join or donate to the all-volunteer organization by clicking here. 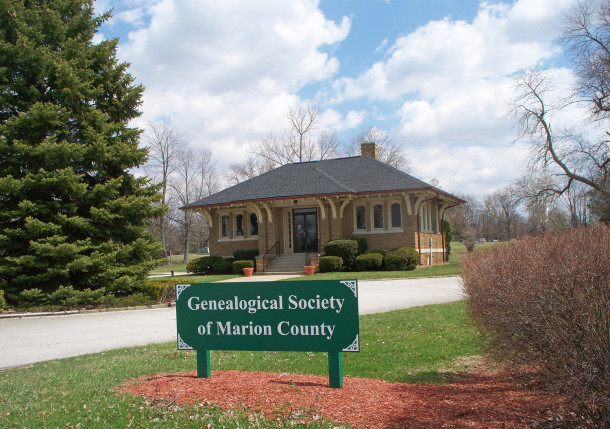 Built in the 1920s, the original cemetery office building is now the home of the Genealogical Society of Marion County     (photo by Sharon Butsch Freeland) 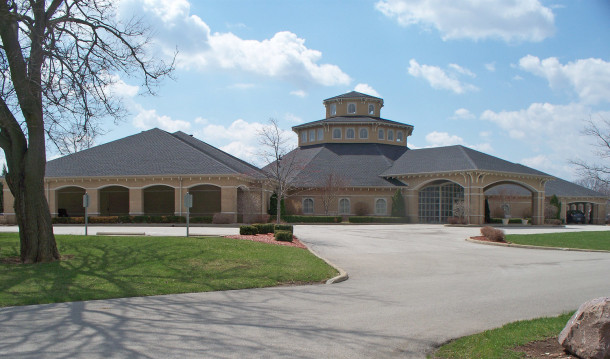 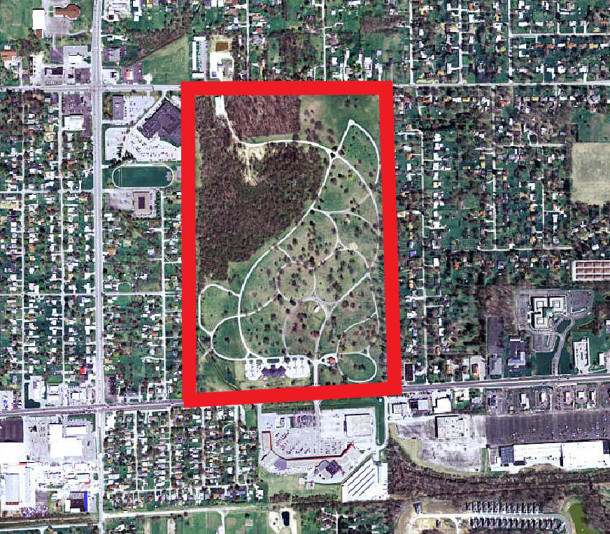