From an 1883 directory of Indianapolis hotels is this listing for the Illinois House, located on the east side of Illinois Street, just south of the Union Depot. 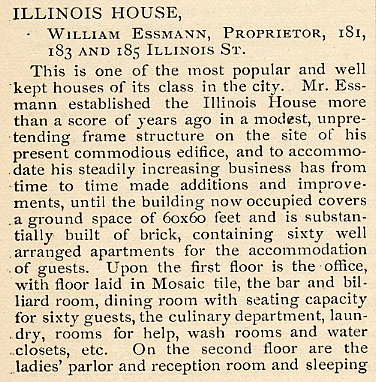 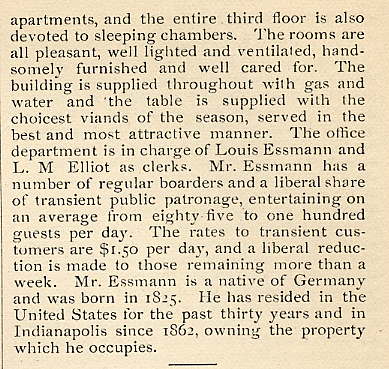 This is one of the most popular and well kept houses of its class in the city. Mr. Essmann established the Illinois House more than a score of years ago in a modest, unpretending frame structure on the site of his present commodious edifice, and to accommodate his steadily increasing business has from time to time made additions and improvements, until the building now occupied covers a ground space of 60×60 feet and is substantially built of brick, containing sixty well arranged apartments for the accommodation of guests. Upon the first floor is the office, with floor laid in Mosaic tile, the bar and billiard room, dining room with seating capacity for sixty guests, the culinary department, laundry, rooms for help, wash rooms and water closets, etc. On the second floor are the ladies’ parlor and reception room and sleeping apartments, and the entire third floor is also devoted to sleeping chambers. The rooms are all pleasant, well lighted and ventilated, handsomely furnished and well cared for. The building is supplied throughout with gas and water and the table is supplied with the choicest viands of the season, served in the best and most attractive manner. The office department is in charge of Louis Essmann and L. M Elliot as clerks. Mr. Essmann has a number of regular boarders and a liberal share of transient public patronage, entertaining on an average from eighty five to one hundred guests per day. The rates to transient customers are $1.50 per day, and a liberal reduction is made to those remaining more than a week. Mr. Essmann is a native of Germany and was born in 1825. He has resided in the United States for the past thirty years and in Indianapolis since 1862, owning the property which he occupies. 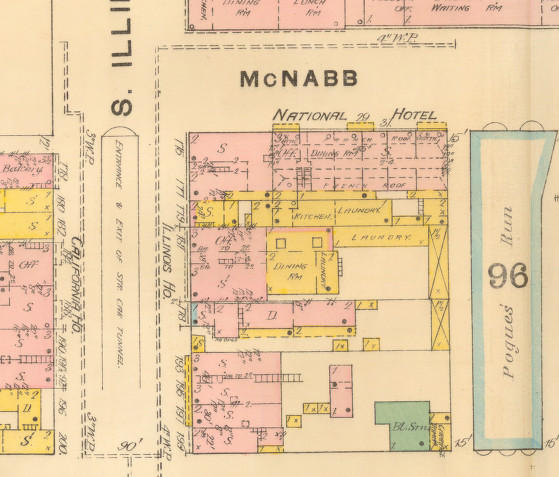 1887 Sanborn map. Illinois House was one of several hotels and houses on the blocks adjacent to the Union Depot (the building at the top of the image). 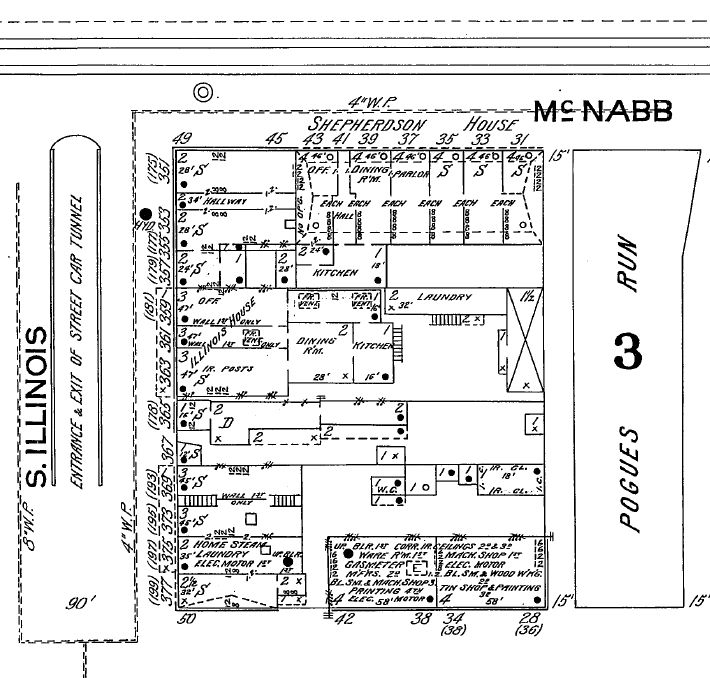 1898 Sanborn map, after construction of the Union Station and new train shed.

The 1914 Sanborn map also shows Illinois House was still there.

As part of the railroad track elevation through Union Station, finished in 1924, the building north of the hotel (containing the National Hotel in the 1914 map) was demolished for the new trainshed. This put the hotel that much closer to the railroad tracks and the accompanying noise. A W. H. Bass Photo Company photo that shows the hotel and new trainshed is available from the Indiana Historical Society (the hotel is at the far left of the photo).

Based on the city directory listings, Illinois House remained in operation, under the same name and at the same location, until some time in the 1930s. By 1941, the hotel was gone, and a parking lot in its place. The parking lot still remains there, just north of the Ugly Monkey. 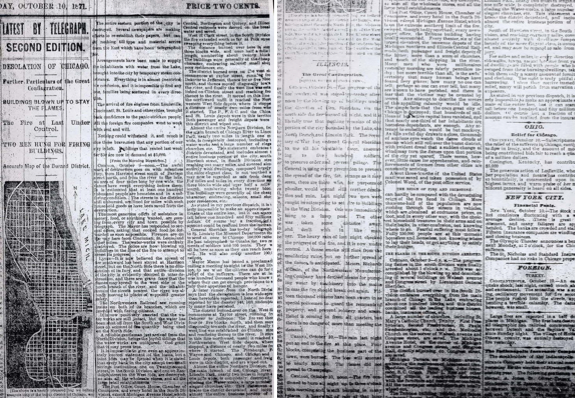 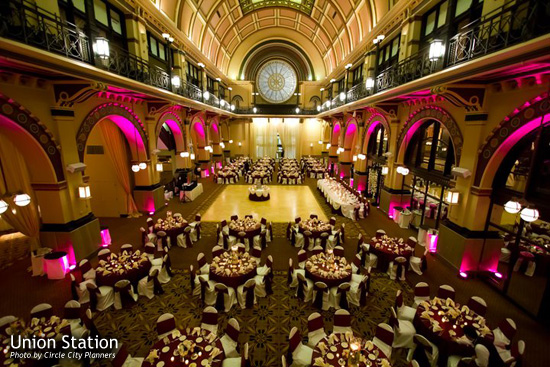